A new federal safety rule on the sale of padded crib bumpers is expected to be handed down soon by the Consumer Product Safety Commission.

It is a change that did not come soon enough for parents who have lost infants to what they and many doctors say are potentially dangerous sleep products.

Laura Maxwell said she has waited more than a decade to see more regulations on crib bumpers after her 7-week-old son, Preston, suffocated in his sleep after rolling into a padded crib bumper.

Maxwell said her husband, Kyle, ran into Preston's room one morning in 2010 after not hearing him make any noise. He found his son lying motionless in the crib.

"I can't even adequately describe the scream that came from my husband's body," Maxwell told "Good Morning America." "Just thinking about it sends chills down my spine. My husband was just standing there holding Preston in his arms and he's like pale and kind of blue."

After attempting to perform CPR on her son and calling 911, Maxwell said she realized what happened. 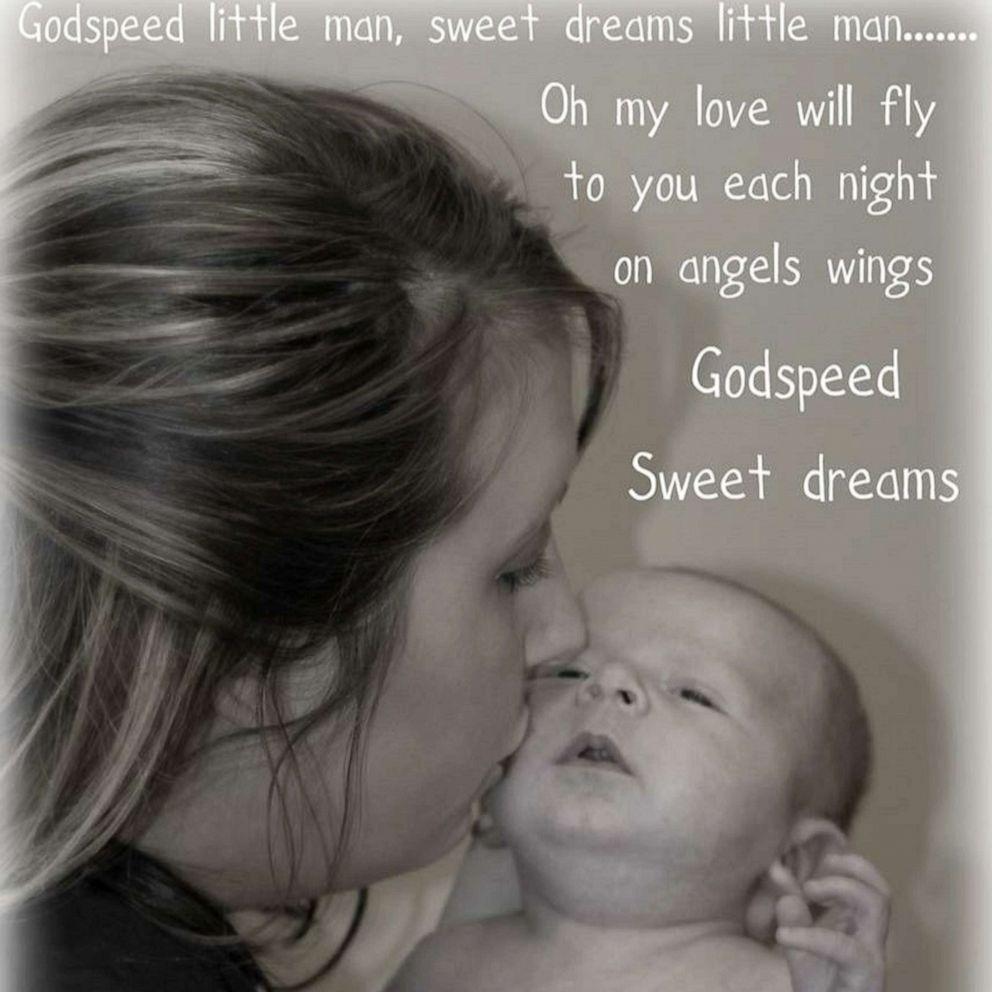 "He rolled out of his sleep positioner and had suffocated completely on his bumper pad," she said. "It was very evident from the way that he was found exactly what caused his death."

According to the autopsy report, the Alaska Medical Examiner found Preston's death to be from "asphyxia from the face being wedged between a crib bumper and mattress." The medical examiner found that Preston "reportedly rolled over a positioner" and was found in that position.

Maxwell sued and later settled with the manufacturer of the crib bumper.

Prior to her son's death, Maxwell said there wasn't anything about bumper pads that she found to be dangerous. She had even used them with her daughter, Emma, who is two years older than Preston.

"I just didn't think anything bad," Maxwell said. "I mean, you go into a store and they have this bed in a bag, and you just think, 'Oh, that's a cute design, and everything that's being sold on a shelf has to meet safety protocols."

"Moms don't know this information," she said of the potential dangers of padded crib bumpers. "This information is not out there, and I'm going to do whatever it takes so that not only are these companies held responsible, but people hear the stories." 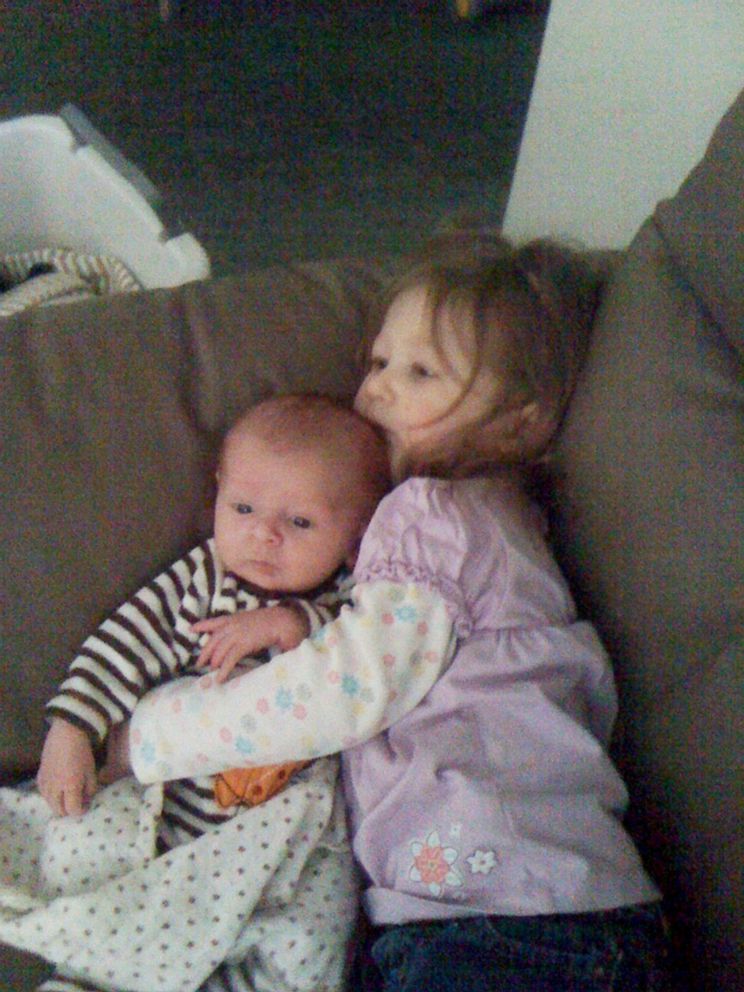 The CPSC, the federal agency tasked with regulating infant sleep products, among other things, voted unanimously last March to move forward with a proposed federal safety rule that would prohibit the sale of padded crib bumpers that fail to meet airflow requirements.

Many experts say the proposed rule, which would also reduce crib bumper thickness and add a firmness requirement for crib bumpers, is a step in the right direction in preventing future infant deaths involving padded crib bumpers, but not enough.

Maxwell, for one, wants to see padded crib bumpers taken off the market completely.

"You don't think something like that, that is going to be sold, could possibly be a suffocation hazard, at least not in my mind," she said. "Through experience, you gain understanding and you realize, OK, I need to be a little bit more cautious about everything."

Maxwell has thrown her support behind the Safe Cribs Act (S.1259), legislation introduced this year by Sens. Tammy Duckworth, D-Ill., Richard Blumenthal, D-Conn., and Rob Portman, R-Ohio, that would ban the sale of padded crib bumpers in the U.S. The bill, which is supported by the American Academy of Pediatrics (AAP), Consumer Reports and the Consumer Federation of America, would also make it illegal in the U.S. to manufacture, distribute or import crib bumpers.

Additional legislation, the Safe Sleep for Babies Act of 2021 (H.R.3182), that would also ban the sale of padded crib bumpers in the U.S., passed the House of Representatives in June.

"Every product that you bring in as a new parent, if it's on a [store] shelf, you assume that it's safe," said Maxwell. "It's their job as lawmakers to ensure that parents are fully aware of the dangers of products."

What advocates say parents should know

Legislation that bans padded crib bumpers is already in place in a handful of states, including Maryland, New York and Ohio, and the city of Chicago.

Most of the state and city bans in place continue to allow the sale of mesh crib liners, as would the Safe Cribs Act.

The safest place for a baby to sleep is on their back.

"What we know about safe sleep is the safest place for a baby to sleep is on their back, not on their stomach, on a firm, flat surface that is designed specifically for an infant without any soft bedding, which is bumpers, blankets, bears, anything that is in the sleep space that can serve as a suffocation or a strangulation risk," said Dr. Ben Hoffman, a professor of pediatrics at Oregon Health & Science University and chairman of the AAP's Council on Injury, Violence, and Poison Prevention.

When those guidelines changed in 2011, mandating a smaller distance between crib slats so babies would not get their heads stuck between them, crib bumpers -- which arguably had lessened that risk -- became unnecessary, but they have remained on the market, despite the safety risk, according to Hoffman.

He pointed out that crib bumpers have also remained popular in things such as interior design magazines, where one often sees photos of well-designed nurseries.

"There are so many things we see that show images of just blatantly unsafe sleep," he said. "There is an assumption that [products] are safe until they are proven dangerous, as opposed to what I think the public believes, which is if something is sold, it is safe." 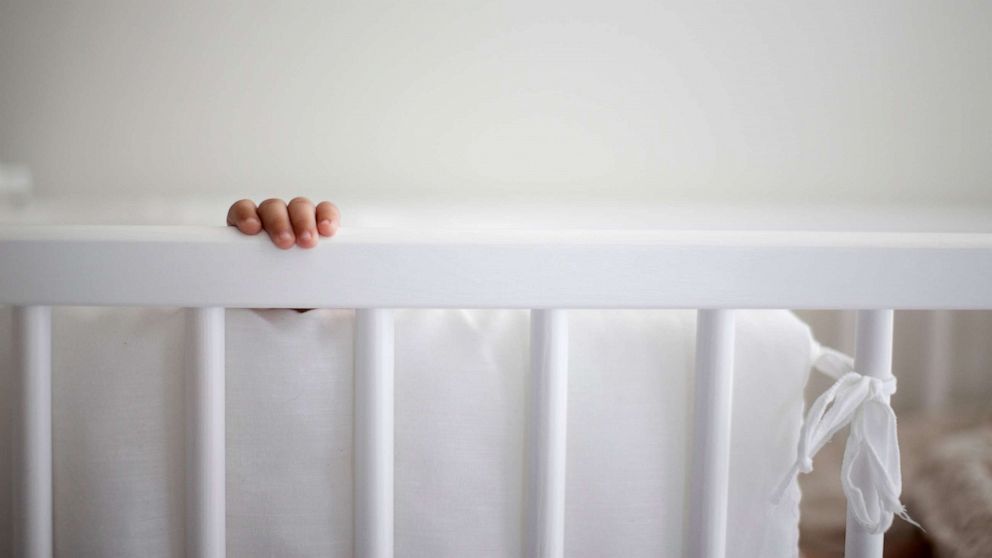 STOCK PHOTO/Getty Images
A baby's hand reaches for the rail of a crib that has a bumper tied to the rails.

Around 3,400 babies in the U.S. die each year while sleeping, in sudden and unexpected deaths, according to the AAP.

Over the past two decades, more than 80 babies have died due to padded crib bumpers, though there are likely more due to the difficulty in classifying the deaths, according to Oriene Shin, policy counsel for product safety at Consumer Reports.

"It is crazy to think that there's a product out there that is marketing itself as protecting babies, when in fact it could contribute to an injury or the unimaginable," Shin said. "We know that we can remove this hazard and not have another infant die because of a crib bumper."

Since the early 1990s, when the federal government launched its "Safe to Sleep" campaign to educate caregivers, the rate for sudden infant death syndrome in the U.S. dropped by more than 50%, according to the National Institutes of Health.

Hoffman said that data proves that safe sleep practices work, but said there are still obstacles caregivers face in the form of cultural norms around infant sleep and what he described as unregulated, unsafe products on the market targeted for infant sleep.

Babies are supposed to wake up every one to four hours.

"As a pediatrician and a father, I know that sleep, especially in those first few months, is one of the hardest things that any parent is going to deal with," Hoffman said. "But the simple fact is that babies are not supposed to sleep all night. They're just not built that way."

"Especially in those first few months, which is the highest-risk period for sleep-related death, babies are supposed to wake up every one to four hours," he said.

Guidelines from both the CPSC and the AAP say caregivers should always place infants to sleep on their backs on a firm, flat surface and should never add "blankets, pillows, padded crib bumpers, or other items to an infant's sleeping environment." 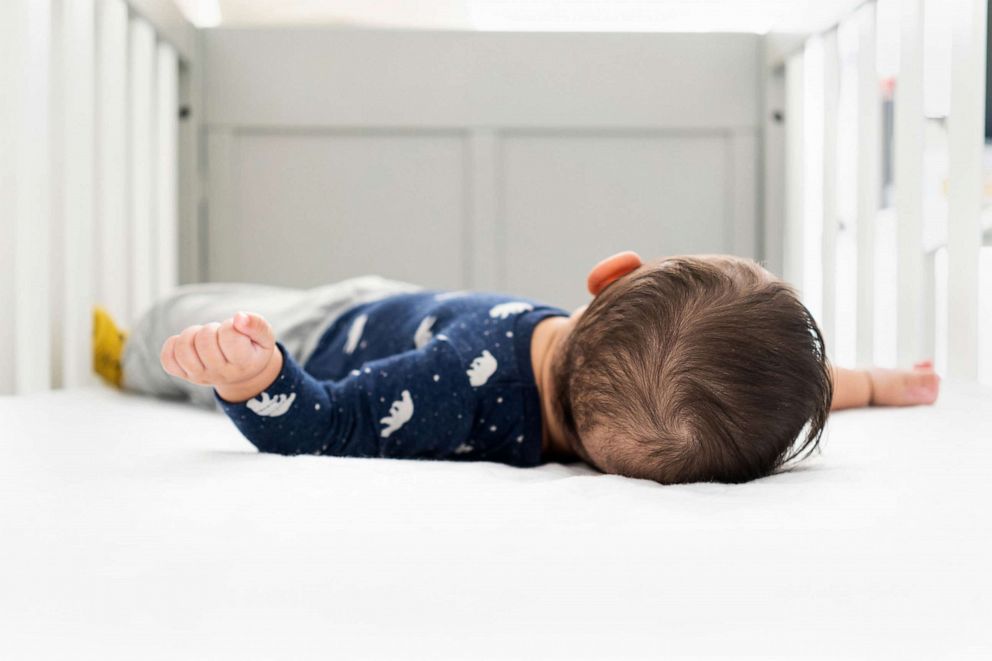 STOCK PHOTO/Getty Images
A baby lies in a crib.

In June, the CPSC approved a new federal rule for infant sleep products that requires products be tested to confirm that the angle of the sleeping surface is 10 degrees or lower and that they comply with the CPSC's Safety Standard for Bassinets and Cradles. The rule will go into effect in 2022.

Until further regulations are passed, Maxwell is continuing to use the experience of her son's tragic death to urge caregivers to do their research on baby products before placing them in a crib or having their child use them.

"Don't just trust what's being thrown out to you in a store situation," Maxwell said. "Do your research. Make sure you're being aware of these products. Be more mindful."