For the past decade, Kaitlin Preble of Tucson, Arizona, said she has gone to her local pharmacy each month to pick up her daughter's prescription for methotrexate, a drug that is used to treat rheumatoid arthritis, among other things.

Preble's daughter, Emma Thompson, was diagnosed at age 3 with juvenile idiopathic arthritis, an autoimmune disease that can cause joint pain and inflammation in body parts including the hands, knees and ankles, according to the Centers for Disease Control and Prevention.

Now 14, Emma relies on methotrexate and a combination of other medications to be able to do basic functions like walking, brushing her hair and attending school in-person, according to Preble.

Preble told "Good Morning America" that in the 10 years Emma has been prescribed methotrexate, she had not encountered any difficulties accessing the drug -- until last month.

In late September, just days after a near-total ban on abortion went into effect in Arizona, Preble said she was denied the medication by a pharmacist at her local Walgreens.

"I went into Walgreens because I'm like, this is my baby, I need to see why they're not going to give it to her," said Preble. "The pharmacist said, 'I denied it because she's 14 years old.' " 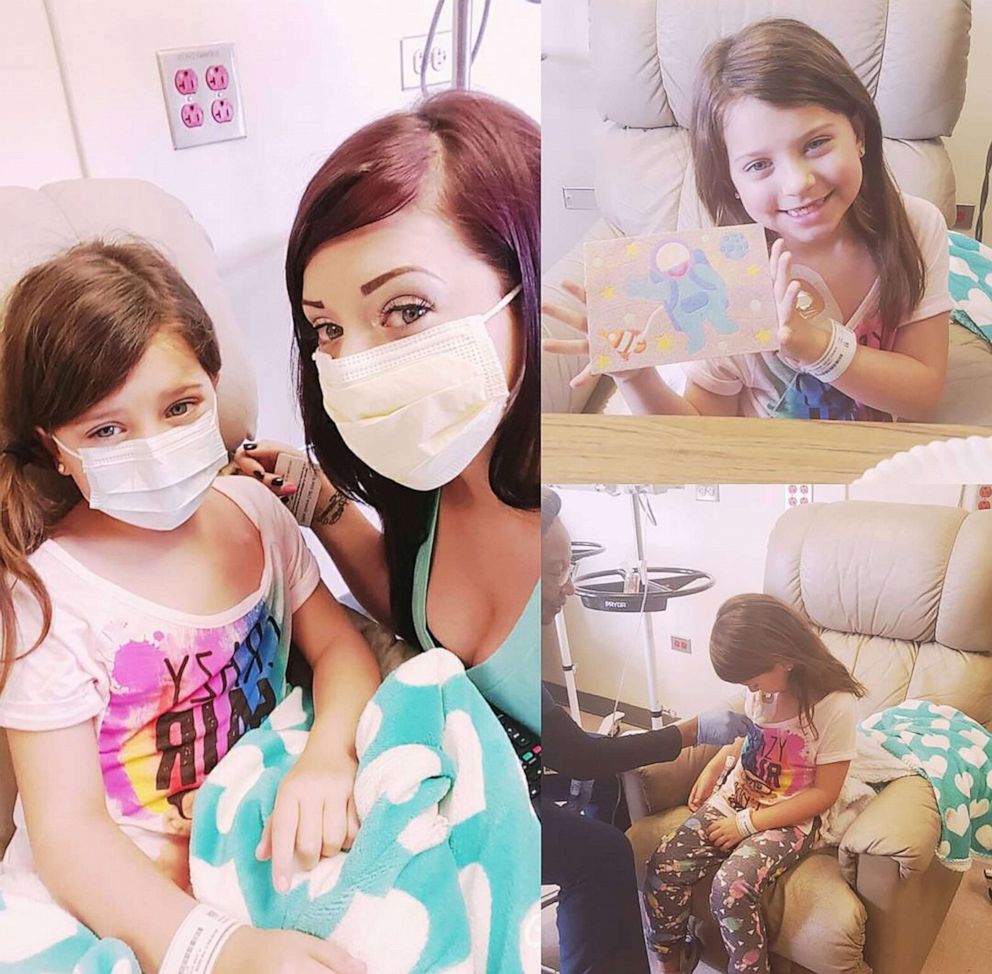 Methotrexate, while prescribed to treat conditions like Crohn's disease, psoriasis and cancer, in addition to arthritis, can also be used at higher dosages to medically terminate pregnancies.

Preble said she believes Emma's prescription for the medication was initially denied because of confusion under Arizona's abortion restrictions that were put in place after the U.S. Supreme Court overturned Roe v. Wade in June.

On Sept. 24, a 15-week abortion ban that was signed into law in March 2022 by Arizona Gov. Doug Ducey went into effect in the state.

Separately, on Sept. 23, a state judge granted Arizona Attorney General Mark Brnovich's request to lift an injunction on a near-total ban on abortion, passed in 1901, only allowing exceptions to save the life of the mother.

Preble said the month prior, she had been questioned when picking up Emma's prescription for methotrexate about how much she took and why she took it, but was given the medication. 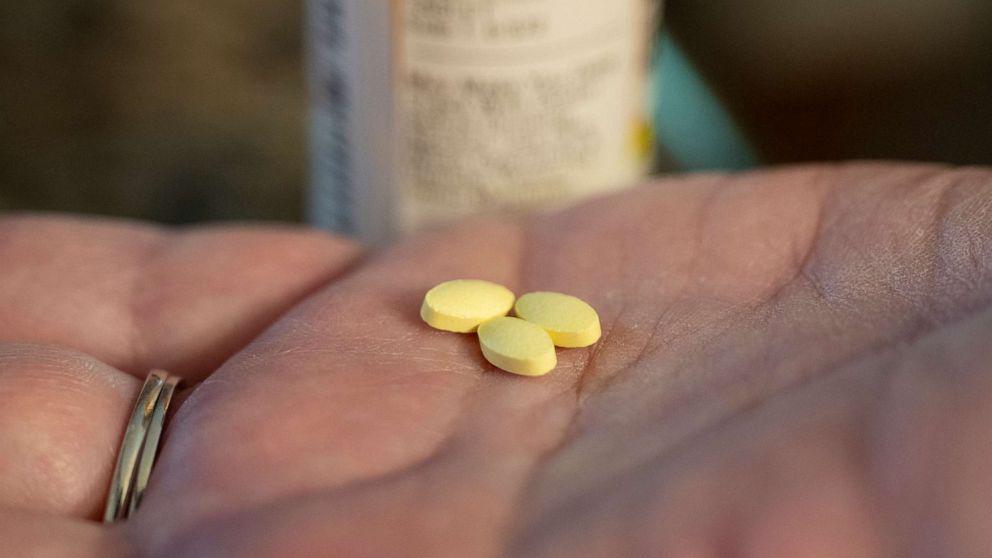 She described being in tears upon learning that this time, the medication was denied, saying, "I was scared for my daughter. It's the unknown."

Preble said she interacted with a pharmacy tech at Walgreens, who conferred with the pharmacist on duty and ultimately gave her the medication.

MORE: Young women are angry about abortion rights, but will they tip the midterm elections?

"I did end up leaving with the medication that day, but I don't know if it's going to be filled next month," she said. "I don't know what the future holds right now, and not only for my daughter, but for every little girl that that needs this medication, whether it's for arthritis, whether it's for Crohn's disease, and not just girls, women in general."

A Walgreens spokesperson told "GMA" the company cannot comment on individual patients, but said it is working to help pharmacists "understand the latest requirements" in different states.

"Our focus is meeting the needs of our patients and making sure they have access to the medications they need, in compliance with applicable pharmacy laws and regulations," the spokesperson said in a statement. "New laws in various states require additional steps for dispensing certain prescriptions and apply to all pharmacies, including Walgreens. In these states, our pharmacists work closely with prescribers as needed, to fill lawful, clinically appropriate prescriptions. We provide ongoing training and information to help our pharmacists understand the latest requirements in their area, and with these supports, the expectation is they are empowered to fill these prescriptions."

Welcome to AZ. Today a pharmacist denied the MTX refill for my adolescent patient. She's on 5 mg/wk to prevent AHCA Ab production. MTX denied purely because she's a female, barely a teenager. Livid! No discussion, just a denial. Now to fight for what's best for this pt.

Power told "GMA" that Emma was her first adolescent patient to face a denial of a methotrexate prescription.

She said she shared it on Twitter as a wake-up call to people that non-abortion related health care was being impacted in a state like Arizona with abortion restrictions.

"I wanted folks to think about the ramifications beyond the obvious, banning abortion, how it affected women's health in a broader aspect," said Power. "This is health care for women, period. It's not just reproductive health, but it's their health in terms of rheumatologic problems and so many other conditions."

Power said she contacted state and federal legislators and the state pharmacy board about the incident, and plans to keep speaking out.

"We are part of the noise of getting the word out and I think that's how you start to affect change," said Power. "None of my male patients have had methotrexate denied. There's been no issue about getting their refills."

This week, the Arizona Medical Association and a physician filed a lawsuit, asking a court to provide clarity amid what they say is "significant confusion" over the state's abortion laws.

In July, the American College of Rheumatology issued a statement addressed to policymakers, calling on them to continue to make methotrexate "accessible."

"Methotrexate remains the standard of care for a variety of autoimmune diseases. Therefore, methotrexate must remain accessible to people with rheumatic diseases, and legal safeguards must protect rheumatology professionals, pharmacists, and patients from potential legal penalties," the college said.

Preble said she will continue to speak out and fight for Emma's access to methotrexate because she has seen what a difference the medication has made in Emma's life.

Since being diagnosed at age 3, Emma has faced countless hospitalizations and years of being barely able to leave the house due to pain, according to Preble. 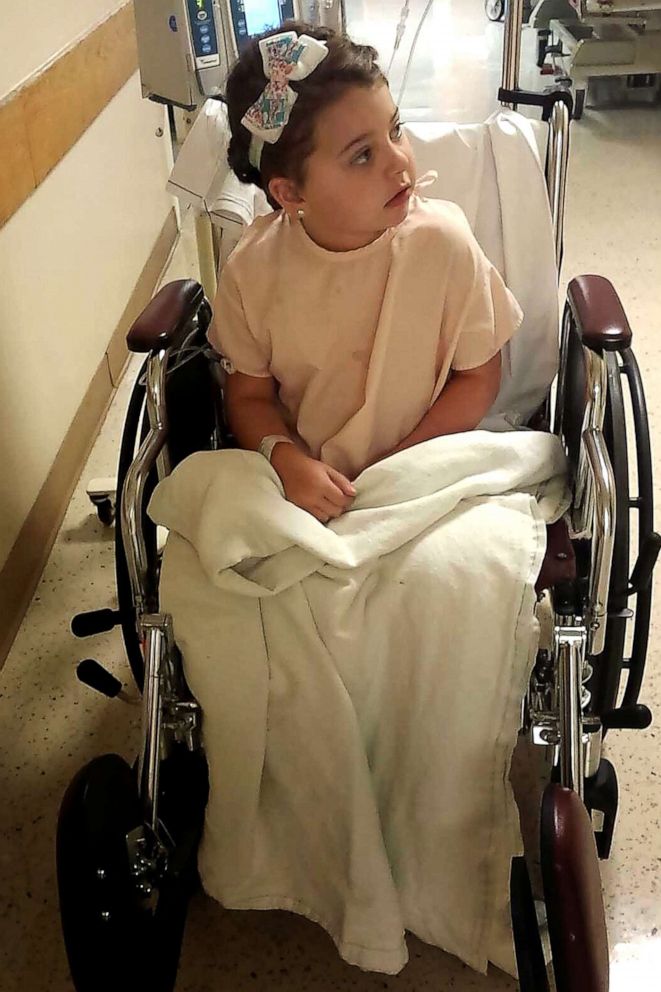 This year, Emma's freshman year of high school, is the first in many years that she's been able to attend fully in person.

Both Preble and Power said it took several years to get the right dosage of methotrexate with other medications to allow Emma to live her life. 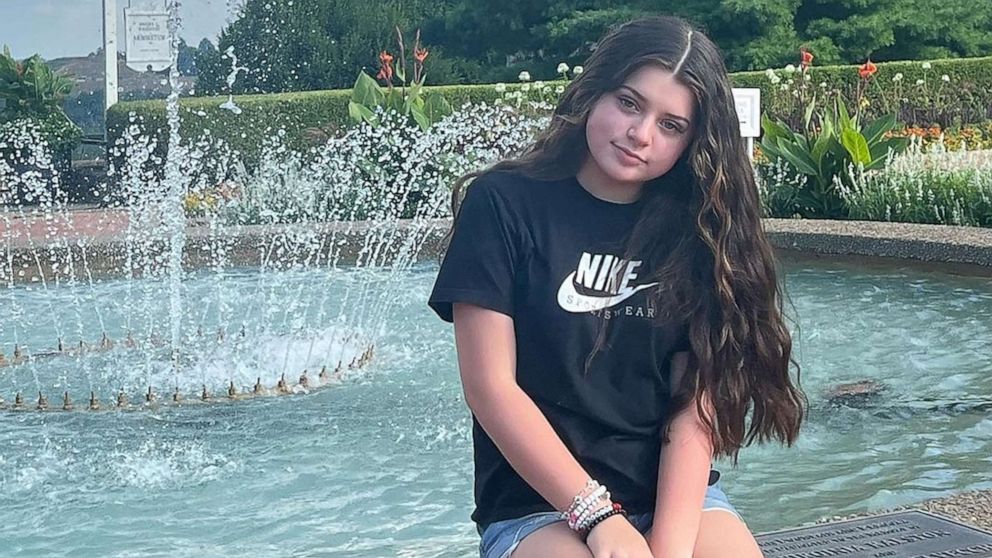 "She's able to walk to her classes. She's staying healthy and getting good grades. She's able to shower on her own, able to stand up and go out to eat if she wants," said Preble. "She's feeling good enough to do those things, where before it was just, 'I want to stay home. I don't feel very good.' "

"It fills me with so much happiness to see where she is right now, and I couldn't imagine her not being able to continue where she wants to go in life," she added.