A mother and her ambitious weight loss journey is receiving global support after a video of her exercising was viewed by millions.

In fall 2018, Leneathra Reed, a certified pharmacy technician from Meridian, Mississippi, kicked off her plan to lose 451 pounds.

Starting at her heaviest weight of 626, Reed's goal is to get down to 175. Her decision to make a change came from not being able to provide an "energetic lifestyle" for her 2-year-old daughter, Kenlyn.

"I couldn't get down on the floor and play with her... even giving her a bath was a challenge," Reed, 39, told "Good Morning America." "I said, 'You want to be here for your daughter? It's time to get up and do something about it.'"

Reed said she hasn't been overweight her entire life, but put on pounds over the course of 12 years after undergoing breast reduction surgery.

She said that during the procedure, her lungs collapsed and she was placed on life support. Afterwards, she was put on steroid medication which was the start of her weight gain followed by an unhealthy lifestyle, she said.

"Even right now, I can't go to the movies because I can't sit in the chair," Reed explained. "I went to see 'Black Panther' when it came out and I was so embarrassed and ashamed because I had to place a chair in the handicapped section." 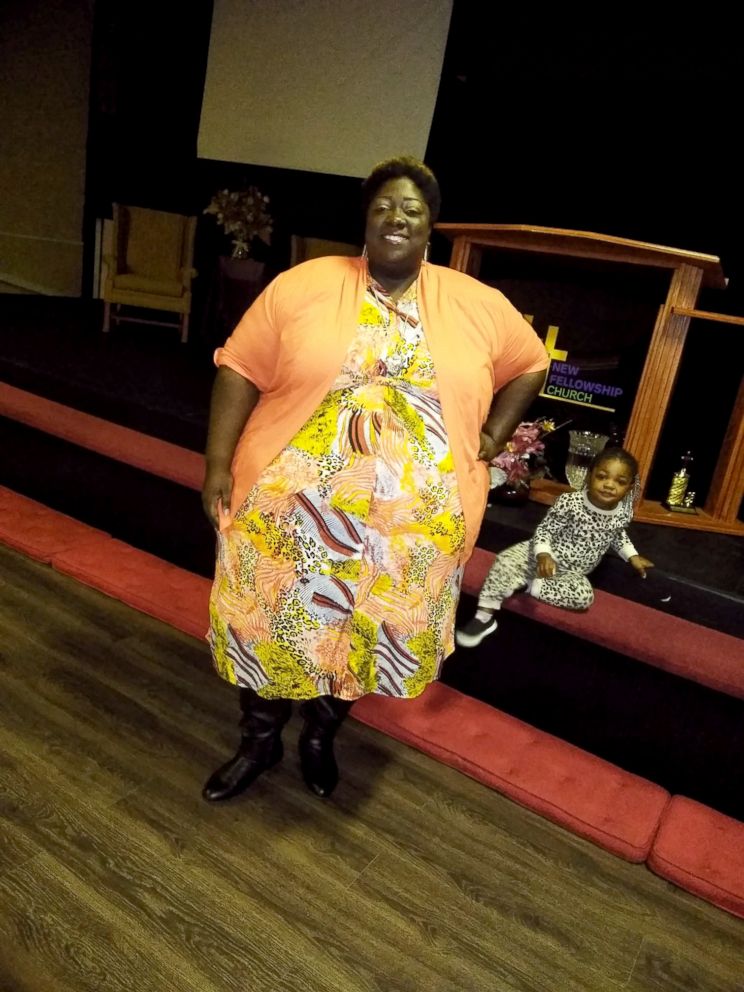 I can't go to the movies because I can't sit in the chair.

"I said [to myself], 'There has to be something better than this.'"

In November, Reed was introduced to Frank Harbin, owner and trainer at Total Body Transformation Gym in Meridian.

"As she started being more mobile and seeing results, her determination got stronger and stronger and now she's doing whatever it takes to live for her daughter," Harbin told "GMA." "I always tell her, 'do something today that your future self would thank you for.'" 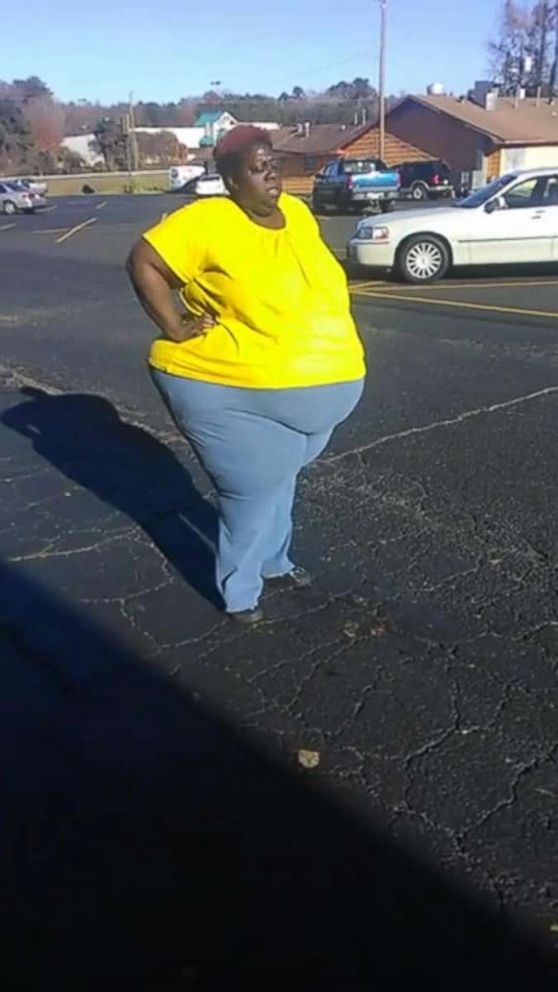 He went on, "She's on the right track and like I told her, 'you didn't put [the weight] on overnight, so don't expect it to come off overnight.'"

In November, Harbin posted a video of Reed during their workouts. Harbin can be heard motivating Reed as she did sit-ups, low jacks, jogging and training with sledgehammers.

"Day number three," Reed says in the footage. "I can breathe a little better today. Yay!" 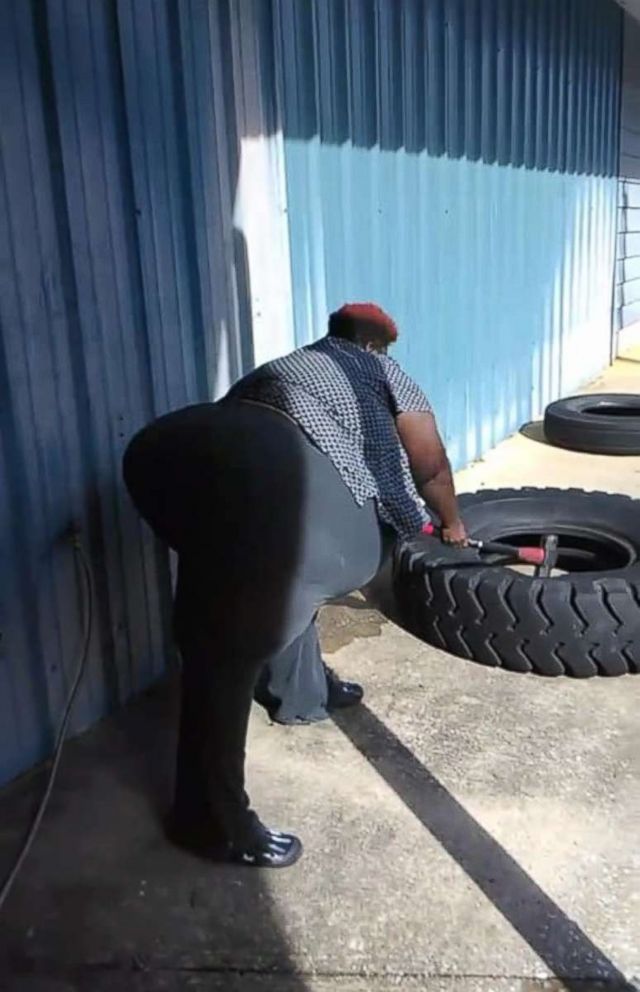 Frank Harbin/Facebook
Leneathra Reed, 39, of Meridian, Mississippi, has kicked off her plan to lose 451 pounds with her goal weight being 175.

The video has been viewed 52 million times and received 97,000 comments on Facebook from supporters sharing before and after photos of their own weight loss success.

"She just motivated me to get off my butt and get this weight off. Keep up the good work sista," said another.

I said (to myself), 'There has to be something better than this.'

Harbin said many people wanted to give up their goal until they saw Reed's determination.

"People get discouraged and they don't want to come around [because of their weight]," he said, "When [Reed] started coming in people said, 'if she can do it, I can do it.'" 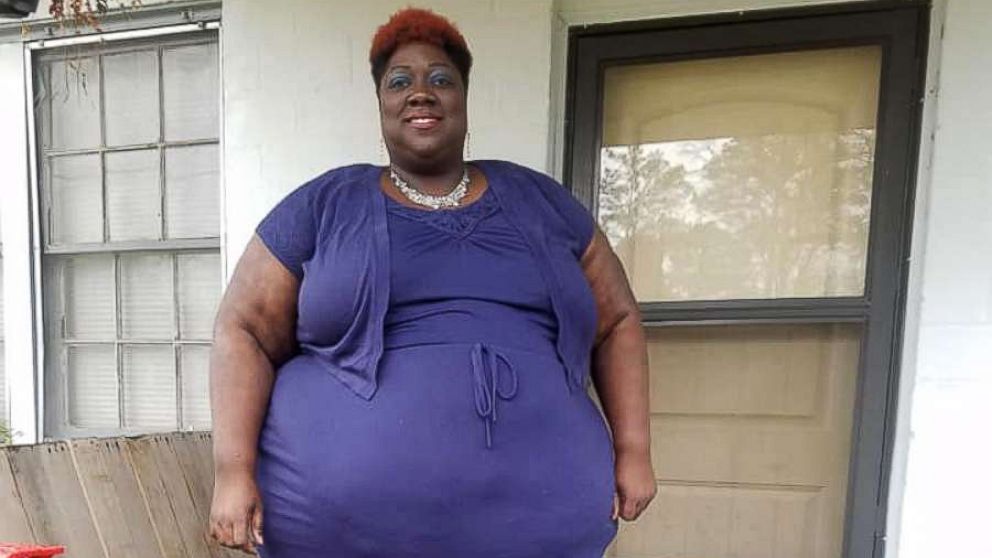 Reed said she is thrilled by the outpouring she's received from strangers all over the world.

"It really touches my heart," she said. "It makes me nervous to put myself out there and be vulnerable to criticism but as far as the support, it's really heartwarming because that's what I set out to do is inspire others."

Reed said she's looking forward to having better mobility and taking her daughter on vacation after she hits her goal weight.