Early in the novel coronavirus pandemic, encouraging data suggested that infants born to mothers with COVID-19 did not acquire the virus before birth, a process called vertical transmission. However, three new reports released in The Journal of the American Medical Association unfortunately suggest the opposite may be true.

Vertical transmission, or the spread of infectious disease from mother to child, initially seemed unlikely based on initial COVID-19 case reports as well as historical data from the outbreaks of MERS and SARS, close cousins of the novel coronavirus. To date, data has been published on 19 infants born to mothers with COVID-19, all of whom subsequently tested negative for the virus.

However, a study released from Wuhan’s Children’s Hospital evaluated 33 newborns born to mothers with COVID-19 pneumonia, finding that three of these infants (9%) fell ill. The physicians involved noted that strict infection control procedures were followed during delivery, suggesting that the virus didn’t infect the infants during or after delivery, and instead likely came from the mother while they were still in the womb.

Fortunately, all three infants pulled through. Two of the infants were born full-term via C-section and developed fever, lethargy and pneumonia on chest radiographs. The third infant required more intensive care, but was also significantly premature - born at only 31 weeks gestation, or six weeks early.

The premature infant also was found to have sepsis, or a blood infection caused by a bacteria. With this, along with the complexity that inherently goes along with prematurity, it is unclear how significantly COVID-19 affected the infant’s health. Fortunately, respiratory support and antibiotics led to improvement and recovery.

The two additional research letters released on March 26 report a different sign of potential mother-to-child transmission. In a bit of a medical mystery, researchers describe case studies of three infants that did not have symptoms nor test positive for active COVID-19 infections, but did have specific antibodies, or immune proteins, called IgM.

What to know about the novel coronavirus:

IgM is usually produced in response to a pathogen three to seven days after infection. It is not usually transferred from mother to fetus because of its larger structure, which is too big to cross the placenta.

Researchers suggest that if coronavirus-specific IgM is present at birth, it could either indicate that the infant had produced its own IgM in response to the virus or the mother’s IgM was transferred to the baby through a damaged placenta. 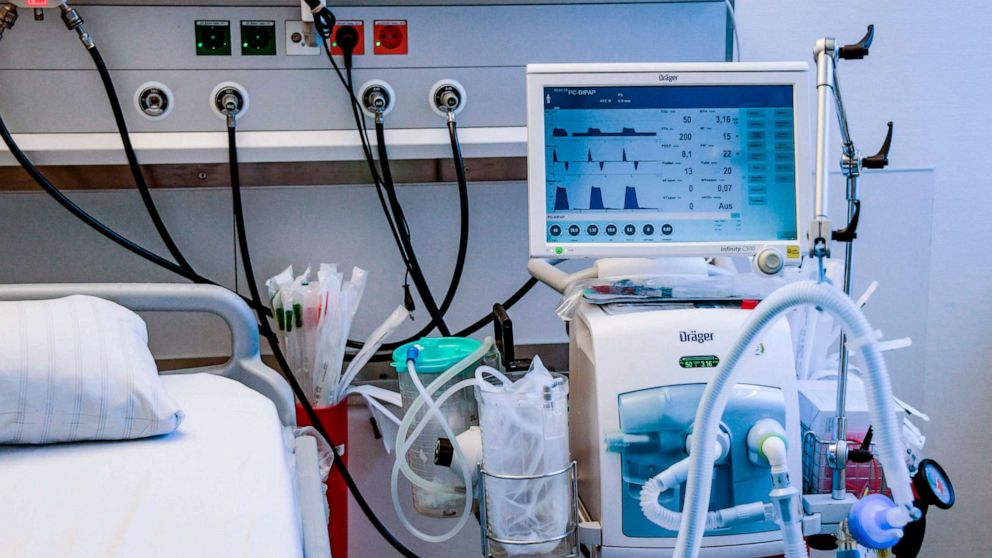 Axel Heimken/POOL via Getty Images
A ventilator is pictured during an instruction session with doctors at the Universitaetsklinikum Eppendorf in Hamburg, Germany, March 25, 2020.

The first of these case reports reviewed the laboratory results of six pregnant women with mild COVID-19 who were admitted to Zhongnan Hospital of Wuhan University. All gave birth via C-section using multiple infection control measures, including isolation of their infants immediately following delivery. Two of these six infants had IgM present, but none had symptoms and were repeatedly negative when tested for the virus.

MORE: A third report a job loss, half a pay cut as coronavirus crisis grips the economy

A separate report from Renmin Hospital of Wuhan University had similar findings, but focused on only one infant. This mother was sicker than the others and was treated with antiviral, antibiotic, corticosteroid and oxygen therapies. She gave birth via C-section nearly one month after contracting the virus and her infant, too, was positive for coronavirus-specific IgM.

While these findings are difficult to interpret given their paucity of accompanying clinical details, these isolated case studies are still worthy of special attention.

Scientists and researchers are still studying these cases to see if they offer any clues about how to best protect the health of infants and mothers with COVID-19 infection. Until we have more data, pregnant women and women hoping to soon become pregnant should continue to seek guidance and medical care from health professionals.