A New York man who was born prematurely 27 years ago and spent 40 days in a neonatal intensive care unit says he plans to go back to the NICU, this time as a doctor specializing in infant care.

It's a full-circle moment for Marcus Mosley, who graduated from the CUNY School of Medicine at City College of New York Thursday. 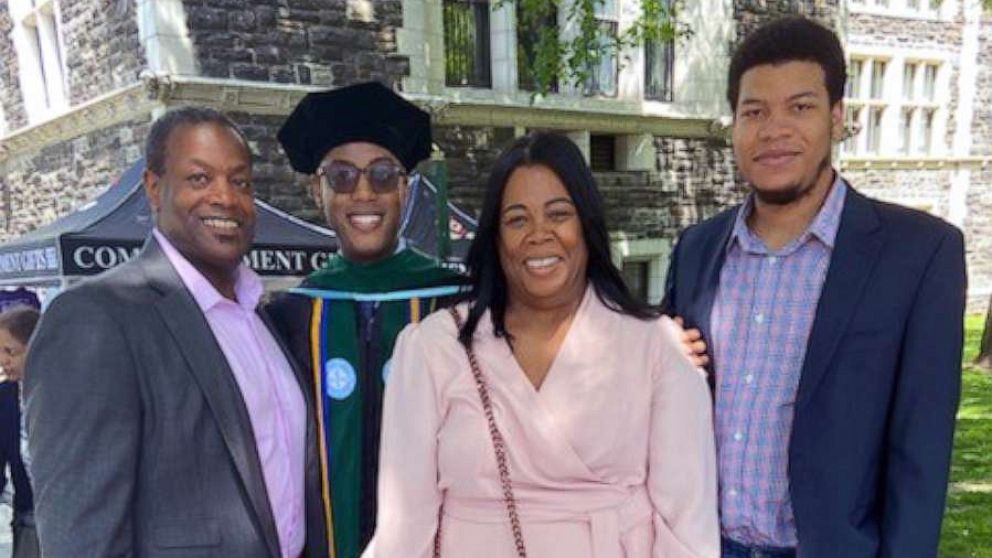 Marcus Mosley
Marcus Mosley graduated from CUNY School of Medicine in New York City on May 26, 2022.

Mosley's mother, Pauline Mosley said she remembers what it was like right after her oldest son was born at 26 weeks in December 1995.

"It was very frightening when he was born and they told me that he was in the NICU," the 57-year-old mom of two recalled to "Good Morning America." "The doctors told me, they just kept giving me all these different percentages of very slim chance of him being normal, like less than 10% chance. They kept saying 90%, he might not be able to see. Eighty to 90%, he would have developmental delays. They didn't know." 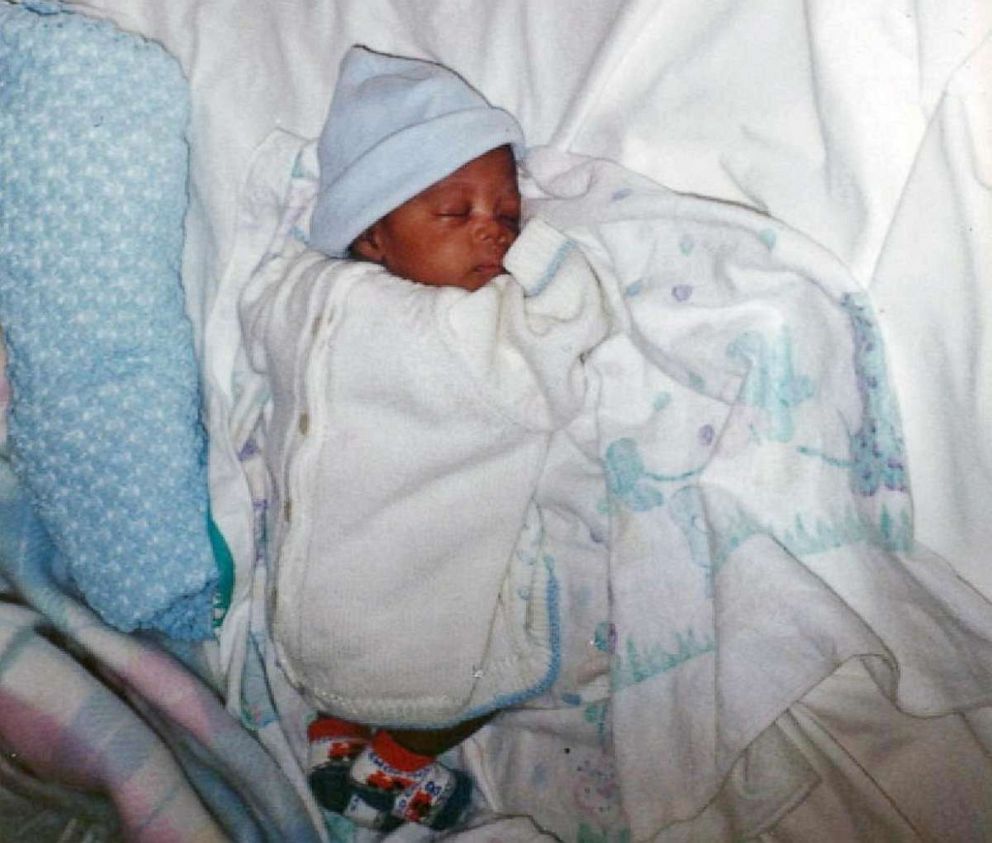 Pauline Helen Mosley
According to his mother, Pauline Mosley, Marcus Mosley was born premature at 26 weeks.

But despite all the scary-sounding statistics and early prognosis, Mosley overcame the odds and thrived. 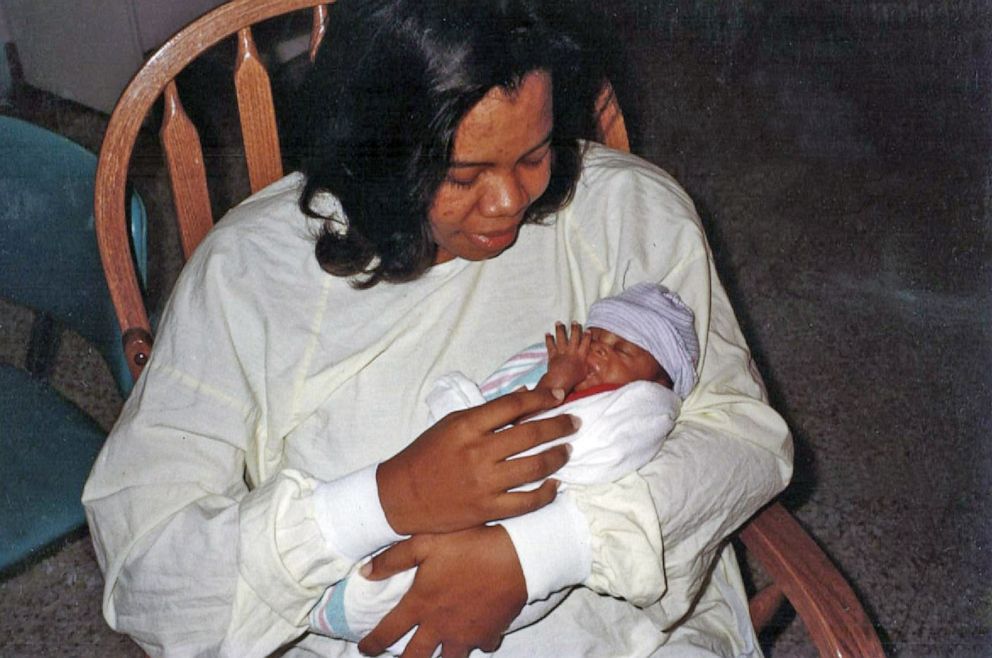 Pauline Helen Mosley
Marcus Mosley had to spend 40 days in the NICU after he was born in December 1995.

Pauline Helen Mosley
Marcus Mosley said his parents often recounted his birth story to him every year on his birthday.

When he was 13, his parents took him back to the NICU at Westchester Medical Center in Valhalla, New York, where he was born, for a visit. His mother said they had no idea the visit would become a major turning point in the boy's life.

That's where Mosley would meet Dr. Edmund LaGamma, the chief of neonatology at Maria Fareri Children's Hospital at WMC.

"He had called and said that he was a former patient of the Regional Neonatal Intensive Care Center and he was in high school and wanted to know if he could do a shadowing program over the summer," LaGamma recollected. 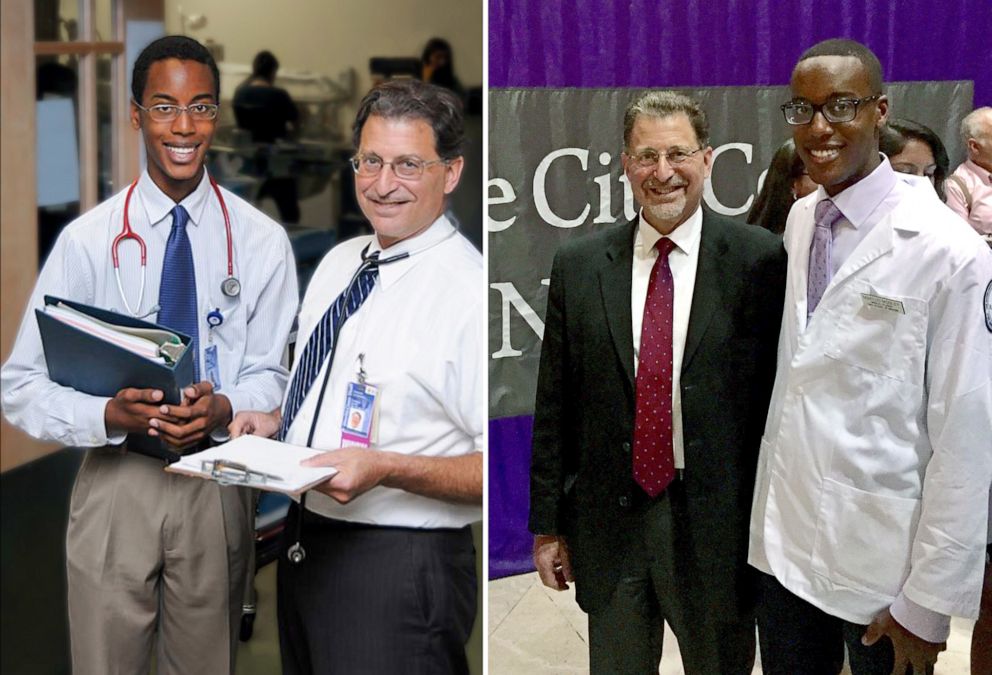 "The more we spoke, the more I realized that although he was a patient … that was a particularly important era when a lot of advances had been made. So I said, 'Oh, great. Yes. Why don't you come and join us on rounds and that'll be kind of an interesting experience for you to see what you were like when you were 1000 grams. [approximately 2.2 pounds]"

For Mosley, the shadowing experience left an indelible impression.

"I was looking for research opportunities and I contacted him and that's when I then began to shadow in the NICU," Mosley told "GMA." "That is what really piqued my interest and then solidified my interest in wanting to go into medicine."

LaGamma would become a mentor to Mosley who was enrolled in an accelerated B.S./M.D. program at City College, LaGamma's alma mater a few years after the pivotal NICU visit.

"I'm really excited and looking forward to starting residency and to be able to take care of patients now," Mosley said. "I'll be responsible for patients and involved in patient care and treating families."

LaGamma says he thinks his mentee is well on his way to achieving everything he's set out to do. "I think he has that personality which comes across as engaging and inviting so that he'll do well as a pediatrician," LaGamma said. "I joke with him that I'll be interviewing him in a couple of years for his fellowship position here in Westchester and he thought that was a good idea."