A plant-based diet that encourages eating like the Vikings did has made it for the first time onto the U.S. News and World Report’s annual diet rankings.

The Nordic diet, focused on vegetables, whole grains, fatty fish and berries, is tied for third place in the best plant-based diets on U.S. News and World Report’s newly-released list of best diets for 2019.

The diet, named for the region that includes Norway, Iceland, Finland, Denmark, and Sweden, is an example of a growing interest in diets followed by some of the healthiest people in the world, according to Angela Haupt, assistant managing editor of health at U.S. News and World Report. 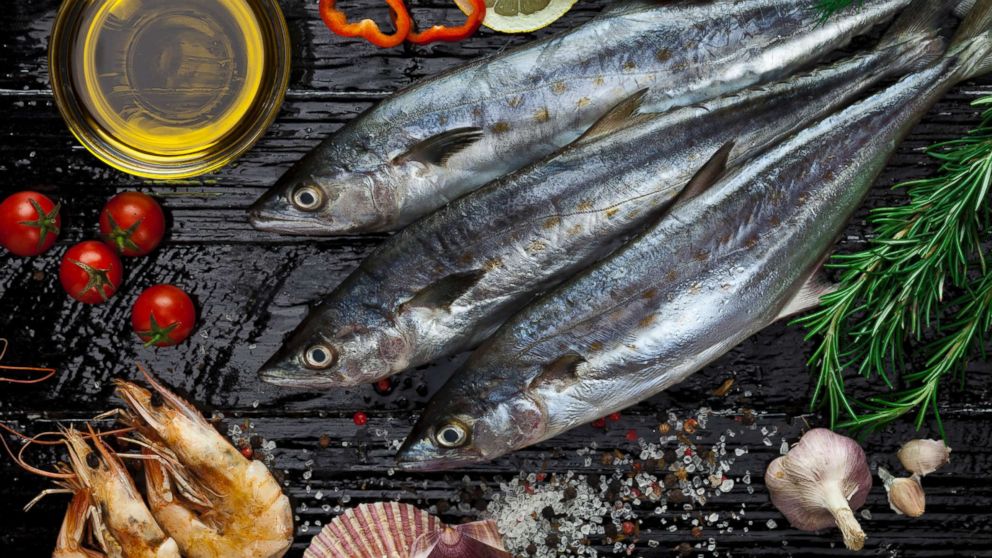 “We are seeing an interest in people eating to mimic the eating patterns of people in spots of the world where people are particularly healthy,” she said. “People are looking at what we can learn from them.”

Another diet based on a healthy region of the world, the Mediterranean diet, holds the top overall spot this year for the first time in U.S. News and World Report’s rankings. 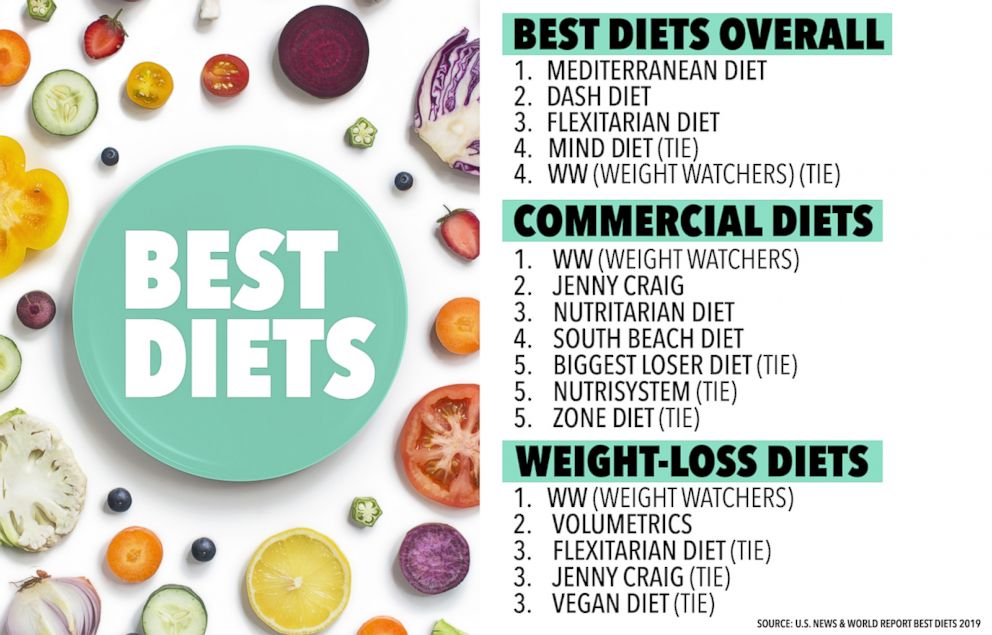 It is followed by the DASH Diet, which tied the with Mediterranean diet for the top spot last year. The DASH diet had been ranked as the No. 1 overall diet by U.S. News and World Report for the previous eight consecutive rankings.

“These diets that are consistently top performers are scoring well, from nutrition to helpfulness, ease, ability to help prevent chronic conditions and more,” Haupt said. “It reinforces that everything we’ve been told about dieting and weight loss does remain true.”

“The top diets promote eating the foods that we’ve been told to eat, like whole grains, fruits and veggies, and going easy on sugar and saturated fat,” she added. “Those things may seem mundane because they’re so basic and yet we see year over year that those are the diets that work and have staying power and are the healthiest for us.”

Some of the trendiest diets, like ketogenic and Whole30, again fell to the bottom of the overall diet rankings. Those two diets tied for the 38th spot out of 41 diet plans reviewed by U.S. News and World Report’s panel of medical experts. 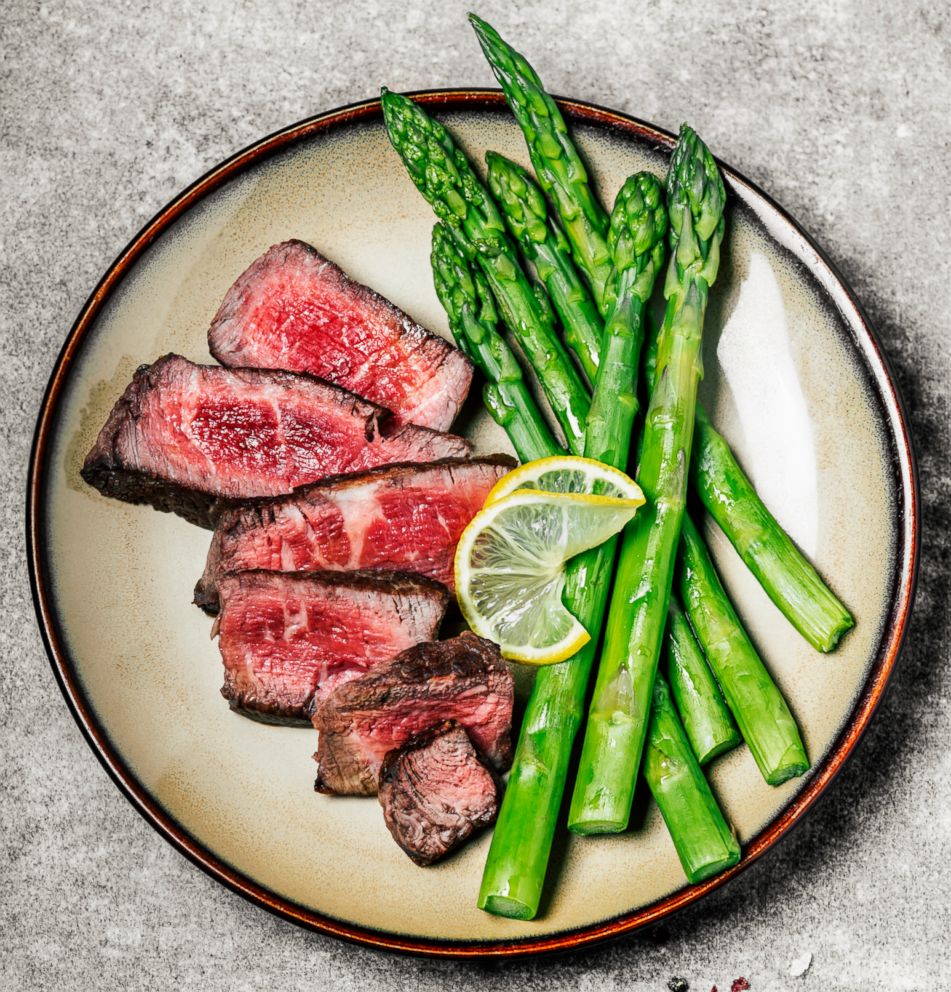 STOCK PHOTO/Getty Images
Sliced steak with asparagus is a good meal for someone on a keto diet.

The Dukan Diet, which promotes a strict, high-protein way of eating, took last place for 2019.

“Every year we have a new fad or trend or a flashy diet but that trickery doesn’t amount to much and you don’t need something that’s excited or really even complicated,” Haupt said. “At the end of the day, it comes to down to these common sense, unsurprising nutrition rules that we know.”

The ketogenic, or keto, diet, which focuses on high-fat, low carbohydrate eating, jumped 11 spots to tie for the No. 2 ranking for Best Fast Weight Loss, showing the diet works for weight loss but may not be sustainable or healthy, according to Haupt. 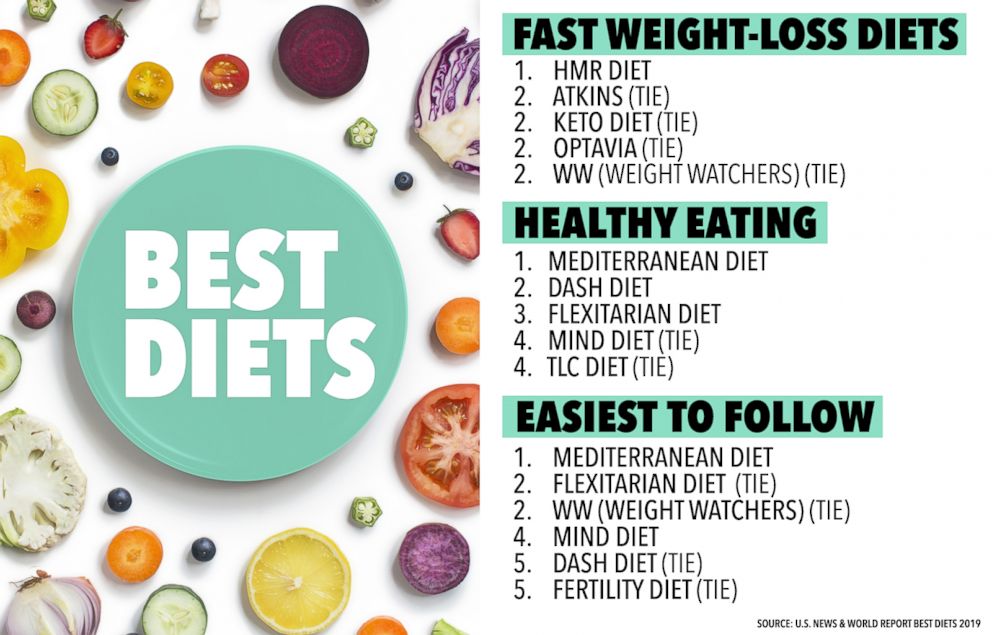 “Our experts say [keto] is effective for short-term weight loss but they all emphasized it does not mean it’s a good idea for long-term health,” she said. “One expert said it actually contradicts everything we know about long-term health.”

Here is a breakdown of the diets that rounded out the top five in U.S. News and World Report's 2019 Best Diets Overall ranking.

U.S. News and World Report called the diet a "well-balanced eating plan" and pointed to research that suggests the diet helps prevent some chronic diseases and increases longevity. 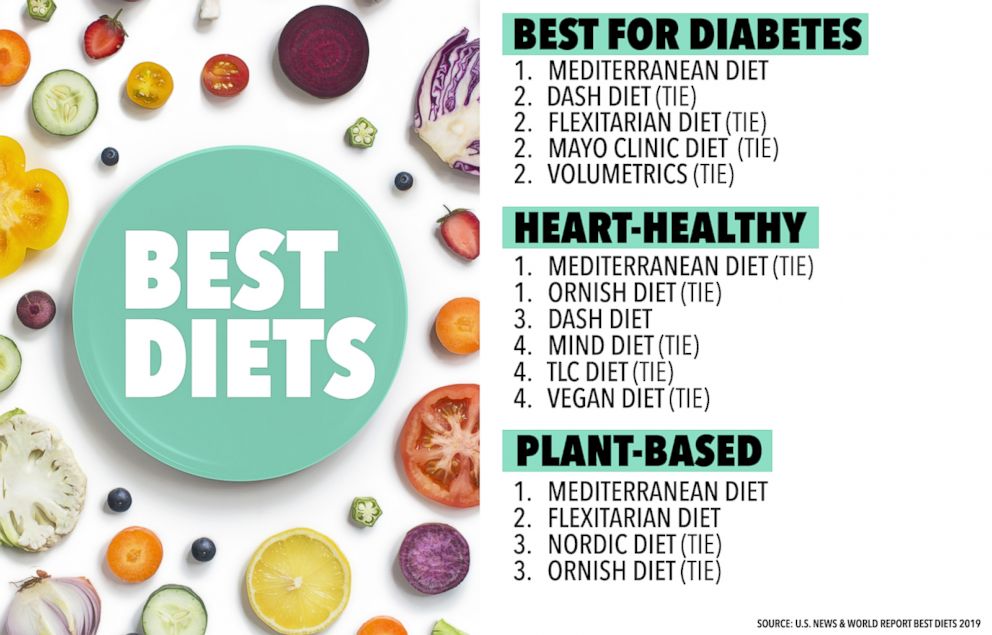 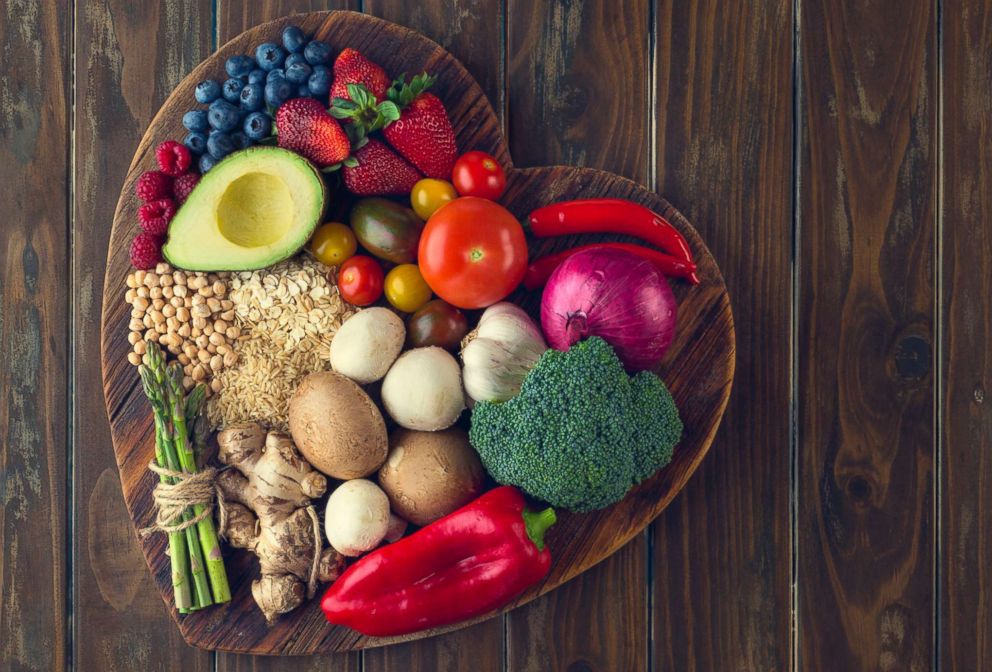 A 2018 study found the DASH diet can reduce the risk of depression later in life. 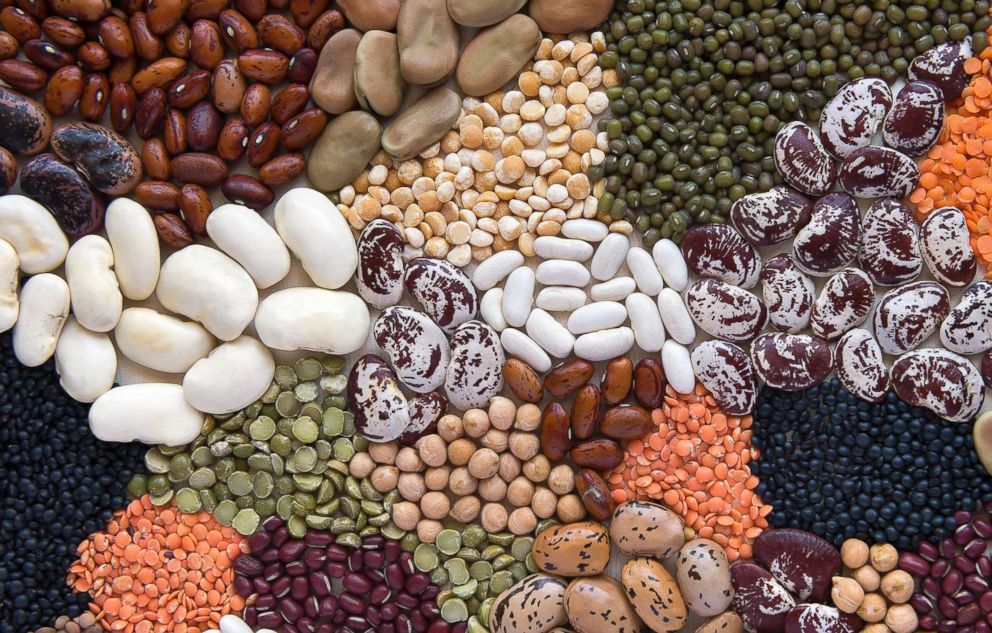 STOCK PHOTO/Getty Images
A selection of beans and lentils. 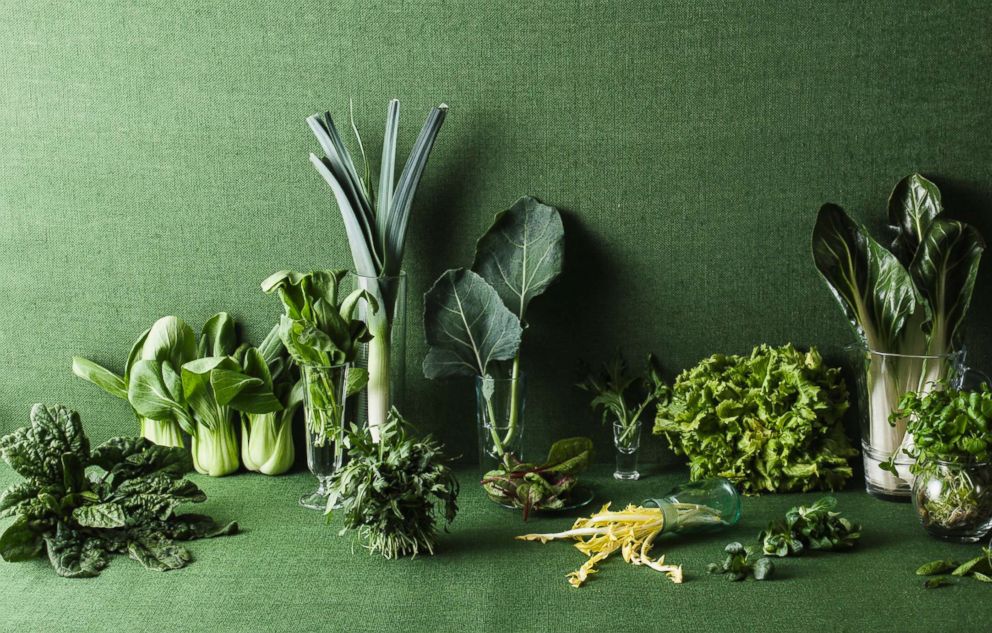 The Mediterranean-DASH Intervention for Neurodegenerative Delay (MIND) diet, ranked five last year, is a hybrid of the top-rated DASH and Mediterranean diets.

WW, formerly Weight Watchers, ranked in the top five for best diets overall and also obtained the No. 1 rankings for Best Commercial Diet and Best Weight Loss Diet for 2019.

The program, which is backed by Oprah Winfrey and recently signed on Kate Hudson as an ambassador, rebranded in 2018 with a new name, WW, and a focus on wellness.

WW offers its members support online and is well-known for its in-person group meetings.