A Texas doctor who survived six brain surgeries and a stroke is now treating people at the same hospital where she used to be a patient, bringing a unique perspective to her practice as a physical medicine and rehabilitation (PM&R) physician.

"You learn so many things in medical school but one of the things you don't learn is how to be a patient," Dr. Claudia Martinez told "Good Morning America." "What they're feeling, what they're thinking, what their families are thinking -- and we went through that for so many years, me and my mom, just navigating the medical system from the other side and seeing all the barriers we had to go over."

"I'm very thankful for that experience and getting to now share what I know with patients and better help them," she added.

Martinez, 31, is a third-year resident physician at TIRR Memorial Hermann hospital, a teaching hospital for Baylor College of Medicine and University of Texas Health Science Center at Houston. But just a few years ago, she was unable to walk or do many everyday tasks by herself. It was at TIRR where Martinez rebuilt her life and where her doctor, Dr. Lisa Wenzel, both treated her and supported her dream of pursuing medicine.

"[Wenzel] was in charge of my entire rehab stay. She's a spinal cord injury specialist. She's been my mentor along the way and my advocate, the one who has helped me get my accommodations for medical school and now residency, and just really given me that hope that I could still be a physician even though she saw me at my lowest point," Martinez said. 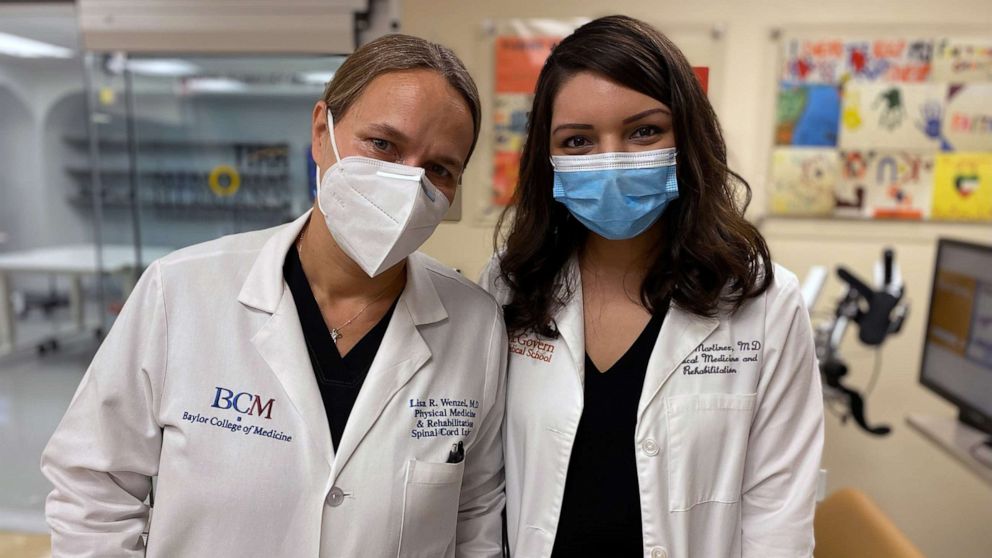 Martinez was diagnosed in 2011 with Chiari malformation, an abnormality where portions of the brain "[extend] through the natural opening at the base of the skull," creating pressure on the brain, according to the National Institute of Neurological Disorders and Stroke.

Often, surgery is the only option for patients.

"So my first brain surgery was for Chiari malformation and many of the subsequent [surgeries]," Martinez said of her experience. "The last two were for a complication that developed from my previous surgeries where my brain stem got tethered to the dura -- it's a pretty rare occurrence but it was causing a lot of issues in regards to my brainstem, and so the surgeon had to go in there and kind of de-tether that area."

Overall, Martinez had six brain surgeries in the span of five years with her first surgery in 2012 and her last on Feb. 6, 2017.

"The recoveries from each brain surgery got harder each time," Martinez recalled. "After my first one, it was pretty OK, but then after that second one, the third, the fourth and fifth, every time it was just more and more difficult to bounce back."

MORE: Woman shares how she was able to miraculously return to running after brain surgery

It was during her sixth brain surgery when Martinez said she suffered a stroke.

"It was a very risky surgery. Going in, the neurosurgeon told us there were many complications that could happen, [saying], 'Expect these things to happen because of the area that we're going to manipulate; your brain stem controls your breathing, your heart rate, a lot of your autonomic functions,'" Martinez recalled. "...I ended up with a stroke that left me unable to function from the neck down. And of all the things that really could have happened, it was a success in our eyes, but it definitely changed my life for sure." 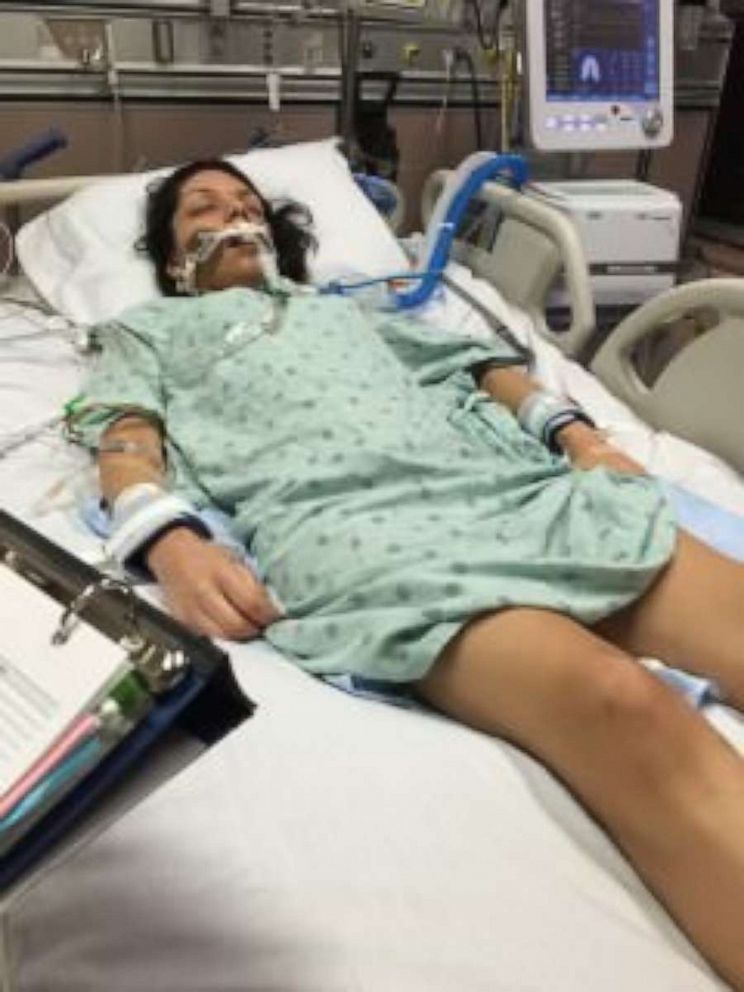 After her stroke, Martinez said she couldn't walk and was "unable to function from the neck down." She was transferred to TIRR Memorial Hermann where she underwent intensive physical, speech, and occupational therapies for a year.

"There was a point when I was at TIRR that I was like, 'I didn't think that I would make it here.' But I was very persistent, and I wanted to prove not to other people, but just to myself that I could do this. I worked harder than my classmates because I never wanted my disability or my medical illness to define me or have other people let me kind of slide by with doing less, just because I had a disability or was in the hospital so long," Martinez said.

Despite her difficulties and the long odds, Martinez didn't give up. With the support of her family and medical team, she took a year off from medical school to focus on recovery. She then returned to finish her degree program and was matched with TIRR in the spring of 2020 for her residency. Martinez graduated from UTHealth Houston McGovern Medical School that May. 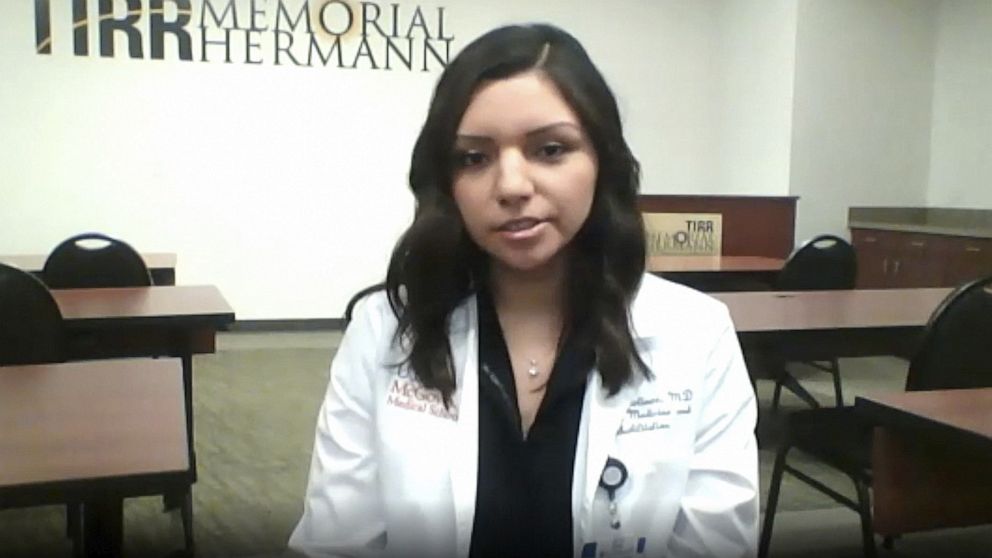 Martinez said her health experiences resulted in at least two unexpected outcomes. The first was the need to shift her initial goal of becoming a surgeon to specializing in PM&R.

"Of all the function I've regained, [the function in my] hands is the one that has been the biggest limiting factor, so I kind of see it as a blessing in disguise," Martinez said. "From there, I got redirected and had to look elsewhere. And when I got to TIRR and saw what they do and how they help after these big life-changing events, I just knew I was meant to be here all along."

The second unexpected outcome from her medical hurdles was meeting her husband Andrew, after local news outlets in Texas, including ABC affiliate KTRK in Houston, shared her journey. The two bonded over their shared experiences undergoing brain surgeries; Andrew had undergone treatment for glioblastoma, a rare type of tumor that can affect the brain or spinal cord.

Today, Martinez wants others to know that "disabilities don't define the capability of a person."

"Never underestimate someone with a disability," she said. "There's so much that they can do and they have so much worth to bring to the world. Sometimes we just need to have a little compassion and patience and now that I'm here being a physician, there [are] so many things that I do differently than my colleagues just because I have a disability, but that doesn't mean that I can't do the things they do."