Federal approval of a highly anticipated breast cancer drug was delayed by the Food and Drug Administration this week.

The drug, sacituzumab govitecan, which is produced by Immunomedics, was previously designated a "breakthrough therapy" by the FDA “based on preliminary evidence that it demonstrates substantial improvement over existing therapies for a life threatening disease.”

According to Michael Pehl, president and CEO of Immunomedics, the reason the medication was not approved for wide availability was due to “issues...exclusively focused on chemistry, manufacturing and control matters” and that “no new clinical or preclinical data need[s] to be generated.”

(MORE: A new promising cancer drug may have saved this 9-year-old's life and holds promise for thousands more)

Dr. Kevin Kalinsky, an assistant professor of medicine at New York-Presbyterian Hospital and Columbia University Medical Center, led the research for the use of sacituzumab in "triple negative" stage IV breast cancer.

This cancer grows and spreads faster than most other types of breast cancer, according to the American Cancer Society.

“We call [sacituzumab] a ‘smart drug’ because it is like a GPS that hones directly to the cancer, able to deliver high doses of chemotherapy right to it," Kalinsky said.

“The response rate of other chemotherapy medications for this most advanced stage of breast cancer is often less than 20 percent when [patients] have already tried other drugs,” he added.

One of Kalinsky’s patients, Renee Seman, 41, from Long Island, New York, has had success with this innovative medication.

In 2014 Seman was diagnosed with stage IV breast cancer. She was 36 and a new mother. No other therapies were working on her cancer when she met Kalinsky.

“I responded very well to the first chemotherapy medication, but I had to stop it because I couldn’t tolerate one of the side effects -- severe joint pain," Seman told ABC News. "My daughter was 10 months old at that time and it made it too difficult to pick her up, carry her and get her in and out of her car seat. It was affecting my ability to parent."

"I didn’t want to have the side effect of that chemotherapy,” she added.

She tried several other therapies before she enrolled in a smaller trial which tested sacituzumab in people with stage IV non-triple negative breast cancer. While on it, her cancer remained stable for one year.

Seman experienced side effects of hair loss and fatigue but was still able to spend time with her family and even started running marathons while on chemotherapy. Five years later, she remains hopeful, though she did have to switch to a different chemotherapy when her cancer grew again. She is now gearing up for her 5th and 6th marathons in Tokyo and London. 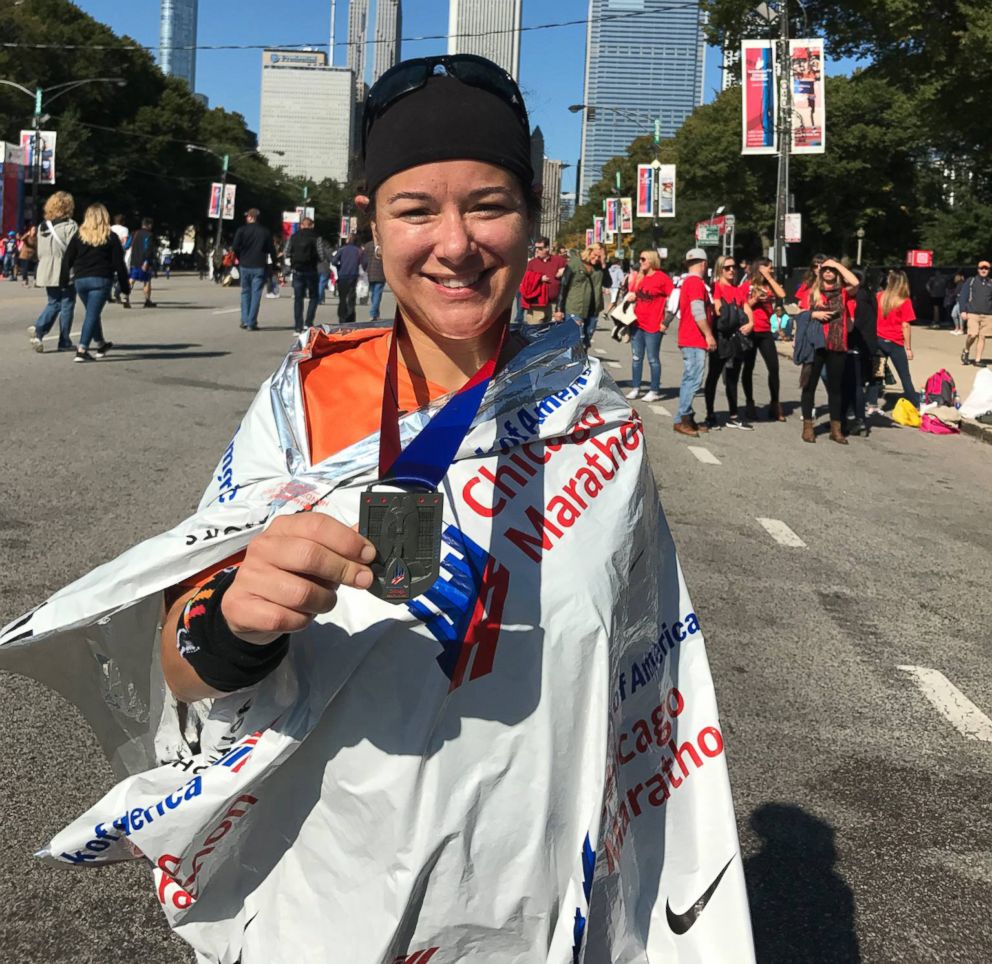 Courtesy Renee Seman
Cancer survivor Renee Seman was among the first to use a breakthrough new drug to treat Stage IV breast cancer at the New York-Presbyterian Hospital.

Kalinksky said people on sacituzumab do not develop standard chemotherapy side effects like severe numbness and tingling in the hands and feet.

"This is called neuropathy, and it can really impact their quality of life and limit the use of these drugs," he explained. "We don’t really see this side effect with sacituzumab. They might develop diarrhea, fatigue and hair loss, but not neuropathy.”

When asked about FDA approval of sacituzumab, Seman said that she is “really excited because if it can help people like it can help me, its approval can make it available to so many people who might benefit from it.”

Although FDA approval has been delayed there are still many clinical trials available at these locations.

Dr. Tiffany Truong is a resident physician in internal medicine in Houston, and a member of the ABC News Medical Unit.