Many pediatric hospitals across the country are experiencing a surge in patients, and one of the main reasons, experts say, is an increase in cases of the respiratory virus known as RSV.

RSV infections are the most common cause of bronchitis and pneumonia in kids under the age of 1 in the U.S., according to the Centers for Disease Control and Prevention.

One parent, Jeff Green, said he noticed his 4-month-old daughter Lindy was sleeping "pretty much nonstop" after contracting RSV. 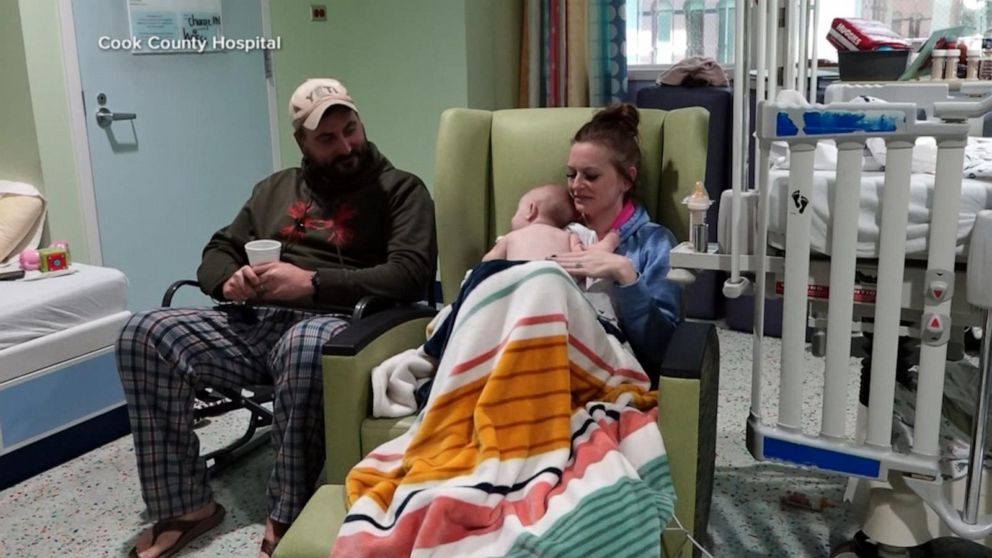 Cook County Hospital
Jeff Green and his wife sit with their daughter Lindy at Cook Children's Medical Center in Fort Worth, Texas.

Lindy is now hospitalized at Cook Children's Medical Center in Fort Worth, Texas.

Adria Mullins, of Oklahoma, told ABC News she thought her 4-month-old daughter Shiloh had what she described as a "normal cold."

When the infant's breathing became labored, Mullins brought her to the emergency room, where she was admitted for RSV.

"It was rapid breathing," Mullins said of Shiloh's condition. "And it was her chest sinking in as she took a breath in and her stomach going out."

In California, Amanda Bentley said her 18-month-old son Joshua has been hospitalized for more than a week with RSV. 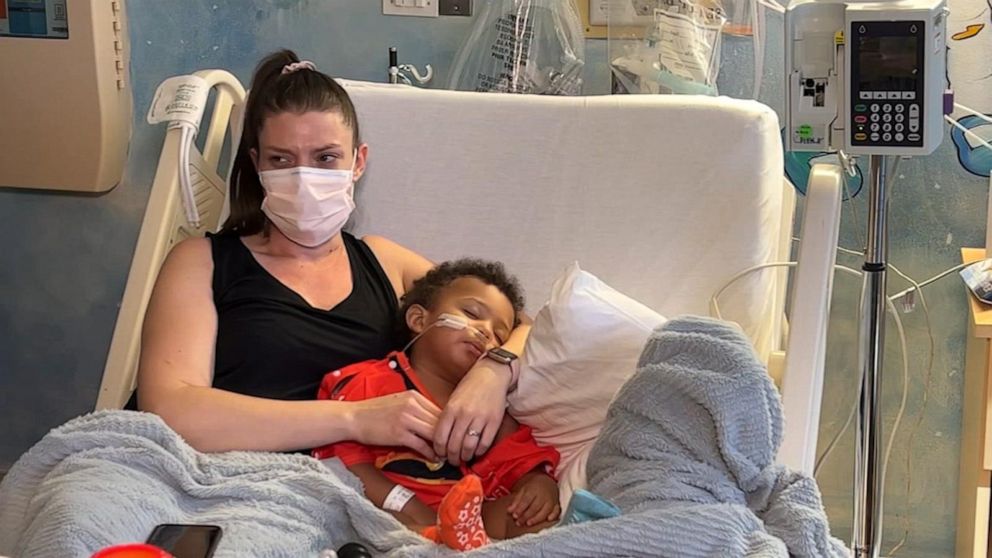 ABC
Amanda Bentley of California, said her 18-month-old son Joshua has been hospitalized for more than one week with RSV.

Hospitals from California to Rhode Island -- more than two dozen states in total across the country -- have told ABC News they are grappling with a higher-than-expected number of pediatric patients amid the surge of RSV, flu and other common respiratory viruses.

Nationally, pediatric bed capacity is at the highest level in two years, with 71% of the estimated 40,000 beds filled, according to the Department of Health and Human Services.

MORE: Parents speak out as RSV cases spike in the US post-COVID-19 pandemic

Experts say the influx of respiratory viruses among children is likely due to a convergence of factors, including the start of flu season and the fact that kids are now less likely to wear face masks and socially isolate as they were doing during the height of the coronavirus pandemic. And RSV, in particular, is a very contagious virus.

"Not only are we seeing more viruses, we are seeing them sooner than we typically see them in cold and flu season," Dr. Lauren Mientkiewicz, a pediatric emergency medicine physician at Cleveland Clinic in Ohio, told ABC News.

RSV is a contagious virus that can spread from virus droplets transferred from an infected person's cough or sneeze, from direct contact with the virus, like kissing the face of a child with RSV, and from touching surfaces, like tables, doorknobs and crib rails, that have the virus on it and then touching eyes, nose, or mouth before hand-washing, according to the CDC.

"Pretty much all kids have gotten RSV at least once by the time they turn 2, but it's really younger kids, especially those under 6 months of age, who can really have trouble with RSV and sometimes end up in the hospital," Dr. William Linam, pediatric infectious disease doctor at Children's Hospital of Atlanta, told ABC News last year. "That's where we want to get the word out, for families with young children or children with medical conditions, making sure they're aware this is going on." 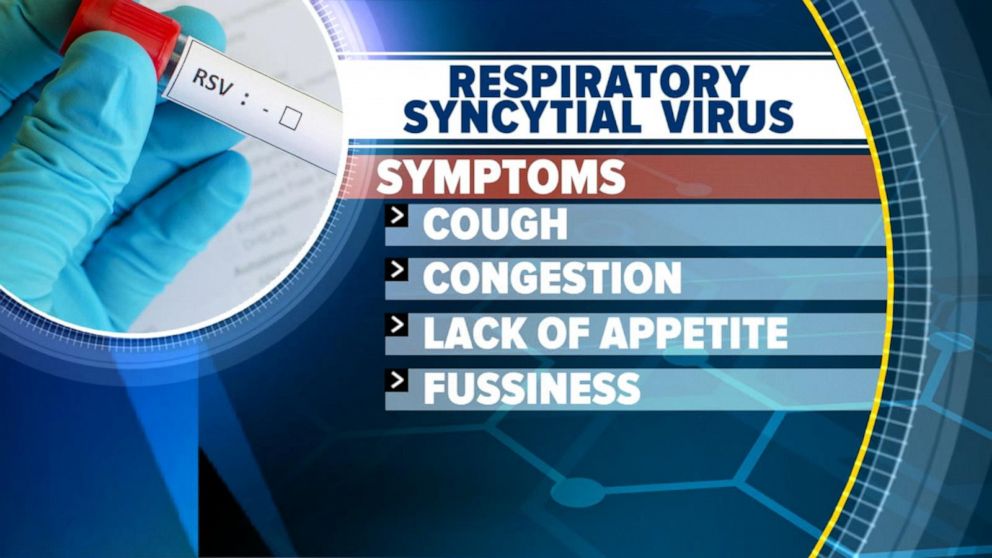 ABCNews.com
VIDEO: Cases linked to RSV infection surge: What you need to know

"Not making a wet diaper in over eight hours is often a good marker that a child is dehydrated and a good reason to seek medical care," he said. "Sometimes kids under 6 months of age can have pauses when they're breathing, and that's something to get medical attention for right away."

Parents can help protect their kids from RSV by continuing to follow as much as possible the three Ws of the pandemic: wear a mask, wash your hands and watch your distance, according to Linam.

Infants who are either born prematurely (less than 35 weeks) or born with chronic lung disease may benefit from a medication to prevent complications of RSV since they are at increased risk of severe disease. Parents should discuss this with their pediatrician.