Mary Cain was a child running prodigy who seemed to have a future of gold medals in front of her when she joined Nike's famed Oregon Project in 2013.

"So many people looked at me at that time and thought that I was living the dream, and in certain ways I thought I would be," Cain said in an interview that aired Friday on "Good Morning America." But nobody cared about me as a person. I was a product and I didn't know how to cope."

Cain was a high school running sensation in Bronxville, New York. At age 17 she signed a professional contract with Nike and would go on to train under Alberto Salazar, the legendary running coach who led the Oregon Project, a program for elite runners that was based in Oregon, Nike's home state. 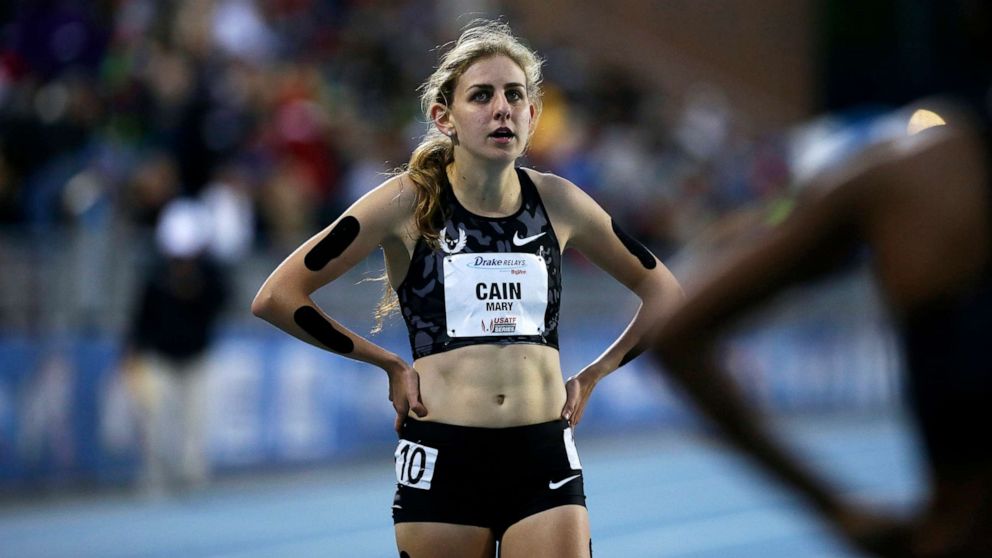 Charlie Neibergall/AP, File
In this April 29, 2016, file photo, Mary Cain walks off the track after competing in the women's special 1500-meter run at the Drake Relays athletics meet in Des Moines, Iowa.

"I joined Nike because I wanted to be the best female athlete ever," Cain, now 23, said in an op-ed published Thursday in The New York Times. "Instead I was emotionally and physically abused by a system designed by Alberto [Salazar] and endorsed by Nike."

Cain said in the op-ed that when she arrived at the Oregon Project as an eager athlete who left her freshman year of college for the opportunity, she was met by an all-male Nike staff that "became convinced that in order for me to get better I had to become thinner and thinner and thinner."

Cain recalled being given a number on the scale to hit and being "publicly shamed" if she didn't hit that number.

"I ran terrible during this time," she said. "I reached the point where I was on the starting line and I’d lost the race before I started because in my head all I was thinking of not the time I was trying to hit but the number on the scale I saw earlier that day."

Cain -- who won a gold medal at the 2014 World Junior Championships and two national titles while training under Salazar -- also said she lost her period for three years and broke five different bones, which she attributes to her lack of menstruation and nutrition. 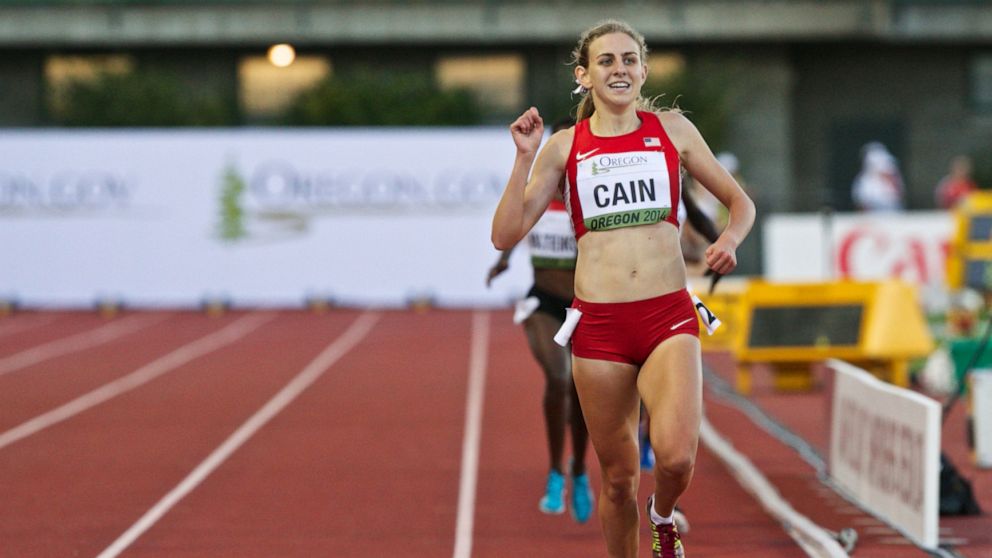 The breaking point for Cain came after a May 2015 race when she says she was told she did not perform well at because she had gained five pounds. That night, Cain said she told her coaches she was cutting herself and that they did not respond with any help or support.

"I think for me that was my kick in the head where I was like, ‘This system is sick,'" she said. "I think even for my parents in certain ways, once I finally vocalized to them, I mean they were horrified. They bought me the first plane ride home and were like, ‘Get on that flight. Get the hell out of there.’"

"I wasn’t even trying to make the Olympics anymore," she said. "I was trying to survive."

This was a long time coming. For years, I felt broken and alone- I waited, yet no one reach out to help.

Now I am ok. But the system isn’t. And I can’t stay silent.

This was hard to share, so thanks @lindsaycrouse & @nytimes for all your support. ❤️https://t.co/9jyreuYKJ0

Salazar's reign in the sport of running began to unravel in September, when he received a four-year ban by the United States Anti-Doping Agency for doping violations. Shortly after, Nike announced it would shut down the Oregon Project.

ABC News' attempts to reach Salazar by phone were not successful. Salazar replied to the Times by email.

"In an email Alberto Salazar denied many of Mary’s claims and said he had supported her health and welfare," according to the media outlet.

Nike told ABC News in a statement, "These are deeply troubling allegations which have not been raised by Mary or her parents before. We take the allegations extremely seriously and will launch an immediate investigation to hear from the Oregon Project athletes. At Nike we seek to always put the athlete at the center of everything we do, and these allegations are completely inconsistent with our values."

Cain told "GMA" that, looking back, she wonders if her career would have been different if more women were involved in Nike's program.

"I think what I regret is at this time I thought to be strong meant going alone, but the truth is you're never alone," she said. "here's always people that you can turn to and it's just about finding the right support system."

Cain has received support from fellow female runners since going public with her claims against Nike and Salazar.

Olympian Shalane Flanagan wrote in a tweet, "I had no idea it was this bad. I’m so sorry @runmarycain that I never reached out to you when I saw you struggling. I made excuses to myself as to why I should mind my own business. We let you down. I will never turn my head again."

I had no idea it was this bad. I’m so sorry @runmarycain that I never reached out to you when I saw you struggling. I made excuses to myself as to why I should mind my own business. We let you down. I will never turn my head again.https://t.co/pfj0BIaEiS

Another American runner, Olympian Kara Goucher spoke to the New York Times for a piece accompanying Cain's op-ed and hopes that by speaking out with Cain there is "power in the numbers and the voices."

"As a society we’ve really started to believe women more and started to see that we’ve just been conditioned to brush these stories off and these actions off and it’s not okay," she told "GMA." "I hope people think about their purchasing dollars moving forward and saying they will not tolerate this behavior anymore."

Goucher, now 41, also trained for seven years at the Oregon Project. She did not overlap with Cain there but said she worked with the same coaches and experienced the same type of "toxic environment" as described by Cain.

"Weight was a constant topic," she said. "Unlike Mary I was actually a grown woman and it affected me tremendously so it’s just so sad to hear her recollection."

Goucher recalled quietly eating energy bars in her room so no one would hear her while training for the Olympic trials in 20018.

"We were training up at altitude and the assistant coach was cooking for me to try to help me lose more weight," she said. "I was 29 at the time and starving but didn’t want them to know." 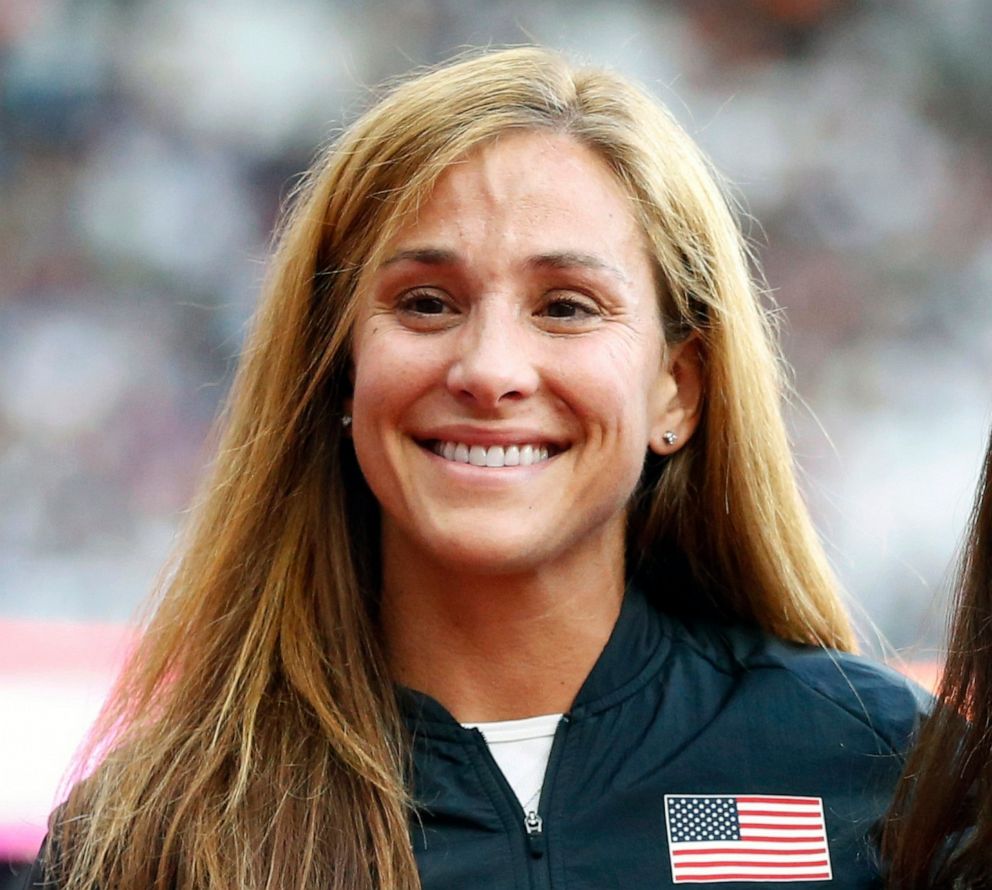 Both Goucher and Cain claim that Salazar and his team did not have a licensed nutritionist or a licensed sports psychologist on staff.

Goucher recalls weight being a focus for both male and female athletes, but said it was only female athletes who were subject to public scrutiny about their weight and bodies.

Goucher said she first spoke out about a "toxic culture" at the Oregon Project in 2015 and lost sponsorships and support because of it.

While recognizing that treating "women's bodies as objects instead of humans" is a broad cultural problem, Goucher said Nike is seen as the leader in sports and has a responsibility to change their own ways.

I am so proud of @runmarycain for telling her powerful story of verbal, emotional, and physical abuse at the Nike Oregon Project. This took so much bravery. We have to stop the abuse of athletes, specifically female. Please watch and thank you Mary ❤️https://t.co/Rha4Qhs3k7

"Nike is the leader globally in sports and they have proven time and time again to have a sexist and just really toxic culture," she said. "They have the ability to change it. So far we’ve just seen lip service. We haven’t really seen any action."

The new claims by Cain come five months after other female athletes, including Goucher, alleged to The New York Times that Nike penalized them while pregnant.

Goucher claimed she had to make a choice between training for a half-marathon so she could get paid by Nike to race again or staying with her newborn son in the hospital.

Shortly after the company said it would do more to protect female athletes' pay during and after pregnancy.