Teenage girls are affected by social media use more than boys, with the harmful effects being driven by three factors, according to a new study.

In girls, frequent use of social media harmed their health by leading to inadequate sleep, inadequate physical activity and exposing them to cyberbullying, according to the study published Tuesday in the journal Lancet. The same did not hold true for boys who frequently use social media.

Researchers from University College London tracked the social media use of nearly 13,000 teens in the U.K. from when they were 13 to 16-years-old. They also evaluated the teens’ own reports about their well-being, exposure to cyberbullying and time spent sleeping or being physically active.

“The culprit appears not to be social media but that they weren’t getting enough sleep and physical activity,” ABC News chief medical correspondent Dr. Jennifer Ashton said of the study’s findings. “[The sleep aspect] is huge and I can’t overemphasize this.”

Teenagers should get nine to 10 hours of sleep per night, according to Ashton. In addition, it’s important that teens keep their sleep schedules consistent, instead of skimping during the week and trying to make up for it on the weekends.

“There are cardiovascular, heart disease effects, mental health effects to inadequate sleep,” said Ashton, noting that parents and medical providers “need to think of the long game” when it comes to teens and sleep. 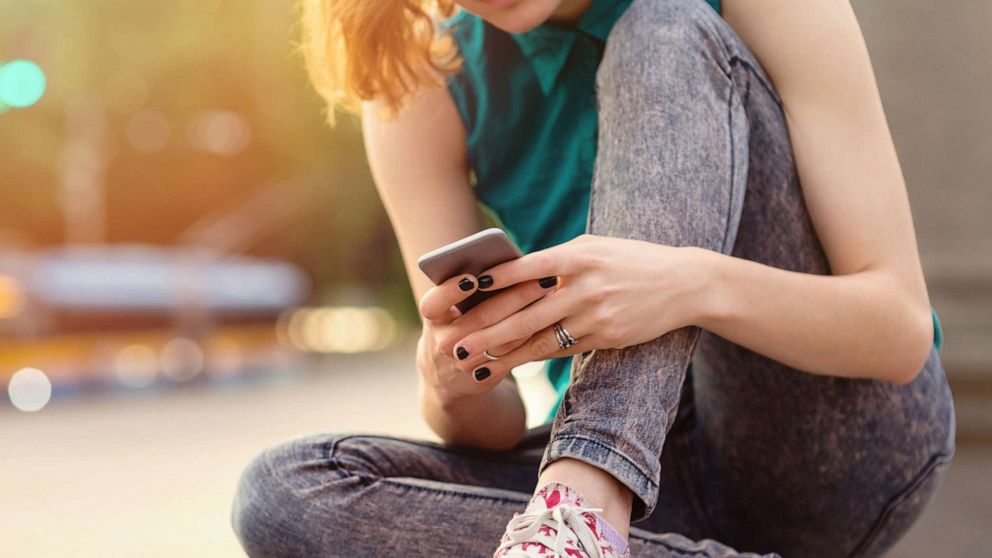 The study's authors also recommended including "efforts to prevent or increase resilience to cyberbullying" as an intervention to improve the mental health of teen girls who use social media.

"Cyberbullying" is defined as bullying that takes place over digital devices like cell phones, computers and tablets. It includes sending, posting or sharing negative, harmful, false or mean content about another person, according to stopbullying.gov, a website managed by the U.S. Department of Health and Human Services (HHS).

The findings appeared to be consistent with research that has focused on U.S. teens.

Last month a study in the U.S. found that girls report three times as much harassment online as boys.

Among middle and high school students, 21% of girls say they have been bullied online or by text messages, compared with less than 7% of boys, according to the National Center for Education Statistics (NCES).

Many social media platforms and schools now have clear ways you can report cyberbullying.

If parents are concerned that their teen is being cyberbullied, the site stopbullying.gov recommends they take time to investigate their child's digital behavior.

First, parents should take notice if their child has had a change in mood or behavior. Next, they can initiate a conversation about what is happening, as well as document what is happening by taking screenshots of online harassment.

Aine Cooke, MD, a member of the ABC News Medical Unit, contributed to this report.