Chad Harrell was 17 and preparing for his senior year of high school when he took his own life.

His parents, Nathan and Sylvia Harrell, said they were "completely blindsided" by their son's suicide on June 12, 2017.

"He kind of flew under the radar as to a child who had been going through any kind of mental health struggles," she said. "So when this happened, our family was completely blindsided. Everybody he knew was blindsided."

Added Nathan Harrell, "It was just kind of a gut punch, primarily because we never saw it coming."

The Harrells, also the parents of a daughter, Melanie, described their son as a happy and athletic child who played lacrosse and had a wide circle of friends. They said their son had been in counseling the year before his death for what his therapist diagnosed as "situational depression," but the counseling had ended at the therapist's recommendation and Chad appeared to be doing well. 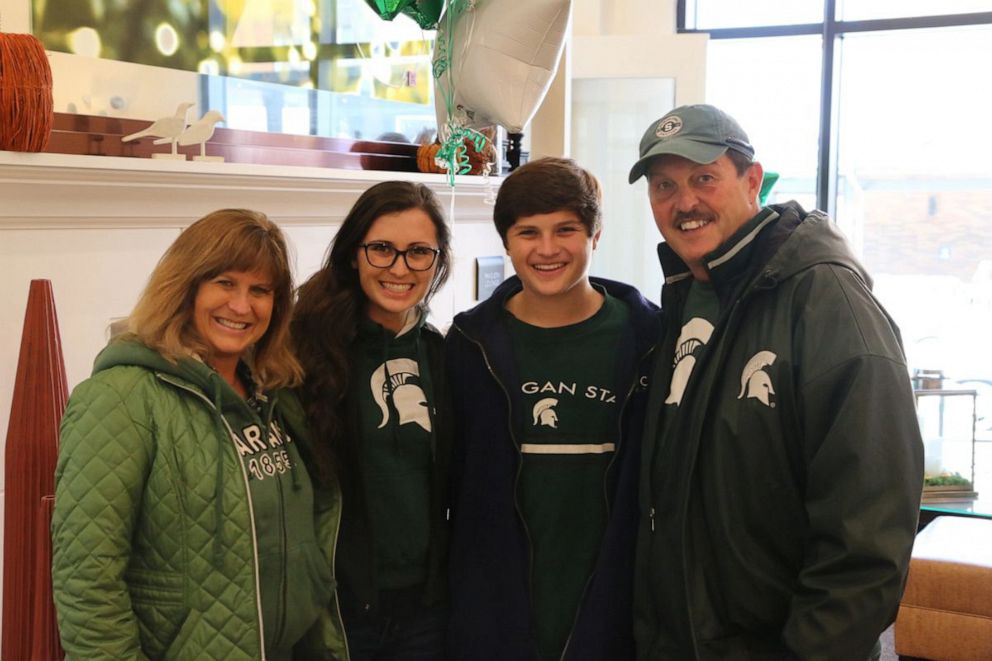 "He had actually said to Nathan and I weeks before we lost him, 'Can you believe how good my life is?,'" said Sylva Harrell. "So the night we lost Chad, it wasn't even on our radar that something like this could happen."

In the months following Chad's death, the Harrells began to deal with their grief by working to make sure no other family would have to go through what they did in losing a child to suicide.

They said they decided to target their efforts in schools because in the same year Chad died by suicide, so did nearly one dozen other middle and high school-age students in the Kansas City area.

"The school districts around Kansas City had really lost multiple kids and they were starting to think what they could do," said Sylvia Harrell. "The assistant superintendent at that time told us that Chad's death scared him because he thought, 'How are we going to help these kids that are flying underneath the radar as needing help?'" 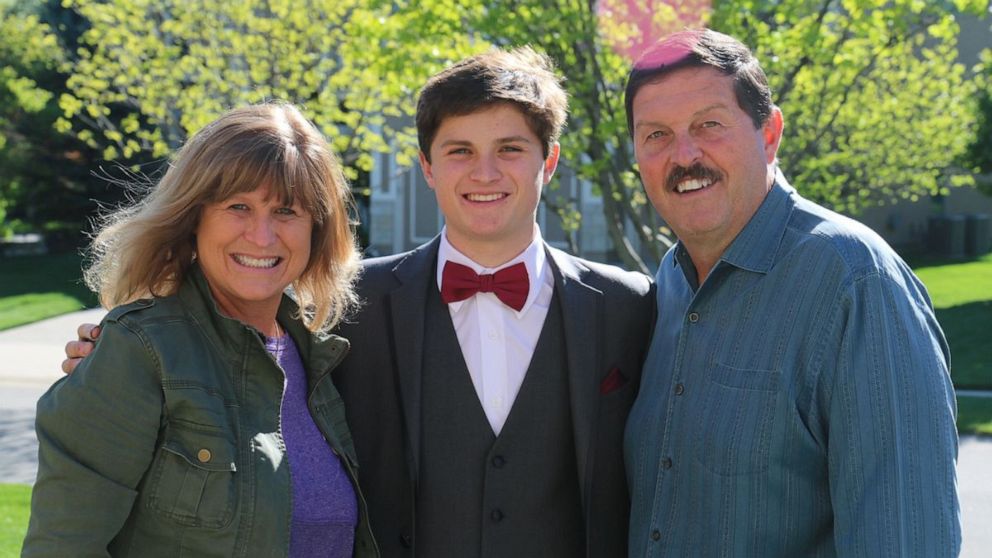 After having many conversations with parents, Chad's friends and school leaders, the Harrells launched the Keep the Spark Alive Foundation, a nonprofit foundation that funds and promotes suicide prevention programs in area schools.

One program their foundation funds in two school districts, Sources of Strength, trains peer leaders and teachers to support students with their mental health.

"We just received an email two weeks ago that said because of Sources of Strength, a struggling kid reached out to a friend and the friend knew when she heard what her friend was going through, that they needed reach out to an adult," said Sylvia Harrell. "They got her in an in-patient treatment facility, where it saved her life."

"We beg the kids to just let someone help because asking for help is a sign of strength, not a sign of weakness," she said. 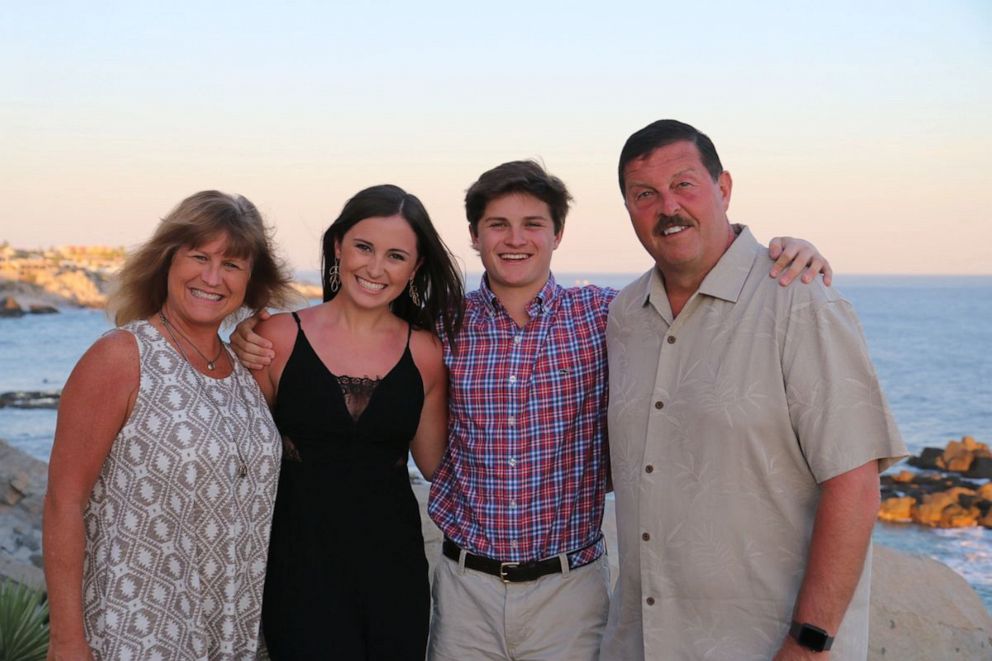 A need for mental health support in schools

The Harrells said they have seen an increased need for school-based mental health programs supported by their foundation over the past nearly two years of the coronavirus pandemic.

"When you think about the amount of time that the kids spend in school versus anywhere else, it's the predominant place that they are," said Nathan Harrell. "And if you can make kids comfortable talking with each other about mental health, then you've taken a huge step in trying to normalize that discussion and trying to allow us all as a community and as kids to view mental health in the same way we do physical health."

The need for more conversations about mental health in schools is one felt on the ground by school counselors like Megan Bledsoe, a 15-year veteran school counselor in Vancouver, Washington.

"There's definitely been increased anxiety, depression and isolation that we have seen since the pandemic, and I would say what I'm seeing on the ground in our school is a national trend," she said. "I think for everyone, everyone's level of anxiety and depression and frustration and managing stress was increased."

Last month, the American Academy of Pediatrics, American Academy of Child and Adolescent Psychiatry and the Children's Hospital Association -- which collectively represent over 77,000 physicians and over 200 children's hospitals -- declared children's mental health challenges amid the COVID-19 pandemic a "national emergency."

The medical associations pointed to research from the Centers for Disease Control and Prevention that found between March and October 2020 the proportion of mental health-related emergency department visits increased 24% for children ages 5 to 11 and 31% for children ages 12 to 17 when compared to 2019.

In the first six months of this year, children's hospitals nationwide also reported a "shocking" 45% increase in the number of self-injury and suicide cases in 5- to 17-year-olds compared to the same period in 2019, according to Children's Hospital Association President Amy Wimpey Knight.

"We are facing a significant national mental health crisis in our children and teens which requires urgent action," Wimpey Knight said in a statement.

The medical associations called on policymakers to help address the crisis by "increasing federal funding to ensure all families can access mental health services" and supporting "effective models of school-based mental health care," among other measures.

The Biden administration also pledged $85 million in funding at the start of the school year, in August, toward mental health awareness, treatment and training in schools.

Bledsoe said her school district has recently implemented a suicide prevention program and is screening students' mental health so they can best meet their needs, as well as doing trainings for staff and outreach to families on mental health.

"We're often the first responders," Bledsoe said of the role school staff, and particularly school counselors, can play in students' mental health support. "With students, oftentimes we're the first adult they've actually had a conversation with about their thoughts of wanting to die or wanting to hurt themselves."

Gabrielle A. Carlson, MD, president of the American Academy of Child and Adolescent Psychiatry, said she too sees schools as being on "the front lines" of the mental health emergency among kids.

"We need better integrated care, and by integrated we mean you put mental health where the kids are," she said. "And having access to mental health resources in schools is so important because there's fewer of the access barriers in school."

MORE: Coping with the loss of a loved one by suicide: 6 steps survivors can take

Both Carlson and Bledsoe said schools are also places where students have many eyes on them who can notice changes in behaviors that may be early signs of mental health struggles.

Carlson uses an acronym "DUMPS" to make it easy to remember behavioral changes to watch for in kids.

"U is an undeniable drop in grades," said Carlson. "And this is where schools need to be vigilant when kids' grade drops, and when their attendance changes."

"M is for morbid, kids who talk about life not being worth living and seem preoccupied with death," she said.

"P is for pessimism," she said.

The Harrells say their work to increase mental health support in schools is "bittersweet," but they continue to do it hoping to share what they have learned after Chad's death.

"The first thing that I want parents to know is it can happen to anyone," said Nathan Harrell. "And the second thing for me is that it is important that parents validate a child's feelings, and concerns and struggles."

Recalling a conversation with Chad that he said he often reflects on, Nathan Harrell continued, "I as a father was a 'rub some dirt on it,' kind of dad, and I remember having a discussion with Chad about him struggling with his friend group."

"I remember my reaction to him was, 'They're just boys. Don't worry about it. Just go find some new friends,'" he said. "What I wish I would have done is said, 'You know what, that really, really sucks, and I don't know if I can fix it, but man, I'm going to be here with you, to help you get through.'"

He added, "We have to give kids a safe space to be able to communicate when they're struggling."