A mother whose son was recently hospitalized for acute respiratory failure is raising awareness of vaping-related illnesses that have been associated with multiple deaths in the U.S.

Christy D'Ambrosio of Sacramento, California, recently took to Facebook to post a photo of her son Ricky hooked up to machines at Kaiser Permanente Roseville Medical Center. The 21-year-old received care for five days after he was unable to breathe on his own.

"This is my son Ricky. He is 21 years old, loves his dog, loves to hike with his friends, and unfortunately, he vaped," D'Ambrosio wrote in her post, which was shared over 4,000 times. "As a result, he is now in acute respiratory failure. He is intubated, heavily sedated, paralyzed, and is in a medically induced coma."

D'Ambrosio's initial motive for sharing her story on social media was to gain "prayers for her son," she told "Good Morning America."

"Then, after it got so much attention ... I said, 'Kids are dying, and this needs to be known.' We want this to get as far around the world as it possibly can to get people to stop vaping," she said.

"Every parent who is saying to themselves, 'My kid can't be doing it' needs to be second-guessing it," she said.

"We thought Tuesday for sure we were going to lose him"

It was late August when Ricky became ill after he and his mother went out to dinner together. When they got home, he was experiencing vomiting, chills, fever and, later, chest pains.

Ricky saw a doctor, who said it was most likely the flu, but when his symptoms continued for several days, D'Ambrosio encouraged him to go to the emergency room.

D'Ambrosio said her son is also a type 1 diabetic and she was concerned his sickness was associated with his pre-existing illness. She wanted him to seek a second opinion. 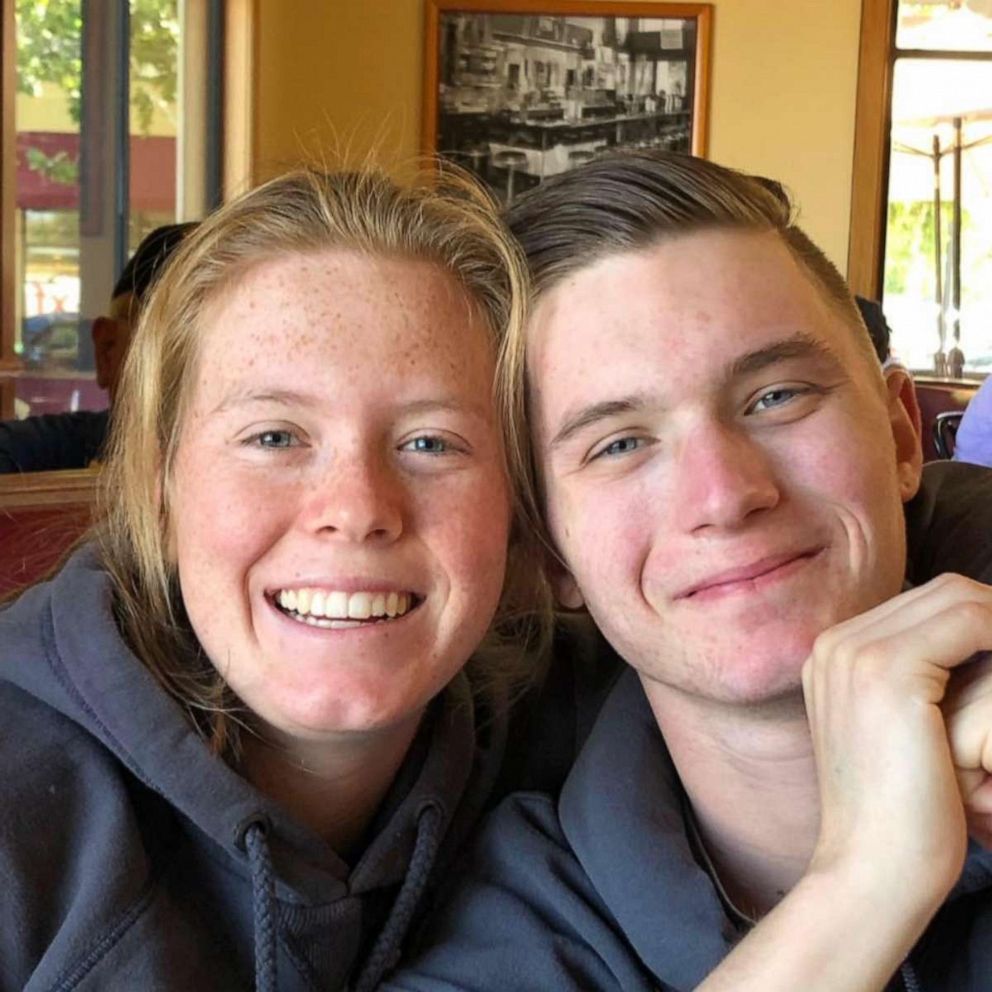 "They kept him overnight [in the hospital] because they couldn't find any answers and he wouldn't stop throwing up," D'Ambrosio said. "Monday morning I got a phone call saying he couldn't breathe on his own and they were going to have to intubate him."

Ricky was rushed to the intensive care unit. His chest x-ray showed cloudiness in his lungs, D'Ambrosio said.

Ricky's sister Caitie, a pre-med student at the University of Arizona, arrived at the hospital and informed doctors that Ricky had been vaping nicotine for five years.

D'Ambrosio said she knew her son had tried cigarettes before, as well as vaping, but he had been secretive about the longevity and quantity of his habit.

"[At the hospital], antibiotics weren't doing anything. The doctors told us because everything was coming back negative, it was pointing more and more to [Ricky's] vaping," she continued. "We thought Tuesday for sure we were going to lose him."

Doctor says vaping was the culprit

Samjot Singh Dhillon, a pulmonologist at Kaiser Permanente and Ricky's doctor, told "GMA" that Ricky received steroids, which ultimately led to his recovery. The steroids reduced the inflammation that can be caused by vaping, and helped the process of healing, Dhillon said.

Dhillon has treated other patients with illnesses related to using vaping products. He said symptoms could include chest pain, shortness of breath, coughing and sometimes nausea, vomiting and other gastrointestinal conditions.

Dhillon said the diagnosis of a vaping-induced lung injury is based on a person's history of vaping, a diagnostic workup not suggesting any other infection, and a clinical response to steroids.

"In Ricky’s case along with reliable history, we did extensive workup, including cultures from his lungs with bronchoscopy which didn’t reveal any other infection," Dhillon added. "We stopped all antibiotics and used only steroids which improved his condition."

"All the above findings strongly suggest vaping-induced lung injury, and the overall clinical picture was very similar to other reported and published cases," Dhillon said.

On Sept. 27, the Center for Disease Control held a teleconference where it revealed recent data and recommended people consider refraining from the use of e-cigarette or vaping products, particularly those containing THC.

According to the CDC, there are at least 805 probable cases of vaping-related lung injury reported from 46 states.

Of those patients, about 77% reported using THC-containing e-cig products, with or without nicotine, and 16% reported exclusive use of nicotine-containing products.

"We do not yet know the specific cause of these lung injuries," the CDC stated.

The risk isn't worth it

Ricky was recently released from the hospital and will soon receive a follow-up chest x-ray and CAT scan.

D'Ambrosio said her son is "very much against" going back to vaping.

"He will never do it again," D'Ambrosio said. "He wants to speak out as much as he can, to get the word out that it's not fun -- [especially] if it's going to land you in the hospital with feeding tubes, catheter, intubation -- just for a high."

She went on, "These kids are getting addicted to nicotine at an early age and it's a hard habit to break. I think the nicotine companies are evil that they would target young children. I want kids to be educated about what can happen. I also want parents to be educated. Look in their backpack, look in their room, talk to them about the dangers of it.

(MORE: FDA launches new campaign aimed at teens about the cost of e-cigarettes) 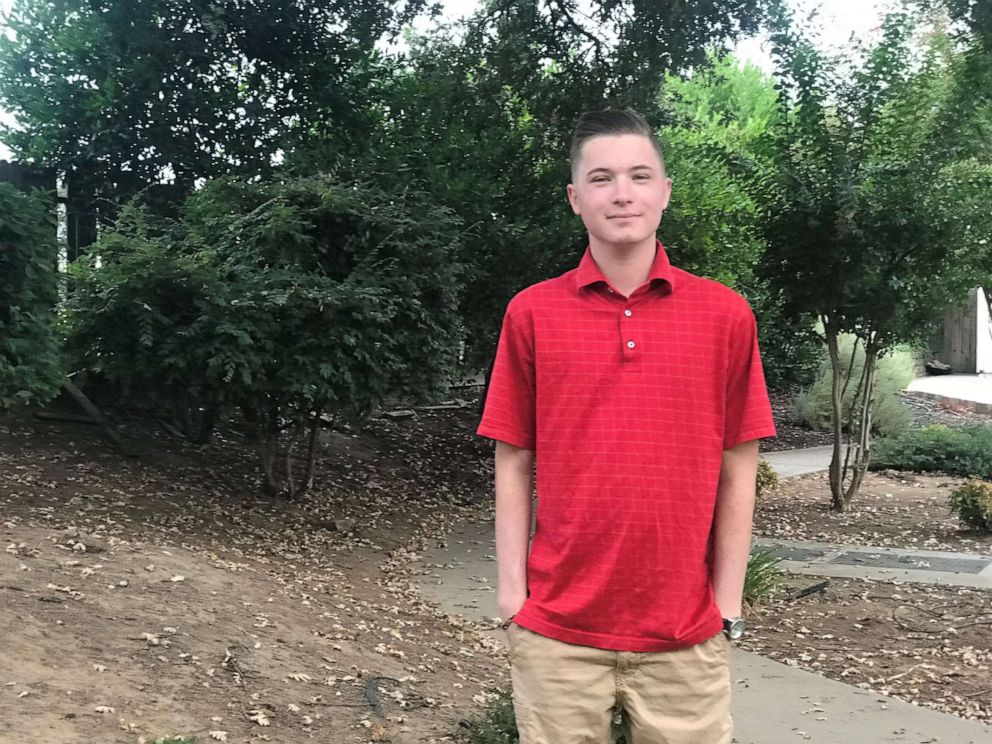 "There's a lot of lying going around in the advertising. It's not right," she said.

In response to concerns about marketing to teens, Tony Abboud, the executive director of the Vapor Technology Association told ABC News Thursday, "While millions of our adult consumers rely on our regulated nicotine-containing vapor products to quit cigarettes, and they should not be denied access to this better alternative, we believe it is imperative to limit access and appeal of all tobacco products to youth."