A Tennessee woman is alerting others to a little-known condition called hair-grooming syncope, which could be triggered by simply curling or combing a person's hair.

Alicia Renee Phillips, a mom of three from Clinton, Tennessee, took to Facebook last week to describe how styling her kid sister's hair strangely led to an emergency room visit.

Phillips told "Good Morning America" she was helping Gracie Brown, 10, get ready for Sunday school the morning of July 7. Gracie had slept over Phillips' home the night before.

"I said, 'Hey let's curl your hair, put some makeup on and have some fun sister time before church,'" Phillips recalled telling her sister. "She kind of closed her eyes and leaned forward. She's a goofy kid and I thought she was joking. She did it again and made a gagging sound like she was going to throw up, and that's when I rushed my girls out of the bathroom."

Phillips said she immediately dialed her mother, Lisa Brown, to let her know Gracie wasn't feeling well. Phillips said she took Gracie's temperature, which read normal, but out of nowhere the child collapsed. 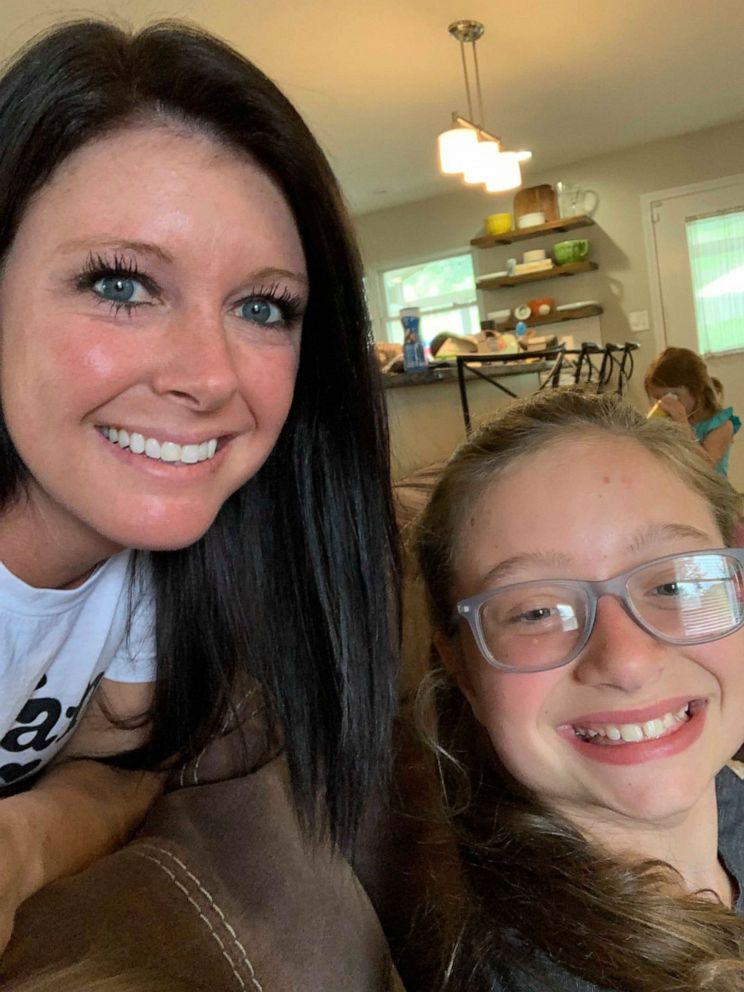 "She was unresponsive and not moving," Phillips said. "I was screaming for my husband to come into the bathroom, and he was taking her pulse, trying to say her name. It was probably the scariest thing I've ever seen."

"I'm terrified at this point because I don't know if she's got seizures that we don't know about," Phillips explained, adding that Gracie's hands were shaking during the incident.

Mom Lisa Brown called Gracie's pediatrician, who advised the family to go to the emergency room at East Tennessee Children's Hospital in Knoxville.

Several tests were performed, including for blood pressure and an electrocardiogram (EKG) which measures the electrical activity of the heart and a sensory exam. All of Gracie's results came out normal, both Brown and Phillips said.

Brown told "GMA" that in the end, the emergency room doctor arrived at a diagnosis: hair-grooming syncope.

"I must have looked at him like he had four heads," Brown said. "I said, 'I've never heard of that before.' He said, 'This is real.' He said he sees one-to-five cases a year, but there a probably a lot more -- not everyone goes to the emergency room [for it]."

Phillips publicly detailed the event on Facebook writing, "I HAVE NEVER HEARD OF THIS BEFORE! We were told if she ever starts to feel nauseous or light headed while getting her hair brushed to sit down and take a break."

She went on, "I am putting this out there for others to see. If a kid ever complains of their belly hurting or feeling light headed while they are getting their hair done, make sure they take a seat and keep a close eye on them!"

Phillips' post garnered 206,000 shares and 42,000 comments. Many commenters claimed they either never heard of hair-grooming syncope or that the condition affected them or a loved one at some point.

Hair-grooming syncope is identified in the Journal of Epilepsy as a "paroxysmal non epileptic event" -- meaning a person could have a sudden spell that mimics an epileptic seizure, which are unrelated to rhythmic discharges of neurons in the brain that are typical of seizures. These paroxysmal (sudden) spells can be caused be syncope, or "passing out." 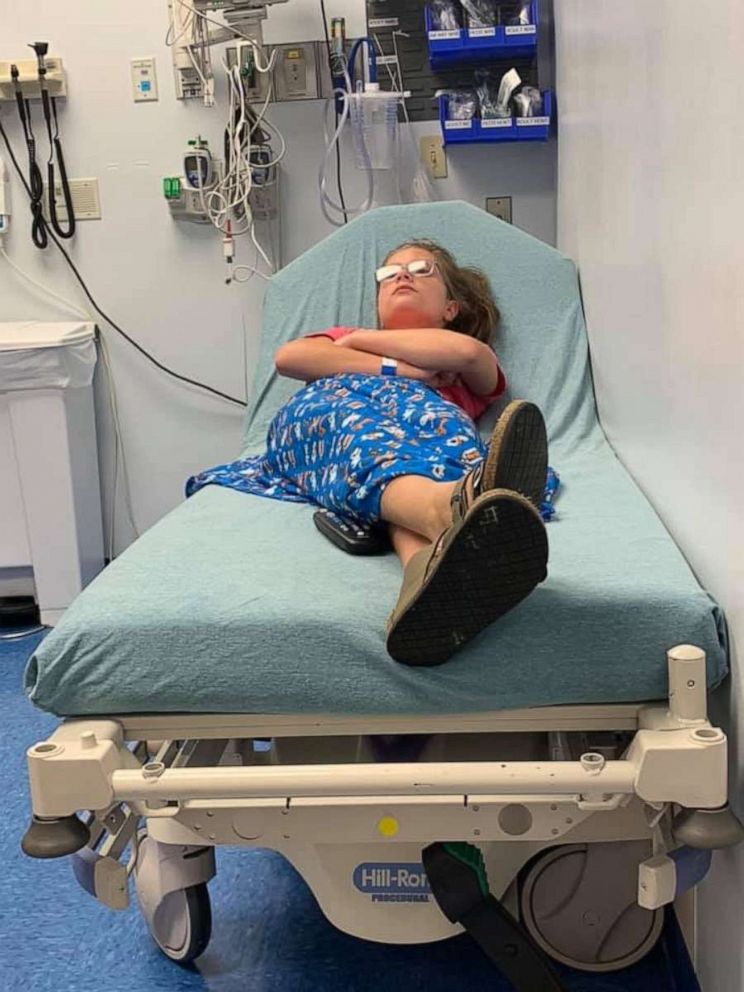 Alicia Renee Phillips
Gracie Brown, 10, is seen on July 7 at Children's Hospital in Knoxville, Tennessee, where she was diagnosed with hair-grooming syncope.

In simpler terms, hair-grooming syncope is a form of fainting triggered by hair grooming, according to Santa Monica-based dermatologist Sonia Batra.

"It is thought to be due to a sudden drop in blood pressure, which temporarily decreases blood supply to the brain," Batra, MD, told "GMA," adding that some people are more sensitive than others when it comes to uncomfortable sensations like hair grooming.

"Hair-grooming syncope is a similar response to people who faint from having their blood drawn or at the sight of blood," Batra said. "We think it is the same vagus nerve response that causes the drop in blood pressure, and hence the blackouts, in all of these situations."

(MORE: 1-year-old who had surgery inside womb to correct spina bifda now standing on 2 feet)

"However, it may happen more commonly than it is diagnosed, as one retrospective study noted, the parents did not report hair grooming preceding the event unless specifically asked," Riker wrote to "GMA" via email.

Riker went on, adding that events of hair-grooming syncope are benign and children will typically outgrow them.

"As with almost all forms of syncope,” he wrote, “the recommendations are to avoid dehydration [by] increasing water and salt intake, as well as avoiding prolonged periods of standing and irregular meal times. " 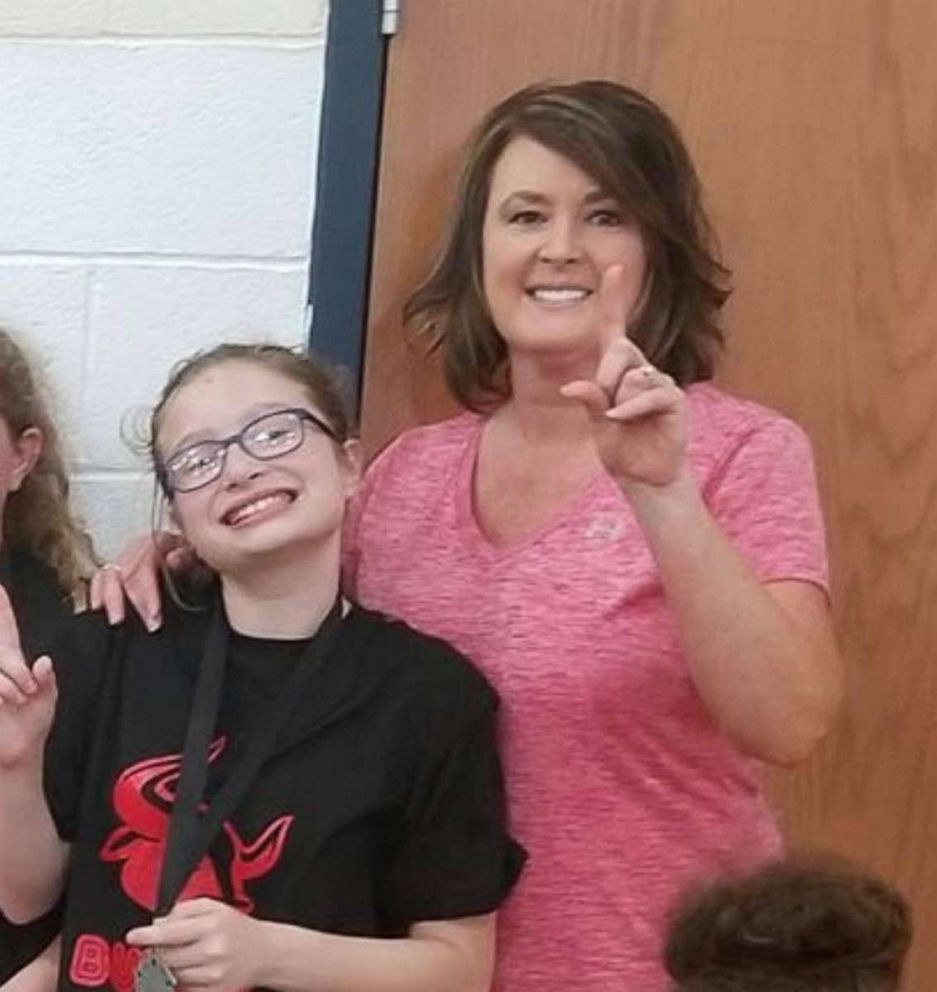 Alicia Renee Phillips
Gracie Brown, 10, is seen in an undated photo with her mom, Lisa Brown, of Clinton, Tennessee.

For people who experience hair-grooming syncope, Batra's advice is to stay well-hydrated and make sure you eat prior to hair grooming. It's also important to remain seated in case the person starts feeling sick.

"If you start to feel dizzy, lightheaded or clammy while hair grooming, stop and take a break," Batra said. "If you can, lie down and elevate your legs with pillows or prop them up until the sensation passes."

Brown said although the incident gave her a scare, her daughter is doing well.

"I don't feel so silly now, knowing that this has happened [to other people]," Brown added. "But she's fine and now I know that there are no underlying issues that caused this problem."