"At first I was shocked. I said, 'Wow this is really happening?'" Simone Cumberbatch, a mom of two, told "Good Morning America." "When I realized it was real, I said, 'This is going to be a good thing.'"

Simone Cumberbatch gave birth to a girl, Liberty, at 5:30 p.m. 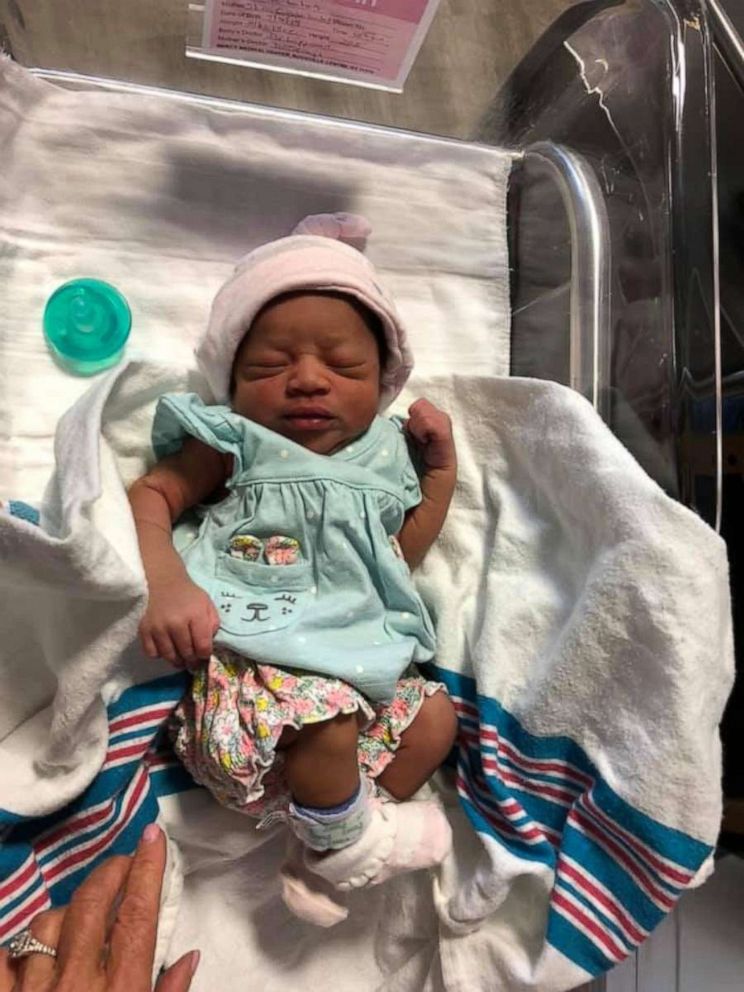 Alida Almonte-Giannini/Mercy Medical Center
Simone Cumberbatch gave birth to a girl, Liberty, at 5:30 p.m., at Mercy Medical Center in New York.
(MORE: Couple learns adopted son's birth mom is pregnant with a baby girl, so they adopt her as well)

Shari Cumberbatch had been induced and went into labor earlier than doctors expected, she said. The sisters, both from Queens, share the same obstetrician, Dr. Jay Seraji, so Shari's labor postponed her sister's C-section, they said. 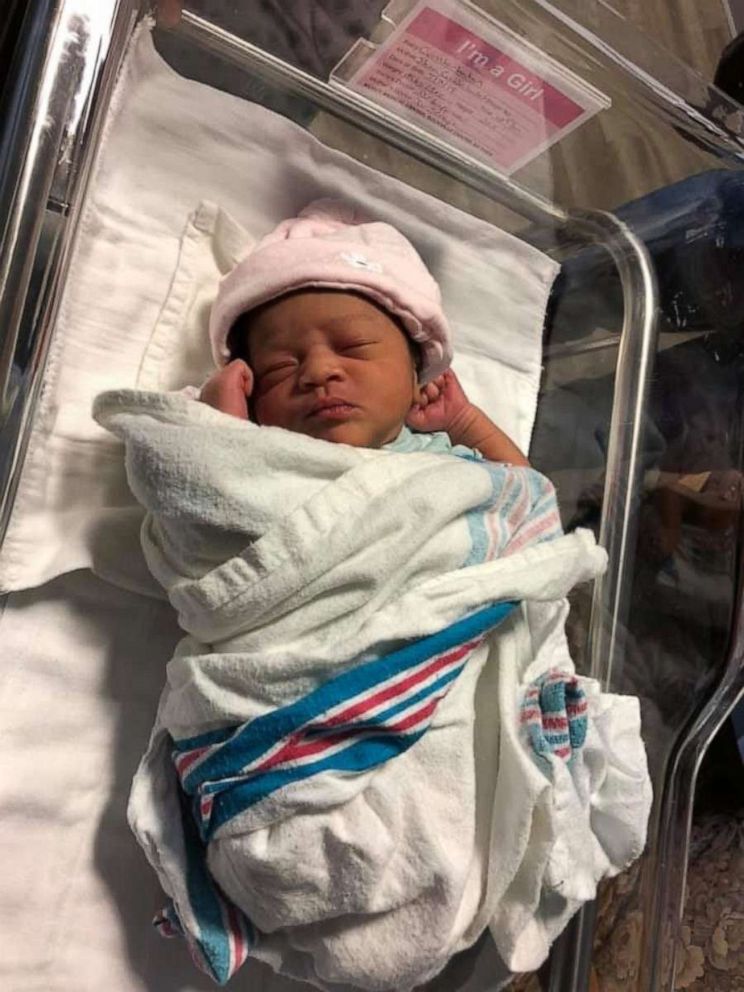 "The doctor said, 'We've got an issue. Your sister was induced and I didn't expect her to go into labor until later but she's 8 centimeters dilated and I'm going to have to take care of that,'" Simone Cumberbatch said.

Both sisters weren't due to give birth until mid-July. However, Simone Cumberbatch chose July 3 to have her C-section so her father could share a birthday with his grandchild, she explained. 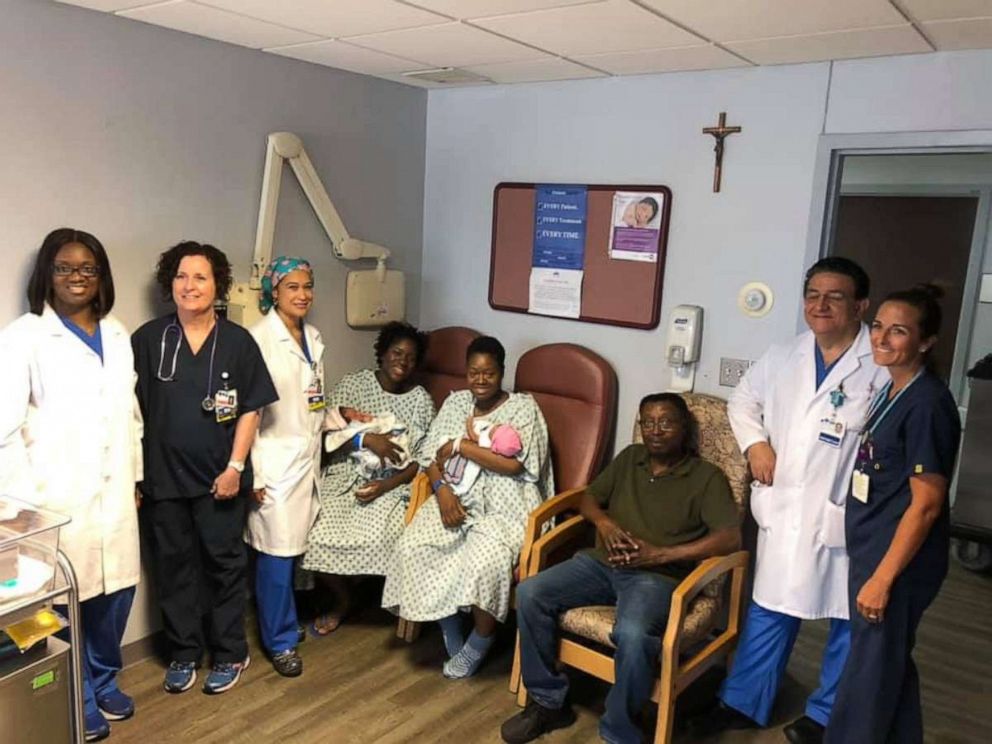 Elmo Cumberbatch, who's now a grandfather to three girls, has a lot to celebrate -- telling Mercy Medical Center that he's excited to buy the kids presents.

Both sisters said they are pleased by the happy accident. 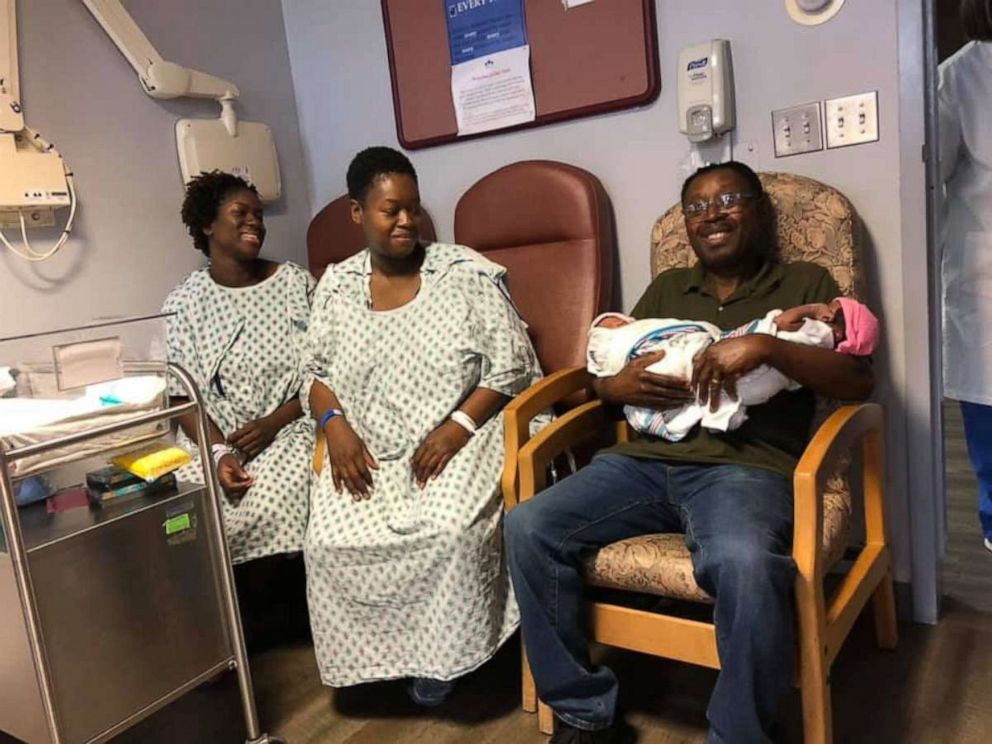 "I'm kind of hoping her cousin will be her best friend," Shari Cumberbatch said of her daughter.