A Utah couple who adopted a baby boy five years ago are now parents to their son's infant sister after the siblings' biological mother made a special request that they take in the girl, too.

Joseph and Shanna Weight, of Elk Ridge, were contacted in January by their adopted son's birth mom, who told them she was pregnant again. The woman had reached them again through A Act of Love Adoptions -- the agency where the Weights adopted their first child, Milo, 5.

Now, 3-month-old Onni is under the same roof as Milo and another brother, Nash, 2.

"Milo, he was kind of the perfect first child," Shanna Weight told "Good Morning America" when asked to describe her children. "He was our entire world. I can't explain what he's done for our lives. Nash's exuberance and fun keeps on our toes. Onni has a sweet calmness to her. She's just pleasant and happy, but particular. She makes sure you get it right."

The Weights were married for nine years before deciding they wanted to become parents through adoption. They spent two weeks in the system before being selected to adopt their son, Milo, who was born Aug. 21, 2013.

Milo's birth mom was 18 years old when she had him, Joseph Weight told "GMA."

"She was a young mom and she had grown up with a lot of siblings from a lot of different fathers," he said. "She never knew her dad so she wanted her child to have something better than what she had." 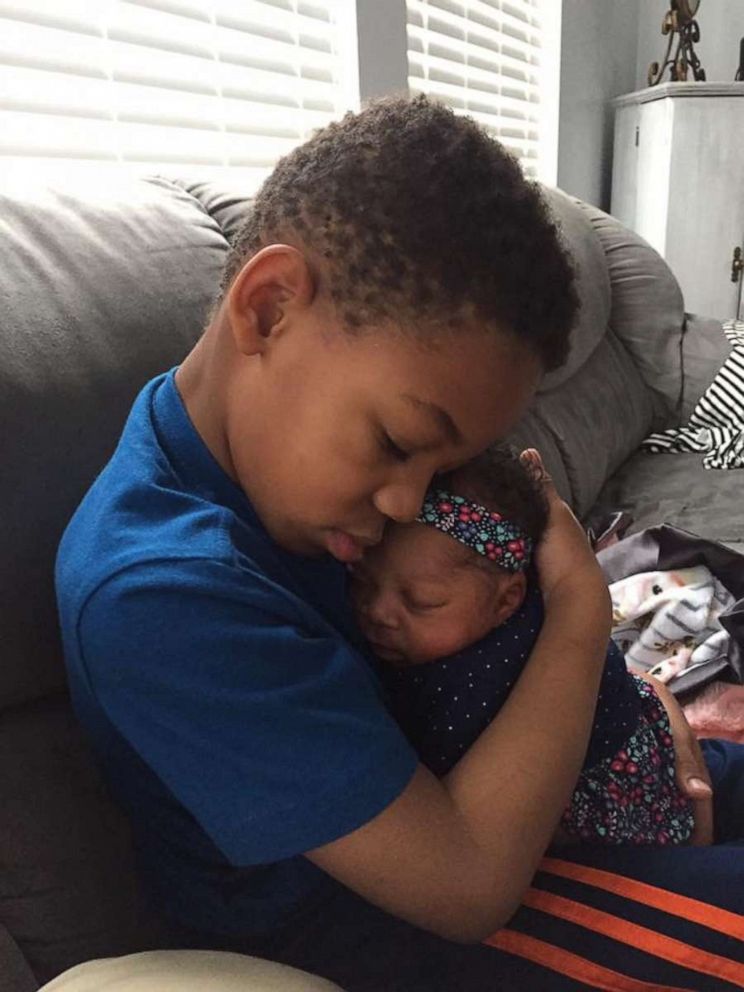 Joseph Weight
Milo Weight, 5, is seen in an undated photo holding his baby sister Onni, 3 months. The children share the same birth mother and were adopted into the same family. 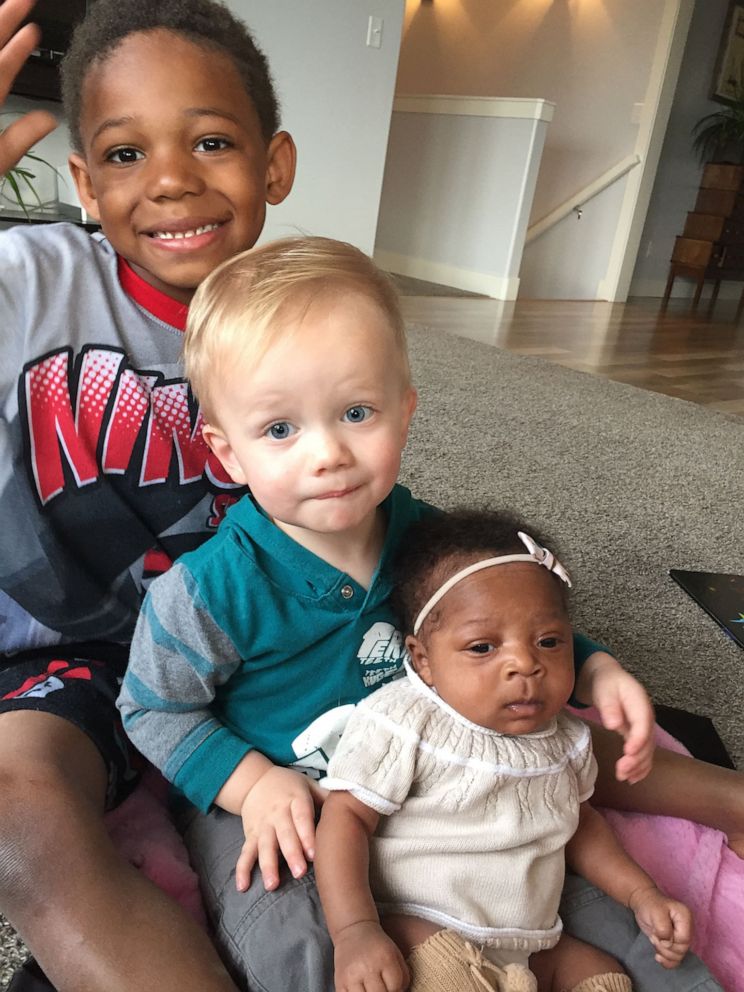 Joseph Weight
Joseph and Shanna Weight of Elk Ridge, Utah, were contacted in January 2019 by their adopted son Milo's birth mom who told them she was pregnant again -- this time, with a baby girl.

The Weights thought their family was complete, until five months ago, when the adoption agency called with some news about Milo's birth mother. 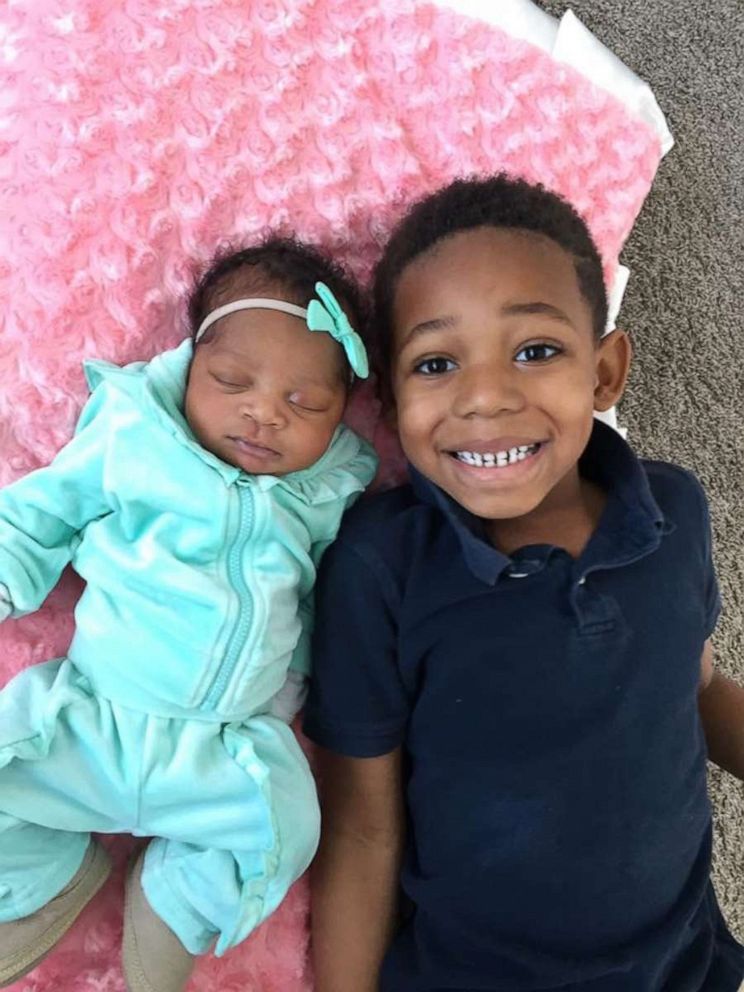 "They contacted us and said, 'Milo is going to be a big brother' and asked if we would consider adopting his sister,'" Joseph Weight recalled. "At the time I was like, 'That's a big one.'" 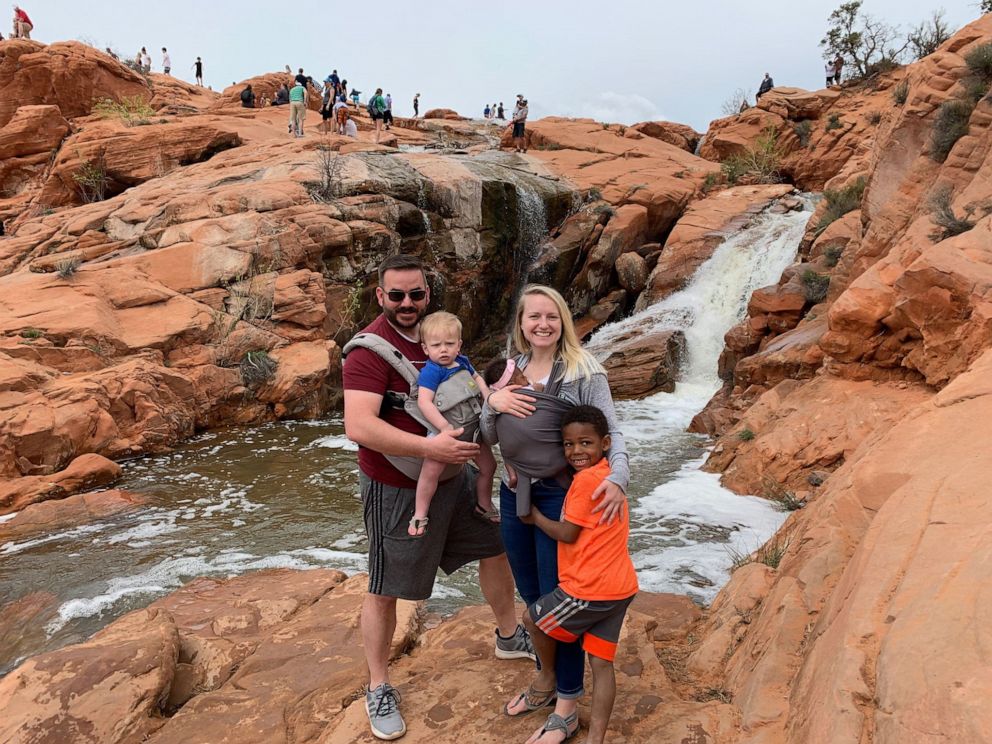 Joseph Weight
Joseph and Shanna Weight of Elk Ridge, Utah, are seen in an undated photo with their kids Milo, 5, Nash, 2 and their newly adopted daughter, Onni Pearl Weight, 3 months.

Shanna Weight was travelling out of the country when the agency reached out to her husband, she said. 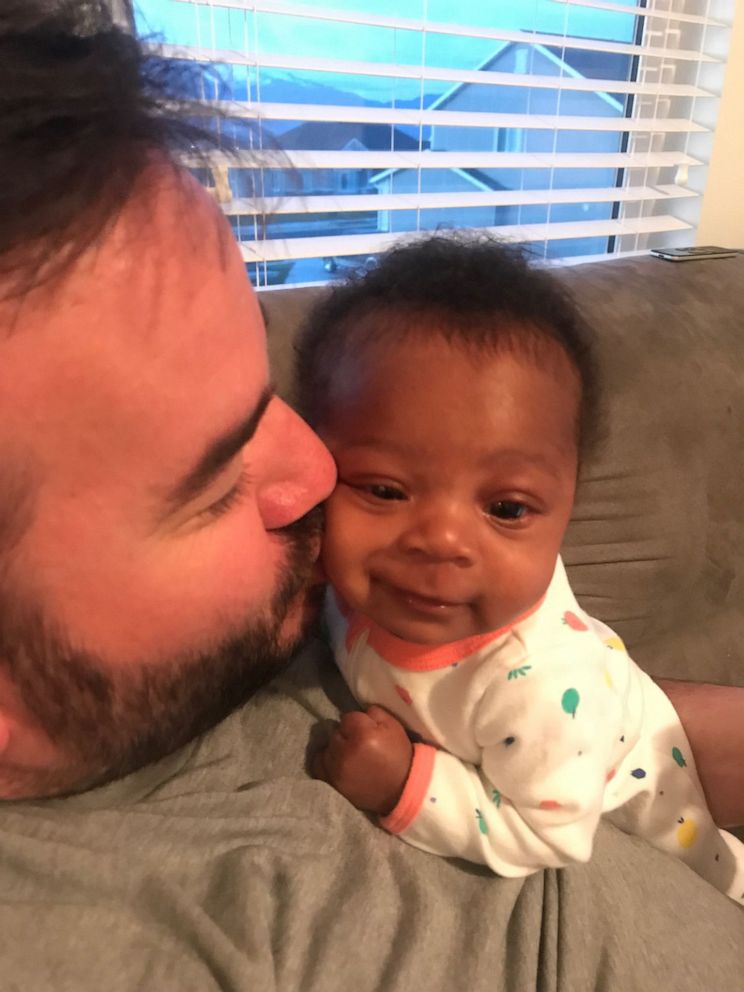 "My first thought was, 'There's no way we can do this. We're not ready,'" she recalled. "After the initial shock wore off I thought, 'It would be so nice to have them raised together.'" 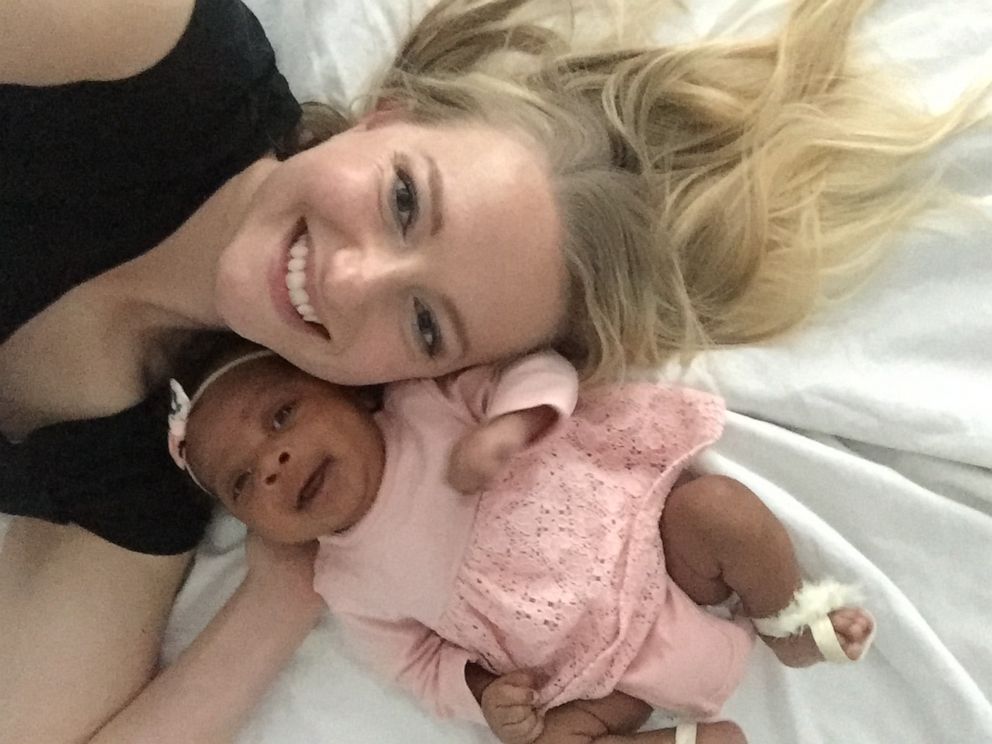 Joseph and Shanna Weight thought over the idea of adopting Milo's younger sister. They slept on it for a weekend, they said, but Milo already had his mind made up.

"I [told Milo], 'Your birth mom is pregnant' and he started jumping up and down," Joseph Weight said. "He pointed his finger right in my face and said, 'We're bringing home that baby.'" 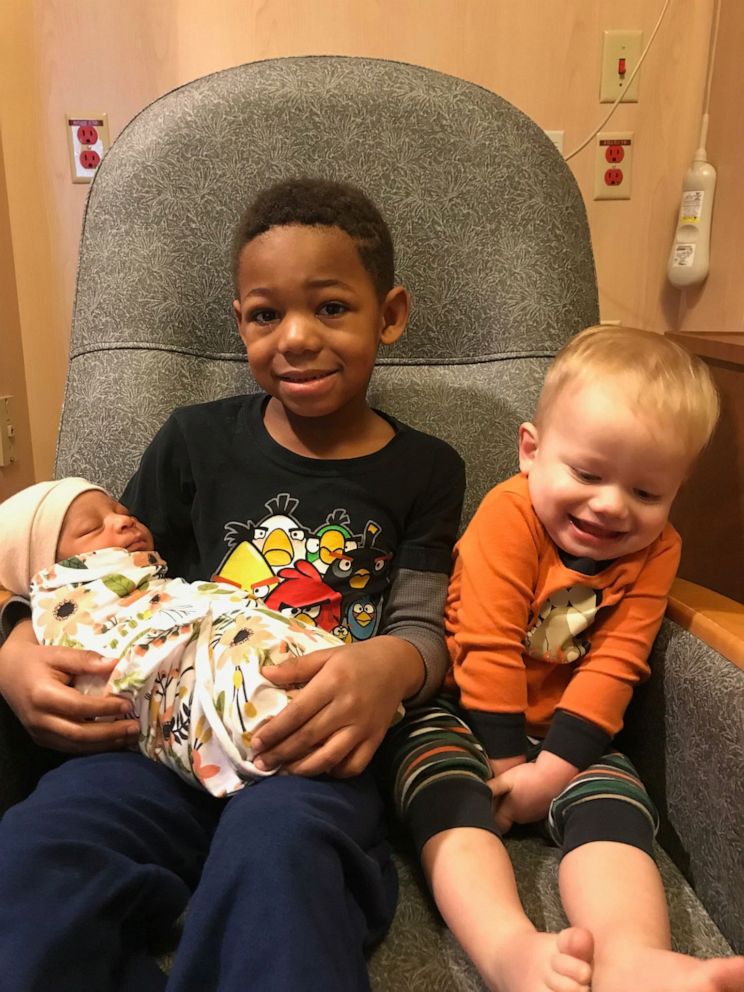 Onni Pearl was born on Feb. 25 and and the Weights took her home two days later.

(MORE: Mom learns foster baby is her adopted son's sister, so she adopts her as well

Shanna Weight said it was humbling to be chosen by the same birth mom twice. 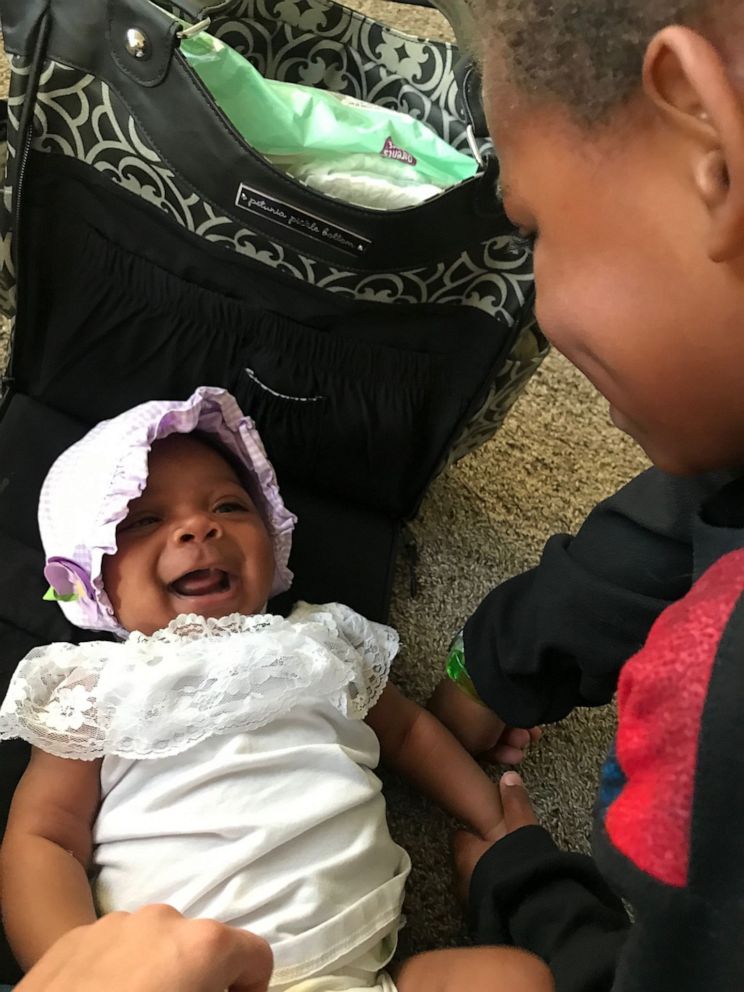 "I felt very grateful that she would give us the opportunity to also parent one of [Milo's] siblings," Shanna Weight said. "I think how courageous [their birth mom] was to recognize that they needed something more than she could give them. She was very selfless in what she did."

"I'm thankful every single day that she chose us and felt like we'd be good parents."

As for Milo, he's over the moon to be with his little sis, Onni.

"She has a dimple just like Milo," Joseph Weight said. "He loves to talk to her and make her smile. She's a smiler." 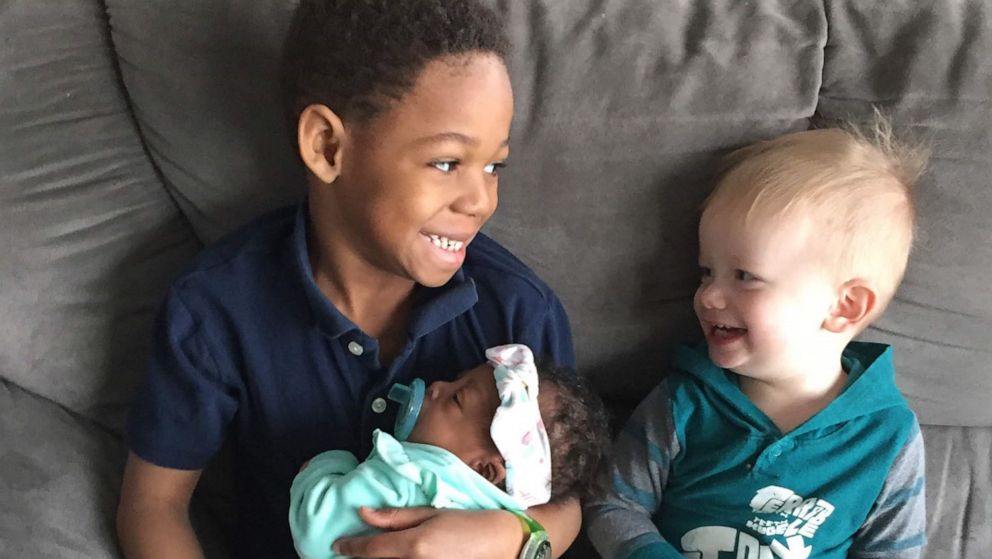 Joseph Weight
Milo Weight, 5 and his brother Nash Weight, 2, are seen in an undated photo with their baby sister, Onni Weight, 3 months.