A man who was born deaf is now the owner of a sweet puppy who is also unable to hear.

At 6 weeks old, Emerson was rescued from a shelter in Florida and later transferred up north.The black lab mix experienced seizures and an infection known as canine parvovirus. He eventually pulled through and was put up for adoption, said Lindsay Powers of NFR Maine.

"Once we got him home from the vet's office from Florida, we realized he had hearing difficulties," Powers told "Good Morning America. "He doesn't let it bother him at all, though he's a typical puppy." 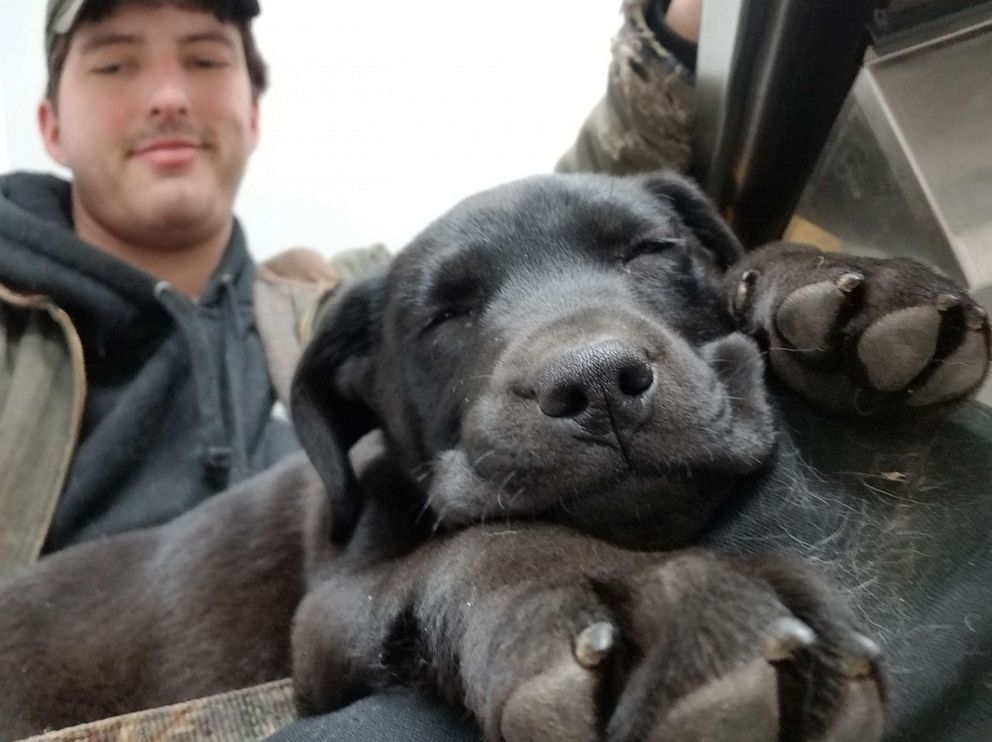 "He had such a rough start to life and he ended up with an absolute fairy tale ending," Powers added.

Powers said she's unsure if Emerson was born deaf or if he lost his hearing later on. 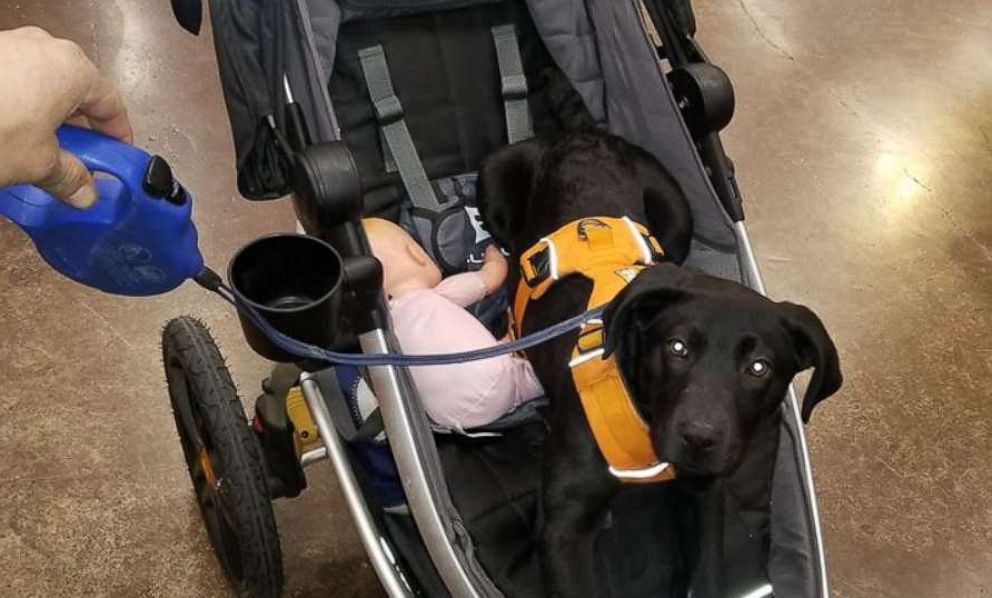 Courtesy Richelle and Nick Abbott
Nick Abbott, 31, of Maine, adopted his dog Emerson and teaches him sign language. Both Nick Abbott and Emerson are deaf.

"Right off the bat he said, 'I'm deaf also and I feel like we'd have a good connection,'" Powers recalled, adding that she processed the application within a day. 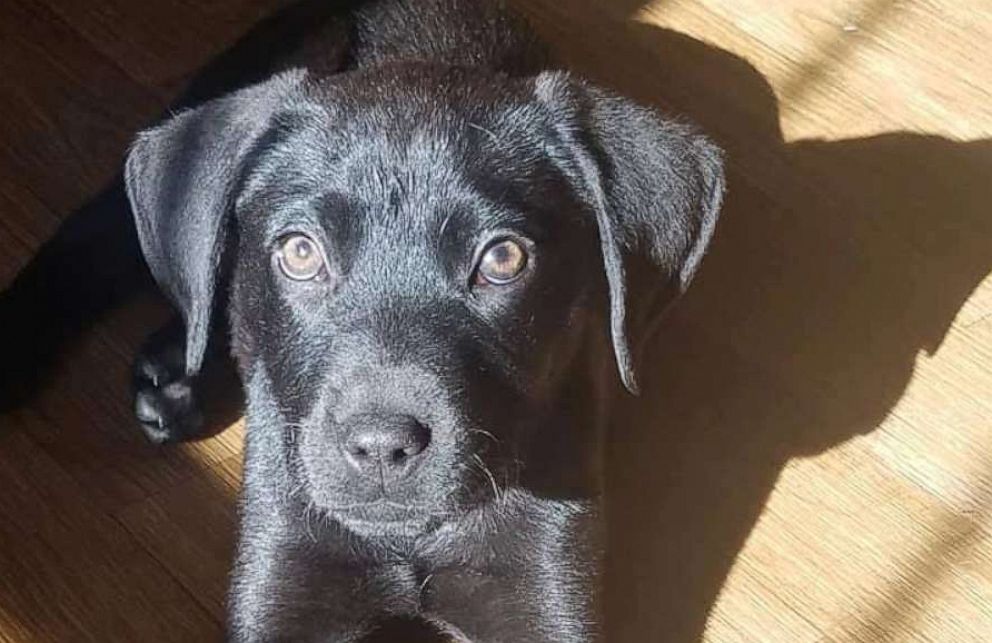 Courtesy Richelle and Nick Abbott
Emerson, a black lab mix, was rescued out of a shelter in Florida and brought to the foster-based rescue, NFR Maine where he was eventually adopted.

Abbott and Emerson soon met in person and hit it off. Richelle Abbott, Nick Abbott's mom, told "GMA" that her son and the pup were "meant for each other."

"It's amazing," she said of their relationship. "Whenever they're together, Emerson is always finding a way to lean on Nick." 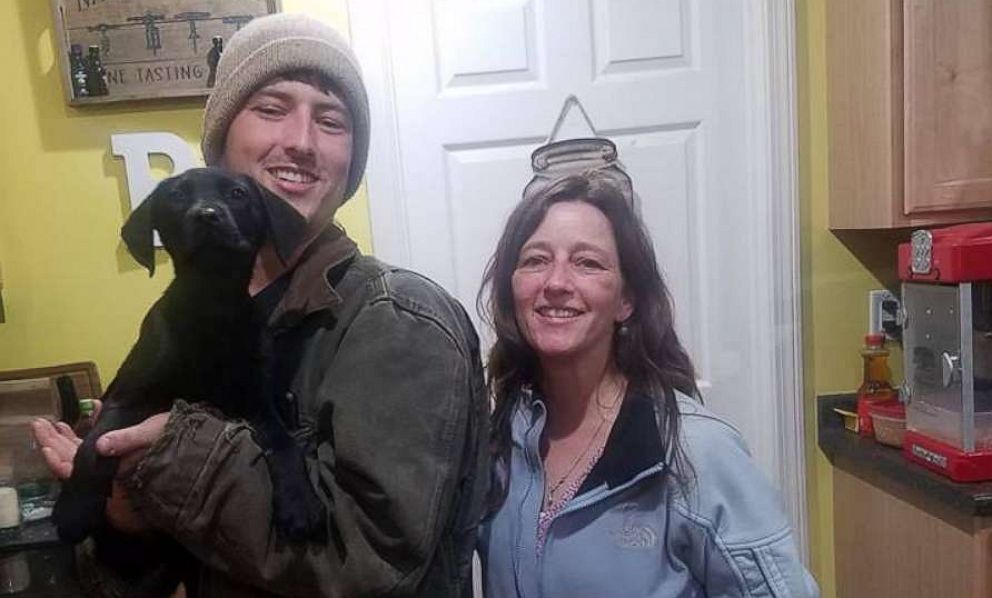 Courtesy Richelle and Nick Abbott
Nick Abbott, 31, of Maine, is seen in a recent photo with his mother, Richelle Abbott and dog, Emerson. Both Nick Abbott and Emerson are deaf.

Richelle Abbott, a mother of two, said Nick has been teaching Emerson sign language to sit, lay down and come.

"If Nick reaches up and shakes his ear lobe, Emerson will bark -- it's so cute," she added. 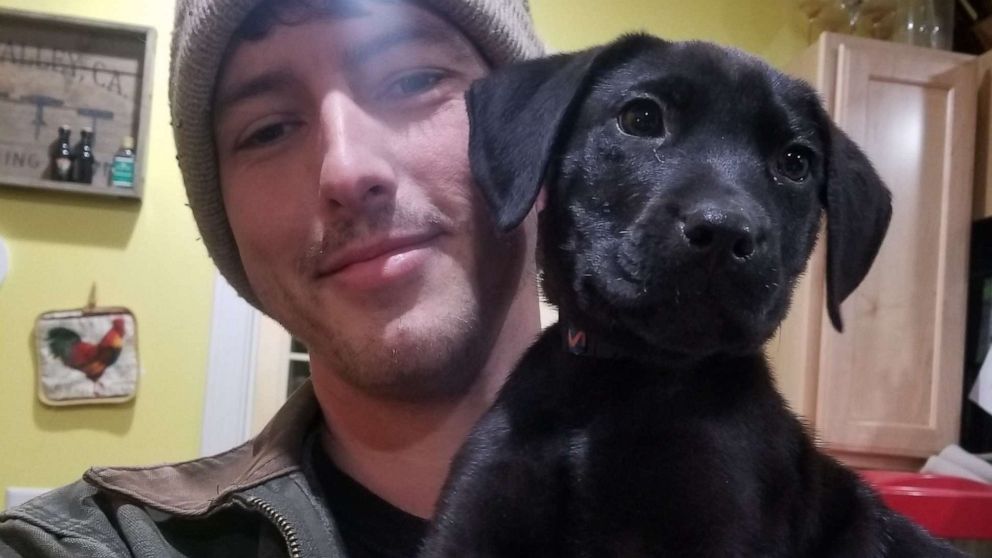 Courtesy Richelle and Nick Abbott
Nick Abbott, 31, of Maine, was born deaf and adopted a dog named Emerson, who is also deaf.