Cindy Dawkins was celebrating her 50th birthday in Orlando earlier this month when family members said she began to feel tired and short of breath.

Just a week later, Dawkins, of Boynton Beach, Florida, passed away due to complications from COVID-19, according to her family.

She left behind four children, ages 12 to 24, who are now speaking out amid their grief to urge people to take the coronavirus pandemic seriously and get vaccinated.

Dawkins, who worked at a local restaurant, did not get a COVID-19 vaccine, according to her son, 20-year-old Tre Burrows.

"I think she wasn't sure about the vaccine, and we followed the rules and kept our masks on," Burrows told "Good Morning America." "Now seeing how it happened and how quickly it happened, it definitely changed our perspective. Getting a vaccine helps more than any damage it could do." 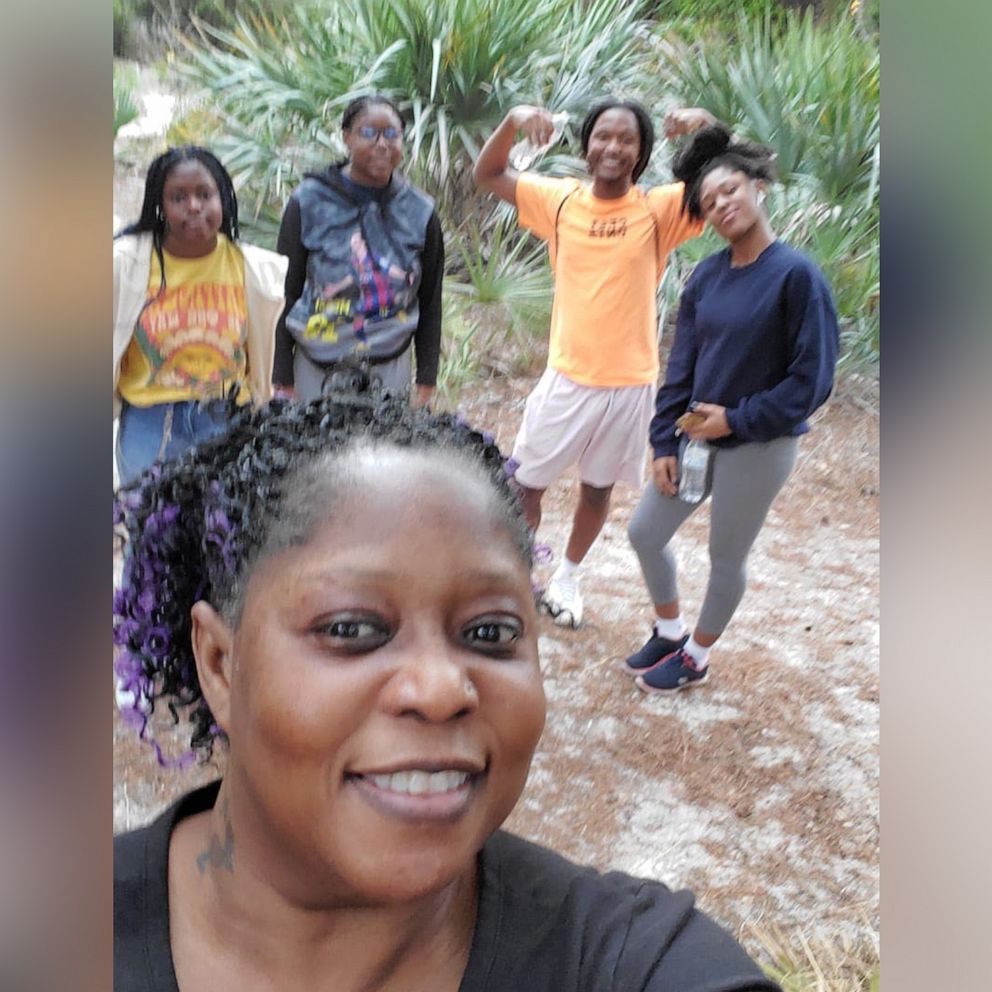 Just 59.5% of Americans ages 12 and up are fully vaccinated against COVID-19, according to data from the Centers for Disease Control and Prevention. Public health officials have strongly urged people to get vaccinated to help prevent serious complications from COVID-19, especially as the more contagious delta variant has spread quickly.

More than 623,000 Americans have died from COVID-19, according to data from the Center for Systems Science and Engineering at Johns Hopkins University.

Dawkins, a Bahamas native, was supposed to sign final paperwork in the process to become a U.S. citizen on the day that she was taken to the hospital by ambulance. Just two days later, on Aug. 7, Burrows and his siblings received an early morning phone call from the hospital to come as soon as they could.

By the time they made it there, less than 30 minutes later, Dawkins had died. The family has not yet received a death certificate but were told that she died after contracting COVID-19 pneumonia, according to Burrows.

"It felt like a dream," he said of learning his mother had died. "It honestly did. It didn't even feel real."

Burrows and his older sister, Jenny Burrows, 24, are now scrambling to support their younger sisters, Zoey, 15, and Sierra, 12, and keep their family together. 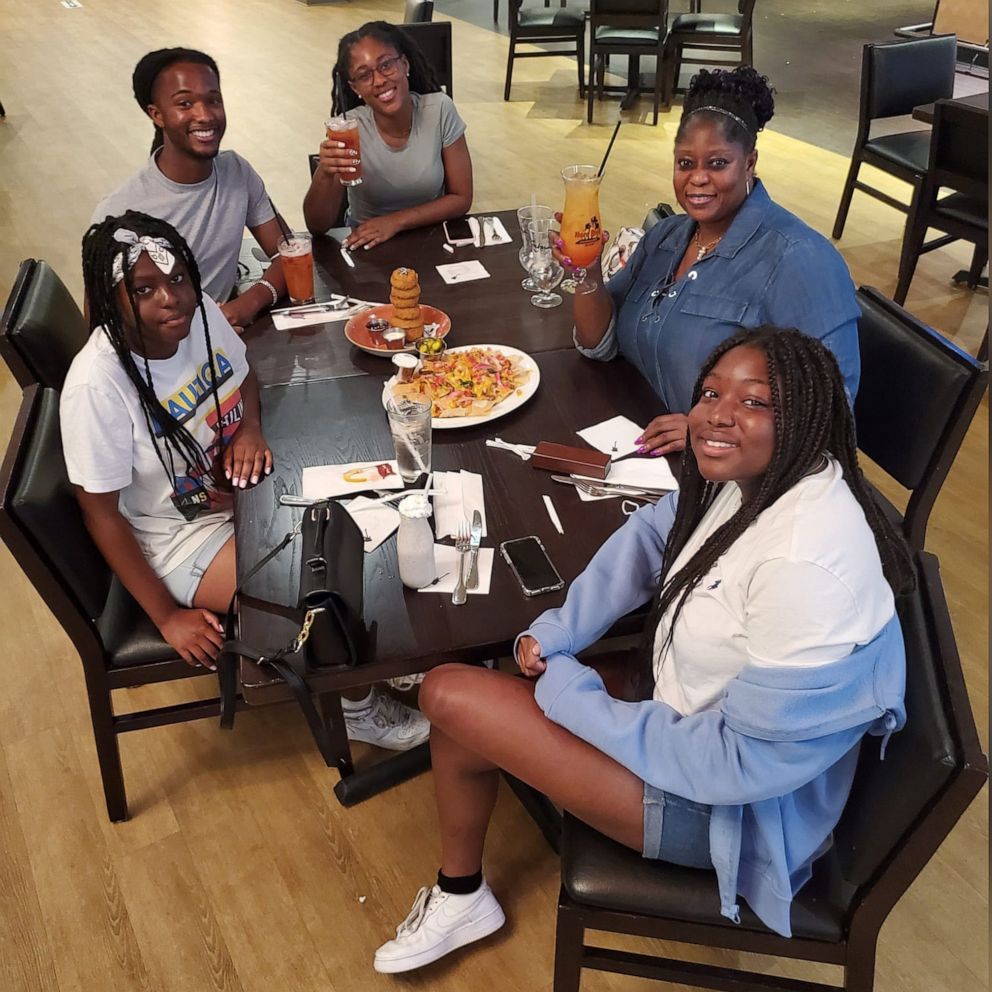 "Even when we were younger, [our mom] would tell us that we were brothers and sisters and we had to look after each other," said Jenny Burrows. "Right now we're in survival mode trying to make sure that everything gets done."

The two siblings, who both lived at home at the time of their mom's death, say their first priority was making sure Zoey and Sierra, who just started ninth and seventh grades, respectively, could stay with them in the U.S. instead of returning to the Bahamas, where their mother's relatives live.

They are currently working to obtain temporary guardianship of their younger sisters, while at the same time helping them start school and grieve their tragic loss. The siblings also are working through the issues that come up after a loved one dies, like applying for survivor benefits and making sure things like health insurance, doctors' appointments, banking and bills are in order.

"We're making sure everything is set for our sisters, that they have a good foundation," said Tre Burrows, who recently started a new job with a local health care company. "We're doing exactly what our mother was doing."

Added Jenny, a dental assistant, "We're trying to stay on top of everything because we don't want to disappoint [our mom]."

The siblings described their mom as a hard worker -- holding two jobs at one point and always working overtime to provide for her family.

"She was an amazing woman, not just a mom," said Jenny Burrows. "She never wanted her kids to worry about anything." 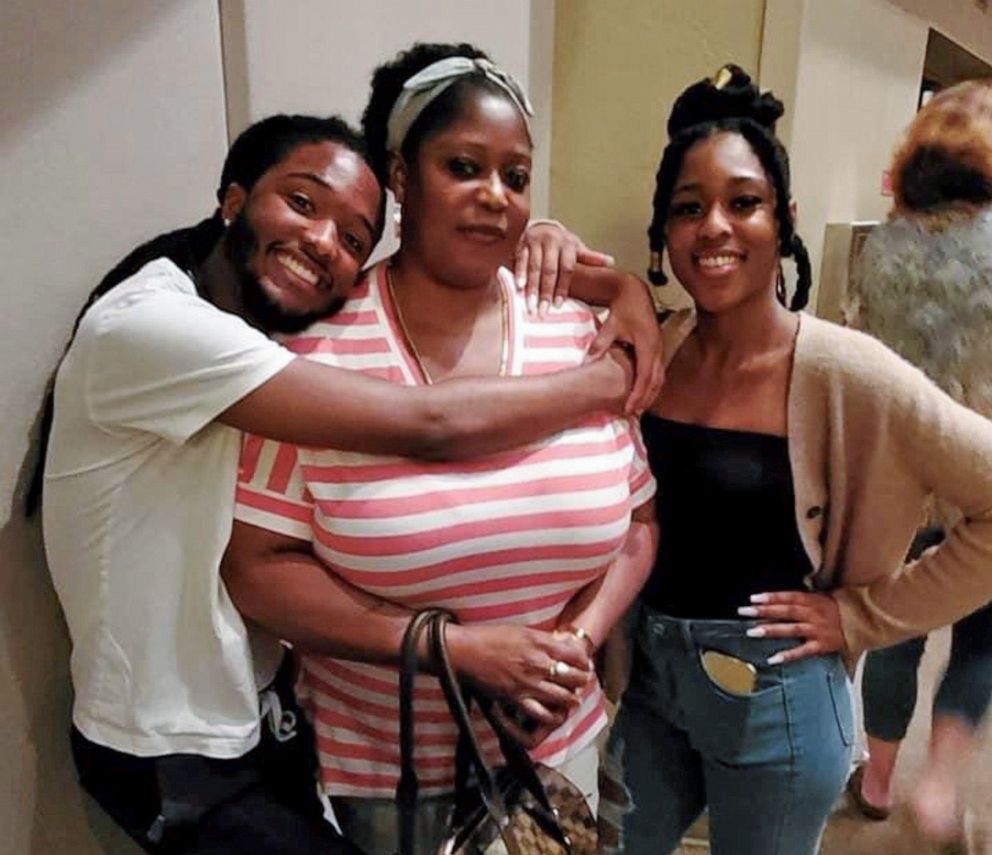 "We were homeless for a while, and she never wanted us to experience that again," added Tre Burrows. "She went into overdrive making sure everything was taken care of and that we didn't want for anything."

At one point, when Dawkins and her children were experiencing homelessness and staying in a hotel, the family was helped by Janie Yoshida, a stranger at the time whose daughter attended high school with Tre Burrows.

Yoshida said she noticed Tre Burrows walking home from school and offered to give him a ride, only to learn his family was homeless.

After meeting Dawkins, Yoshida put her name on a lease for an apartment, where the family has lived for the past three years.

"We've just been in each other's lives ever since," Yoshida said. "Cindy was the hardest working person and would have done anything and everything for her kids."

"It's just devastating," she said of her friend's death.

MORE: Over 8,000 students in Florida school district isolated or quarantined a week into school year

After Dawkins' death, Yoshida started a GoFundMe for the family that has raised more than $20,000.

"Cindy made such a point of keeping her family together. Even if it was a hotel room, they were all together," Yoshida continued. "I feel like Tre and Jenny have that sense of having to do the same thing, and they can do it.."

"I told them that we're family and we're going to figure it out," she added. "We're not going to let them fail, but it's going to take a village."

The Burrows siblings said they have been "overwhelmed" by the support from friends like Yoshida and strangers alike.

They hope to eventually use some of the money donated to their family to put a down payment on a house where all four siblings can live together. 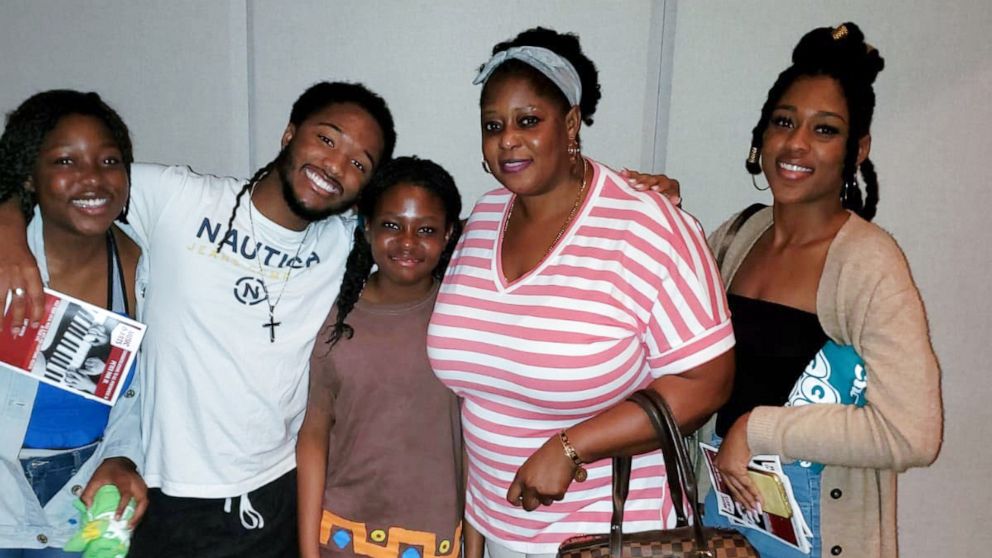 "We are so grateful to everybody," said Tre Burrows. "I know [our mom] is so happy that we are sticking together the way that we are and not letting a tragedy separate us."

Added Jenny Burrows, "I feel like my mom would at peace because if I know my mom, this is all that she wanted, to make sure that her kids would be OK. That's what she was living for. She was living for us."