For many hospital patients, pain is part of their reality. According to a new study, however, an unreal environment might help.

From orthopedic pain to cancer pain, patients experienced different types of pain. VR worlds were as different as mountain scenery with meditations and cartoon worlds with target practice.

Dr. Brennan Spiegel, Professor of Medicine and Public Health and Director of Health Services Research at Cedars-Sinai Medical Center, was a study author. He believes that VR should claim a legitimate place in pain management. In an interview with ABC News, he said "This is not voodoo science. We can do better at findings ways to engage our patients in managing pain and distress without always reaching for a pill.”

His overall message: “The time has come to introduce this option in patient care.“ According to Spiegel, VR should be considered the same way proven therapies like cognitive behavioral therapy and even mindful meditation. It’s a new "technological platform to achieve time-tested results."

Researchers compared the effectiveness of VR in managing pain by dividing 140 people in pain into two groups: one group had VR experiences, the other watched health and wellness videos on TV. The VR headset gave them a choice of 21 VR scenarios; research staff suggested they use them three times daily for 10 minutes at a time and whenever they had extra pain. They indicated their pain levels on a scale of zero to 10; zero meant “no pain” and 10 was the “worst imaginable pain." They looked at differences in the amount of pain medications used between the VR and television groups, and included the level of opioid pain medications they were using. 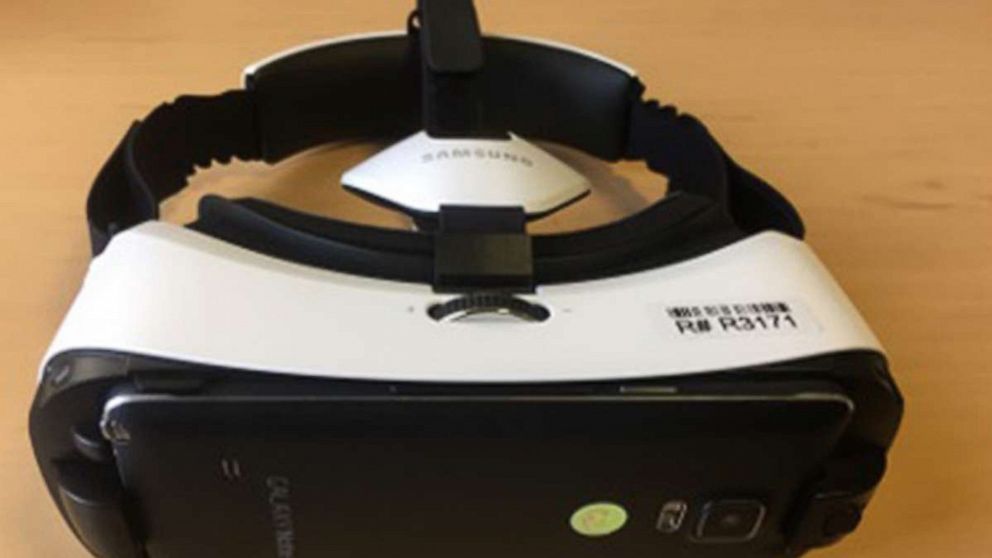 Applied VR
Virtual reality could be the newest tool in pain management.

While the notion that VR might reduce pain may surprise some, Spiegel explains, "We are modifying the way people are experiencing their illnesses. [VR] can modify how the illness is perceived."

Dr. Houman Danesh, Director of Integrative Pain Management at Mount Sinai Medical Center, has occasionally referred patients to use VR for treatment and sees the study results as promising. Using VR in addition to other pain treatments is consistent with Danesh’s view that pain needs tend to go beyond using a single tactic: “For pain management, you do need a multimodal approach to achieve effects,” he told ABC News.

In general, pain medications are not all created equal; effects -- and side effects -- vary. Some are addictive, some cause nausea, some work better than others.

VR’s side effects are different. According to Spiegel, "When used for healthcare -- in contrast to use for gaming and entertainment -- we have not observed signs of addiction with virtual reality. We do see some low-grade cyber sickness," says Spiegel, describing the dizziness that commonly occurs with VR headset usage. Spiegel reassures, however, that this symptom "almost always" resolves after the headset is removed.

Whether or not VR can take the place of available pain medications, however, is not a question that the study can answer. Spiegel believes that ”a future study may help answer if [VR] could be an alternative [to opioids].” He hopes that VR can be added, not only to treatment with opioids, but to any pain management program. 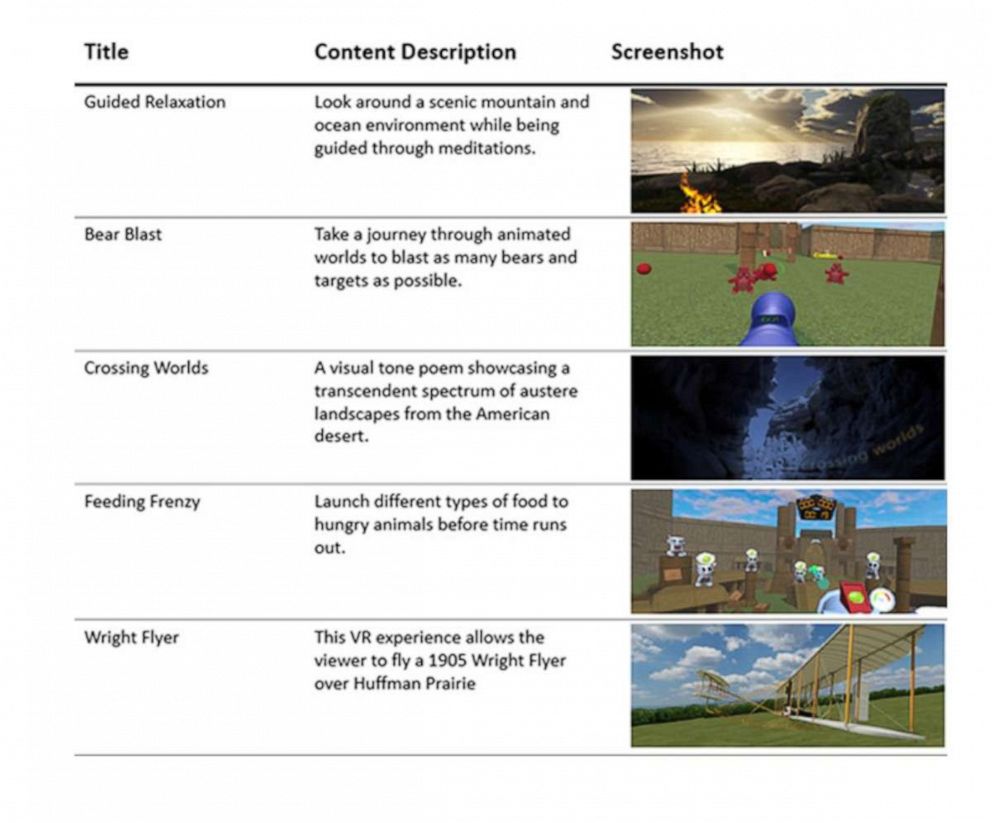 Applied VR
Patients have a choice of virtual reality programs.

Since the study took place in a hospital instead of a laboratory, it might give a more “real world” result. "This was a very pragmatic study to understand the real-life impact of VR in the hospital setting," says Spiegel. Just how practical is it for pain patients to have access to VR while staying in the hospital? According to Danesh, “Virtual reality is easier to use in an inpatient hospital setting. [VR] is readily available, [it] can be reused. It can get rid of any environmental stimuli, as well.”

Even if the means by which it is achieved is virtual, the hope is that the difference patients feel in their pain is real.