Tennis is everything for Genie Kilpatrick.

Ever since her mom signed her up for classes when she was young, "tennis has been my life," she said. "It saved my life in so many ways."

"I was a chubby little kid and needed some sort of a -- some way to exercise," Kilpatrick said.

Tennis was also her window into social life and belonging in high school.

She even went on to get a full-ride college scholarship for her talents. After graduating, she became a tennis coach for a living and met her wife, Sheri Norris, through the sport. 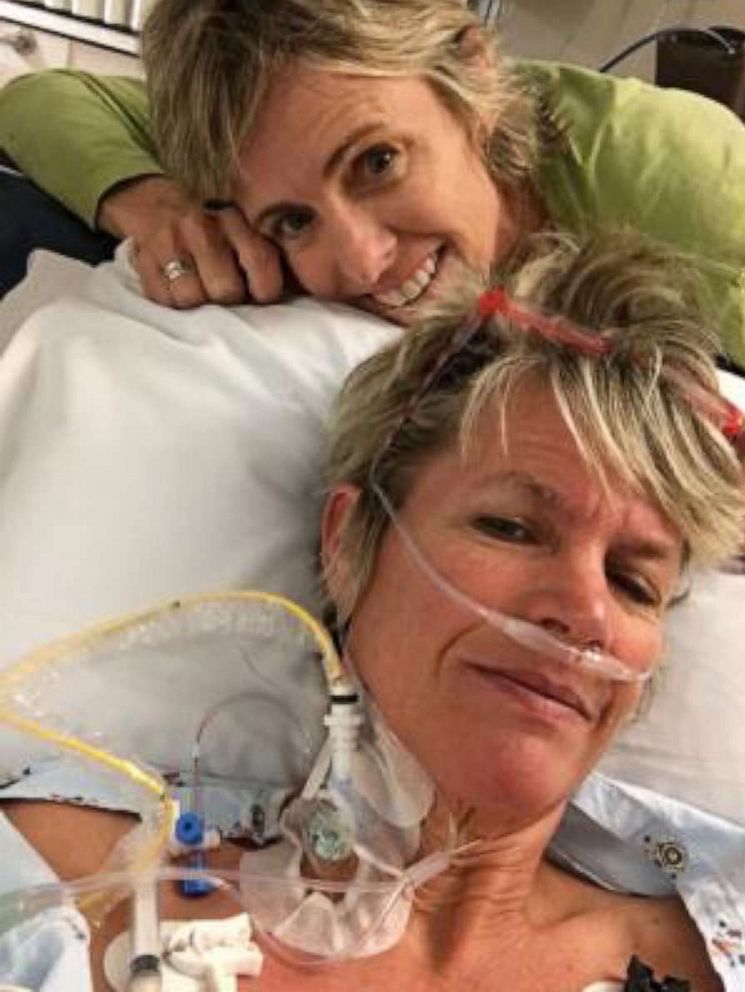 Sheri Norris
Genie Kilpatrick recovering in the hospital with wife, Sheri Norris, by her side.

But in 2015, at age 48, she started experiencing shortness of breath and it turned her world upside down.

At first, doctors had trouble diagnosing Kilpatrick, but the root of her illness was finally discovered: pulmonary capillary hemangiomatosis.

PCH is a disease where the vessels in both lungs grow abnormally and make it difficult to breathe. The estimated survival without treatment is three years, according to a study published by Radio Graphics in 2007.

The only cure is a double lung transplant.

As her lungs failed her, she was "not able to walk from one room to the other end without my machine," she said, "dragging the 21-liter oxygen tank with me."

"It was tough because I didn't think I'd ever have a racket in my hand [again]," she added. "I'd sit at the window and just watch people jog by and run by: 'If only I could just move again.'"

Her return to tennis began when she was put on the transplant waiting list.

Five months later she got the call that there was a donor and that she'd have a shot at a transplant. 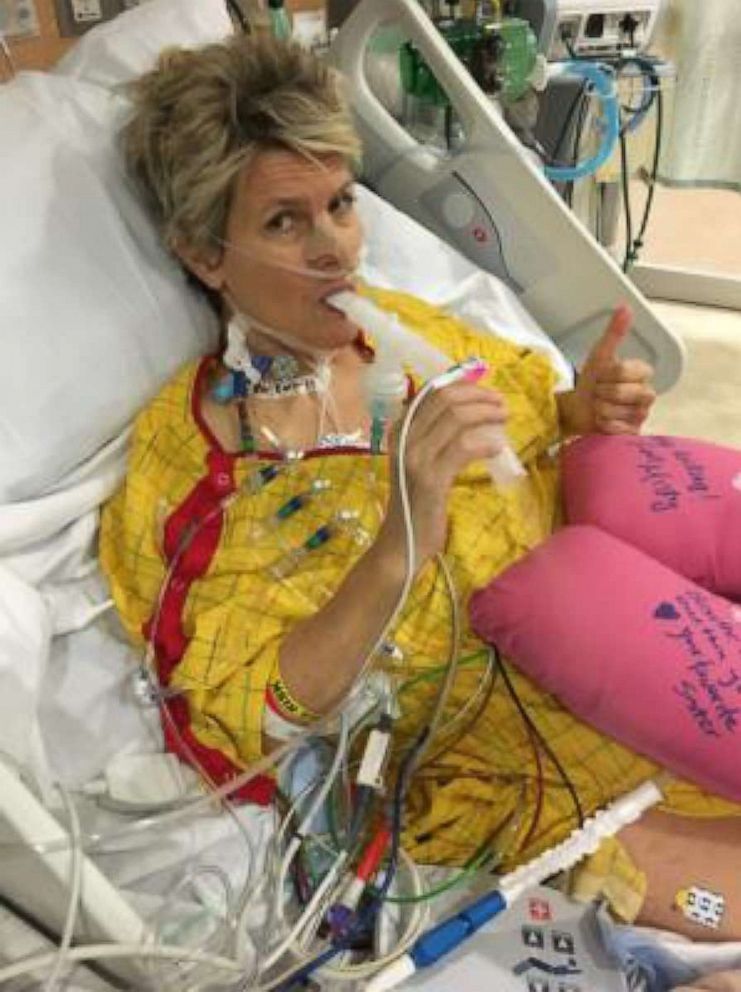 "It's an exciting call," she said. "But you know that some somebody somewhere ... has died and it's tough because someone in some family somewhere is dealing with loss. And we're dealing with a second chance of life."

She went to the University of Texas Southwestern Medical Center in Dallas, where she underwent the delicate, challenging and, ultimately, successful surgery. Along the way, she never took her eye off the prize. 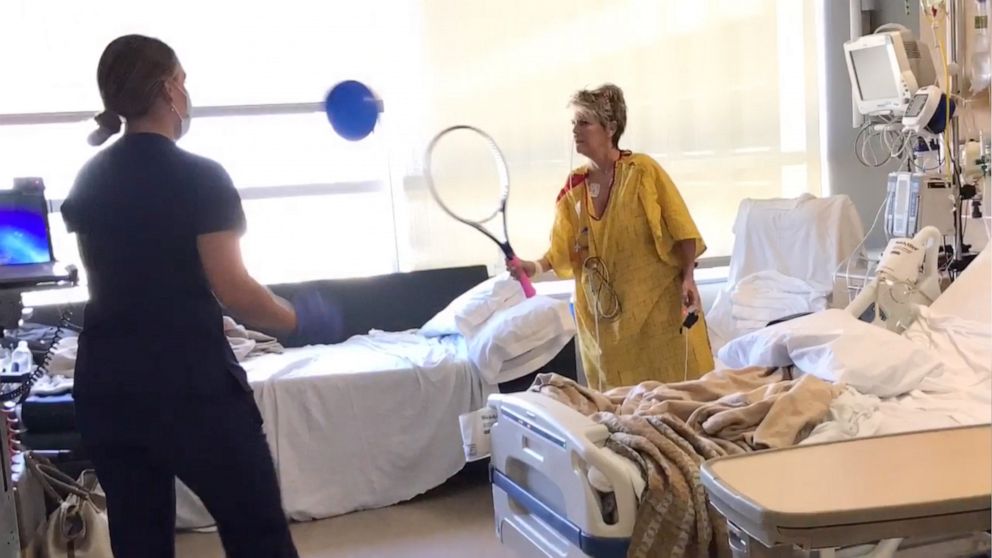 Sheri Norris
Genie Kilpatrick wanted to start practicing tennis as soon as she could, so she had her racket in the hospital after surgery.

Her wife made big tennis posters for her to hang up on the walls, and for two months she says she was "in that hospital room and holding that racket in my hand. I was bumping the ball up and down the hall when I went to walk, said, 'I'm not going without my racket!'" 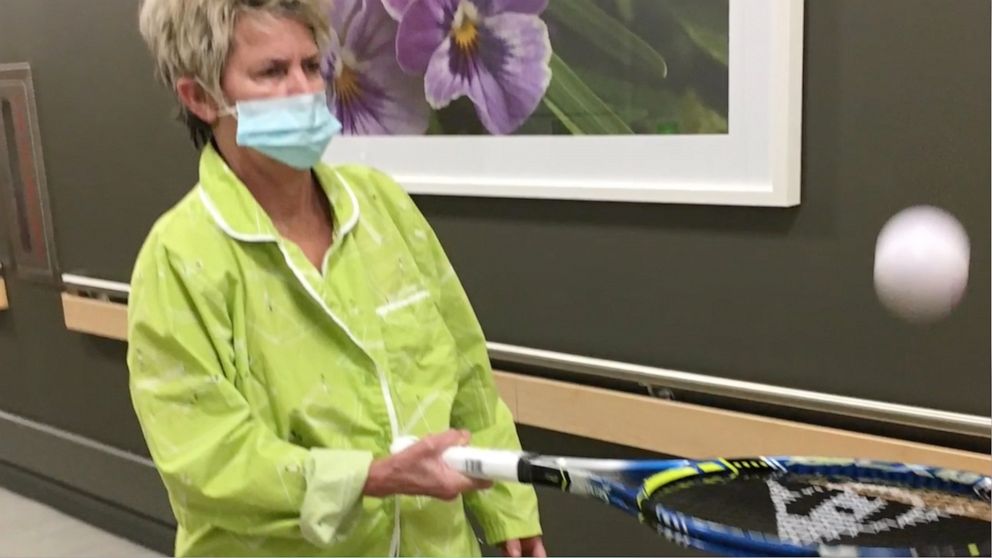 Sheri Norris
Genie Kilpatrick wanted to start practicing tennis as soon as she could, so she had her racket in the hospital after surgery.

Right before her surgery, she had learned about the World Transplant Games and made it a goal to compete.

(MORE: This woman donated her kidney to a co-worker and now they hope to send a message)

According to Kilpatrick, the majority of participants in the World Transplant Games have undergone transplants of organs such as the kidney, liver or pancreas. Lung transplants are less common, with University of Michigan Medicine reporting about 2,000 Americans receive a new lung compared to the 18,000 kidney transplants that take place each year.

And Kilpatrick was a rarity with her double lung transplant. 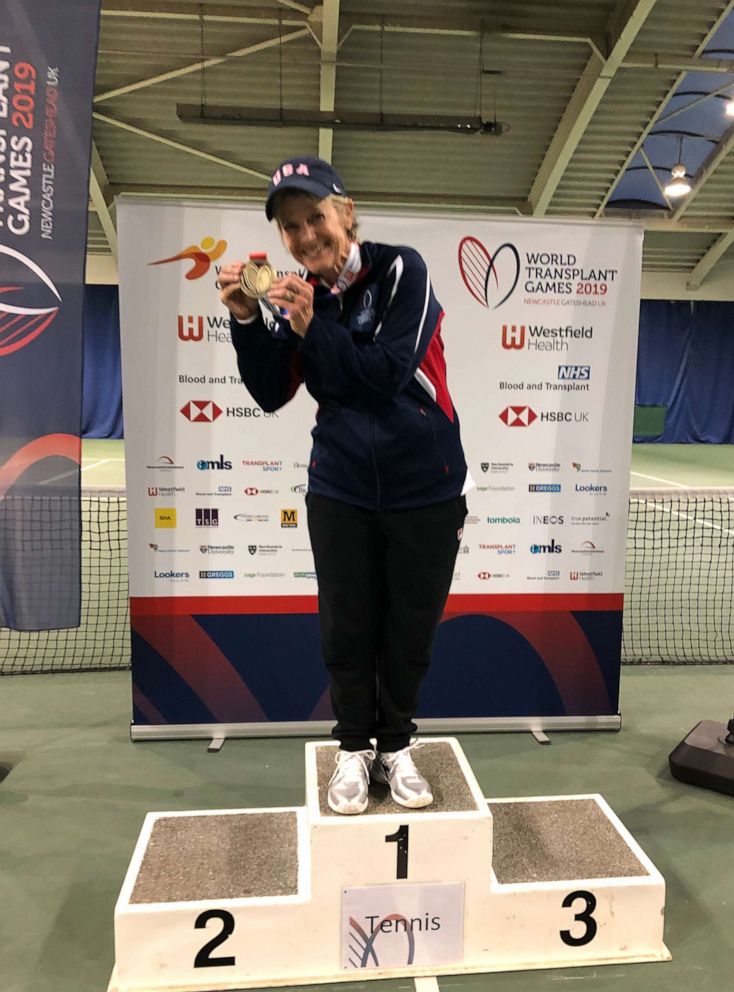 Regardless, she gave it her all and came home with gold during the August 2019 games.

"Just to take home the gold and represent your country was pretty incredible," she said. "I don't know what it feels like to be a kidney or liver [recipient] or anything else, I just feel like I'm the same as everybody else because I had a lung transplant."

She now spreads awareness for how organ donation changes lives, even going to the tennis tournament where she once coached to set up informational booths about becoming an organ donor.

"It's all about giving back and spreading the word. I'm happy to do anything that I can to get the word out," Kilpatrick said. "If one more life can be saved, it's going to be all worth it."

She's so grateful for everything she has, and wants others to have that same chance at pursing their dreams.

"I was so lucky to receive an organ and have a second chance," she said. "I just want everybody that is stricken with a disease to be able to be in the same boat."