When plus-sized supermodel Tess Holliday opened up this spring about her struggle with anorexia, she also spoke about the backlash she received, saying, "I understand that people look at me and I don’t fit what we have seen presented as the diagnosis for anorexia."

"I’ve had a lot of messages from folks that are anorexic that are livid and angry because they feel like I’m lying,” Holliday also said.

The negative comments slung Holliday's way hit close to home for Susie Sebastian, 30, who says she too does not fit the typical stereotype of anorexia.

"The reactions kind of proved my biggest fear in advocating for myself and for the eating disorder community," Sebastian, of Parkville, Maryland, told "Good Morning America." "A big fear I have is that if I speak out about [my eating disorder], people will think this is not real."

Sebastian's reaction was also one that rang true for Aja Pryor, 29, of Florence, New Jersey.

"I've had the same experience every single time where I was just kind of looked at like there's really nothing wrong with you because you don't fit the type for having an eating disorder," said Pryor. "Because I'm not skinny I'm deemed as atypical, and that's actually made it harder to recover."

"It's made it actually extremely hard to recover, and my story is not uncommon," she said.

Nearly 30 million Americans will have an eating disorder in their lifetime, according to the National Association of Anorexia Nervosa and Associated Disorders (ANAD).

Many of them are medically overweight, or fat as society would call them, yet their weight loss is encouraged, even as it's caused by the eating disorder.

While less than 6% of people with eating disorders are medically diagnosed as “underweight," those people are twice as likely to be diagnosed with an eating disorder than people in larger bodies, according to ANAD.

Pryor said she started showing signs of an eating disorder at age 12, but did not receive treatment for it for years because of her size.

When she did finally enter an inpatient treatment center, after losing weight and suffering medically because of it, Pryor said she was congratulated on her weight loss.

"Before you go into residential treatment, you have to get medical work done, and the doctor that I saw congratulated me on my weight loss," she said, adding that at other points in her life when she also lost weight and suffered symptoms like hair loss and low blood pressure, people, including doctors, would tell her, "You’ve lost so much weight. I’m so proud of you."

Pryor said the cultural stereotypes around eating disorders have even affected the way she thought about herself and her own recovery.

Describing her reaction when she was told she would need residential treatment, Pryor said, "I was shocked because in my mind, I was still over a certain number of pounds. I thought I'm still in a larger body, I'm not skinny by any means, so it just was weird to me." 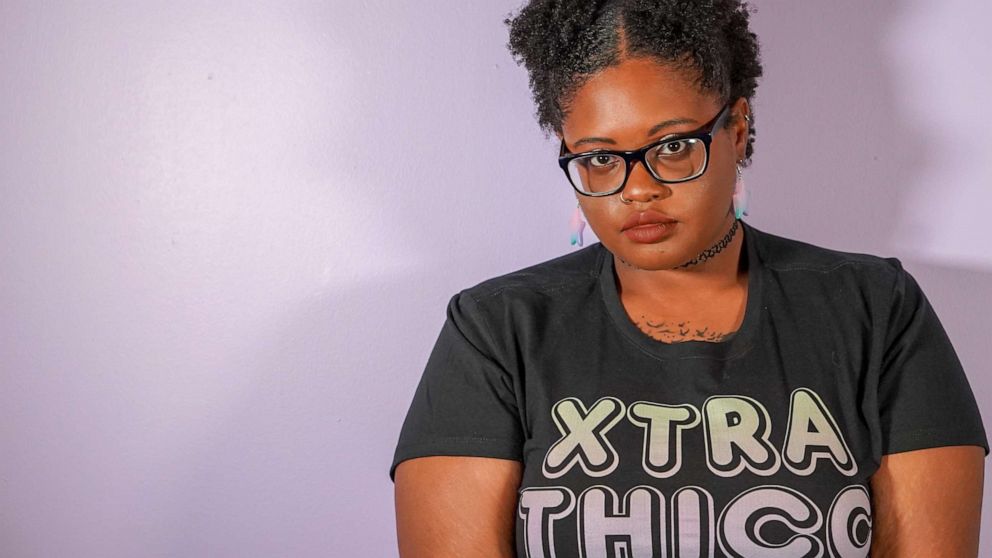 Pryor and Sebastian both said they are speaking out now at a time when they know many more people are struggling with eating disorders, the most common of which are anorexia nervosa, bulimia nervosa and binge-eating disorder.

The coronavirus pandemic has brought on a mental health crisis in the U.S., of which eating disorders are a major part.

Throughout the pandemic, the National Eating Disorder Association (NEDA) has seen a spike of more than 70% in the number of calls and online chat inquiries to its hotline compared to the same time period last year.

The Emily Program, a national network of eating disorder treatment centers, has seen inquiries both online and by phone "fly off the charts" during the pandemic, Jillian Lampert, Ph.D., Emily Program's chief strategy officer, told "GMA" earlier this year.

Throughout the pandemic, eating disorders have remained second only to opioid overdose as the deadliest mental illness, with eating disorders responsible for one death every 52 minutes in the U.S., according to data shared by ANAD.

Sebastian said she has had to work hard to overcome the stigma of being overweight and not being able to focus on losing weight because she has an eating disorder.

"Still to this day, I have to remind myself, 'You were diagnosed with an eating disorder,'" she said. "I know for me mentally that intentional weight loss is not a healthy goal for me, so it is definitely a hard balance to strike." 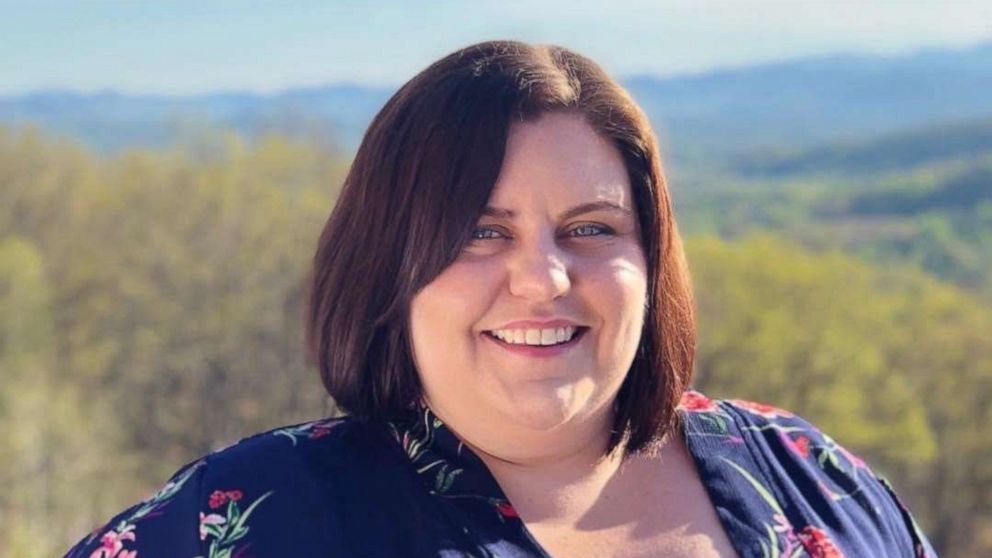 Research shows that not only do people who are in larger bodies have eating disorders at high rates, they also suffer similar medical consequences as people who are considered underweight.

Patients with what's classified as atypical anorexia nervosa are as likely as underweight patients to suffer from bradycardia, or slow heart rate, which can lead to other complications, according to researchers at the University of California San Francisco (UCSF).

Their study also found that patients with atypical anorexia nervosa may carry a heavier psychological burden than those who are underweight, with researchers attributed to "heightened preoccupations with food avoidance and more negative feelings about body shape and weight."

Anorexia nervosa's seriousness as a mental disorder shatters another common misconception about eating disorders that they are a lifestyle choice. The misconception is one that is particularly damaging to people who are in larger bodies.

"Society teaches us that if you're not skinny, you're bad and you need to lose weight," said Pryor. "I go through periods still where I don’t think I qualify for an eating disorder just because of the way that I look."

People who are struggling should be looked at through the lens of their symptoms, and not their body size, according to Samantha DeCaro, PsyD, director of clinical outreach and education at The Renfrew Center, an organization of residential and outpatient eating disorder treatment programs across the country, where Pryor and Sebastian have each sought treatment.

Behaviors to look for in people with eating disorders include isolating, feeling depressed and anxious, eating alone, avoiding events where there is food, avoiding entire food groups, talking excessively about food, calories and weight, exercising even when tired or injured, using the bathroom after every meal or spending excessive time in the bathroom and weighing multiple times a day, according to DeCaro.

In addition to weight loss, physical symptoms for eating disorders can include thinning hair and swollen glands in the face, explained DeCaro.

"There are so many people who have the ability to catch an eating disorder -- school counselors, teachers, parents, caregivers, doctors, nurses, dentists, therapists and dietitians," she said. "We need to focus on the signs and symptoms of eating disorders outside of size and appearance."

The misdiagnoses and stigma that can accompany people with eating disorders can lead them to not seek medical help, which can delay critical treatment, according to DeCaro.

"People can recover at any stage of an eating disorder and any age, but the longer an eating disorder goes on, the more difficult it can be to treat," she said. "There are many folks in larger bodies who are just avoiding seeking out medical and mental health treatment because of the fear they will continue to be prescribed that treatment plan."