By Trinity Joseph
Video by Will Linendoll, Trinity Joseph, Nidhi Singh
Share —
Sign up for our newsletters to get GMA delivered to your inbox every morning!

By the time Sandra Hoehler was diagnosed with cancer, it was as much a moment of relief as one of fear. Six years earlier, Hoehler, now 38, started experiencing symptoms including a persistent genital itch and severe pain that she'd eventually learn were associated with her cancer.

"I kept trying to find out what’s going on because this itch now had progressed to something so severe it would wake me up at night. It would make me cry," Hoehler told "Good Morning America." "I completely felt like nobody was trying to pay attention to me."

Over a six-year period, doctors diagnosed Hoehler with and treated her for yeast infections and lichen sclerosus with different ointments and creams, she told "GMA," but her pain only intensified.

"I was in pain every single day. Whether it was an itch, burning, pain just from sitting," she said.

Hoehler told "GMA" she asked for a biopsy for further testing, but didn't really expect the devastating news she'd learn: It was cancer. 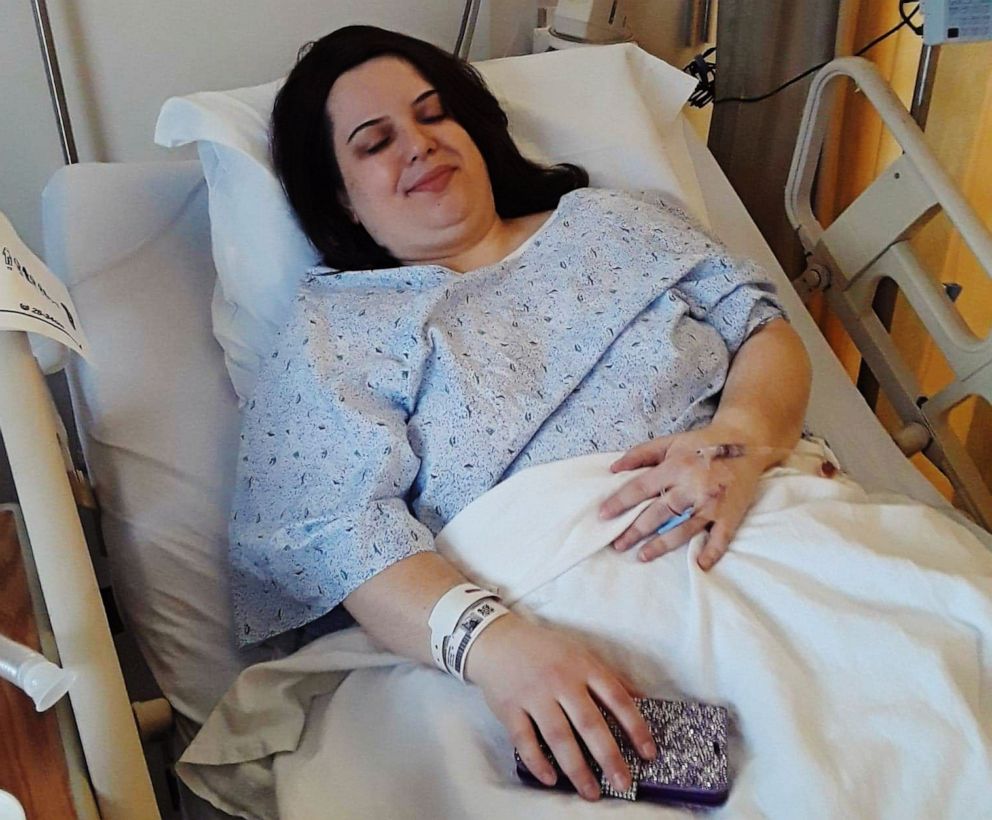 Courtesy of Sandra Hoehler
Sandra Hoehler after her first radical vulvectomy at a medical center in Newark, N.J., on February 7, 2018.

"From time to time, those doubts, 'Are you really crazy?' were there. So there was relief. Like listen, you’re not crazy. Everything you have experienced has been real, has been true and now you know what it is."

Hoehler was diagnosed with vulvar cancer, which accounts for 0.7% of all cancers in women, according to the American Cancer Society.

"Is this going to be a death sentence? What could this cancer do to me still?" Hoehler said she asked herself. The American Cancer Society estimates roughly 6,000 vulvar cancer diagnosis and roughly 1,200 women will die from this cancer in 2019. 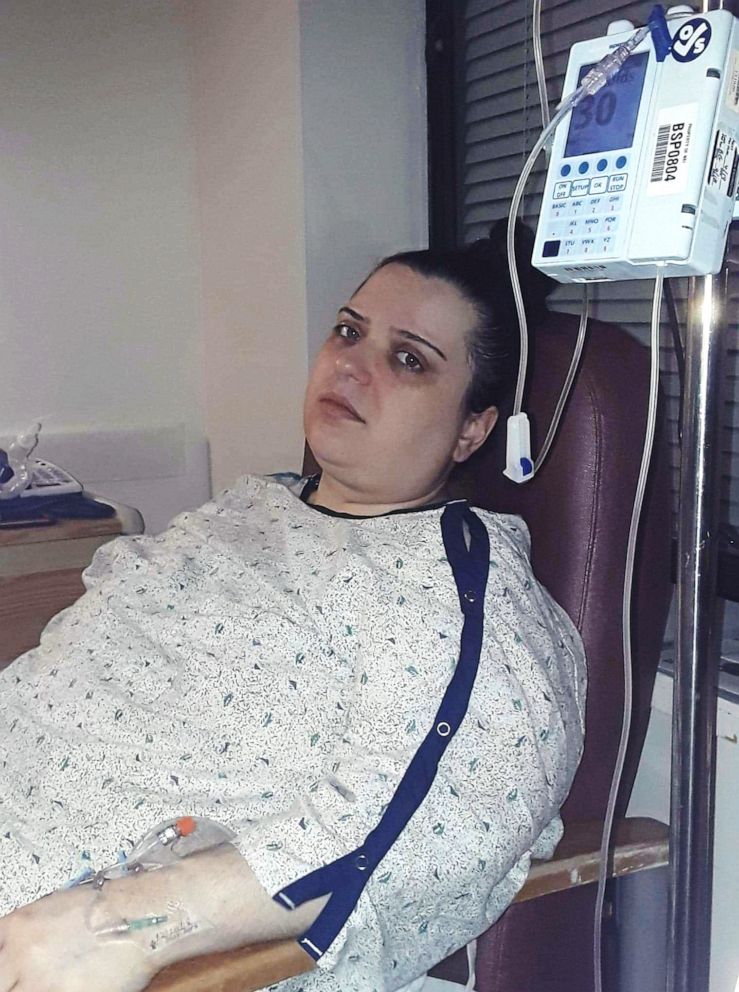 Courtesy of Sandra Hoehler
Sandra Hoehler after a third radical vulvectomy at a medical center in Newark, N.J., on January 12, 2019.

Since her diagnosis in December 2017, Hoehler has had multiple surgeries, including a radical vulvectomy, and is recovering physically and emotionally.

But Hoehler told “GMA” that the informational material doctors were able to provide her with about her cancer was limited due to how rare the disease is.

“I wanted to do something about it, because when I found myself at that doctor’s office, getting those results, hearing vulvar cancer and never having heard of it before.” 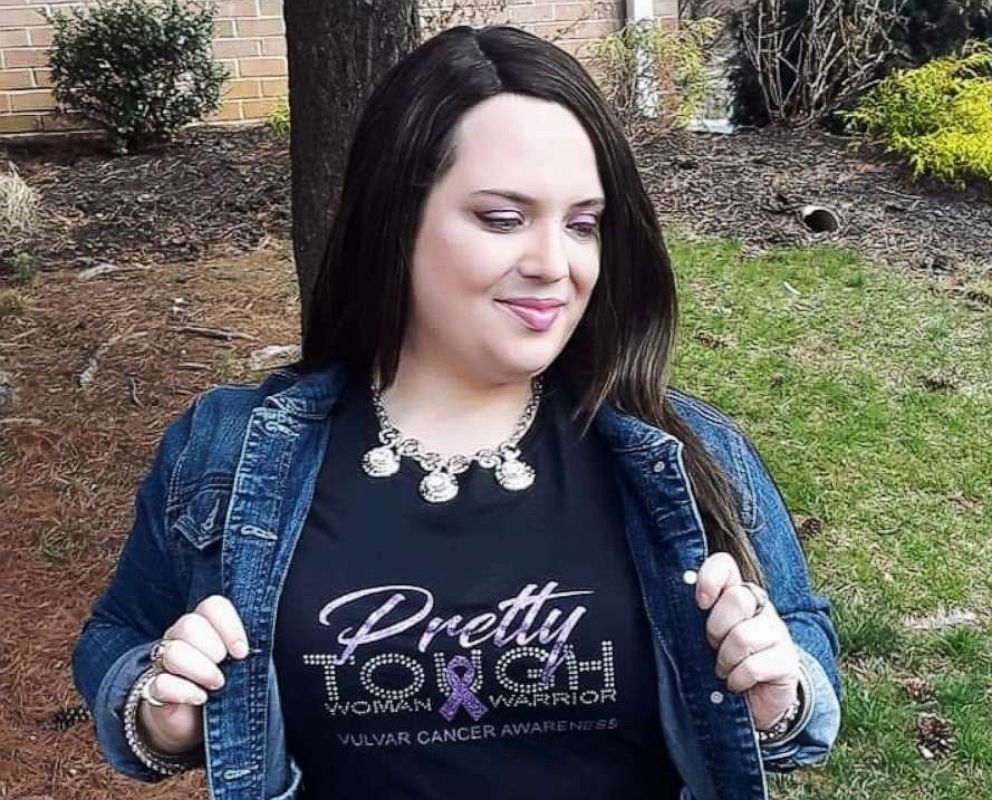 Hoehler organized a vulvar cancer awareness advocacy forum where women can share their symptoms and stories.

How a painful menstrual cycle was a warning sign

Like Hoehler's journey to discover that she had vulvar cancer, Caitlin Nespoli, 29, had a similar experience with gynecologic cancers manifesting themselves with more common menstruation symptoms.

At 16, Nespoli's first symptom was a painful period. She said she was told it was menstrual cycle pain and a year later that she had endometriosis, a disease that occurs when tissue similar to the lining of the uterus migrates outside of the womb, often resulting in severe pain.

But when Nespoli continued to have painful periods and felt full after small meals, she told "GMA" her mother demanded an ultrasound.

“When everyone said don’t worry about it, she said, 'I love my daughter. I know my daughter. This isn’t her and something more is going on,'" Nespoli recalled. 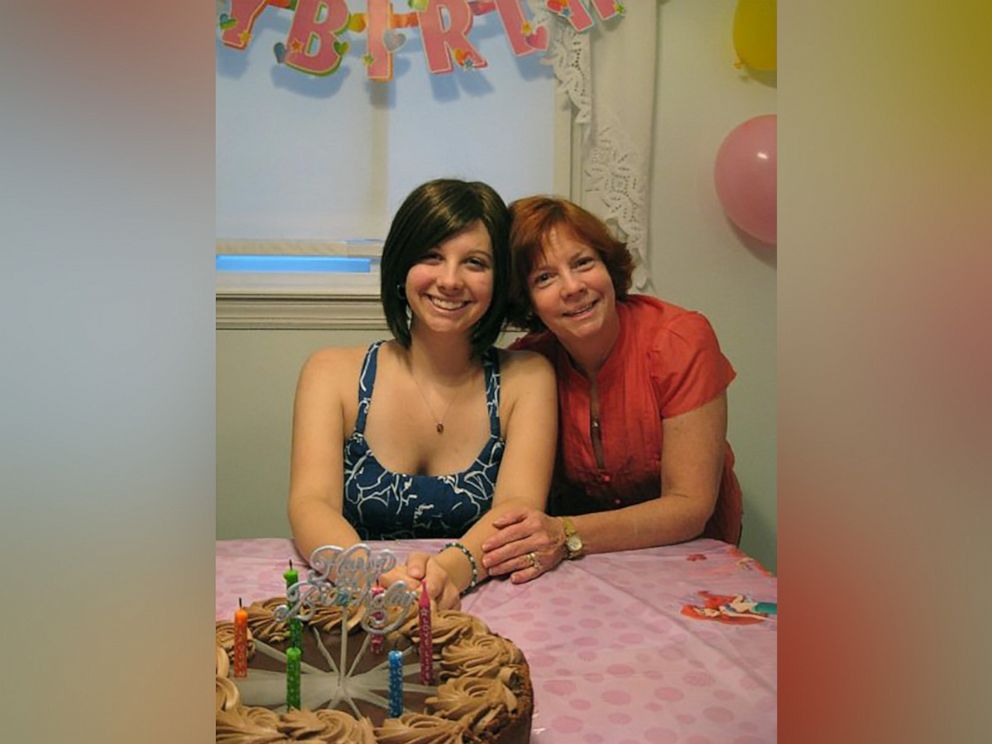 The ultrasound showed a dermoid cyst, but she was told it was unlikely to be malignant.

Ovarian cancer accounts for more deaths than any other type within the female reproductive system, ranking fifth in cancer deaths among women, according to the American Cancer Society.

"I'm asking my mom if I am going to die? I want to get married and have kids. Will this be the end for me?" Nespoli said. 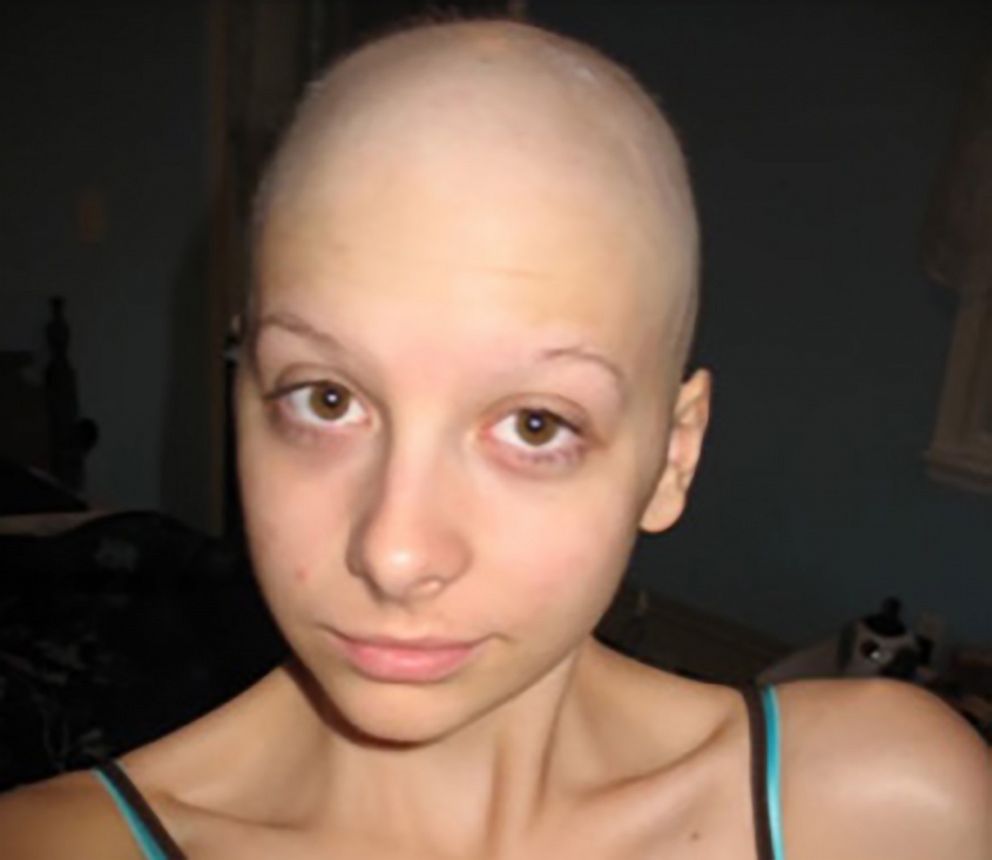 Courtesy of Caitlin Nespoli
Caitlin Nespoli with a shaved head after chemotherapy at her home in Massapequa, N.Y., on September 9, 2008.

While Nespoli’s friends were preparing for college, she was undergoing chemotherapy and was down to nearly 90 pounds. She underwent six months of chemotherapy that saved her life. Nespoli has been in remission for 10 years.

Now she is a doctor of acupuncture and works in women’s health. She told "GMA" she tells her female patients to always fight. "Fight for what you believe in if you think something is wrong," she said.

Trusting your instincts after being diagnosed

After consistent routine mammograms, in June 2017, then 47, Cephas had another mammogram followed by an ultrasound. After the results still showed dense breast tissue she was told to return in six months, but only a few months later, Cephas experienced excruciating pain while exercising.

"I felt a sharp, bulging pain as I was jogging. At night I felt burning inside my left breast," she said.

After insisting on a biopsy, she was diagnosed with invasive lobular carcinoma. A type of breast cancer that starts in the milk-producing glands (lobules) in the breast. 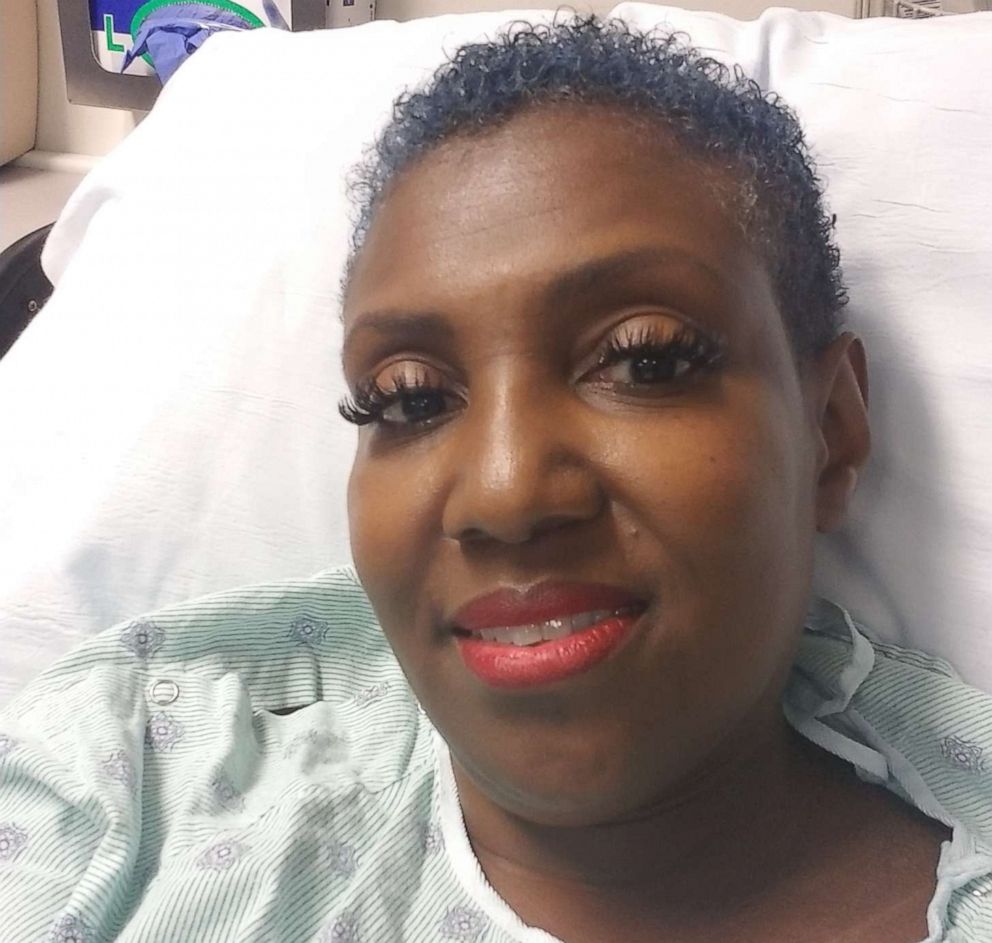 Courtesy Carletha Cephas
Carletha Cephas at a doctor's appointment while on chemotherapy pills in Los Angeles, Calif., in August 2019.

Cephas pointed out other symptoms to her medical team.

"I pointed out symptoms, like redness, I pointed out the orange peel and how it was warm to the touch," Cephas said.

The skin of your breast appearing pink, reddish purple, or bruised, in addition to appearing like the skin of an orange is a sign of inflammatory breast cancer, according to The National Cancer Institute.

After advocating for another biopsy, she was diagnosed with stage 4 metastatic inflammatory breast cancer.

“I never knew that all breast cancers wouldn’t be shown on a mammogram,” she said.

Inflammatory breast cancer represents only 1% to 5% of all invasive breast cancers in the United States, but accounts for 10% of breast cancer deaths, according to MD Anderson Cancer Center.

By the time she was diagnosed with breast cancer it was terminal. 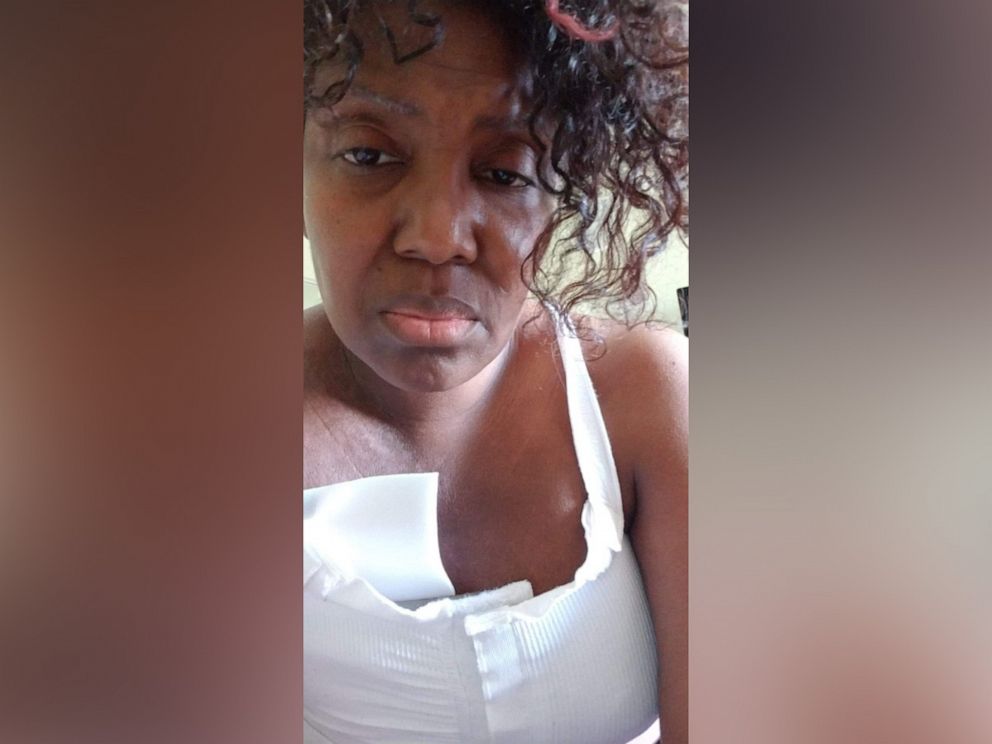 "It ate my breast away like a flesh-eating virus."

African American women are at higher risk for inflammatory breast cancer, according to The American Cancer Society, and also tend to be diagnosed with breast cancer at a later stage.

DeSantis said that even with improved breast cancer treatment, disparities still exist. “In fact, as treatments for breast cancers have improved, the mortality disparity between black and white women has widened.” 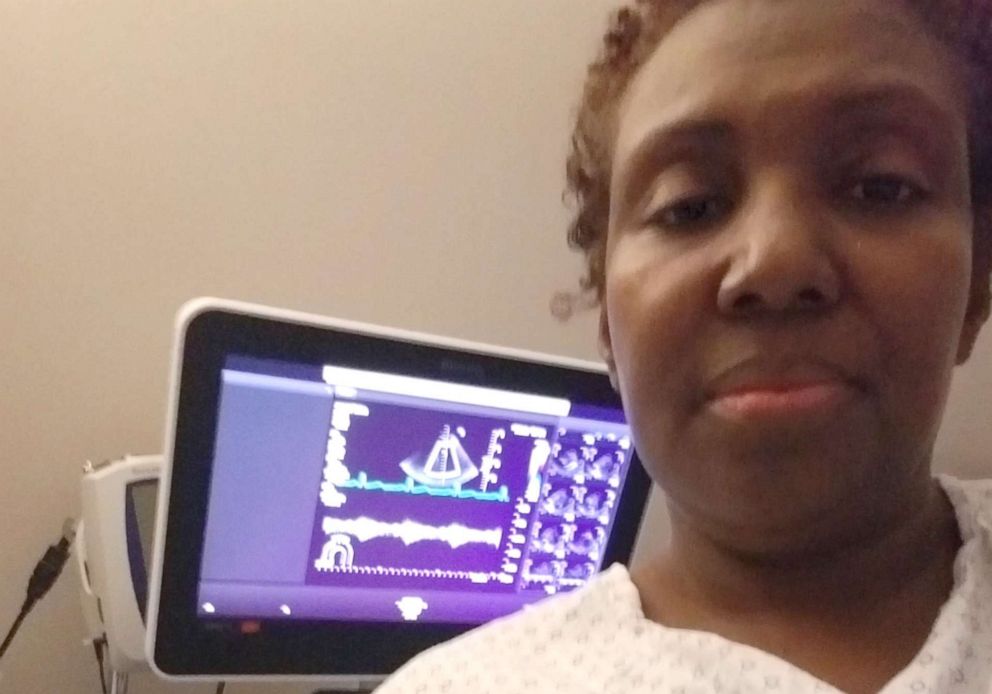 Cephas has undergone chemotherapy and hormone therapy and is now in a clinical trial to attempt to slow down the progression of the cancer that has spread throughout her body.

She told GMA she can never say she is remission with her invasive cancer.

Advocating for yourself at the doctor

A 2015 study by the Institute of Medicine reported that nearly 1 out of 20 adults experience a diagnostic error every year and half of those errors could be harmful, because they can prevent or delay appropriate treatment.

Vulvar, ovarian and inflammatory breast cancers all have symptoms that are subtle, making them more difficult to diagnose. Most women with vulvar cancer have no symptoms at all, ovarian cancer symptoms can be bloating and abdominal pain, and inflammatory breast cancer may look like an infection leading to a delayed diagnosis, according to the American Cancer Society and the National Cancer Institute.

Factors like race, class and gender can play a role in the diagnosis process. Members of minority groups in the U.S. are more likely to be poor and medically underserved, which contributes to disparities, according to the National Cancer Institute. Gender bias can also impact the diagnosis process, Dr. Marjorie Jenkins, dean of the University of South Carolina School of Medicine at Greenville, told "GMA." She gave an example, "If I walk into a room and have implicit biases, because she’s a woman and she’s telling me she’s tired, I talk to her about depression and she needs to exercise." Jenkins said this assumption would impact a patient's treatment.

Dr. Kristen Kendrick, a family physician with the ABC News Medical Unit, said there are ways to advocate for yourself to help ensure you receive the health care you deserve. Patients should keep a diary noting any new or changing symptoms, ask questions, educate themselves on those symptoms and don’t be afraid to get a second opinion.

Hoehler, who endured years of feeling ignored while suffering, wants women to know that they are in charge of their care. 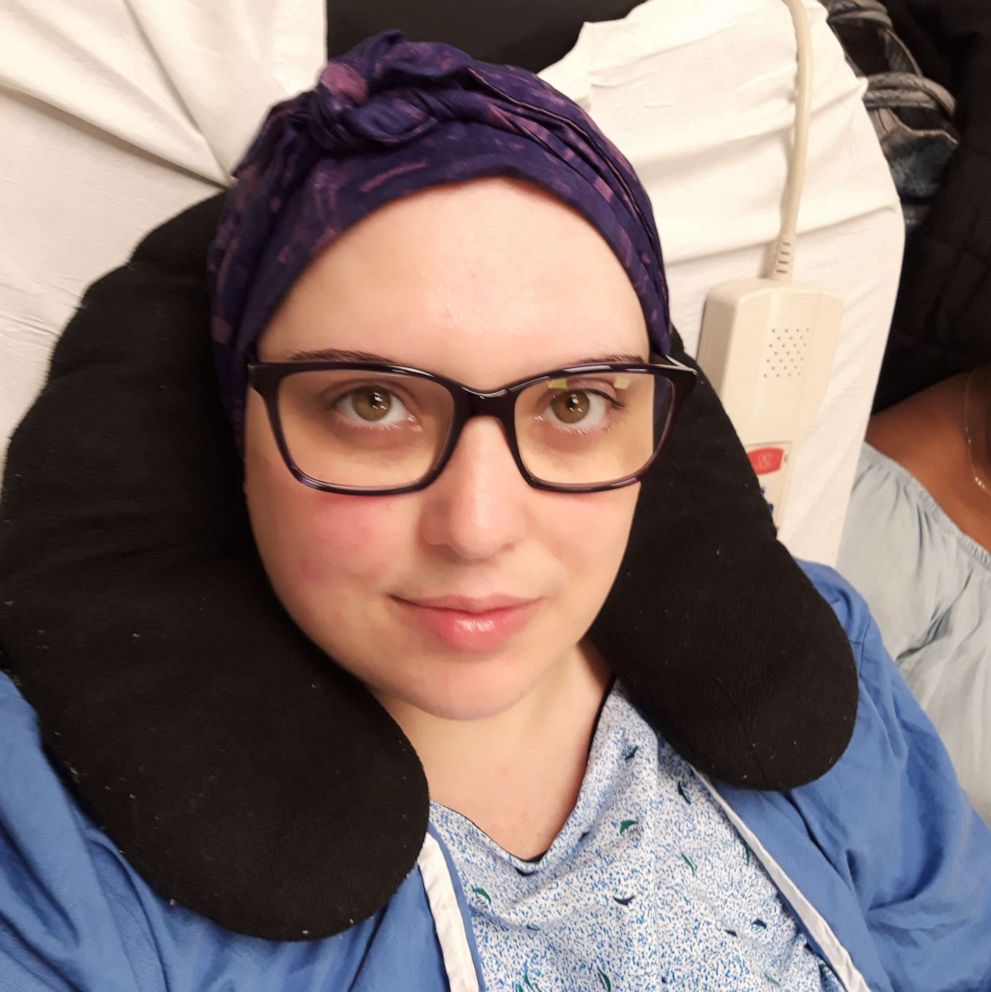 Courtesy Sandra Hoehler
Sandra Hoehler recovering at hospital in Newark, N.J., after having surgery on September, 12, 2019.

Now each of them lean on a community of brave women as they navigate through their cancer journey.

"There is a community of women out there that are going through the same thing, have been diagnosed with the same thing, and we’re here," Hoehler said. "We are here to embrace you, take you in and walk this journey with you."

Editor's Note: This story was originally published on October 3, 2019.