Meghan Markle is bringing color into the new year and revealing a new hint about her due date.

The Duchess of Sussex, 37, stepped out for her first appearance with the Duke of Sussex, Prince Harry, in bold color choices of purple and red.

She paired a purple Babaton by Aritzia dress under a red winter coat by Sentaler, a Canadian brand, and completed the look with red heels.

Meghan, whose hair was pulled back in her famous messy bun, cradled her now-very visible baby bump during her visit with Harry to Birkenhead, Merseyside, near the northern U.K. city of Liverpool.

The Duchess, expecting her first child with Harry, told a well-wisher she is due in April. Kensington Palace said only that Meghan was due "in the spring" when her pregnancy was announced in October.

Meghan and Harry, 34, greeted fans and met with veterans and local charities and unveiled a plaque to mark their visit to Birkenhead.

(MORE: From wedding to pregnancy, inside Prince Harry and Meghan Markle's mega 2018)

The visit came just days after Kensington Palace announced Meghan’s first patronages as a member of the royal family. 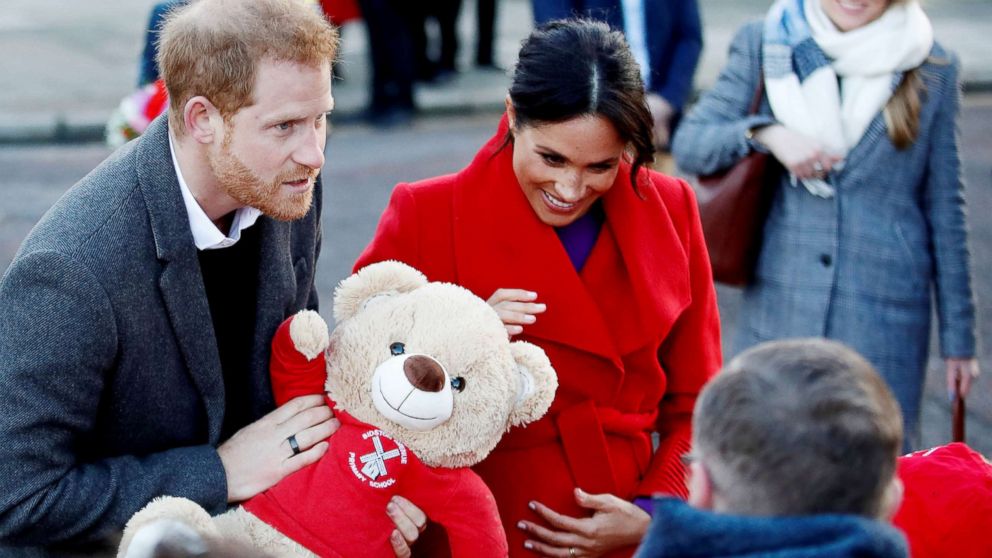 Meghan, a former actress, is taking over from Queen Elizabeth as patron of the National Theater and the Association of Commonwealth Universities. 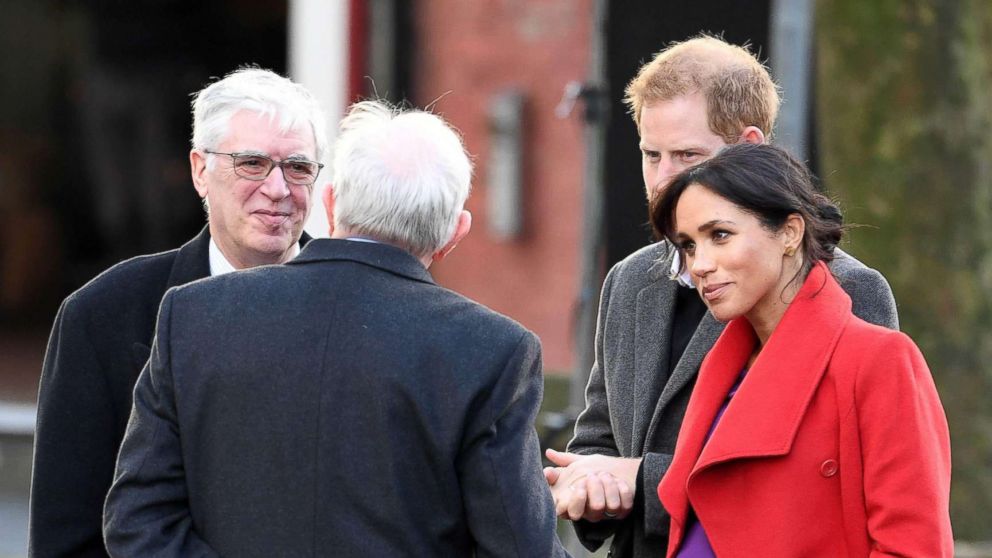 She is also now patron of Mayhew, an animal charity, and Smart Works, a charity that focuses on helping women. Meghan visited Smart Works last week in her first public event as patron.

Meghan's four patronages "reflect the causes and issues with which she has long been associated including the arts, access to education, support for women and animal welfare," Kensington Palace said in a statement.

In addition to their charitable work and impending parenthood, Meghan and Harry are preparing for a big move in 2019. The couple plan to move from Kensington Palace to Frogmore Cottage, on the grounds of Windsor Estate, about 30 miles from London.