The Washington Football Team made NFL history Tuesday when they added Jennifer King to their roster as assistant running backs coach.

King, who has been a trailblazer on and off the gridiron, is the first Black woman to coach full time in the league. She follows the Tampa Bay Buccaneers' defensive line coach Lori Locust as the second female coach to hold a full-time coaching position.

I wanted to take a sec thank everyone for all of the love over the past few days and want to give a special shout out to @AgentNicoleLynn for her hard work. #thankyou #youngmoneysports #washingtonfootballteam

King joined "Good Morning America" on Wednesday and described the moment she got the big news from head coach Ron Rivera, and how she had prepared herself for success leading up to that moment.

"Coach called me in and we had a conversation to let me know what was going to happen, so I was really excited about it but, you know, in the middle of a game week things are kind of hectic so I went back to my office and went right back to work," she said. 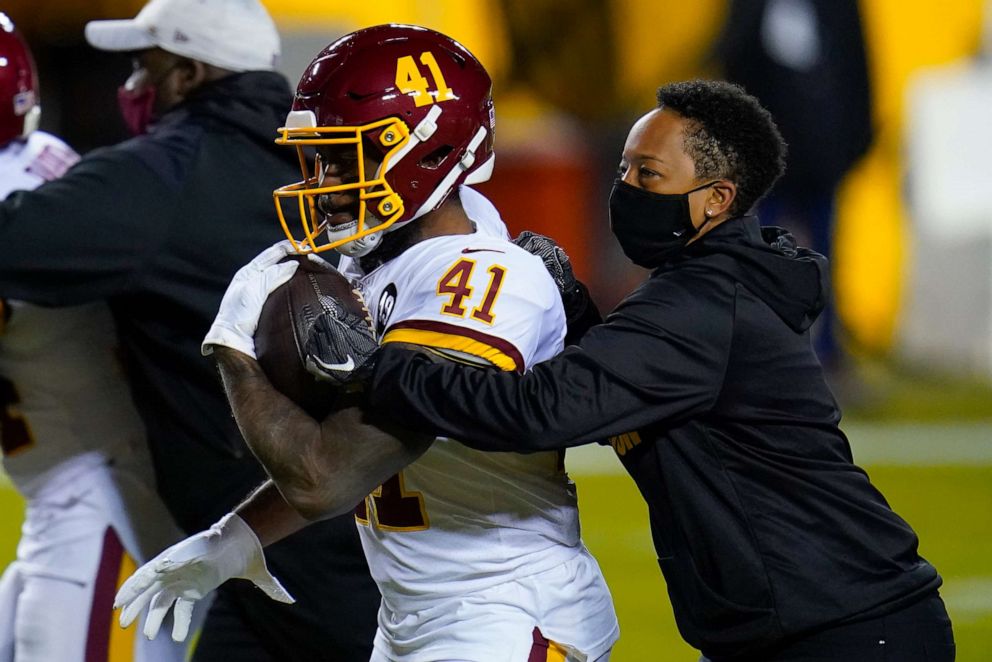 For someone that may not have direct representation or a role model in their career path, King said her advice is to keep pushing forward despite hardships and struggles.

"Having that personal mantra of really trying to be so good that you can’t be denied. And just keep going -- if it’s something you really want you have to find a way to get it done and not take no for an answer," she said.

From intern to full-time, @JenniferKing5 put in the work and earned her spot

As for King's own football career accolades, she's a seven-time All-American quarterback and wide receiver for the Carolina Phoenix in the Women's Football Alliance. In 2018, she made her NFL debut as a coaching intern for the Carolina Panthers.

Folllowing her time in North Carolina, King was named a coaching intern for Washington at the start of the 2020 NFL season where she broke ground as the first Black woman coaching on an NFL sideline.

But when it comes to what's next, King said her aspirations are more immediate team goals.

"Coach always tells us to be where our feet are and that's kind of where I am right now, just focusing on how we can be better next season," she said. 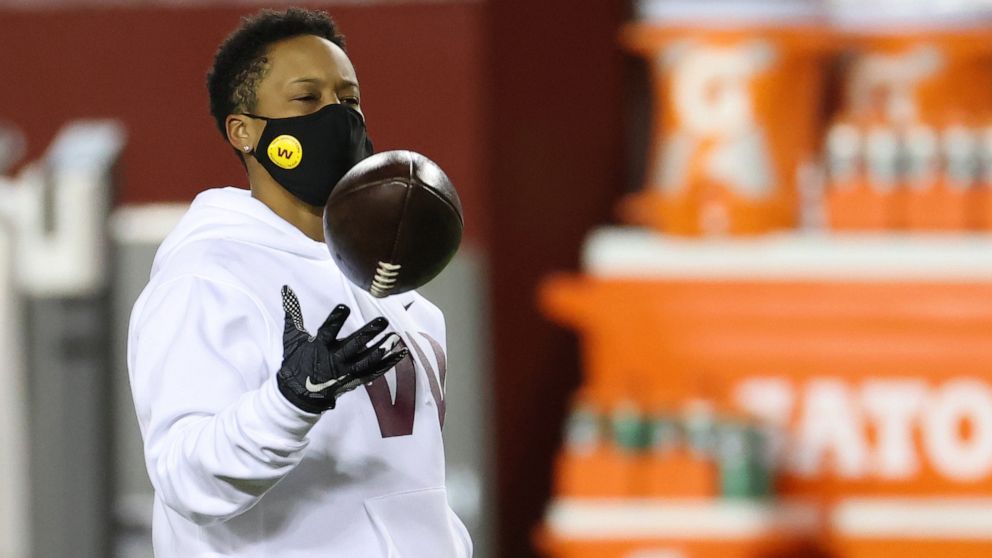 Geoff Burke/USA TODAY Sports via Reuters
Jennifer King tosses a ball on the field prior to the Washington Football Team's game against the Tampa Bay Buccaneers at FedExField, Jan 9, 2021 in Landover, Md.

King's historic promotion could also mark a sign of progress in a league where Black coaching candidates have been overlooked for jobs, with just two men -- Pittsburgh Steelers' Mike Tomlin and Miami Dolphins' Brian Flores -- to hold head coaching positions.

"I'm not sure with the current hiring practices of head coaches, but I really hope that some of these guys who are more than qualified get their opportunities," she said of her hope for diversity around the league.

This comes on the heels of another historic move by the franchise in August when Jason Wright was named the league's first Black team president.

Chose to retweet this pared back version of the headline. @JenniferKing5 is groundbreaking, a role model to be sure. But she is serving as inspiration today because she earned it as a damn good coach. That’s the lede! @RiverboatRonHC is building a remarkable team of leaders. https://t.co/MQ7xAnSrJZ

"I've been super fortunate to work with a great group of guys and I think it comes from the top," King said. "That culture they built is fantastic and the guys I've worked with are awesome."

For head coach Ron Rivera, King's experience and dedication made this promotion an easy choice and he said "the sky is truly the limit for her."

"Coach King is well deserving of the promotion to assistant running backs coach. She came to Washington eager for the opportunity to work as a full-year coaching intern and learn from our staff," he said in a press release. "She got the chance to experience not only the in-season work that goes into being a full-time coach in this league but also the countless hours that are spent preparing in the offseason as well. She demonstrated all of the qualities that are needed to work full-time on my staff. She is a hard worker, a great communicator and a quality person. Coach King is always eager to learn and has shown tremendous growth since starting here last season. I know she will continue to be an asset to Coach Turner, Coach Jordan and the running back group, and she earned this opportunity with her hard work."

King said "one of the first things I realized when I got to the NFL was just how high the standard was and I started carrying that over into my life and things kinda took off from there."

Next up, King will enjoy some time off, but said she's excited to "hit the offseason and make us better" since they had "a little taste of the playoffs, you want to get back and advance."