Actress Lori Loughlin began her two-month sentence for her involvement in the so-called “Varsity Blues" scandal.

On Friday, Loughlin reported to the Federal Correctional Institution (FCI) in Dublin, California, which is located just outside of San Francisco. It’s also the same correctional facility that actress Felicity Huffman served time in for the same scandal.

Loughlin surrendered to authorities at FCI three weeks early after reaching an agreement with the U.S. Attorney’s office and agreeing not to seek early release for COVID-related reasons.

Due to the coronavirus pandemic, new policies are in place to contain the spread of the disease so Loughlin will spend her first two weeks in quarantine. 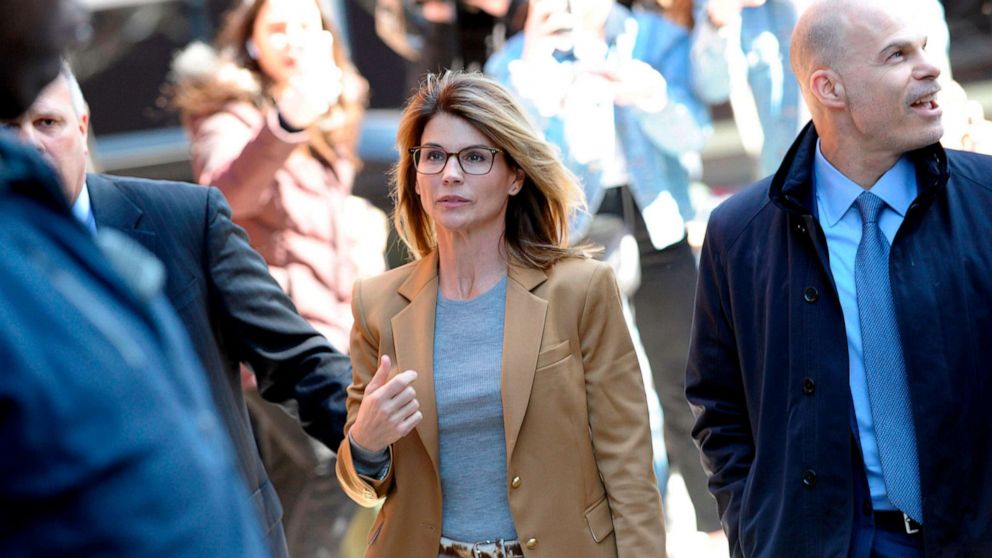 “Lori does not have access to email or possibly even phone calls,” Jennifer Myers, a prison consultant, told “Good Morning America.” “She's having meals sent to her."

"She's in one room with no other roommates," Myers added of Loughlin's likely conditions during quarantine. "They can possibly go out a little bit on the [recreation] yard for a few minutes but other than that, they’re basically on lockdown.”

Myers was sentenced in 2005 to three years in a Federal Prison Camp for her participation in a marijuana trafficking ring, according to her biography.

She served 17 months in prison and gave a glimpse into what she says Loughlin could be experiencing during her own sentence, once she is out of quarantine.

“She’ll probably be living with one other woman and that she will have a door that shuts,” said Myers. “There will be a TV room and she will have access to phones and email. She will have to get a job.”

The "Full House" actress and her fashion designer husband Mossimo Giannulli entered guilty pleas on conspiracy charges to Judge Nathaniel Gorton of the U.S. Attorney's Office in Boston in May.

The couple, who made their court appearance via a Zoom video call, had been accused of paying Rick Singer $500,000 to get their daughters into the University of Southern California as crew recruits. Neither girl had ever rowed competitively.

In pleading guilty, the couple dropped previous assertions that their payments were charitable and prosecutors had withheld exculpatory evidence.

Giannulli is expected to begin his five month sentence next month.

Prosecutors have charged over 50 suspects, including parents and coaches, in the investigation that's been dubbed "Varsity Blues."