Consider this your Daily Double dose of good news: Alex Trebek is writing a book -- and it’ll be hitting shelves this summer!

Simon & Schuster is publishing the longtime “Jeopardy!” host’s debut memoir, “The Answer Is…: Reflections on My Life,” on July 21 -- just one day before Trebek’s 80th birthday.

MORE: What you might not know about 'Jeopardy!' host Alex Trebek
2:00
<p> &quot;If Andy yearns for Brenda &amp; Brenda cares about Charlene who pines for Andy, the 3 of them form one of these&quot;&nbsp;</p>

“I want people to know a little more about the person they have been cheering on for the past year,” Trebek writes in the memoir, referring to his battle with stage 4 pancreatic cancer he revealed in March 2019, and how fans have been supporting him since the announcement. 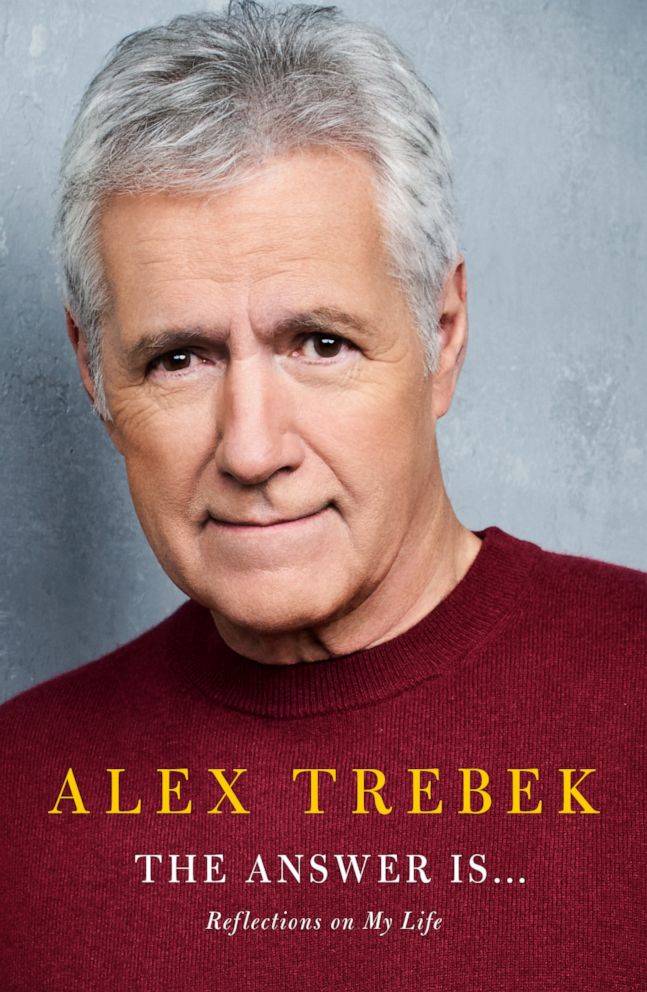 Simon & Schuster
"The The Answer Is… : Reflections on My Life" by Alex Trebek.
Editor's Picks

“Today, when there is so much uncertainty and turmoil in the world, Alex Trebek is a beacon of stability and positivity,” Sean Manning, executive editor at Simon & Schuster, said in a press release. “This wise, charming and inspired book is further evidence why he has long been considered one of the most beloved and respected figures in entertainment.”

MORE: 'Jeopardy!' greatest winner 'could not be prouder'

Fans have welcomed Trebek into their living rooms five nights a week ever since he first began hosting “Jeopardy!” in 1984, and this book will span the decades he has helmed the series.

“The Answer Is…: Reflections on My Life” will be structured like the iconic game show, with each chapter title in the form of a question. The book will feature dozens of never-before-seen photos while taking you inside the mind of one of TV’s most revered personalities.