Tributes have begun pouring in for actress Anne Heche.

The actress, who suffered serious injuries after a fiery car crash in Los Angeles last week, was declared brain dead Thursday night but was kept on life support for organ donation, her representative said Friday. Her representative told ABC News on Sunday night that she has been peacefully taken off life support.

Heche's family released a statement Friday confirming that she had died and that she had chosen to donate her organs. 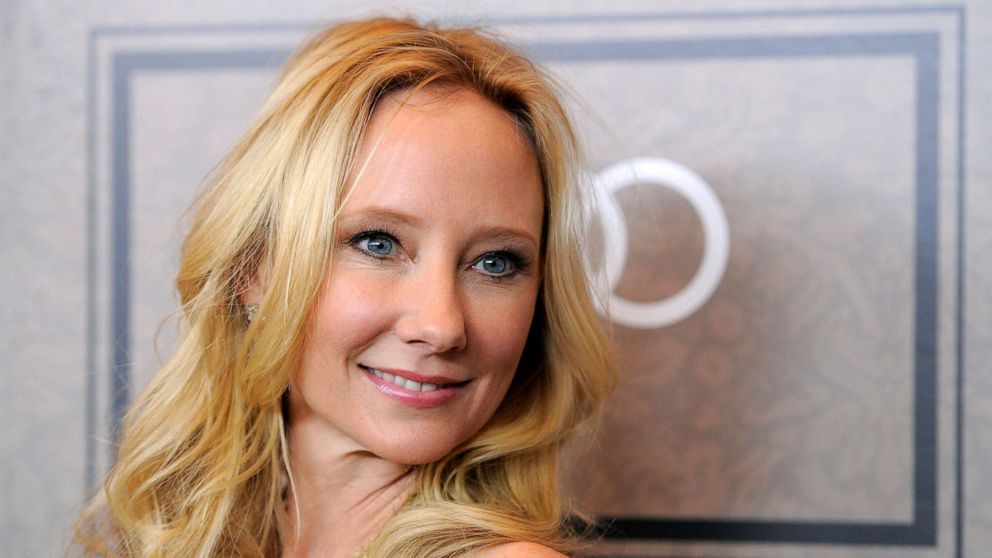 Heche was involved in a one-car crash on Aug. 5, her representative confirmed to ABC News on Monday.

The actress was driving in the Mar Vista neighborhood of Los Angeles when she smashed into a home, engulfing both her car and the house in flames, according to Los Angeles police and fire officials. The home's resident and her pets were able to escape the fire unharmed, and Heche was taken away in an ambulance.

MORE: Notable people who died in 2022

Heche is survived by her two sons, Atlas Heche Tupper and Homer Laffoon, the latter of whom paid tribute to his mother in a statement obtained by KABC on Friday.

"My brother Atlas and I lost our Mom," Homer wrote. "After six days of almost unbelievable emotional swings, I am left with a deep wordless sadness. Hopefully my mom is free from pain and beginning to explore explore what I like to imagine as her eternal freedom. Over those six days, thousands of friends, family, and fans made their hearts known to me. I am grateful for their love, as I am for the support of my Dad, Coley, and my stepmom Alexi who continue to be my rock during this time. Rest In Peace Mom, I love you, Homer."

Homer's father, Heche's ex-husband Coley Laffoon, reacted to the actress' death in an emotional video shared to Instagram on Friday.

"In the wake of Anne's passing, I just want to say a few things. One, I loved her, and I miss her, and I'm always going to," said Laffoon, who was marred to Heche from 2001 to 2009. "Two, Homer is OK. He's grieving, of course, and it's rough. It's really rough, as probably anybody can imagine, but he's surrounded by family, and he's strong and he's going to be OK."

Laffoon continued, "It's hard for me, it's hard for my family. It's really hard for Homer, but we got each other and we have a lot of support and we're going to be OK."

He also said he will remember Heche as someone who was "brave and fearless" and "loved really hard."

"So, goodbye Anne, love you. Thank you. Thank you for all the good times, there were so many," Laffoon concluded. "And see you on the other side. And in the meantime, I got our son and he'll be fine. Love you."

Heche's family, in their statement on Friday, praised her for her "kindness" and courage.

"Anne had a huge heart and touched everyone she met with her generous spirit," they said. "More than her extraordinary talent, she saw spreading kindness and joy as her life's work -- especially moving the needle for acceptance of who you love. She will be remembered for her courageous honesty and dearly missed for her light."

Following the news of her death, Heche's friends and fellow actors took to social media to remember her as well.

James Tupper: "Love you forever," Heche's ex-partner James Tupper, who is Atlas Heche Tupper's father, wrote on Instagram alongside a photo of the actress.

This is a sad day. I'm sending Anne's children, family and friends all of my love.

Keo Motsepe: "I love you Anne Heche," Motsepe wrote in his Instagram stories. Motsepe was Heche's dance partner on season 29 of "Dancing with the Stars."

Anne Heche news today is so heartbreaking. A truly epic, vibrant spirit and a profound talent.
Sending tremendous love and support to her family.

Some years ago I was Anne Heche's quirky suitor in PROOF on Broadway. She was as kooky and utterly fabulous as I could have ever dreamed. An immense talent I loved playing opposite & more importantly a truly decent human and friend. The news is just unendingly sad. pic.twitter.com/oWwn7lj95t

Honest to God, I think maybe the best acting performance I've ever seen in my life was Anne Heche in PROOF on Broadway. #RIP