Michelle Young and Nayte Olukoya have called it quits.

The former couple, who met on season 18 of "The Bachelorette," announced Friday via separate statements posted to their Instagram Stories that they were going their separate ways, ending their engagement after less than a year. Young's season of the long-running reality series aired its finale in December 2021, showing Olukoya's proposal.

MORE: 'Bachelorette' alum Michelle Young opens up on decision to step away from teaching

"I'm struggling to say that Nayte and I will be going our separate ways but I stand with him in knowing the heaviness that is present in both of our hearts as this relationship has been very real for us," Young began in her statement.

"To you, Nayte, you quickly became my best friend and the love I have for you is incredibly strong. I will never stop wanting to see you succeed," she continued. "I will always acknowledge and appreciate the adventures, support, and growth both Nayte and this experience have brought me. At the same time, I'm deeply hurting and will need time and space to work through this heartbreak." 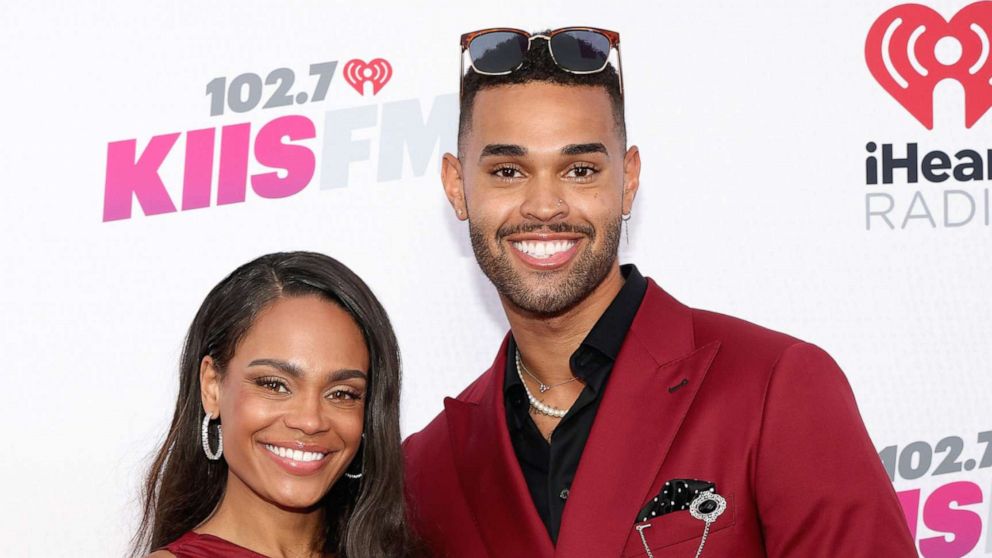 Olukoya's statement began, "When we both started on this journey, we were looking for our Soulmates. Our forever. Our best friends. However, as we grow and learn, we also realize that sometimes somebody that you hold dear to your heart isn't somebody that you're meant to spend the rest of your life with."

"Michelle and I are going to move forward separately. Hearts are heavy, emotions are high and we are dealing with the best way we can," he added. "Michelle and I will always cheer each other on, but moving forward, we will be cheering from a distance."

Olukoya also said, multiple times, their relationship and their feelings for each other were real and genuine, despite having met on a television show.

He also asked for privacy so he and Young could "mend our hearts in the privacy of our own lives."