President Barack Obama and wife Michelle Obama are celebrating 30 years of marriage in the sweetest way.

The former president and first lady each shared Instagram posts about their special day and paid tribute to each other. 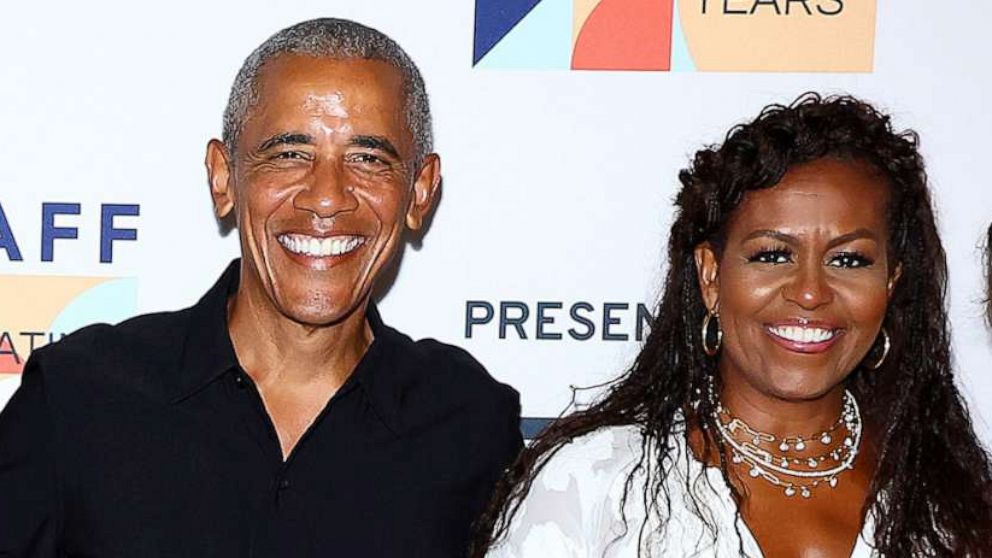 In his Instagram post, President Obama shared a carousel of photos of the two on the beach as well as a throwback image of the couple on their wedding day.

MORE: Michelle Obama shares lesson she's learned during her 26-year marriage: 'My happiness was up to me'

"Miche, after 30 years, I'm not sure why you look exactly the same and I don't," he wrote. "I do know that I won the lottery that day -- that I couldn't have asked for a better life partner. Happy anniversary, sweetheart!"

Michelle Obama shared a similar series of images on Instagram as well.

"Happy anniversary to the man I love!" she wrote in the caption. "These last 30 years have been an adventure, and I'm grateful to have you by my side. Here's to a lifetime together. I love you, Barack Obama!"

In her memoir "Becoming," the former first lady wrote that she first met her future husband when she was assigned as his mentor at the law firm Sidley Austin LLP in Chicago. She said that she was initially too focused on her law career and wasn't interested in dating, but that his insistence changed her mind. She wrote that he first kissed her at a Chicago ice cream shop. 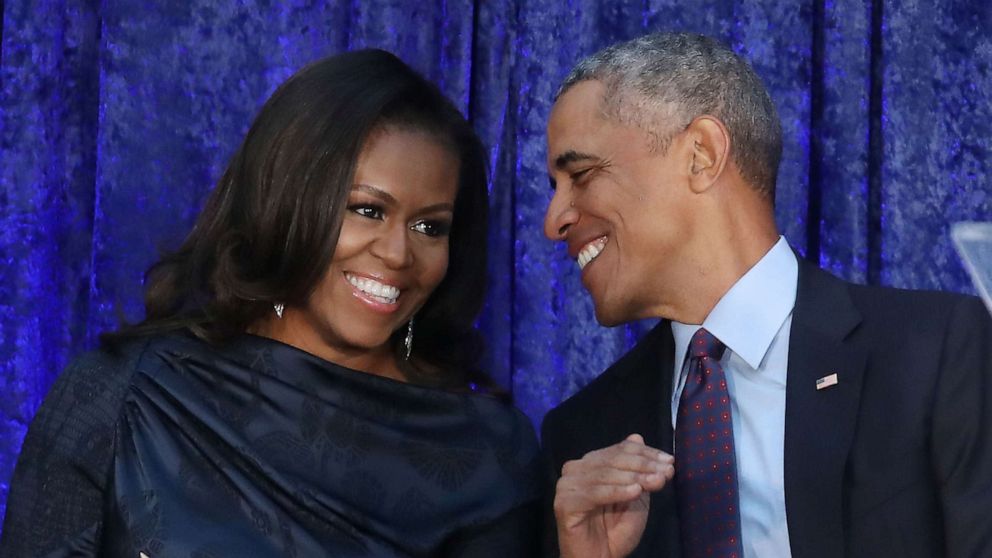 Mark Wilson/Getty Images, FILE
Former President Barack Obama and first lady Michelle Obama participate in the unveiling of their official portraits during a ceremony at the Smithsonian's National Portrait Gallery in Wasahington, Feb. 12, 2018.
MORE: Michelle Obama reveals why she fell in love with Barack on 1st episode of her podcast

"When we stopped for ice cream and he got the sense that I was starting to open up, he played it real smooth," she told "Good Morning America" anchor Robin Roberts in 2018. "He just leaned in for a kiss. And that really was it. You know, from that kiss on… it was love. And he was my man."

The two became engaged in 1991 and eventually married on Oct. 3, 1992, in Chicago. They have two children together, Sasha and Malia Obama.