Memorial Day weekend kicks off the unofficial start of summer - which means you deserve to be outside, lying on a beach, with a glass of wine in hand, and a great book on your lap.

Dive in and lose yourself in one of these new book picks from the "GMA" book editor.

If you knew the date of your death, how would you live your life? It's 1969 in New York City's Lower East Side, and word has spread of the arrival of a mystical woman, a traveling psychic who claims to be able to tell anyone the day they will die. The Gold children -- four adolescents on the cusp of self-awareness -- sneak out to hear their fortunes. The prophecies inform their next five decades. 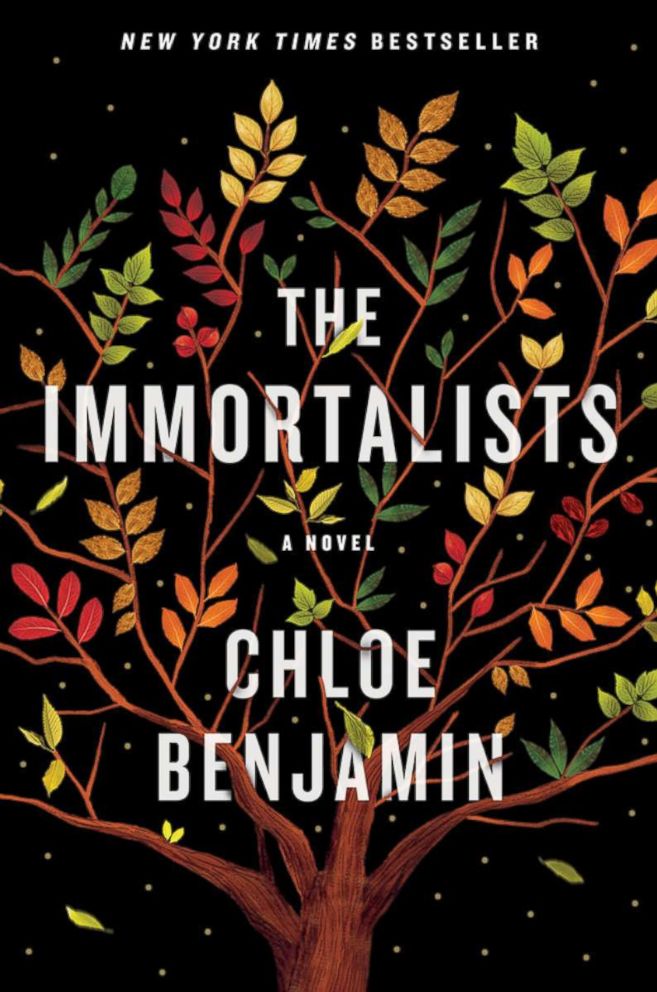 The Favorite Sister by Jessica Knoll

Fans of "Luckiest Girl Alive," get ready! In "The Favorite Sister," Knoll takes us through the crazy world of reality TV, where five hyper-successful women agree to appear on a show called "Goal Diggers" (think "Real Housewives" meets "Shark Tank"). Executives expect a season filled with petty grievances, vicious social media attacks, and outrageous posturing that has made the show a ratings gold mine for three seasons, but no one expects the fourth season of "Goal Diggers" to end in murder. Dun dun dun... 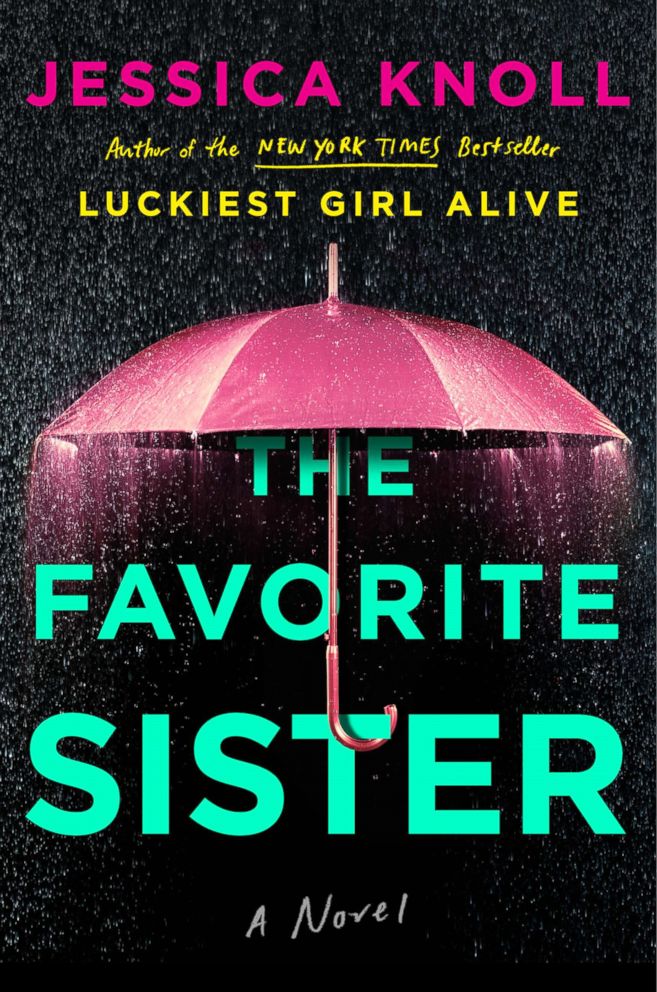 Simon and Schuster
The Favorite Sister by Jessica Knoll

How It Happened by Michael Koryta

"How It Happened" was inspired by a murder investigation that happened in the author’s own hometown, one that he covered himself as a young reporter for the local paper. The story begins one morning in the spring of 2000, when a young woman disappeared while riding her bike. Three years later, with her disappearance still a mystery, a local woman suddenly confessed - providing graphic details of the murder and triggering an elaborate search of an isolated creek. Only after the body is found in another county does she retract her confession. 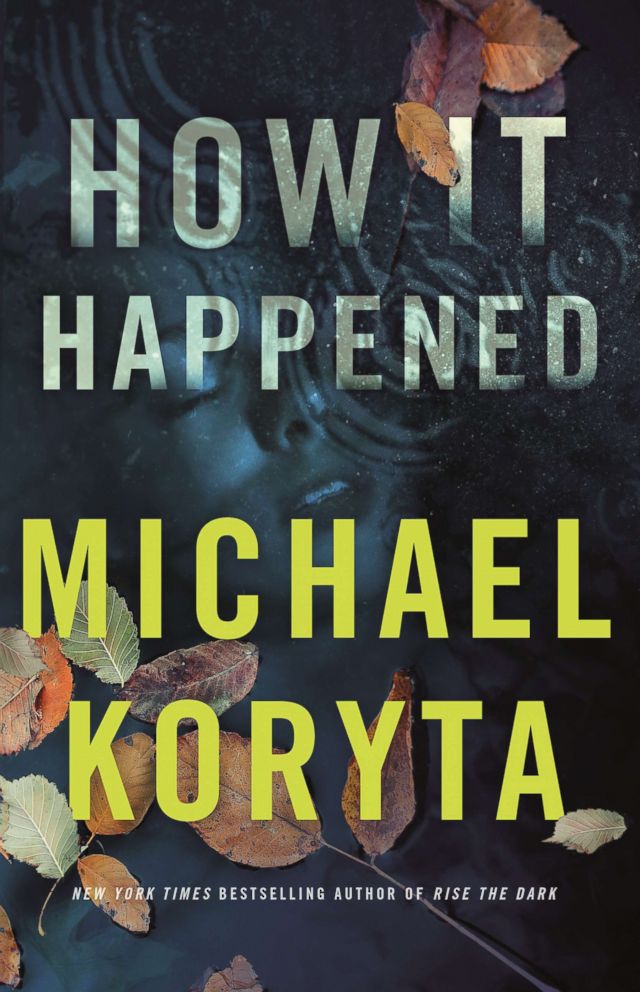 Little Brown
How It Happened by Michael Koryta

A Place For Us by Fatima Farheen Mirza

Sarah Jessica Parker said she's "envious" of every person who will read “A Place For Us" for the first time! Parker recently launched her new literary imprint, SJP for Hogarth, and selected this debut novel as her first pick. "A Place for Us" tells the story of an Indian-American Muslim family, gathered together in their California hometown to celebrate the wedding of their eldest daughter, Hadia. The wedding takes place on the day that the youngest of the siblings, Amar, reunites with his family for the first time in three years. Parents Rafiq and Layla must now contend with the choices and betrayals that led to their son’s estrangement. As the story unfolds, the couple must face the consequences of having striven to pass on their culture and traditions to their children - while their children, for their part, struggle to balance authenticity in themselves with loyalty to their elders. 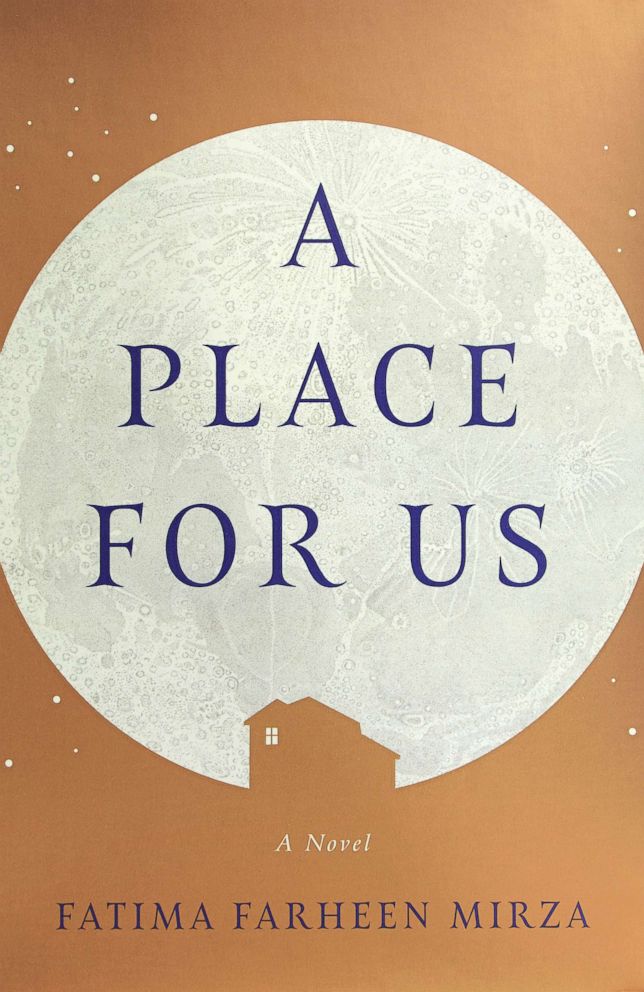 SJP for Hogarth
A Place For Us by Fatima Farheen Mirza

All We Ever Wanted by Emily Giffin

What would you do if your beloved only child did something so cruel that it caused you to question your parenting? What if that terrible act jeopardized the bright, Ivy League future he worked so hard to achieve? From the bestselling author of Something Borrowed and First Comes Love, a woman is forced to choose between her family and her most deeply held values. 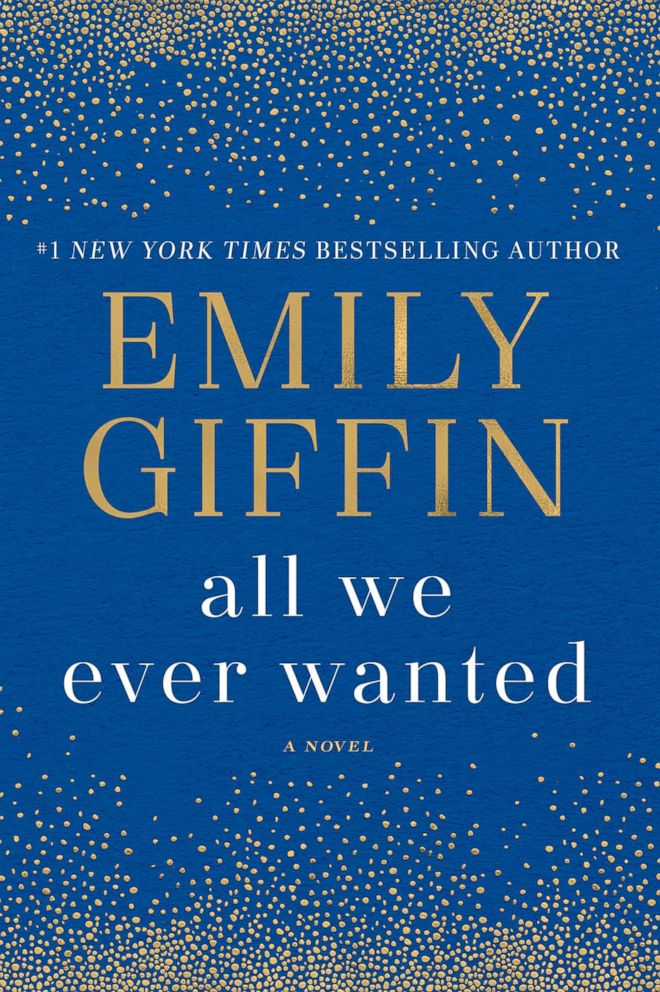 Ballantine Books
All We Ever Wanted by Emily Giffin 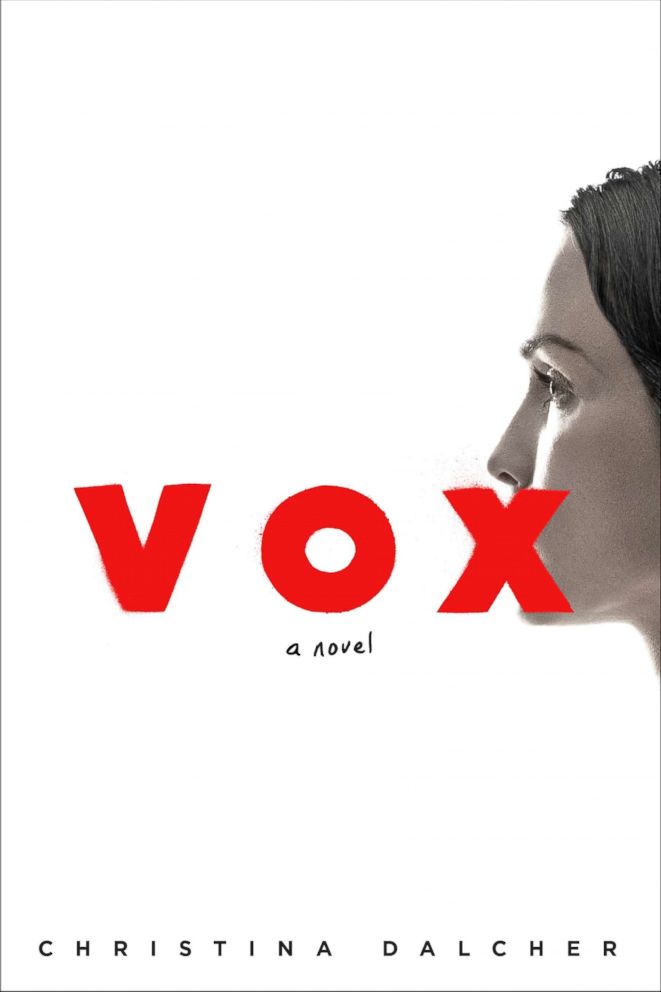 The Glitch by Elisabeth Cohen

Heroine Shelley Stone takes her “me time” at 3:30 a.m. on the treadmill, power naps while waiting in line,and schedules sex with her husband for when they are already changing clothes. A fast, clever, deeply hilarious debut, "The Glitch" is the story of a high-profile, TED-talking, power posing Silicon Valley CEO and mother of two who has it all under control, until a woman claiming to be a younger version of herself appears, causing a major glitch in her over-scheduled, over-staffed, over-worked life. 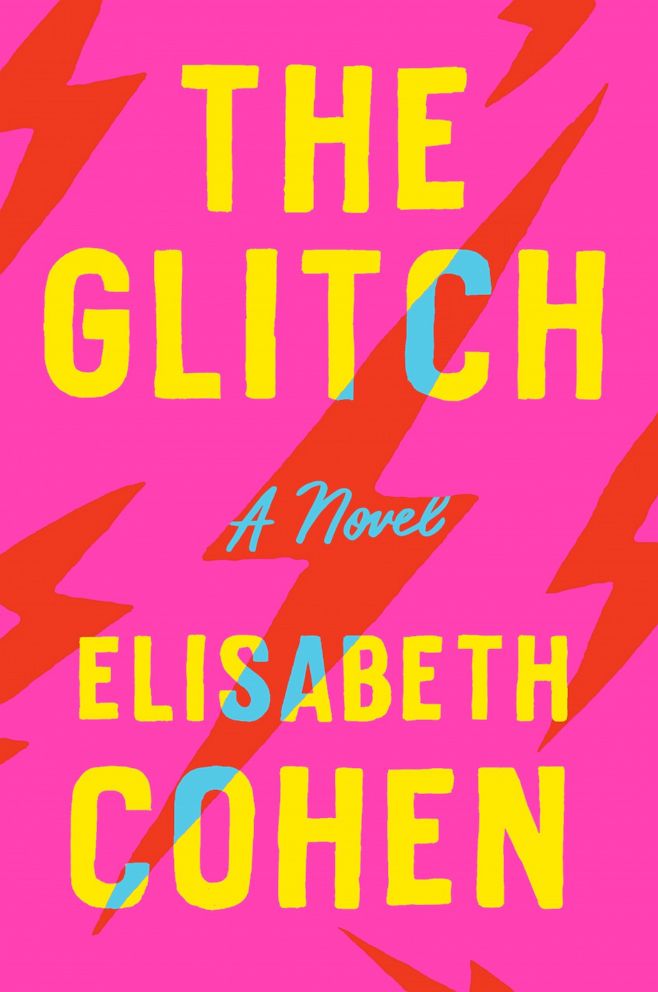 Doubleday
The Glitch by Elisabeth Cohen

Bring Me Back by B.A. Paris

The new twisty, gripping read from B.A. Paris, the bestselling author of "Behind Closed Doors." Finn and Layla are young, in love, and on vacation. They’re driving along the highway when Finn decides to stop at a service station and use the restroom. He hops out of the car, locks the bathroom door behind him, and goes inside. When he returns Layla is gone -- never to be seen again. That is the story Finn told to the police. But it is not the whole story… Ten years later Finn is engaged to Layla's sister, Ellen. Not long before he and Ellen are to be married, Finn gets a phone call. Someone from his past has seen Layla - hiding in plain sight. This tour de force of psychological suspense will leave you questioning everything. 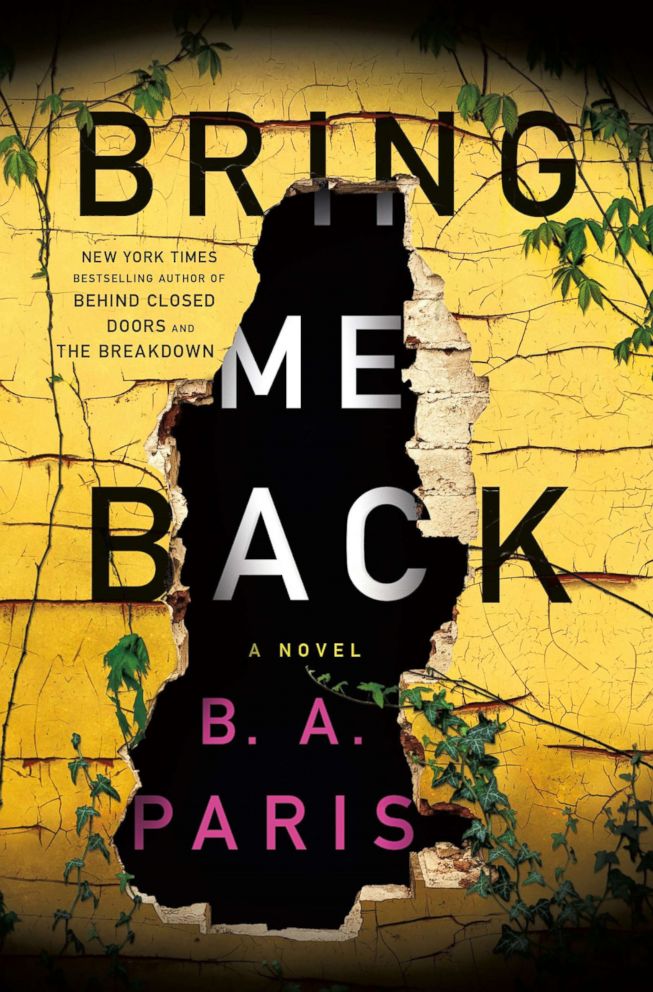 St. Martins Press
Bring Me Back by B.A. Paris