Marvel Studios President Kevin Feige confirmed the news about the highly anticipated film to Variety on Tuesday. At a "Black Widow" fan event in Los Angeles later Tuesday evening, Feige told the theater audience that everyone that's involved in the film feels a responsibility to carry on without the original movie's fallen hero, Chadwick Boseman, who died of cancer last year.

"It's clearly very emotional without Chad," Feige said. "But everyone is also very excited to bring the world of Wakanda back to the public and back to the fans. We're going to do it in a way that would make Chad proud." 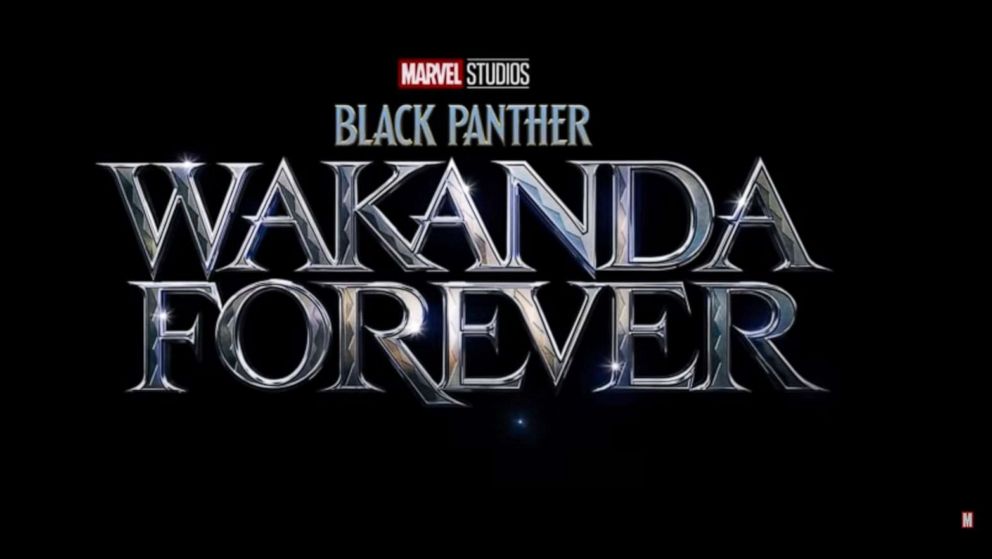 Marvel Studios
The title of the new Black Panther film, "Wakanda Forever," from Marvel Studios, slated to be released, July 8, 2022.

The movie went on to become a global phenomenon, raking in more than $1.3 billion.

Boseman reprised the role in "Avengers: Infinity War" in 2018 and then again in 2019's "Avengers: Endgame." He was nominated for an Academy Award for best actor for his role in the 2020 film "Ma Rainey's Black Bottom."

After his death in August 2020, fans learned that Boseman was diagnosed with colon cancer in the same year that he first played the Black Panther. He battled the disease privately.