Brian Austin Green and his newborn son are warming hearts on social media.

On Monday, the "Beverly Hills, 90210" actor shared a sweet video on Instagram of himself spending time with baby Zane Walker Green. In it, Green cuddles with Zane and kisses his belly as the infant looks into the camera.

Green and his girlfriend "Dancing With the Stars" pro Sharna Burgess welcomed Zane on June 28.

"My heart is now forever outside of my body," Burgess wrote in an Instagram post at the time, alongside a photo of the newborn clutching his dad's finger.

Zane is the couple's first child together and Green's fifth. 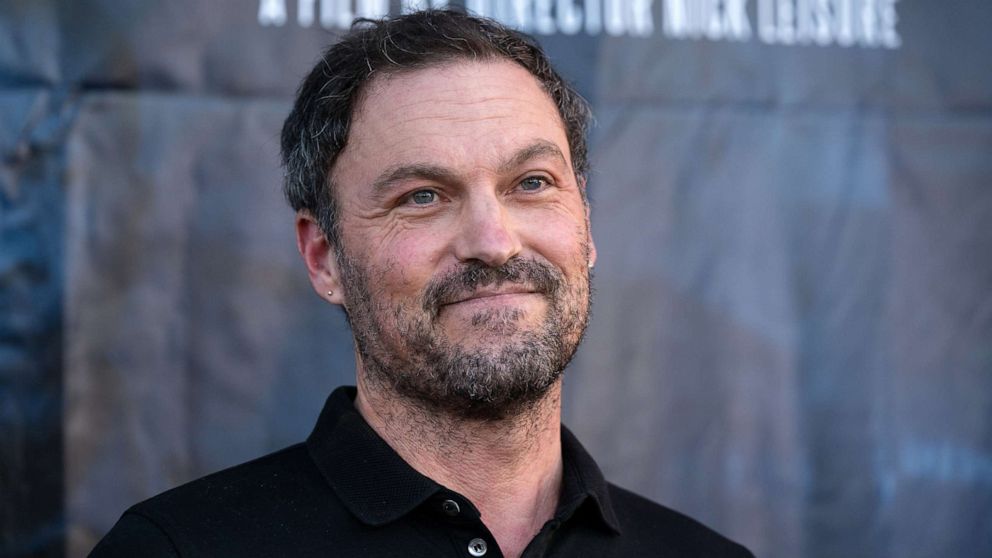 It's been a busy year for the family. In May, Green opened up about a health scare he faced earlier in the year, an ulcerative colitis flare-up that he told "Good Morning America" lasted for six and a half weeks.

According to the National Institute of Diabetes and Digestive and Kidney Diseases, ulcerative colitis is an inflammatory bowel disease that irritates and ulcerates the lining of the large intestine and rectum. Most commonly, symptoms of ulcerative colitis -- which may begin gradually and worsen over time, or in some cases may start suddenly -- include diarrhea, abdominal pain and cramping, rectal bleeding, weight loss and fatigue. In some cases, the disease may cause "serious complications that develop quickly and can be life-threatening."

Burgess told "GMA" in May that helping Green through his health scare ended up preparing her for motherhood.

"It showed me how much I really am capable of and that I do have a natural instinct for this," she said.