Buckingham Palace released a new official photo of the King, the Queen Consort and the Prince and Princess of Wales following the death of Queen Elizabeth II. 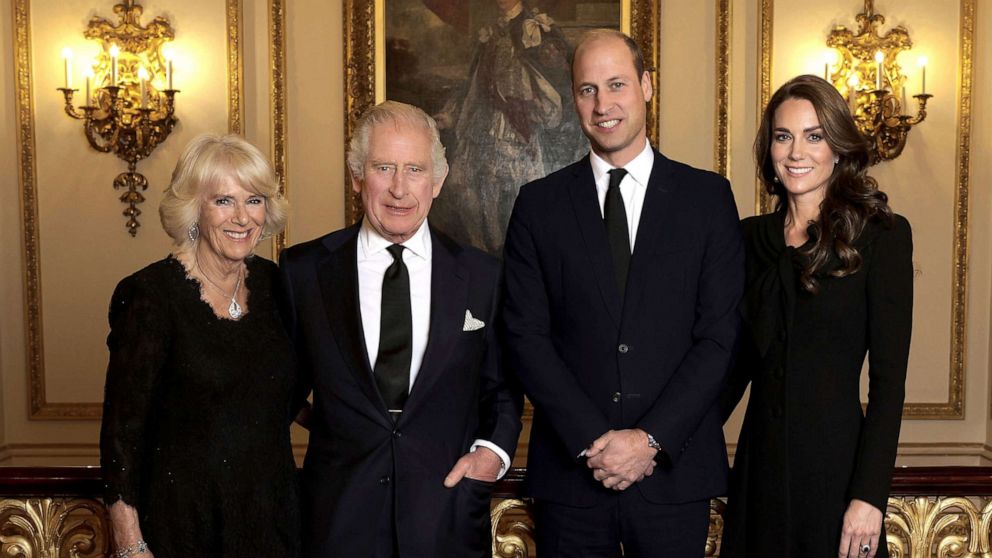 King Charles III and Queen Consort Camilla posed alongside Prince William, the next heir apparent to the British throne, and his wife Princess Catherine of Wales – all of whom were given new titles after the death of the late queen.

The photo was taken 10 days after the death of Queen Elizabeth II, on Sept. 18, ahead of the reception for Heads of State and Official Overseas Guests at Buckingham Palace.

MORE: Who's who in the British royal family

Charles stood next to his wife of 17 years, Queen Consort Camilla, who was given the title per the late Elizabeth’s request. The queen consort has been a member of the British royal family since 2005 and was made a duchess upon her marriage to Charles, then-Prince of Wales.

William, Prince of Wales, is the eldest son of King Charles III, and Diana, the late Princess of Wales. His wife Catherine, now the Princess of Wales, became a member of the royal family in 2011 when they were married and bestowed the titles Duke and Duchess of Cambridge.