Prince William and Kate traveled to Wales on Tuesday for the first time as the Prince and Princess of Wales.

The couple met with different communities across the nation to learn about the work of key charitable organizations. They first traveled to Anglesey to meet with crew and volunteers at the RNLI Holyhead Lifeboat Station, one of the oldest lifeboat stations on the Welsh coast, then visited St. Thomas Church in Swansea, a redeveloped church supporting locals and serving as a hub in the community. 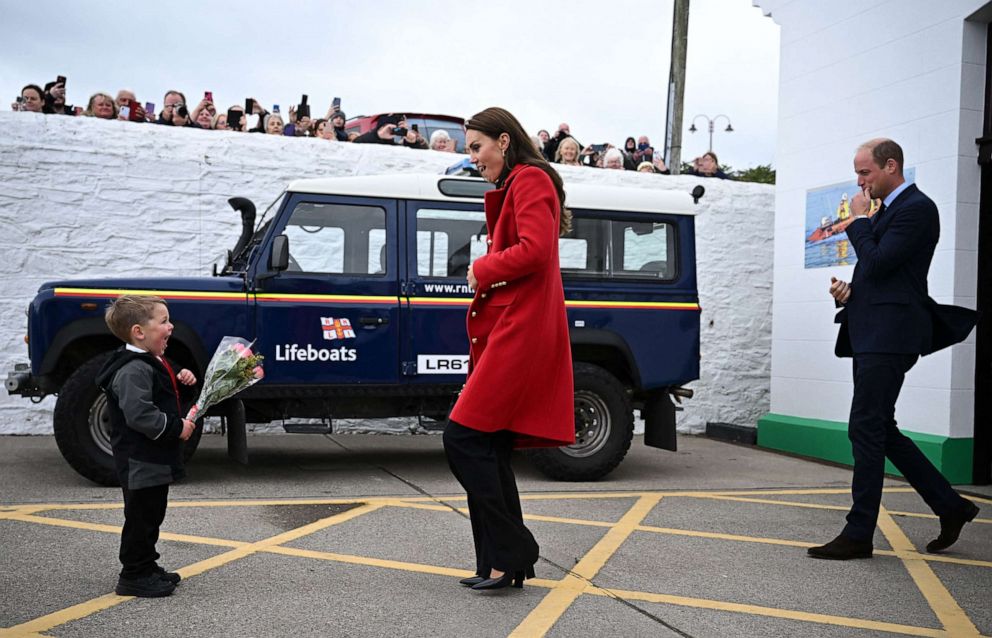 Paul Ellis/POOL/AFP via Getty Images
Prince William, Prince of Wales watches as his wife Catherine, Princess of Wales is presented with a posy of flowers by four-year-old Theo Crompton during their visit to the RNLI (Royal National Lifeboat Institution) Holyhead Lifeboat Station in Anglesey, north west Wales on Sept. 27, 2022.
MORE: Duchess Kate's former teachers surprise her during visit to Wales

Their visit to Wales was the first to the nation since King Charles III announced earlier this month that their new titles would be the Prince and Princess of Wales, following the death of Queen Elizabeth II.

They are the first couple to use the titles since they were used by Charles and the late Princess Diana, who divorced in 1996.

William and Kate have a "deep affection for Wales," according to Kensington Palace. The couple made their first family home in Anglesey, where they spent their first months as parents, making Wales the first home of Prince George. Wales was also where William undertook his first engagement as a young boy. 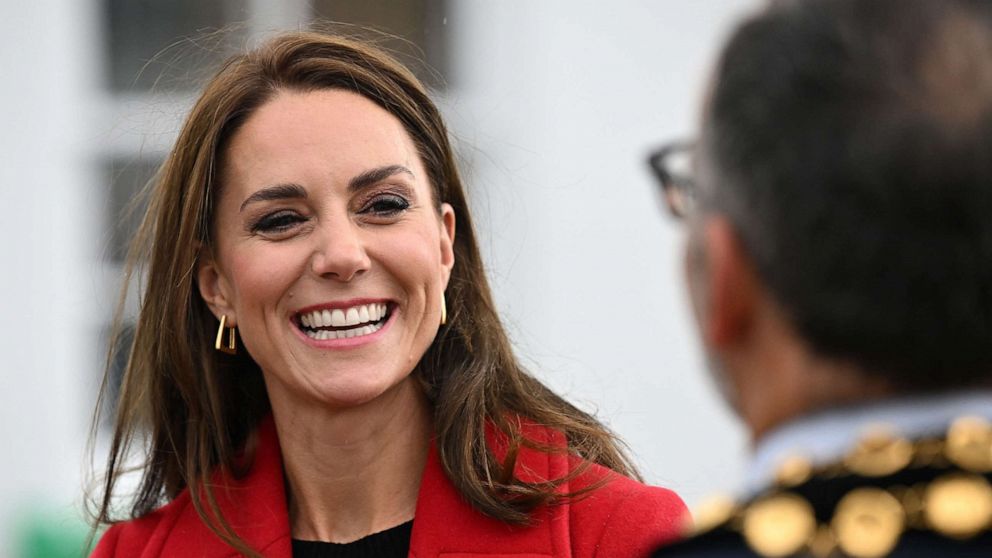