Prince William and Kate, the Princess of Wales, have made their first in-person public appearance since attending Monday's state funeral for Queen Elizabeth II.

The royal couple traveled to Windsor on Thursday to meet with volunteers and staff who helped support the queen's committal service at St. George's Chapel, where she is buried alongside her husband Prince Philip in the King George VI Memorial Chapel.

William reportedly told attendees that he still gets caught by moments of sadness following his grandmother's death, but said the outpouring of support from the public has buoyed the royal family amid their grief. 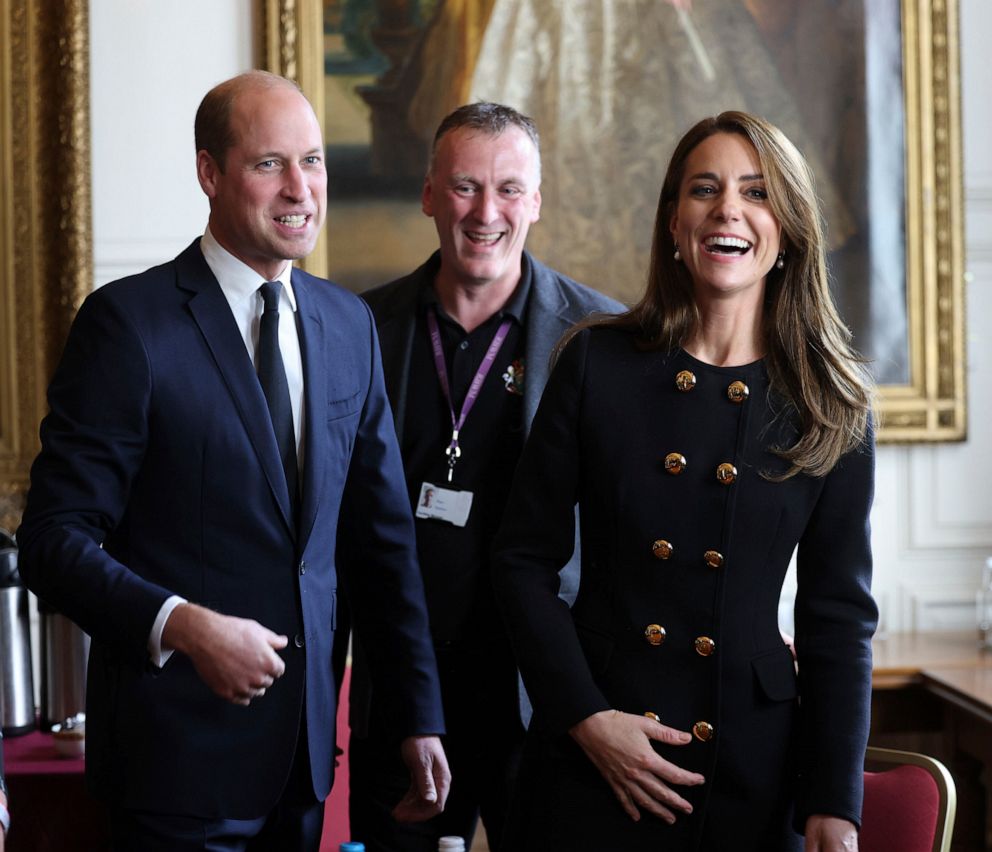 William and Kate both dressed in black for the engagement, following the guidelines for the royal family's period of mourning, which will last until Monday, one week after the queen's funeral. 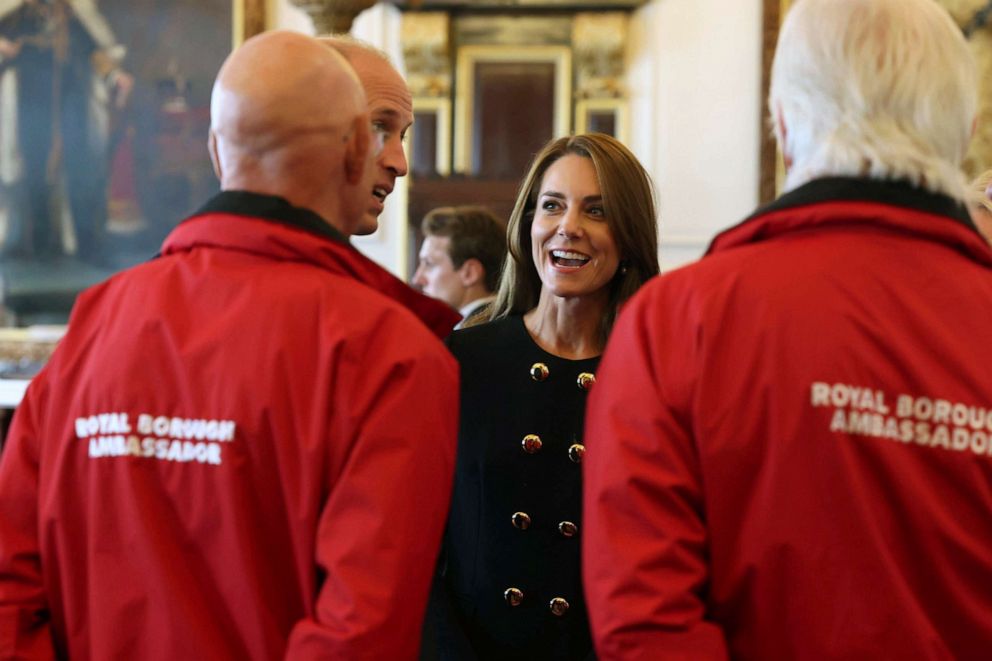 Members of the royal family were not expected to attend in-person engagements during their extended period of mourning but William and Kate as well as Anne, the Princess Royal, took time Thursday to thank people for their support.

Anne, the late queen's only daughter, visited two military bases to thank military personnel who supported the queen's funeral and other events last week during the national period of mourning.

William and Kate attended their engagement at Windsor Guildhall without their three children, Prince George, 9, Princess Charlotte, 7, and Prince Louis, 4, who all now attend school nearby at Lambrook School in Berkshire.

The family moved this summer from Kensington Palace in London to Adelaide Cottage, a four-bedroom cottage on the grounds of Windsor Castle. 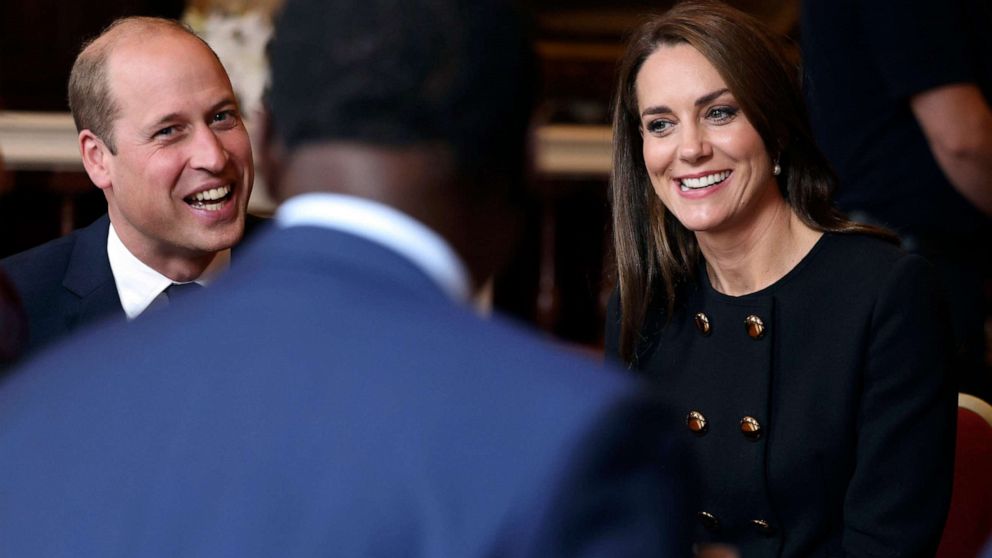 Windsor Castle was a special place for the queen, who spent much of her time there, especially in her later years.

Thousands of people lined the Long Walk in Windsor on Monday as the queen's coffin was escorted in a procession to St. George's Chapel following her state funeral at Westminster Abbey. 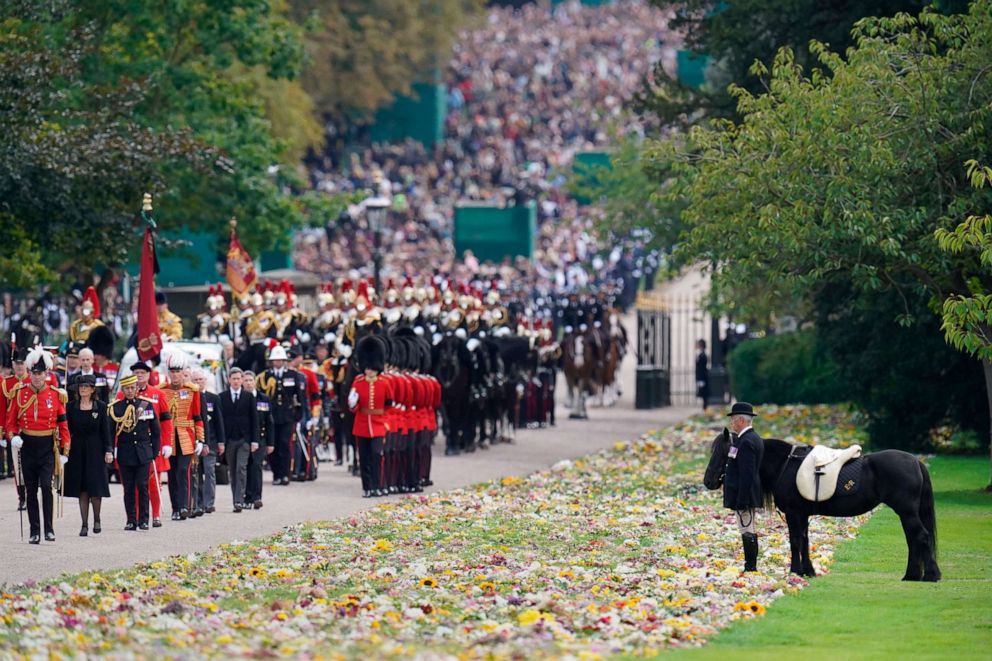 Andrew Matthews/Pool via AP
Emma, the monarch's fell pony, stands as the Ceremonial Procession of the coffin of Queen Elizabeth II arrives at Windsor Castle for the Committal Service at St. George's Chapel, Sept. 19, 2022.

The 96-year-old queen, Britain's longest-reigning monarch, died on Sept. 8 at Balmoral Castle, her residence in Scotland.

Elizabeth's eldest child, King Charles III, and his wife Camilla, the Queen Consort, took on their new titles immediately upon the queen's death.

Charles and Camilla have not made any in-person public appearances since the queen's funeral.