Princes George and Louis and Princess Charlotte, three of Queen Elizabeth II's 12 great-grandchildren, have taken on a new last name in the wake of the late monarch's death.

George, 9, Charlotte, 7, and Louis, 4, are now using the last name Wales, a change from the name they've each used since birth, Cambridge.

The siblings, whose parents are Prince William and Kate, now go by the titles Prince George of Wales, Princess Charlotte of Wales and Prince Louis of Wales.

The children's new titles were used in the Order of Service released by Buckingham Palace for the queen's funeral Monday, which George and Charlotte attended alongside William and Kate. 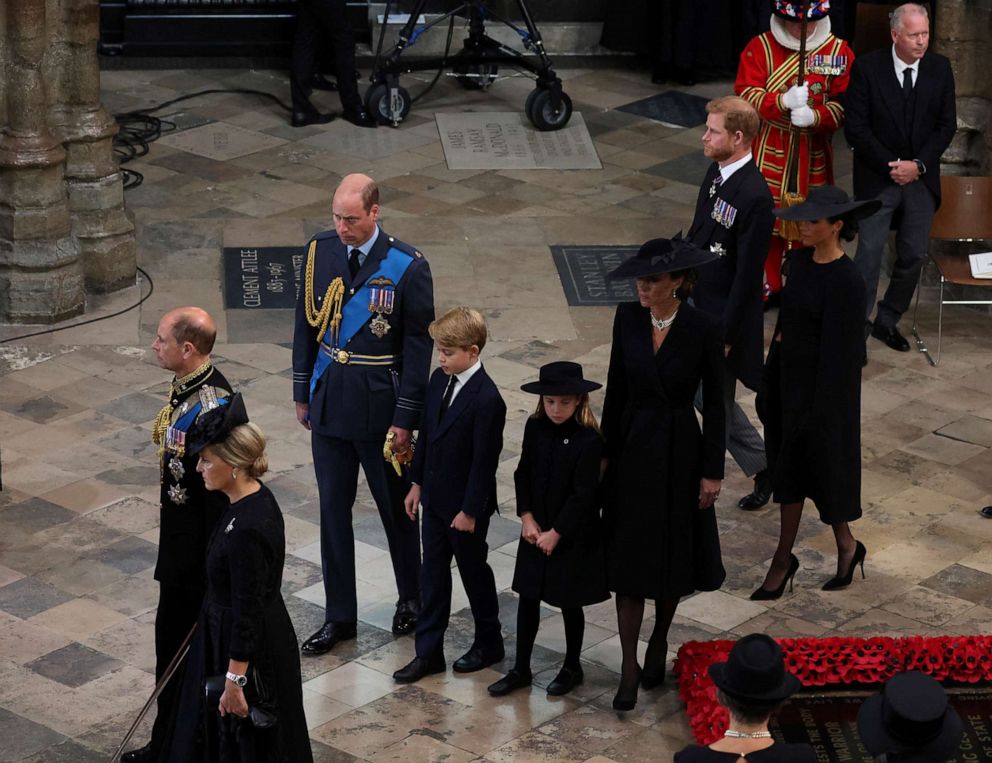 The change comes after their parents received the titles of the Prince and Princess of Wales from William's father King Charles III.

Charles made the announcement in his first address as king on Sept. 9. With the title change, Kate becomes the first person to use the "Princess of Wales" title since Williams' late mother Princess Diana. Charles' wife Camilla, now the Queen Consort, was referred to previously as the Duchess of Cornwall.

With the queen's death, William is now the heir to the throne and George, Charlotte and Louis are second, third and fourth in the line of succession, respectively. 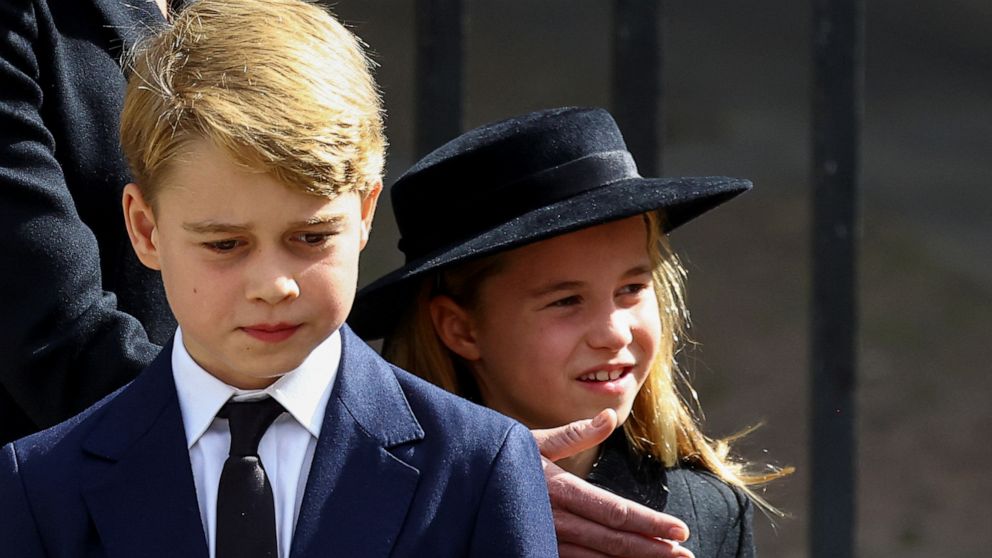 Hannah Mckay/Reuters
Prince George and Princess Charlotte walk after a service at Westminster Abbey on the day of the state funeral and burial of Britain's Queen Elizabeth II, in London, Sept. 19, 2022.

Additionally, as heir to the throne, William inherited Charles' prior title of the Duke of Cornwall and now oversees the duchy of Cornwall, the private estate that was established in 1337 to provide financial independence for the heir and their family.

William, Kate and their children were formerly known as the Cambridges, as the couple previously held the titles of the Duke and Duchess of Cambridge.

The new last name for the family of five comes just as George, Charlotte and Louis begin classes at a new school. 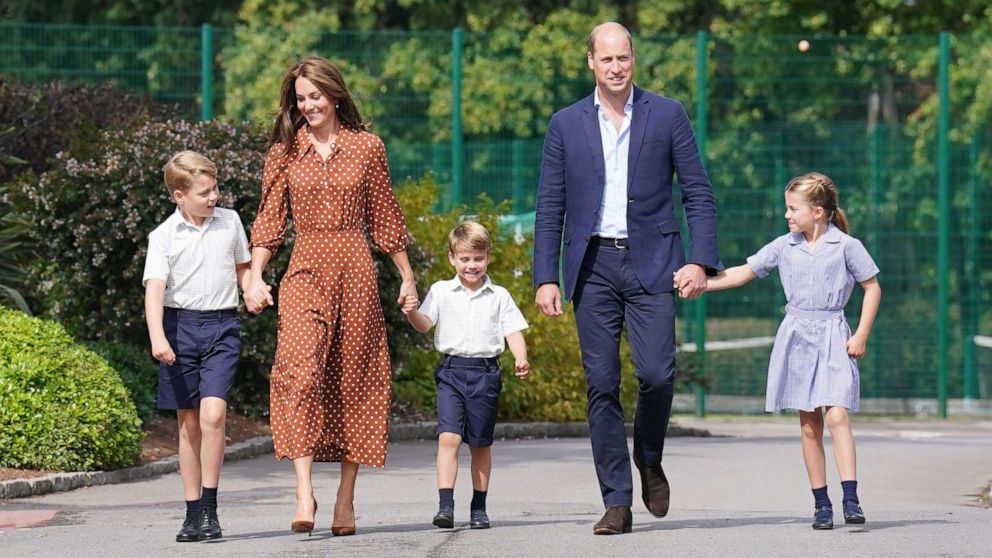 The siblings had their first day at Lambrook School in Berkshire the week of Sept. 5, the same week their great-grandmother died.

George, Charlotte and Louis moved to the preparatory school in Southeast England after their family moved this summer from Kensington Palace in London to Adelaide Cottage, a four-bedroom cottage on the grounds of Windsor Castle.

In school, the siblings will be known as George Wales, Charlotte Wales and Louis Wales.