Queen Elizabeth II's household staff lined up to pay their respects and a final tribute to the late monarch outside Buckingham Palace on Monday, following her funeral in central London.

Staff members were present along the funeral procession route as Elizabeth's coffin made its way to St George's Chapel at Windsor Castle from Westminster Abbey, where the state funeral was held. The coffin was driven past the palace, the queen's primary residence while in the U.K. capital and the monarch's headquarters, during the procession.

The police protection officers who guarded the queen during her lifetime were also invited to Monday's committal service at St George's Chapel.

A private family burial will be held later Monday evening.

"[The queen's staff] were very loyal to her. She had people by her side who felt very strongly about protecting her and really took on those roles with a great sense of responsibility," Ailsa Anderson, a former press secretary for the queen and an ABC News royal contributor, said Monday. 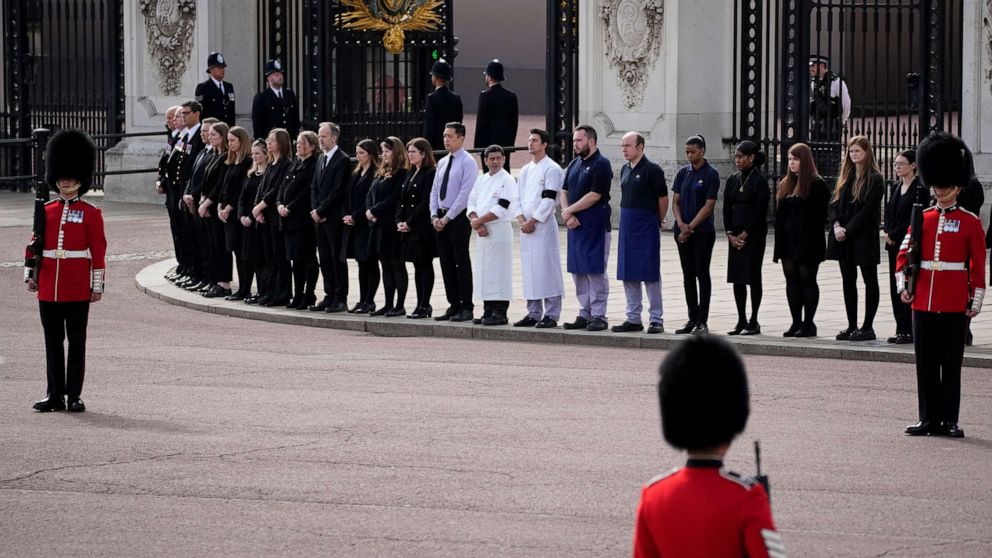 Anderson said many of the staff -- which includes the queen's personal chefs, butlers, footmen and other aides, as well as her personal protection officers -- had developed a close relationship with the queen, who became more than just an employer and boss to them.

"You saw the piper there playing at the end of the funeral service. He would also play again in St. George's Chapel and successive people have held that role and spoken about how they got to really know the queen and how she learned about their personal lives and was often very sympathetic to any situation that they might have," Anderson continued. "That's what we hear, that she was very interested in the lives of the people who worked for her and she became a friend to many of them as well." 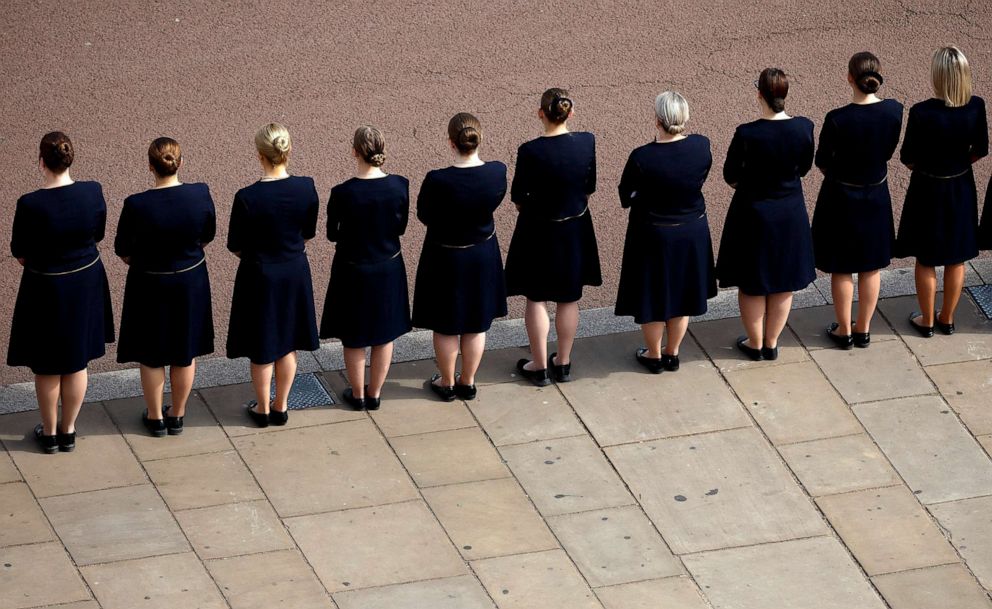 Anderson herself shared fond memories with the queen, for whom she worked from 2001 to 2013.

"I've got my scrapbook here and I was going through it with my children. She sent a letter on the 26th of April, 2003, after her -- I think it was her 80th birthday, from her Sandringham estate, and just said, 'Thank you, I'm so delighted with the china which has so kindly been given to me for my birthday. We can now have a tea party. Please convey my grateful thanks,'" Anderson recounted.

"And that is just typical of the queen to want to convey her own thanks to people because she always put others before herself. Looking at the images today and seeing so many members of her previous staff and current staff, either standing outside Buckingham Palace or walking in the procession, I'm deeply moved. I was deeply moved when the coffin went inside Westminster Abbey. I confess to feeling very emotional. And I think being part of something like this today will be really important for the staff," she added. 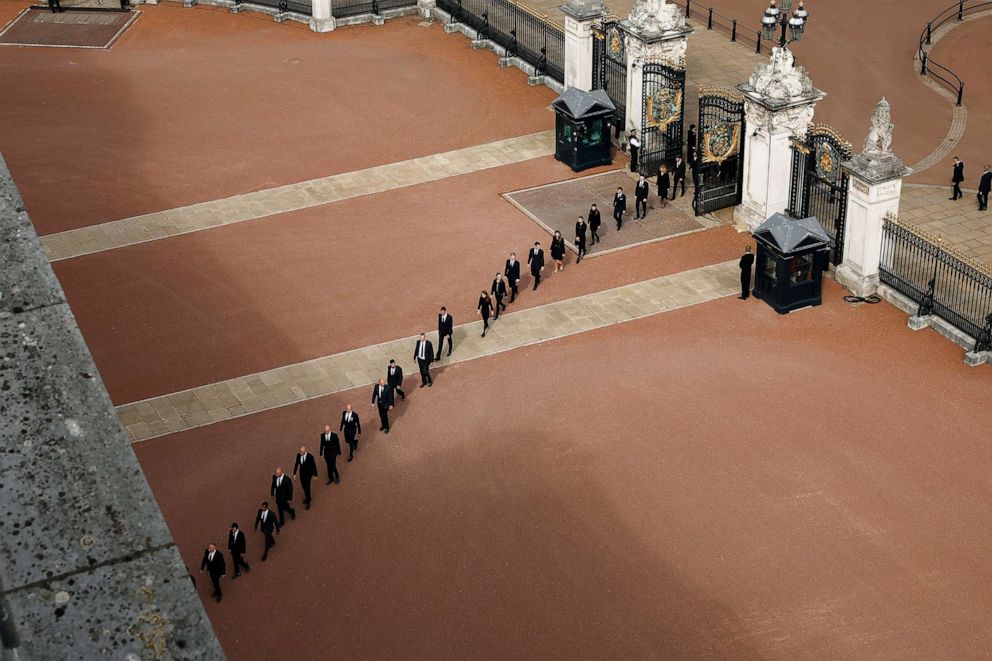 Chip Somodevilla/Getty Images
Buckingham Palace household staff return through the gates of Buckingham Palace after paying their respects during the State Funeral of Queen Elizabeth II on Sept. 19, 2022, in London.

Anderson said she felt honored and that it was a "huge privilege" to her to have worked for the queen, whose personality appeared to have shone through the formalities and traditions of a long-lasting monarchy.

"I just think it was the sense of duty, it was the huge work ethic, it was the humor," Anderson said of working for the queen. "A story which has been told to me many times before is the queen was just about to walk into a privy council meeting where her advisers, government advisers were there, and somebody's mobile phone went off -- and the queen, as quick as a flash said, 'Oh, you better answer that, it might be somebody important.'"

"It's that sense of ridiculous and humor, which was second to none," she said.