The photo, shared on the royal family's social media accounts, shows the queen walking through the countryside, holding a walking stick and wearing one of her trademark head scarves.

The photo was captioned with the words, "May flights of Angels sing thee to thy rest," from Shakespeare's "Hamlet."

Those are the same words the queen's eldest son King Charles III used at the end of his first public address following the queen's death on Sept. 8 at age 96.

"And to my darling Mama, as you begin your last great journey to join my dear late Papa, I want simply to say this: thank you," Charles said. "Thank you for your love and devotion to our family and to the family of nations you have served so diligently all these years. May 'flights of Angels sing thee to thy rest.'"

The life of the queen, Britain's longest-reigning monarch, was celebrated Monday with a state funeral at Westminster Abbey attended by around 2,000 dignitaries, heads of state and members of the royal family.

The queen's coffin was lowered into the royal vault in a smaller committal service at Windsor Castle's St. George's Chapel following her funeral. 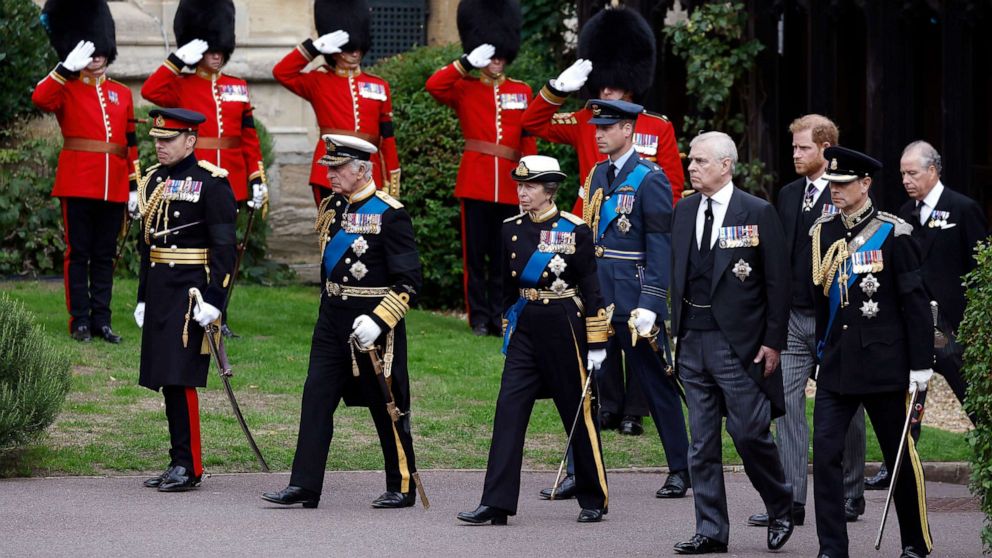 Later Monday evening, Charles and other members of the royal family attended a private burial service for the queen. 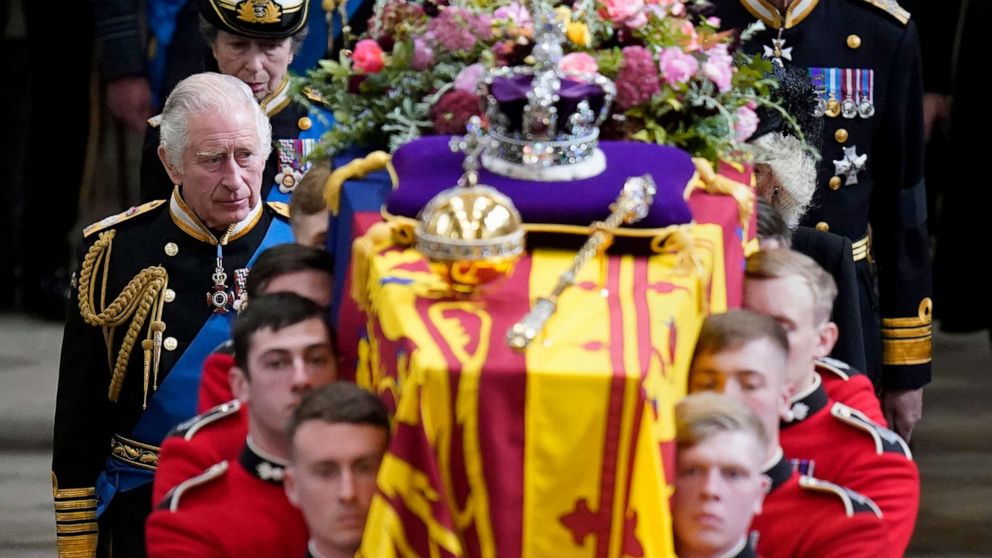 Danny Lawson/Pool via AP
King Charles III and members of the Royal family follow behind the coffin of Queen Elizabeth II, draped in the Royal Standard with the Imperial State Crown and the Sovereign's orb and sceptre, as it is carried out of Westminster Abbey after her State Funeral, in London, Sept. 19, 2022.

Elizabeth was buried next to her husband Prince Philip at the King George VI Memorial Chapel at St. George's Chapel, where her mother, father and sister are also buried.

The royal family's period of mourning for the queen will last until Sept. 27, when they will resume official engagements and the flags will be raised to full staff at royal residences once more.

The national period of mourning in the U.K. ended on the day of the queen's funeral, which was declared a public holiday.