Prince George, Princess Charlotte and Prince Louisare getting ready for their first day of school.

Prince William and Kate, the Duke and Duchess of Cambridge, attended a settling-in afternoon with their three children on Wednesday at the children's new school, Lambrook School in Berkshire, a preparatory school for children ages 3-13 in South East England. 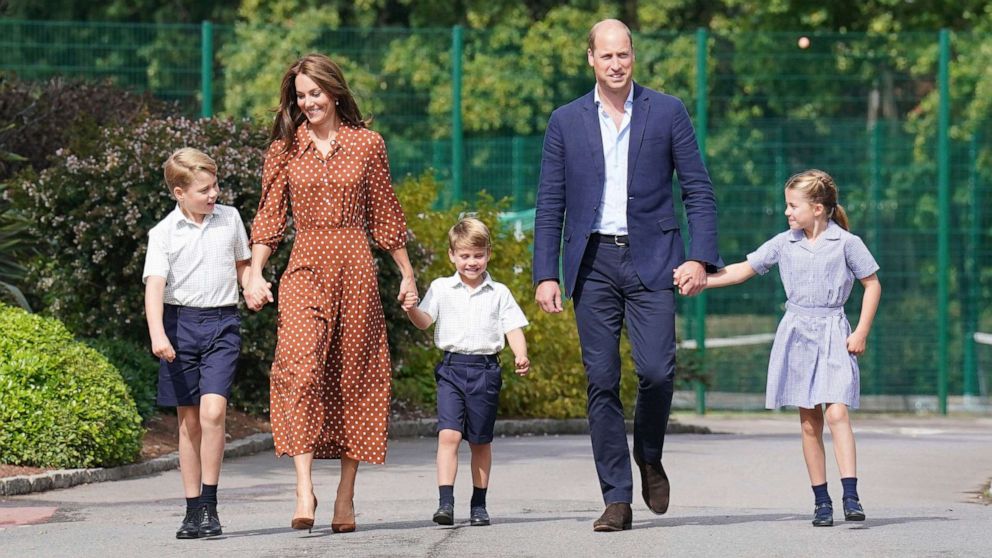 In the photos, George, Charlotte and Louis join hands with their parents as they make their way to the school. Another image shows the three children meeting Headmaster Jonathan Perry.

Kensington Palace said in a press release that the event is held annually at Lambrook to welcome new students and their families and takes place just before the first day of the new school term.

Palace officials announced last month that George, Charlotte and Louis would be attending Lambrook as the family relocated to their new home, Adelaide Cottage, a four-bedroom cottage on the grounds of Windsor Castle. 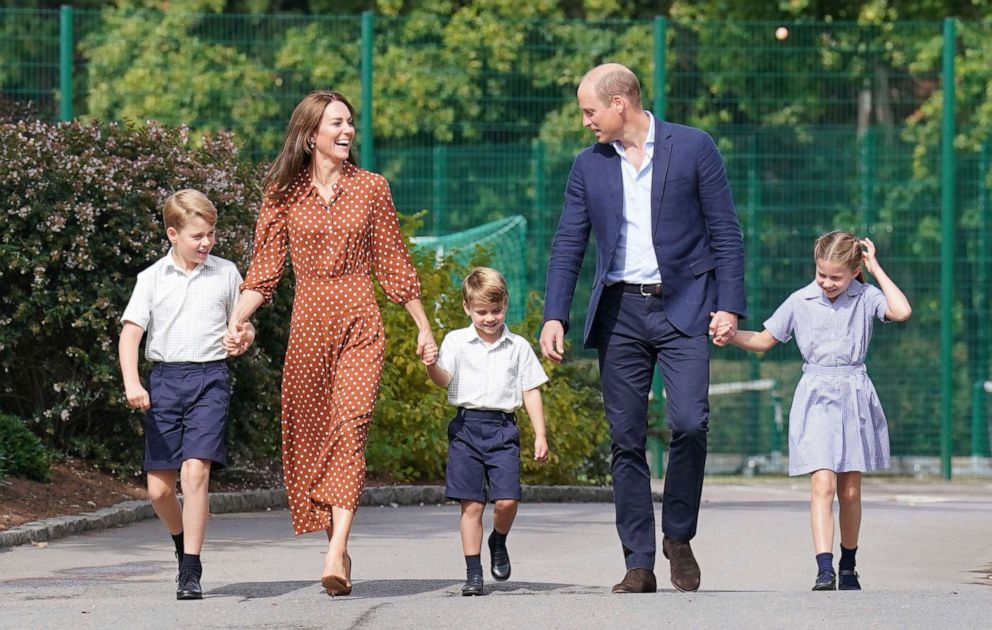 Lambrook School is described as one of the country’s leading prep schools. Its website says the school aims to produce "confident, happy, engaging, mature considerate and thoughtful young adults who are outward looking global citizens."

Headmaster Perry said in a statement shared by Kensington Palace last month that he is "delighted that Prince George, Princess Charlotte and Prince Louis will be joining us." 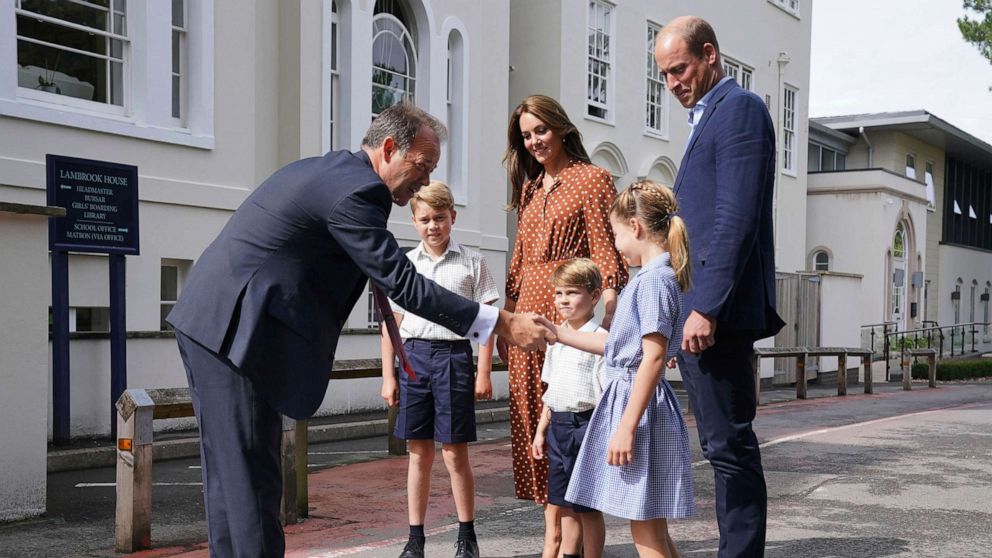 The new school year marks the first time Louis will attend the same school as his older siblings. Prior to Lambrook, George and Charlotte attended Thomas’s Battersea, a prep school in London.