Meghan Markle has been a TV star and a duchess, but she opened up about being a bit of an outcast growing up in her latest podcast.

In the latest episode of her "Archetypes" podcast, the Duchess of Sussex told her guest, actress and producer Mindy Kaling, that she was a "bit of a loner" and an "ugly duckling" when she was in school. 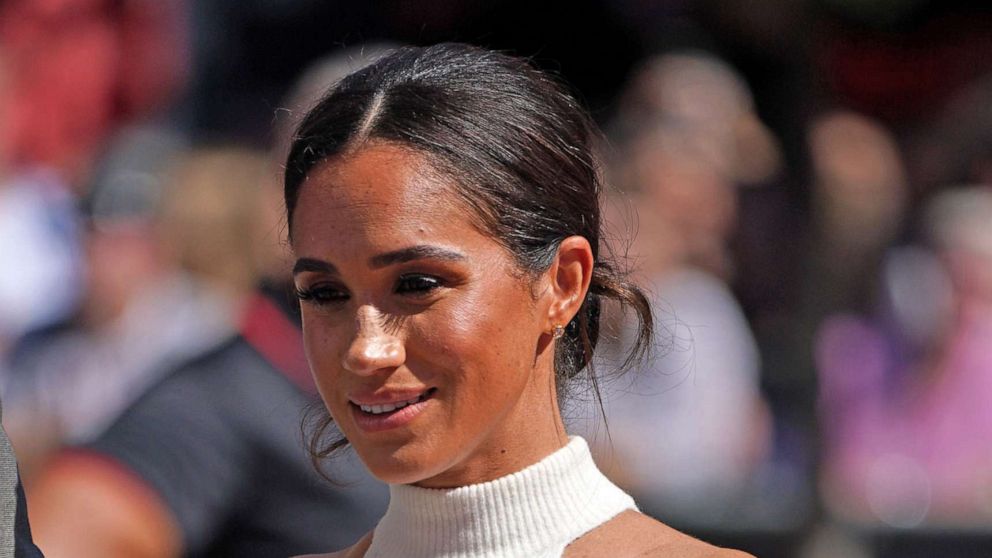 Markle told the "Never Have I Ever" creator that she was seen more as the "smart one" in high school than a beauty queen.

"It was really hard," she added.

The duchess, who married Prince Harry, the Duke of Sussex, in 2018, grew up in Los Angeles and attended Immaculate Heart, a private college preparatory school for girls.

Markle said she found it difficult to fit in.

Markle said that by being involved in school activities, she didn't have to worry about who she would sit with at lunch.

The duchess' story resonated with Kaling, who was surprised to know that Markle didn't see herself as the "pretty one" when she was growing up, and said it made her emotional.

"I'm happy that people know that because I think people see you and they're like, 'Oh my gosh, the wedding, the couture fittings for that and this and that,' and I think that I certainly didn't know that about you and that's nice to know," Kaling said.

Kaling then brought up her favorite book, "Harriet the Spy," adding, "I think it feels emotional because no matter how much we achieve or the access that we have again to these rarefied spaces, it's when I think of that little girl that you mentioned. It feels so -- the reason 'Harriet the Spy' is like my favorite book right, is because here's this girl who is like lonely and she has adventures but it's because she doesn't have any friends, right?" 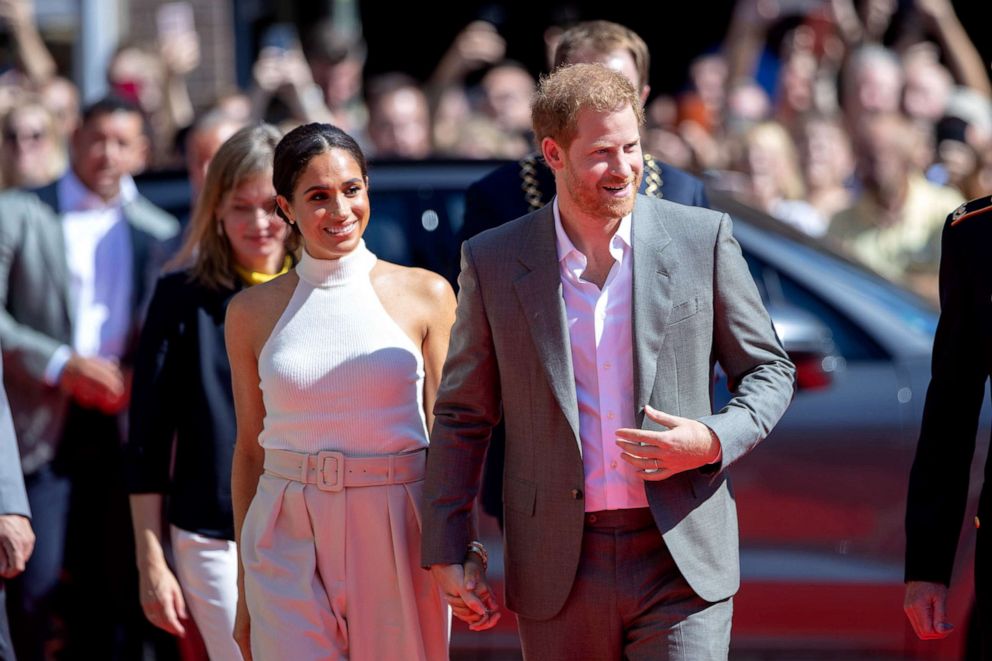 Joshua Sammer/Getty Images for Invictus Games
Meghan, Duchess of Sussex and Prince Harry, Duke of Sussex arrive at the town hall during the Invictus Games Dusseldorf 2023 -One Year To Go events, on Sept. 6, 2022 in Dusseldorf, Germany.
MORE: Duchess Meghan's new podcast to focus on female stereotypes

Markle's latest episode dropped as she and Harry arrived at the Town Hall in Dusseldorf, Germany, for the one-year countdown to the Invictus Games, an Olympics-style event for wounded veterans.

"I can't wait to hear the roar of the crowds, to feel the adrenaline of the competition and join in on the laughter and even the tears, happy ones of course, while we get to witness lives being changed right before our eyes," Harry said in a brief speech.

The couple is currently traveling across the United Kingdom and Germany to support charities that are close to their hearts.