Many of us have spent the past year and a half online during the pandemic working, learning and connecting with others over Slack, Facebook and more -- but what happens if you were suddenly stuck in your computer with absolutely no way out?

In Calvin Kasulke’s debut novel, “Several People Are Typing,” the “GMA” September Book Club Pick, that’s what happens to Gerald, a mid-level employee at a consulting firm whose consciousness gets ripped out of his body and is trapped in his office’s work Slack.

“Things get weird when we have hybrid offices,” said Kasulke, who told “Good Morning America” that he got the idea for his book -- which is written entirely in Slack messages -- from his own experience working in an office where most of the office communication was happening over Slack. 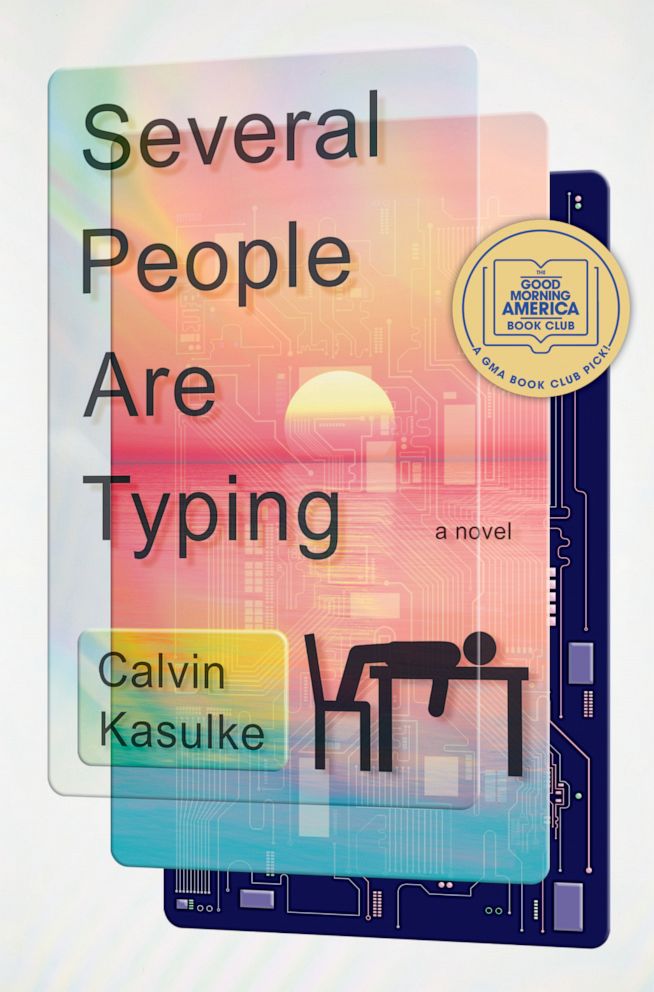 “It’s already the sort of storytelling mechanism on its own,” Kasulke said about Slack. “If you come in late to work and a lot of your work life and the office communication is happening over Slack, and you’re late because you have a dentist appointment in the morning or whatever, and you want to figure out what you’re missing. You check your email, but you also have to read Slack, right? You’ve got to go back and sort of read Slack to figure out what actually happened today, what have I actually missed.”

While his novel is written in chat form, Kasulke introduces readers to several characters including Slackbot, who is more than a handy robot assistant in his book that will make you think twice about all the robot assistants helping you each day at work, and perhaps how you treat them. 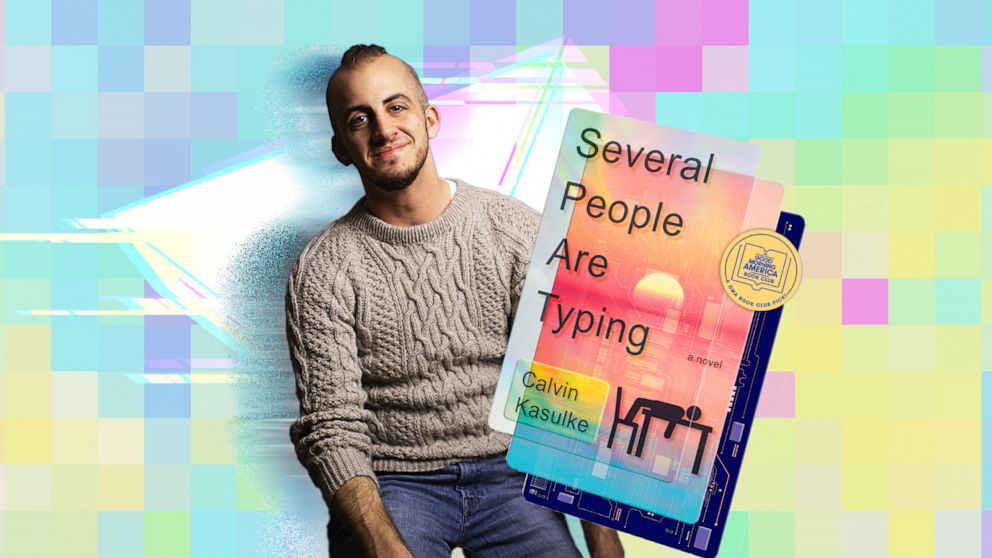 “He’s arguably the most dynamic character in the whole book and as much as from the moment he sort of wakes up -- he is learning,” Kasulke said. “He’s very clearly taking in and just sort of regurgitating what other people are saying. But then he starts to be able to create his own meaning and get sort of stronger and smarter as the book goes on -- he wants new experiences, he wants to figure out new words.”

“And his motivations are really simple,” Kasulke continued. “He is driven by wanting to experience more of life and more of the physical space. And he is really drawn to what is pleasurable, which I think also many of us are. But he, in a really unfiltered and raw way, where he just wants you know, he wants good food and other physical experiences because they’re also new to him and he’s heard so much about them.”

MORE: Transport yourself to another time with these 15 books for September

So does Gerald ever escape Slack? You’ll just have to read Kasulke’s hilarious new novel to find out. The book is a fast-paced read, so Kasulke encourages readers to read it twice and have fun.

“When people say, ‘This book made me laugh out loud,’ I’m like alright, we did it. We made people laugh out loud,” Kasulke said. “If you read it again and sort of know where things are going, I think people pick up different things. It’s already short, read it twice. Who cares?”

“Several People Are Typing” is available now wherever books are sold. Get your copy here and read an excerpt here.

See more of our conversation below for some of Kasulke’s book recommendations:

What was the last book you read?

The last book I read was “Darryl” by Jackie Ess. It’s incredible -- it’s unlike anything I have ever read. It’s really great and Jackie is just incredible -- I have season tickets to Jackie Ess now. Everything she writes for as long as she’s is writing, I’m going to get the instant it is available. So she is great and Darryll is a blast and I don’t want to say anything about it because people should just read it and go on for the ride.

What was the book that inspired you to become a writer?

The “Goosebumps” choose your own adventure books [“Give Yourself Goosebumps”] that were available when I was a kid absolutely blew my little mind -- that it wasn’t what you expected a book to be. You’d open the book and it was a book but it was also a game and it was something that you could participate in and just the idea that there weren’t necessarily rules to what a book could contain that you choose your own adventures -- was I think really integral to me wanting to see what I can do.

What’s an upcoming book you’re most excited to read this winter?

“Dead Collections” by Isaac Fellman. It’s a trans vampire archivist book. I think it is genuinely groundbreaking. I’ve had the pleasure of reading an early draft. Isaac is incredibly talented and I think people are going to absolutely lose their business over this book. It’s just so fun and it does things formally and theme-wise and genre-wise I just think people are not used to seeing. It’s just fun and sexy and funny, and it has a thriller element. I don’t know how he pulled it off but it’s a real blast. And I am really looking forward to reading the final version.

Other than “Several People Are Typing,” what is a book everyone should read?

If you’re going to pick up “Several People Are Typing” and your cart seems kind of lonely, “A Touch of Jen” that just came out by Beth Morgan is great and it is fitting for spooky season and it is fitting if you are interested in people who are good at incorporating our digital lives into books in unique ways. I think Beth is incredible.

And Hanif Abdurraqib just put out “A Little Devil in America,” which is a history of Black performance and is just masterful. That guy is just incredibly prolific and he doesn’t miss. His previous work, “They Can’t Kill Us Until They Kill Us” is, I think, already sort of a modern classic. I don’t think you can go wrong picking up anything Hanif has written. But “A Little Devil in America” -- I remember trying to tweet about it and looking at my phone for like 40 minutes because I just couldn’t come up with a sufficiently praiseful description that did not seem overwrought or corny. I just respect the hell out of that guy and everything he writes. I just think there’s not a lot of people writing essays at the level he is these days.

Who is an author that people should know about?

Jordy Rosenberg is working on a new book and he wrote another sort of modern classic, “Confessions of the Fox.” I know Jordy has a new book coming out so you should keep your eyes open for him because he’s another great talent. And if you’re not already reading everything Alexander Chee puts out, what are you doing?