Former child star Jackie Evancho opened up about the hardships she faced growing up in the spotlight but said she has "no regrets" and hopes to use her own struggles to be a role model for other young girls.

Evancho first wowed America in 2010 when she was runner-up of the hit reality show, "America's Got Talent." At just 10 years old, she skyrocketed to fame for her powerhouse vocals. 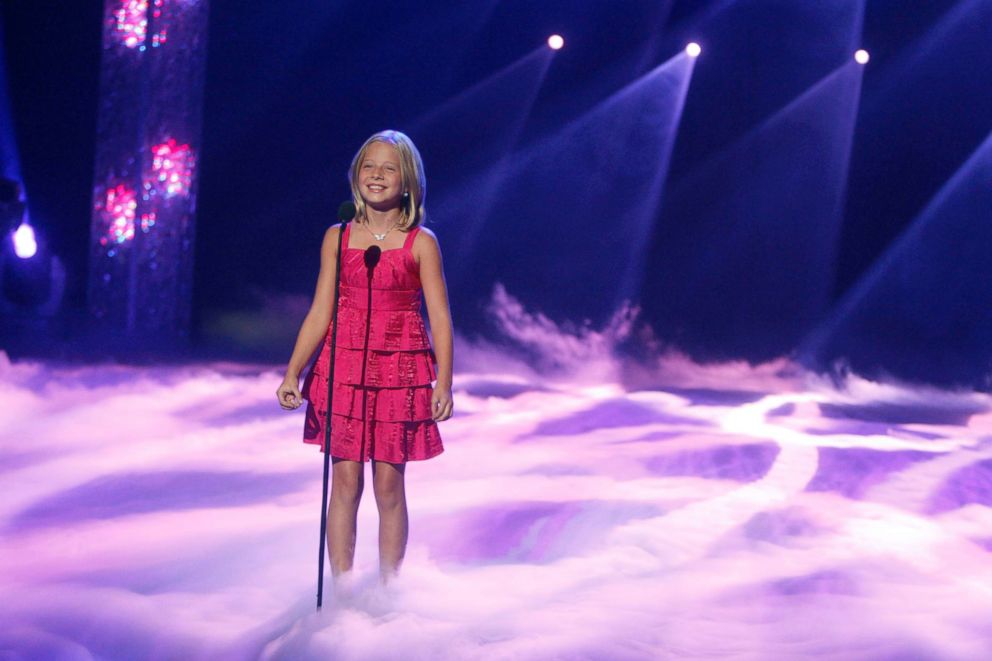 Now 18, the singer is opening up for the first time about the struggles she says she faced aging in the public eye.

Among those are eating disorders, and Evancho told ABC News' Paula Faris that she was "diagnosed with anorexia." 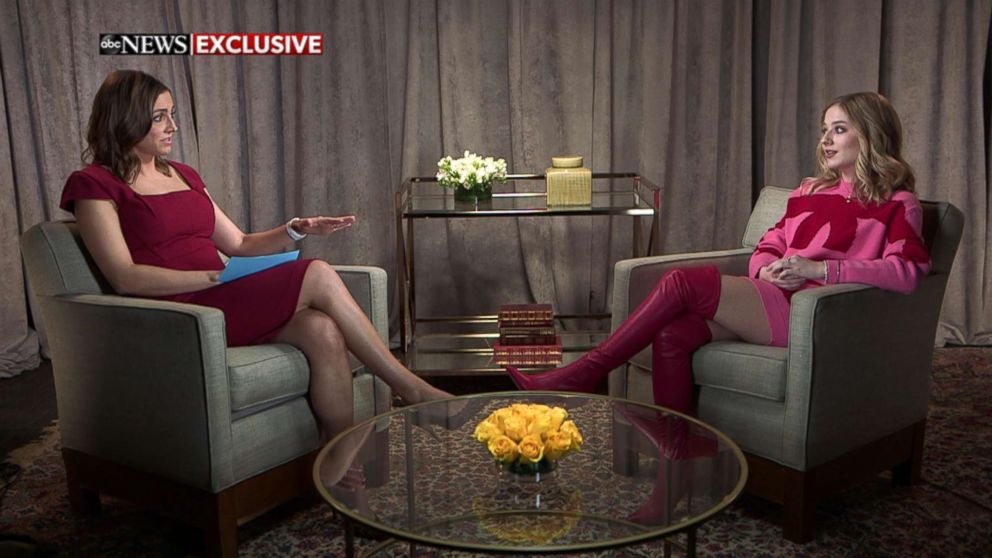 While she said she has "been dealing with it" since she was 15, she was diagnosed at 17.

"Having an eating disorder is like having another you inside your head screaming all the worst things that you can hear about yourself ... 'You're ugly, fat, stupid,' all that stuff," Evancho said. "And it's just every time you look in the mirror you see something that's not there."

Evancho said that she also struggles with "body dysmorphia" as well.

"I won't be able to see what my reflection actually is because whatever it is in my head is distorting it," she said.

Evancho said she has been dealing with her eating disorders better now because she is more "vocal about about the thoughts that I have when I have them," and not afraid to reach out for help from her parents.

"If I'm struggling, I'll tell my parents, 'I'm having a hard time, what do I do?'" she said, adding that they are very open and honest with her.

"And that's key to avoiding, stopping, and recovering from an eating disorder," she added.

In addition to body image issues, Evancho said that when she was a young girl she was often targeted by men who meant to harm her. 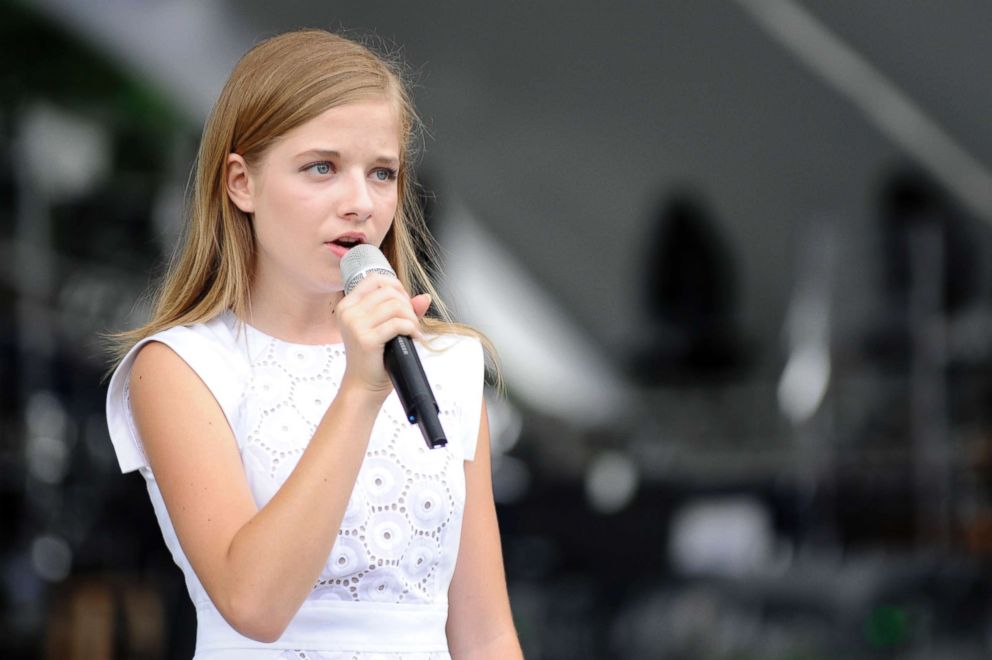 Kris Connor/Getty Images, FILE
Jackie Evancho performs during a rehearsal for the 'A Capitol Fourth 2013 Independence Day Concert' on the West Lawn of the US Capitol, July 3, 2013, in Washington, DC.

"I've had so many crazy experiences," she revealed. "I've had people pretend to be priests or say they are priests and they get backstage."

"There was an instance where a priest asked me to sit on his lap while backstage, and I'm so thankful I was smart enough to say, 'I'm not comfortable with that,'" she added.

"I was never harmed physically but mentally I developed a lot of fears," Evancho said.

Despite dealing with these situations at a young age, Evancho said she has "no regrets." 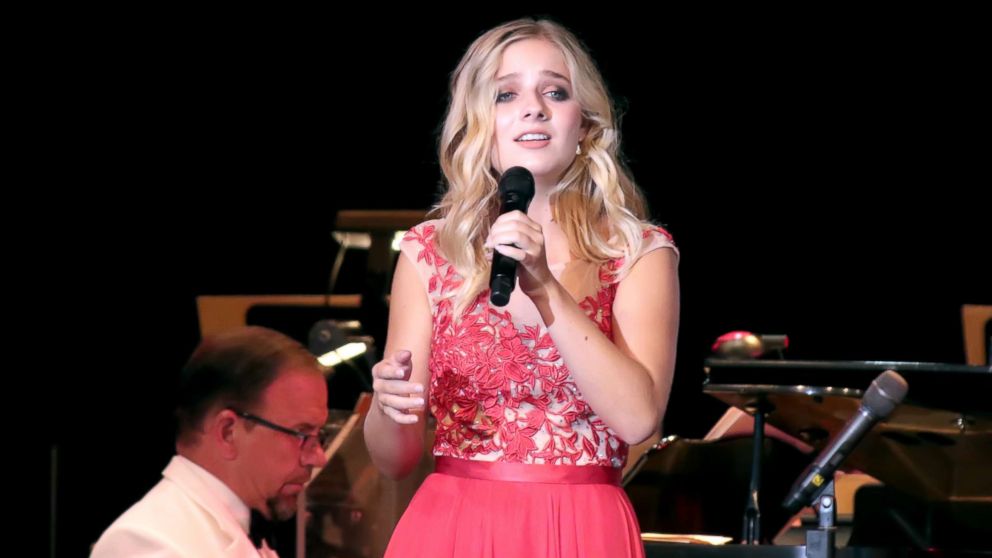 "Ever since I was able to think, I knew this was what I was supposed to do and I love music in this world way too much to give it up," she said.

The vocalist is now living in New York and working on a new album filled with Broadway hits.

"This album is the most authentically me album to date," Evancho said of her new project.

Evancho said if she could speak to her 10-year-old self knowing what she knows now, she would tell her: "You're not alone."

"That was the hardest thing for me ... constantly feeling alone," she said.

The singer added that she is being open about her struggles now in order to be a better role model for other girls and young women.

"I really wanted to be that perfect role model, and as time goes on and all these issues are coming to front, I'm starting to realize that being a perfect role model means also showing people that you are not perfect," she said.

"Because that means that they can be like you even if you're not perfect," Evancho added.