Tis the season when Hollywood rolls out holiday films that radiate a festive spirit. Luckily, that is just what we need to lift us out of our pandemic blues. Check out Netflix for "The Christmas Chronicles 2," a sequel to the 2018 hit that starred a live wire Kurt Russell as Santa Claus. Goldie Hawn did a blink-and-you'll-miss-it cameo back then as Mrs. Claus, but this time she shares the spotlight with Russell, her partner in life and love for 37 years.

Hawn calls Russell "an up-to-date Santa, who's kind of sexy." She's not wrong. And the Russell-Hawn chemistry is just the pick-me-up the film needs when too many Christmas clichés threaten to steer the movie off course. 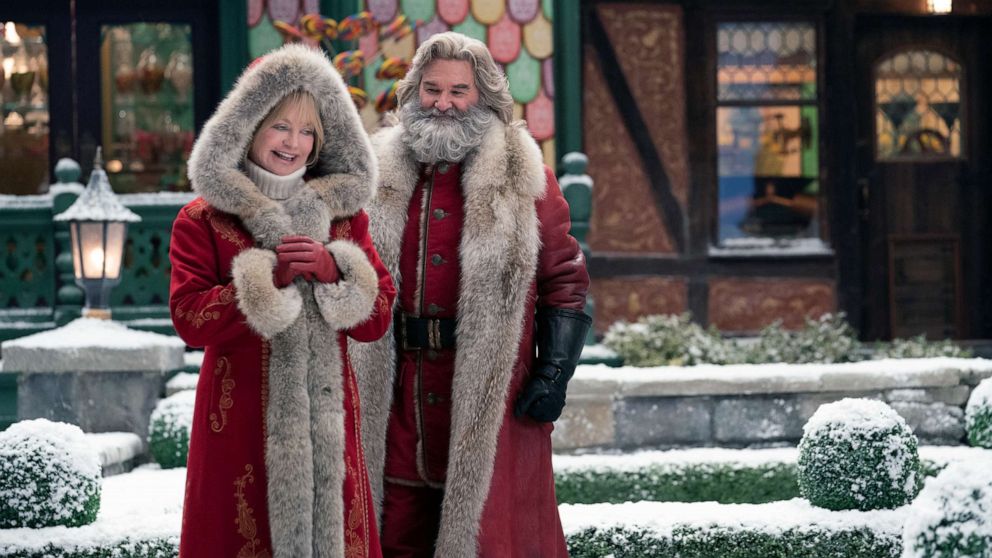 Joseph Lederer/Netflix
Goldie Hawn and Kurt Russell in a scene from "The Christmas Chronicles: Part 2."

The plot is all kinds of predictable. But credit Chris Columbus, who directed the first two "Home Alone" comedies and the first two "Harry Potter" blockbusters, for laying on plenty of razzle-dazzle distractions. What you need to know -- as if you couldn't guess -- is that Christmas is again under threat. Last time, Santa and his reindeer crash-landed in Chicago. This time, a rogue elf named Belsnickel (Julian Dennison), turned human for his misdeeds, schemes to sabotage the big doings at the North Pole. It turns out that Mrs. Claus designed the whole place, with little help from her credit-hog hubby.

As before, a reluctant Santa is forced to rely on help from the Pierce family of Lowell, Massachusetts. Kate (Darby Camp) and big brother Teddy (Judah Lewis) are still smarting over the death of their firefighter father (Oliver Hudson) two years ago. It's not helping that their widowed mom (Kimberly Williams-Paisley) has dragged them off to Cancun with new boyfriend Bob (Tyrese Gibson) and his son Jack (Jahzir Bruno). No one gets along, until Belsnickel swoops Kate and Jack off to the North Pole where fresh plans are hatched. And Mrs. Claus shows she has her own brand of magic. 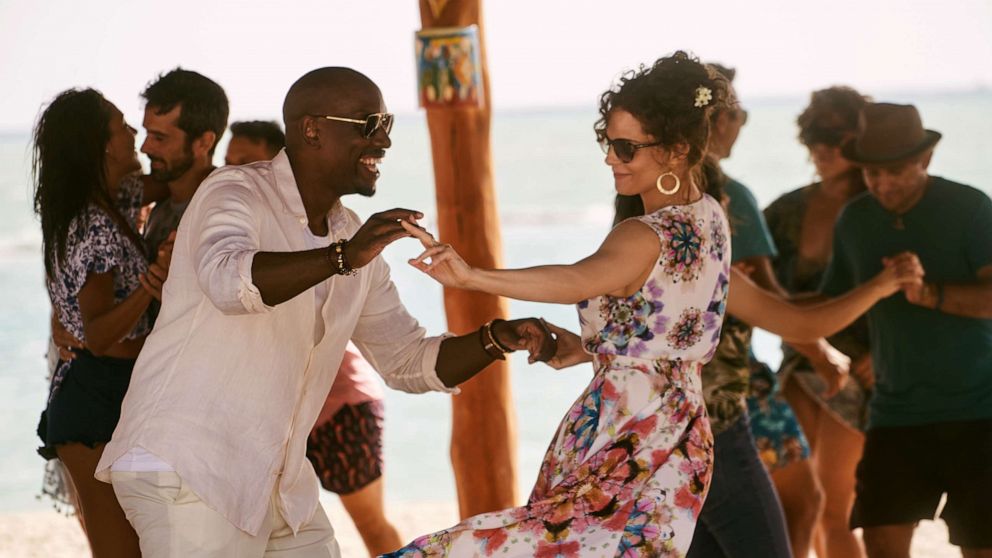 Joseph Lederer/Netflix
Tyrese Gibson and Kimberly Williams in a scene from "The Christmas Chronicles: Part 2."

No spoilers, except to say that time travel is involved, allowing Santa to join Darlene Love in a rousing musical number at an airport and Kate to fulfill a wish she's harbored since the death of her father. A bond is formed between Kate and her potential stepbrother. (Bruno is a real cutie.) Along the way, the movie chronicles the history of Saint Nicholas through the ages -- his origins are Middle Eastern, not Scandanavian. And the legend of the Yule Cat is given funny-scary life.

MORE: 'The Witches' review: The Anne Hathaway film is a fright-fest that won't settle for skin deep

OK, The Christmas Chronicles 2" often plays like a mashup of random story threads, but why kick at a movie that only wants to deliver fun for the holidays and does so without causing the sugar shock of all those Hallmark sugarplum assaults? It sure doesn't hurt to have Russell and Hawn at the helm. Costarring for the first time on screen since 1987's still-delightful "Overboard," this power couple proves the perfect choice to play the most famous power couple of yore. One thing's for sure: Santa and the missus have never been this cool.