If looks really were everything, “Cruella” would be flying high (in theaters and Disney+ Premier Access) on the dazzling costumes that two-time Oscar winner Jenny Beavan has designed for star Emma Stone to swan around in as this iconic villain of page and screen.

Cruella
Oscar winner Emma Stone stars in an all-new live-action film about the rebellious early days of one of cinemas most notorious and fashionable villains.

But looks alone won’t cut it when the plot points are so hit and miss. British author Dodie Smith created Cruella in a 1956 book that spawned the 1961 animated Disney classic “101 Dalmatians” and two live-action hits starring a deliciously campy Glenn Close as Cruella de Vil, a cruel devil indeed in her quest to make a coat out of Dalmatian fur. 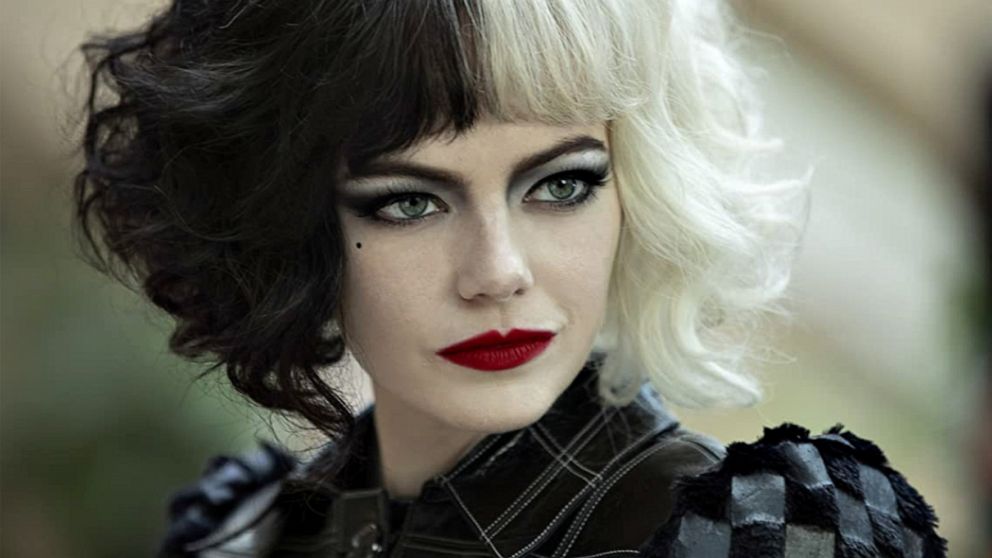 But wait, no one ever told us how Cruella got to be so mean. Is it a childhood trauma that made her depraved on account of she’s deprived? Right you are. Cue the origin story of a poor, fatherless girl named Estella who watches her struggling mother (Emily Beecham) murdered by Dalmatians and goes on to become a fashionista willing to do whatever it takes to succeed.

Not exactly cozy bedtime viewing for kiddies unlikely to be hip to the 1970s punk fashion scene in London, where the film is set and where rock classics are needle dropped in constant rotation in this more timid than transgressive attempt to mash-up “Joker” and “Maleficent.”

As directed by Craig Gillespie (much bolder in “I, Tonya”) from a story credited to six writers, “Cruella” never leaves us in doubt that our girl is an orphan underdog fully deserving of our sympathy. Cruella doesn’t kill dogs, she adopts a mutt named Buddy. Aww.

The real villain is played by another Oscar-winning Emma. As the Baroness, the fashion empire builder who hires Estella as an assistant and then steals her ideas, Emma Thompson makes an art form of bitchiness, rivaling Meryl Steep in “The Devil Wears Prada” for torturing underlings. 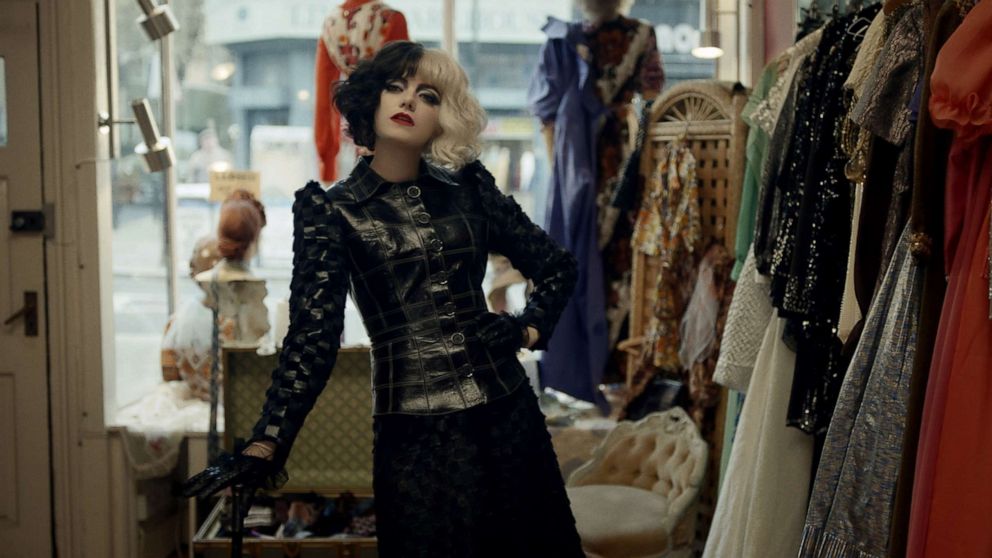 Disney
Emma Stone in a scene from "Cruella."

No wonder Estella takes revenge by transforming herself into the glamorous Cruella, who uses her own designs to crash the Baroness’ black and white ball. With her hair two-toned like a Dalmatian, Cruella makes a wow entrance by setting her dress on fire to reveal a showstopping red ball gown underneath. Presto—the Cruella fashion line is born.

The Baroness is livid, of course, and to watch Thompson seethe with cold fury is a deadpan delight. Why doesn’t the Baroness recognize that Cruella is really Estella? You might as well ask why no one sees that Clark Kent is really Superman.

MORE: Review: 'Things Heard and Seen': What a story! What actors! What a hot mess!

"Cruella” hits its stride when the two Emmas go on the diva warpath—all in the name of female empowerment. What stalls the fun is the film’s tendency to overanalyze the backstories of Cruella and the Baroness and to keep parading in minor characters to disguise the fact that there’s no real depth to the storytelling.

“Cruella” takes a punishing two hours and 14 minutes to unravel an unnecessarily convoluted plot. Stone and Thompson deliver much to enjoy in this beautifully crafted fluffball, but the end result is a decorative distraction that never runs the risks it promises.