Everyone likes a juicy ghost story, right? So it’s a bummer that there’s no juice and little to like about “Things Heard and Seen,” debuting this week on Netflix. The film botches a potent premise about dysfunctional marriage and how the past can infect the present when a malignant male narcissist puts up a lethal resistance to his wife’s growing empowerment.

Set in 1980, decades before #MeToo and #TimesUp took hold, “Things Heard and Seen” lucks out with a stellar performance from Amanda Seyfried -- fresh from a richly deserved Oscar nod for “Mank” -- as Catherine, a young wife and mother who leaves her cool job restoring murals in Manhattan to serve the career needs of her toxically selfish husband. 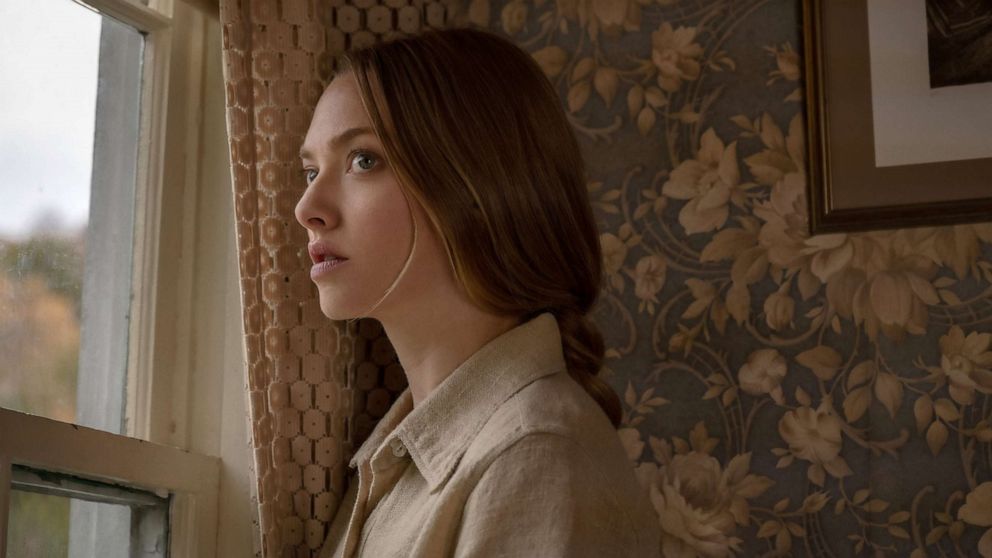 Anna Kooris/Netflix
Amanda Seyfried, as Catherine Clare, in a scene from "Things Heard and Seen."

He is George Claire, played by James Norton, the talented British star of “Grantchester” and ”Happy Valley,” who tries on an American accent and swagger to heighten the surface charm and inner demons of a man who prods Catherine to put her vocation on hold so he can take a teaching position at a small-town college by forging his credentials.

The third star of “Things Heard and Seen” is the haunted house, a remote and ramshackle dairy farm in New York’s Hudson Valley that George purchased to isolate his wife and young daughter, Franny (Ana Sophia Heger), while he swans around the classroom as a flirty object of desire, especially for young Willis, nicely sizzled by Natalia Dyer of “Stranger Things.”

The house holds secrets that Catherine learns from handyman Eddie Vayle (Alex Neustaedter) and his younger brother Cole (Jack Gore), whose parents previously owned the farm until their tragic demise. Is it the ghost of the wife, who died at her husband’s murderous hand, that Catherine sees in her window? And is that the dead woman’s ring she finds near the sink?

Clearly, Catherine needs help. She leans into an eating disorder as a futile means to exert some control over her life. She finds an ally in Justine, a feminist artist played by “Better Call Saul” livewire Rhea Seehorn. But George unravels violently when his department chair (Oscar winner F. Murray Abraham) uncovers his web of lies. Is that an axe in George’s hand? 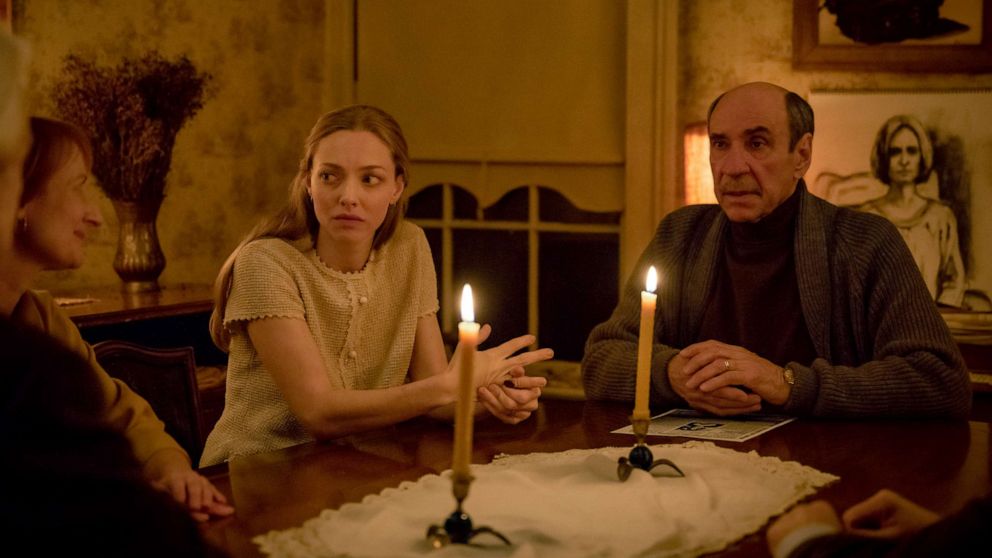 Anna Kooris/Netflix
Amanda Seyfried, as Catherine Clare, and F. Murray Abraham, as Floyd DeBeers, in a scene from "Things Heard and Seen."

What a story! What actors! What a hot mess! In adapting Elizabeth Brundage’s slow burn of a novel for the screen, married directors Robert Pulcini and Shari Springer Berman (“American Splendor,” “Cinema Verite”) cram in too much of the book and not enough of their own interpretation of what makes a relationship live or die.

The “things heard” about the mystic teachings of Swedish scientist Emanuel Swedenbourg, who believed in ghosts, go nowhere. As for the “things seen,” I defy you to perceive anything since this dim bulb of a movie appears to be shot in the dark, a failed artistic choice that makes you think the characters or the filmmakers neglected to pay their electric bill.

You know a movie is not working when the actors look as lost as you feel, when plot threads dangle without logic or hope of closure and when intrigue is replaced by a rabid impatience to end the darn thing already. “Things Heard and Seen” is not worth hearing or seeing.