Prince William and Kate, the Duke and Duchess of Cambridge, put a spotlight on children and family Thursday as they wrap up their five-day tour of Pakistan.

William and Kate, the parents of three young children, traveled to Lahore and visited SOS Children's Villages, an organization that provides a home to over 150 girls and boys.

During their visit, the duke and duchess attended a festive birthday party, complete with cake and presents, for three kids helped by the organization.

Kate, wearing a traditional cream-colored shalwar kameez, delivered her first speech on the Pakistan tour, about the importance of family.

“We have been really moved and touched by what we have seen, and by the happy home you have made,” she said. “I’m aware that many of you have experienced extremely difficult times in your lives. But it is inspiring to see how you have used your strength and positivity to help transform the lives of so many young children here.”

"Being here in Pakistan this week, William and I have seen on several occasions how family is at the heart of your culture. Parents, children, aunts, uncles, grandparents all play important roles. You have reminded us exactly what family means. You have shown us too that it is not simply a term that describes the relationship between blood relatives. Instead it describes those special bonds we share with those who make us feel safe and supported. It is the quality of those relationships that matters," Kate continued. 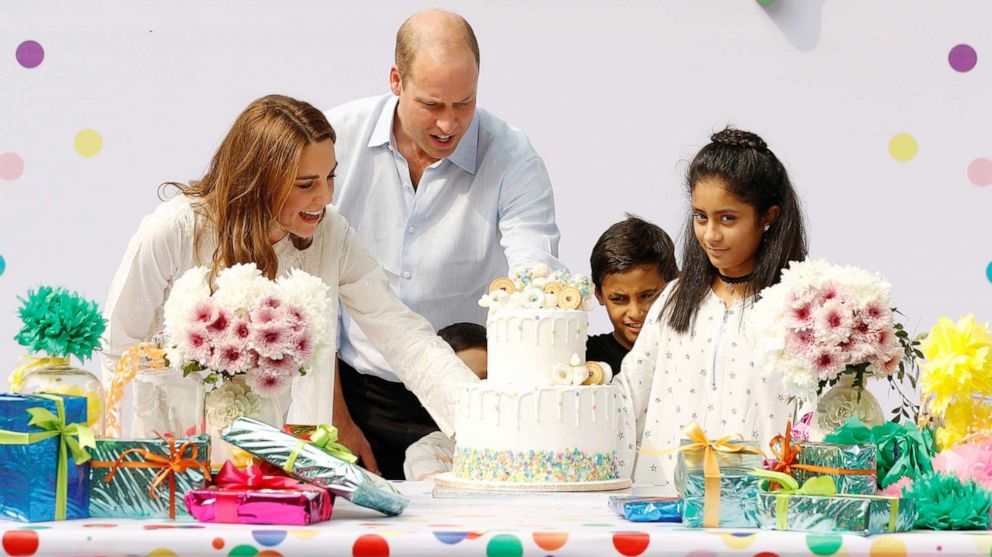 "Here, women who were once vulnerable, now play the most vital of roles as mothers and it is most heartening to see that you are not doing this alone," Kate said later in her speech.

While in Lahore, William and Kate showed their athletic sides by taking part in cricket, the national game of Pakistan.

The royals played at the National Cricket Academy with boys and girls from underprivileged backgrounds.

At the National Cricket Academy in Lahore @TheRealPCB, The Duke and Duchess of Cambridge joined a match with children participating in the @BritishCouncil’s DOSTI programme. #RoyalVisitPakistan pic.twitter.com/bOvF5osDtc

William and Kate's visit to Lahore was also a chance for them to retrace the steps of William's late mother Princess Diana of Wales. 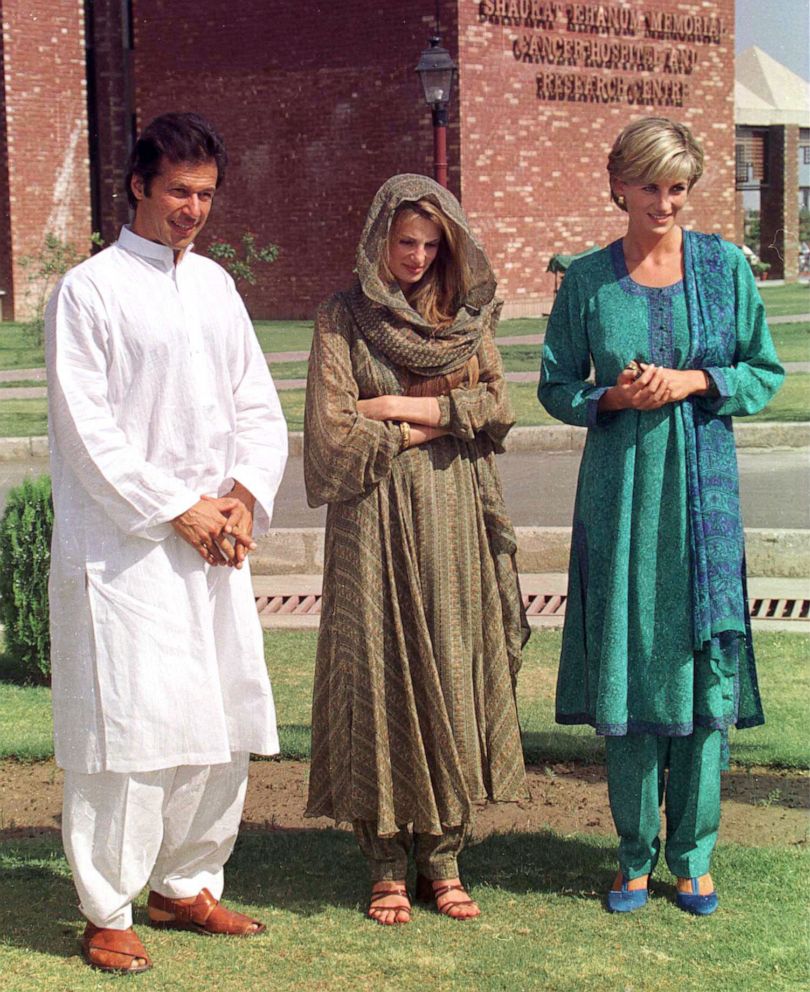 The couple spent time at the same Shaukat Memorial Hospital that Diana visited in May 1997, just months before her death in Paris.

Arthur Edwards/PA Wire via ZUMA Press
The Duke and Duchess of Cambridge with seven-year-old cancer patient Wafia Remain, during a visit to Shaukat Khanum Memorial Cancer Hospital and Research Centre in Lahore, Pakistan, Oct. 17, 2019, on the fourth day of the royal visit to Pakistan.

While in Lahore, William and Kate also visited the Badshahi Mosque, the second biggest mosque in Pakistan. 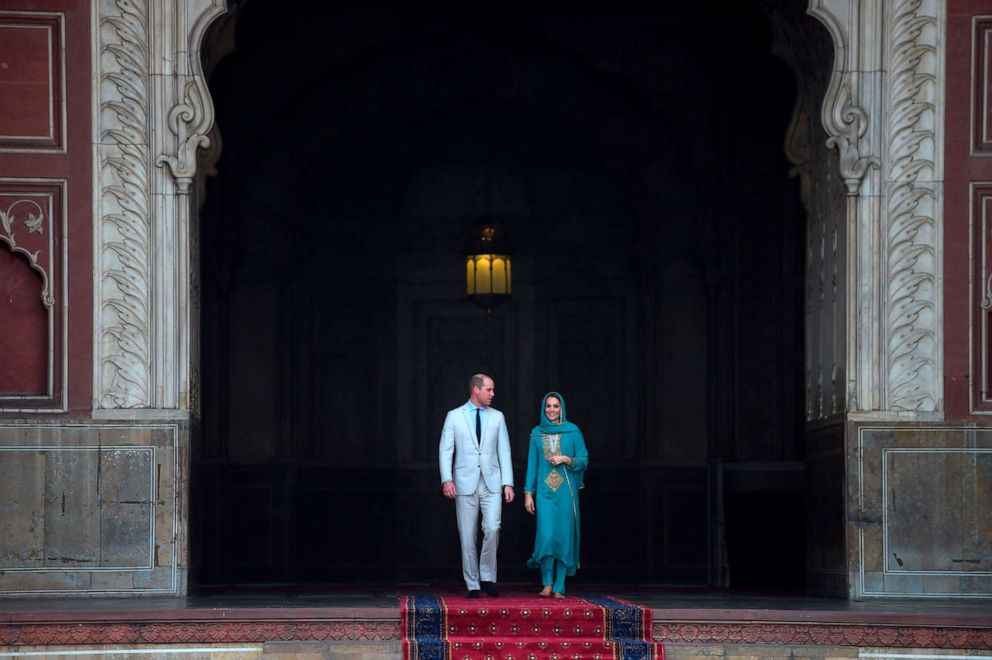 William and Kate were scheduled to return to Islamabad late Thursday but their plane was forced to turn back and land in Lahore after two attempted landings in Islamabad.

Severe weather forced the pilot of the Airbus A330 to abort landings at two different airports in Islamabad.

Prince William came back to speak with journalists on the flight once the plane safely landed in Lahore.

He inquired about everyone's safety and then joked that he had been at the controls of the plane, according to ABC News reporters on the flight.