By Good Morning America
Video by Brittany Berkowitz
Share —
Sign up for our newsletters to get GMA delivered to your inbox every morning!

Duchess Kate switched up her hairstyle, opting for curls instead of her usual straight locks, for a night out with Prince William on Thursday.

The Duchess of Cambridge revealed the new look at the annual Royal Variety Performance, a theater event that supports one of the queen's patronages, the Royal Variety Charity. The organization is dedicated to supporting entertainers who find themselves in need.

For the occasion, Kate, 39, wore a gown by Jenny Packham, according to People. This isn't the first time royal-watchers have seen her in the dress; she also wore it during her tour of Pakistan in 2019.

In September, the couple visited Royal Albert Hall for another glamorous event: the premiere of "No Time To Die." 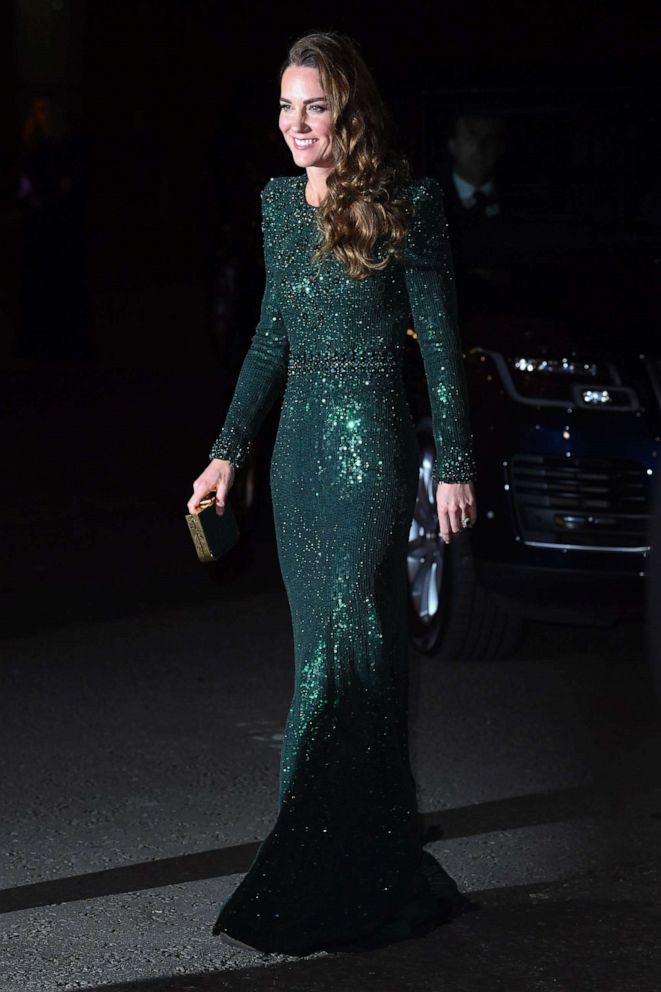