Former NBA star Dwyane Wade spoke at length Thursday about his support for the LGBTQ community, and more specifically, his 12-year-old child, whom he referred to as "she."

In an interview with "All the Smoke with Matt Barnes and Stephen Jackson," a weekly podcast from Showtime Sports, Wade shared that he has not allowed the preteen to give any public interviews, and as a result, feels an obligation to use his platform to preach equality and be an ally.

Sharing that his child, Zion, has more "strength and courage" than he does, Wade stated, "You can learn something from your kids."

"I had to look myself in the mirror when my son at the time was 3 years old and me and my wife [actress Gabrielle Union] started having conversations about us noticing that he wasn't on the boy vibe that [his elder child] Zaire was on. I had to look myself in the mirror and say, 'What if your son comes home and tells you he's gay? What are you gonna do? How are you gonna be?' How are you gonna act?' It ain't about him. He knows who he is. It's about you. Who are you?" Wade recalled. 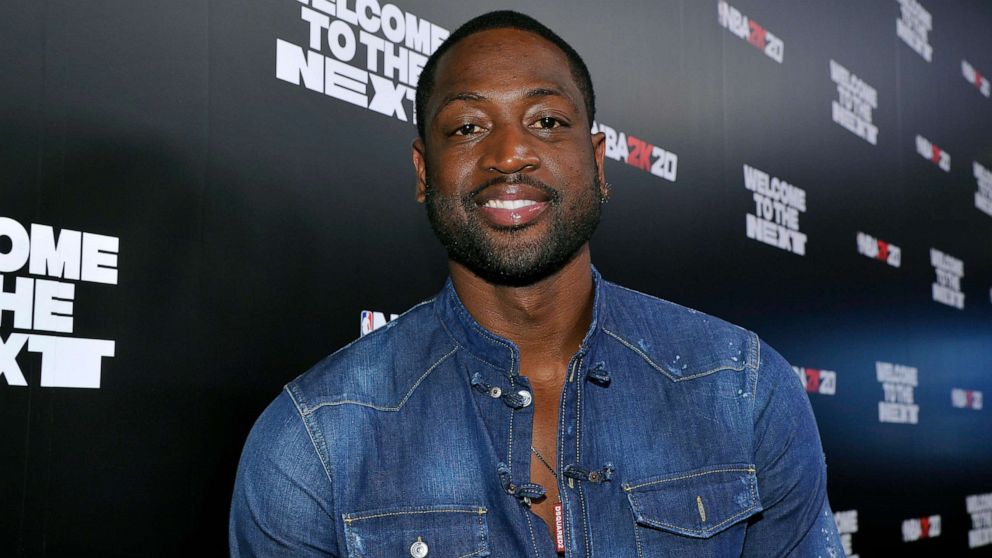 In addition to their 1-year-old daughter Kaavia, Wade and Union are raising Wade's children from other relationships -- Zaire, 17; Zion, 12; and Xavier, 6. Earlier this month, the former basketball star spoke out against hateful messages he received on a family photo in which Zion sported long fingernails and a cropped top. A similar situation arose in October, when Union hit back at a Twitter user who questioned why the actress would caption a photo of herself with Zion and Kaavia, "My girls."

"Looks like love to me," Union responded. "I truly hope that everyone gets the love, support and hugs they deserve. Also Kaav ain't with the dumb s---. Peace & Blessings good people."

Wade, 37, shared with Barnes and Jackson -- also former NBA players -- that Union, 47, is responsible for helping him disregard his previously "ignorant" mindset.

"My wife has been amazing by the way. I could say that I am the man I am from that standpoint because of being around someone who's been so cultured," he said. "When she came in she gave me some different lenses to look through of life and changed my whole perspective."

"You meet people along the way that help you take those glasses off and put on some different ones," he added.

Now, he wants others to understand that the LGBTQ community is not "different."

"The ones who don’t get it, the ones who are stuck in a box, you’re different -- not the people who are out here living their lives, man," he said. "Ultimately, you want your kids to be free and live their lives. ... Whatever you want to do, it’s my job to support you doing it. And make sure that you have all the tools you need to be as happy as you can be in this world, while you’re growing into the person that you're gonna grow into. They’re not different. They’re normal."