Sheryl Lee Ralph won the Emmy for outstanding supporting actress in a comedy series at the 2022 Emmys Monday night for her work on "Abbott Elementary" and brought the audience to their feet with her powerful acceptance speech.

After taking the stage, the 65-year-old actress held up her trophy and belted out the opening lyrics to "Endangered Species" by Dianne Reeves, a five-time Grammy-winning jazz singer.

"I am an endangered species / But I sing no victim's song / I am a woman, I am an artist / And I know where my voice belongs," she sang.

Ralph then thanked "Abbott Elementary" creator and star Quinta Brunson as well as her husband and kids before turning her attention to the audience and those watching at home. 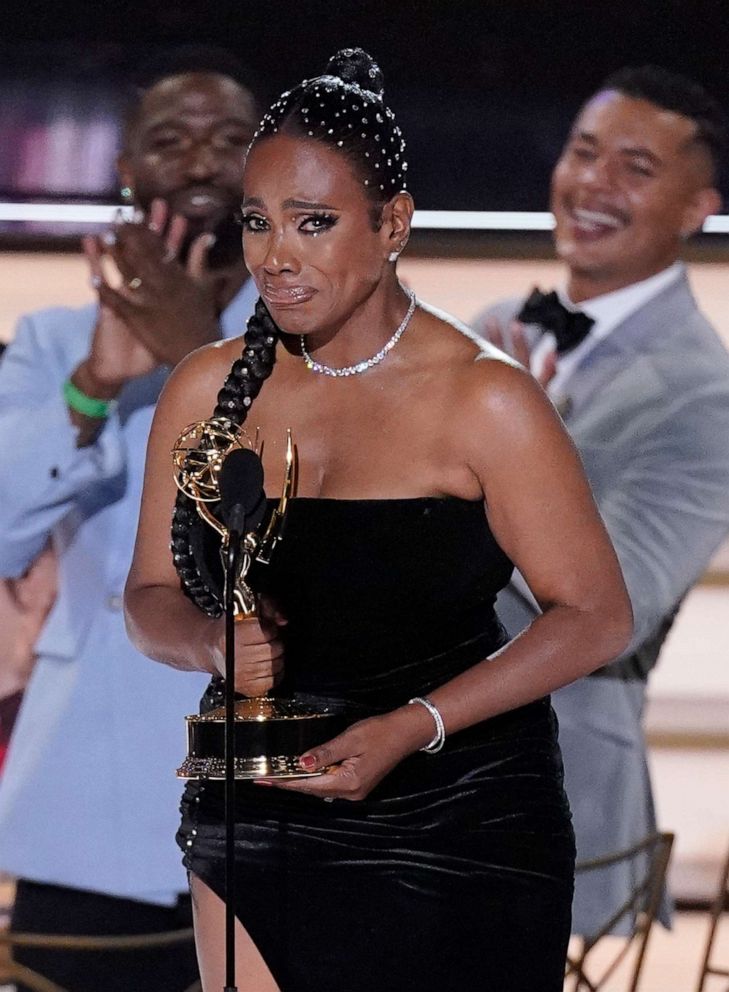 Mark Terrill/Invision via AP
Sheryl Lee Ralph accepts the Emmy for outstanding supporting actress in a comedy series for "Abbott Elementary" at the 74th Primetime Emmy Awards on Sept. 12, 2022, at the Microsoft Theater in Los Angeles.

Ralph, who plays Barbara Howard, a seasoned and pearl-clutching kindergarten teacher, on "Abbott Elementary," beat out a stacked category filled to the brim with some of the best talent on TV.

Speaking to "Good Morning America" ahead of this year's Emmys, Ralph said her first ever Emmy nomination felt like "redemption" and "vindication," adding, "It felt like I'd been seen."

This recognition comes exactly 40 years after she was nominated for a Tony for her role as Deena Jones in the Broadway musical "Dreamgirls."

"Some people get to see and connect the dots from where they've come from to where they are, and I'm one of those people," she said of the full-circle moment. "I look at my journey and I think it has been a good one."

Ralph told "GMA" that her perseverance in the entertainment industry is "the perfect example of 'don't give up.'"