At the 74th Primetime Emmy Awards, “Killing Eve” star Sanda Oh shared a photo of herself with “Grey’s Anatomy” stars Chandra Wilson and Shonda Rhimes. The three are all smiles as they had a mini-reunion at the awards show.

MORE: Sandra Oh won't return to 'Grey's Anatomy': 'I have moved on'

Oh was on “Grey’s Anatomy” for 10 seasons before departing in 2013. She played Dr. Cristina Yang alongside actress Chandra Wilson, who played Dr. Miranda Bailey on the show. Wilson’s character’s fate was up in the air at the end of season 18 when the teaching program of Grey Sloan Memorial -- which Dr. Bailey runs -- was shut down.

In January, it was announced that “Grey’s Anatomy” would return for its 19th season.

"I couldn't be more excited that we get to keep telling the stories of Meredith, Bailey, Richard and all of the other doctors at Grey Sloan Memorial for another season,” “Grey’s Anatomy” creator Rhimes said in a statement. “This is a true testament to Krista Vernoff, the cast, the crew and all the writers who keep the audience on the edge of their seat week after week. And it would not be possible without the generations of incredible fans who have supported 'Grey's Anatomy' for so many years." 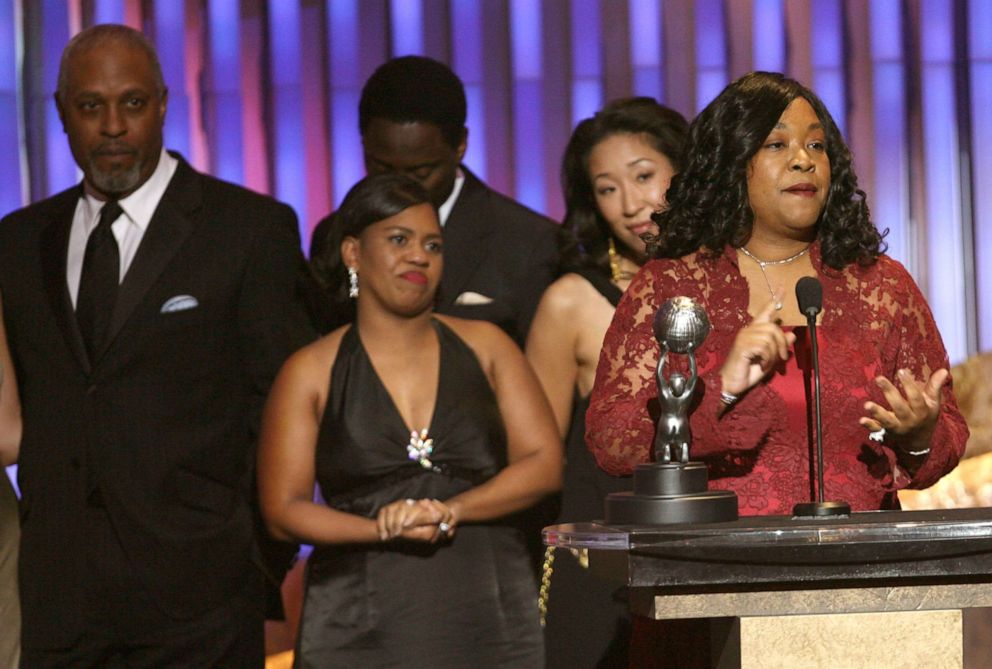 Oh was nominated last night at the Emmys for outstanding lead actress in a drama series for her role in “Killing Eve” but lost to Zendaya for her performance as Rue in “Euphoria.”

In addition to her mini “Grey’s Anatomy” reunion photo, Oh also shared photos of her and the “Squid Game” cast, “SNL” cast, a group photo of her with actors Michael Stuhlbarg and Steve Zahn, and a photo of her, Bowen Yang, Martin Short and Lorne Michaels.